Costco is a membership warehouse club with locations in eight countries. I’m not much for shopping, but Costco is my favorite store. In fact, I’ve often said that if Costco doesn’t carry it, I don’t need it.

While Costco has a bit of everything, their garden section is fairly limited, especially at this time of year (spring is the peak season). Imagine my surprise when I came across this fairly large display yesterday: 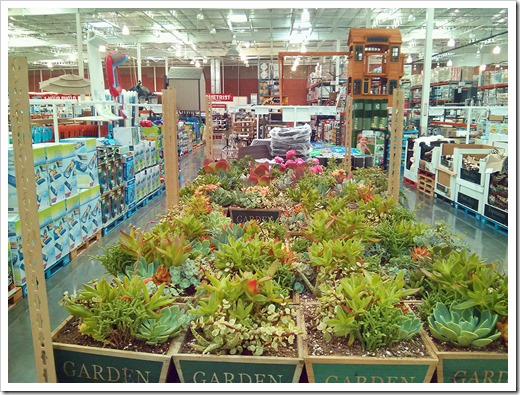 I didn’t even know where to look first, there was so much to see. Check out the variety! 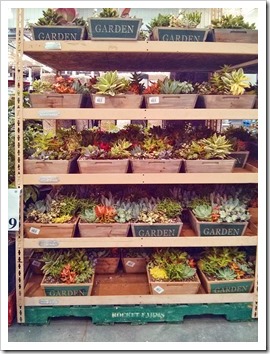 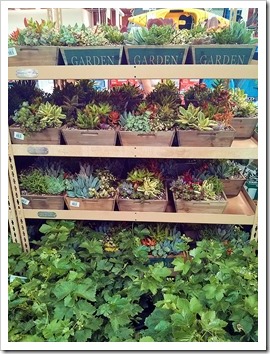 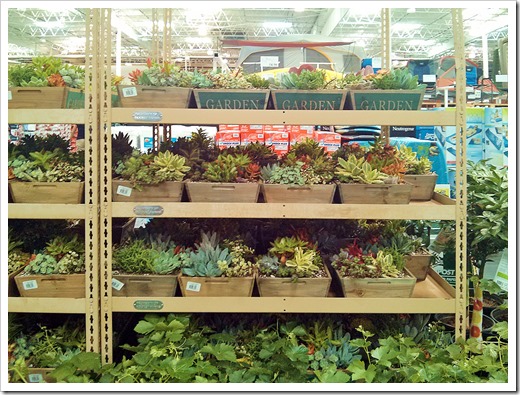 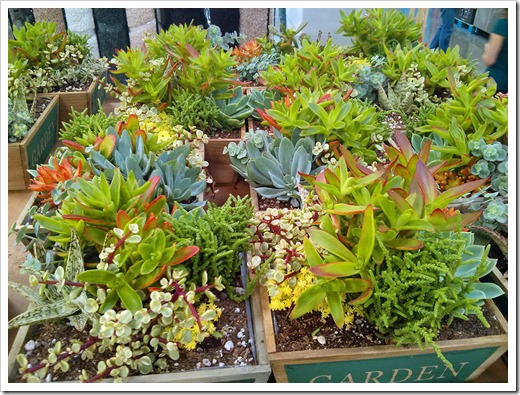 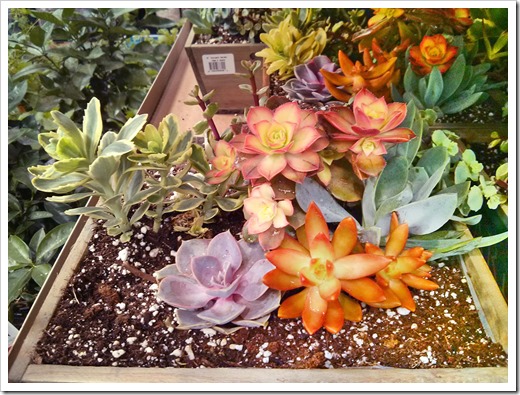 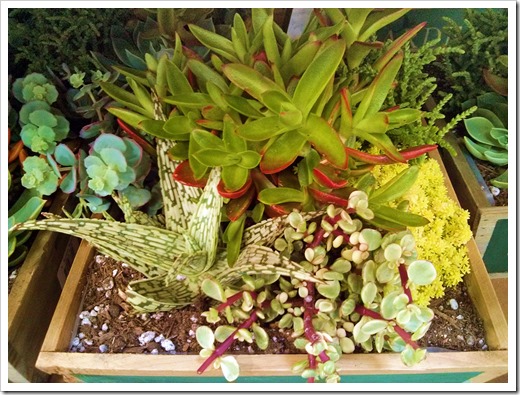 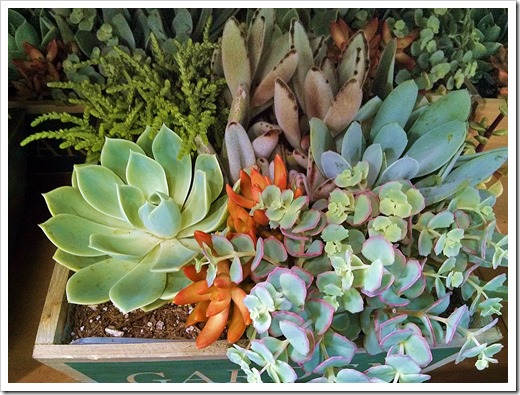 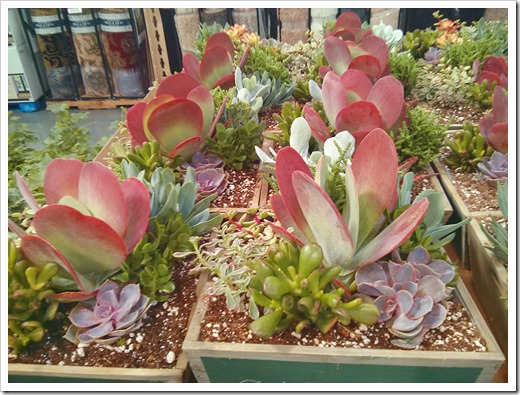 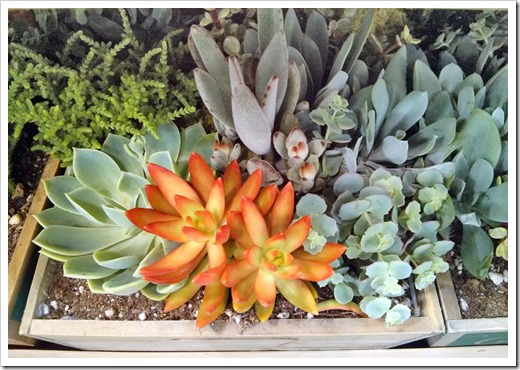 This variegated succulent was a standout: 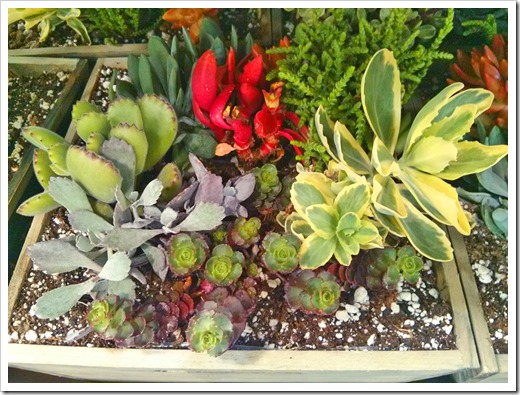 I’d never seen it before and had no clue what it was. Keith Kitoi Taylor helped me figure it out: It’s a variegated version of the popular sedum ‘Autumn Joy’, which is now in a new genus called Hylotelephium. The mystery plant is Hylotelephium spectabile ‘Autumn Charm’. 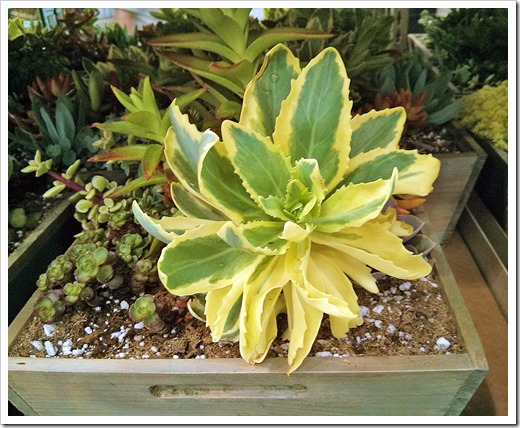 I almost bought this box just for the mystery plant but then decided to hold off. 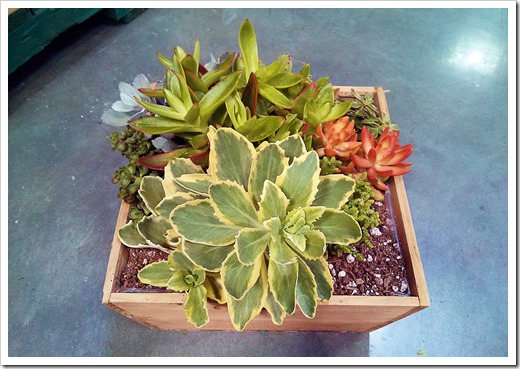 After all, the price, while not unreasonable, wasn’t a bargain either: 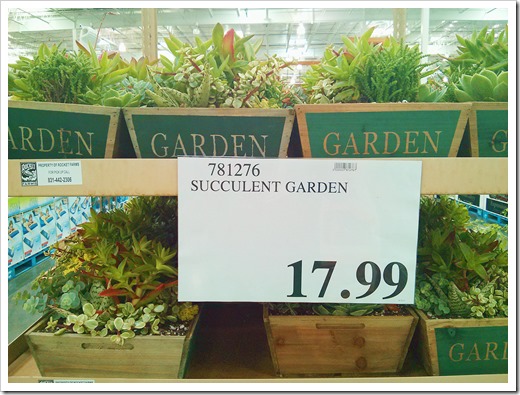 Knowing myself, though, by the time I go back to Costco I’ll wish I had bought it because the display will be gone. Things turn over very quickly at Costco!

Note: Sorry for the fairly poor image quality. The photos were taken on my phone in less than perfect lighting conditions.