Blue chalk fingers getting chopped off

If you’ve followed my blog for any length of time, you know that there is a mounded succulent bed next to our front door. It’s in its fifth year old now and has turned out better than we’d ever hoped. But as with any garden bed, occasional maintenance is required to keep it looking neat. If you take a close look at the first two photos, you’ll see inquisitive blue fingers crawling through the plantings. 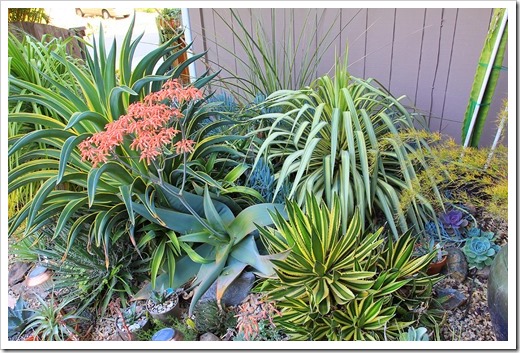 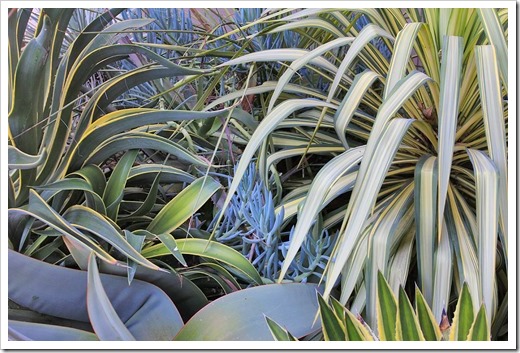 Here’s a view of the rear of the bed… 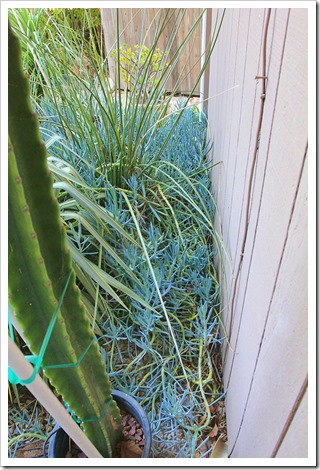 …a close-up of a particularly nosy tentacle… 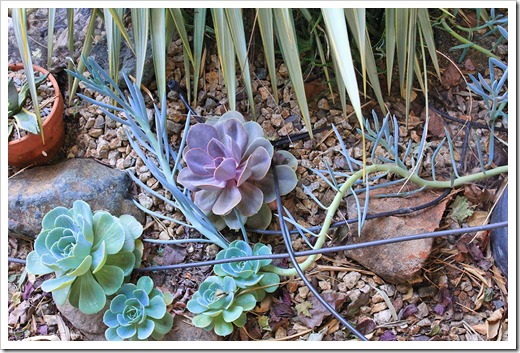 …and a view of the front left of the succulent bed. 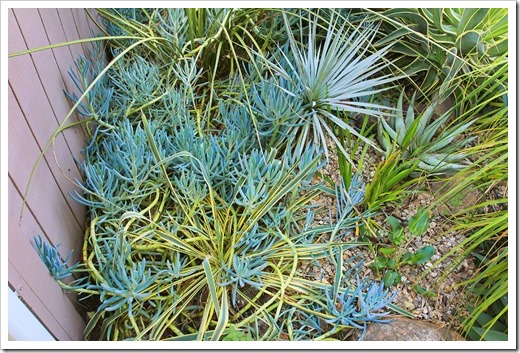 By now you’ve probably recognized the culprit: blue chalk fingers aka Senecio mandraliscae (or, according to some sources, Senecio talinoides var. mandraliscae). There are few, if any, plants this blue!

This spreading succulent from South Africa produces stems that crawl along the ground and eventually form fairly dense mats. It’s very drought-tolerant but grows more quickly with regular irrigation. Senecio mandraliscae is perfect for larger areas but in our relatively confined succulent bed, it was getting just a tad out of hand. Fortunately, removal is quick and easy. All you need to do is grab and pull; the stems snap off quite readily.

Here is a “before” and “after” comparison: 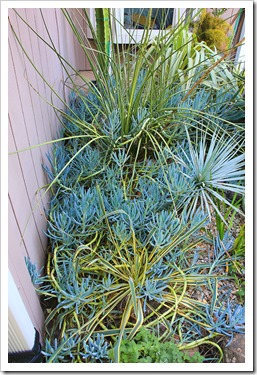 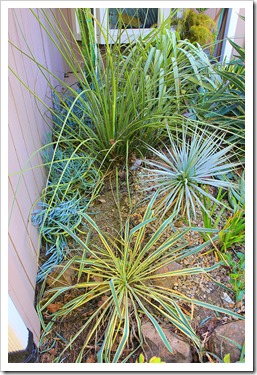 And a close-up of this area after removing 2/3 of the stems: 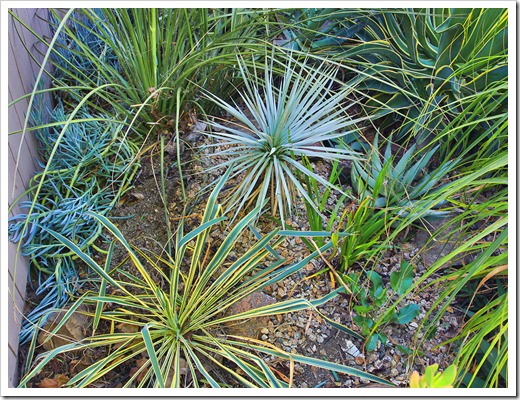 I separated the stems I’d taken off into two piles: The top portions (on the right in the next photo) were saved as cuttings for propagation, and the mostly leafless stems went in the yard waste. 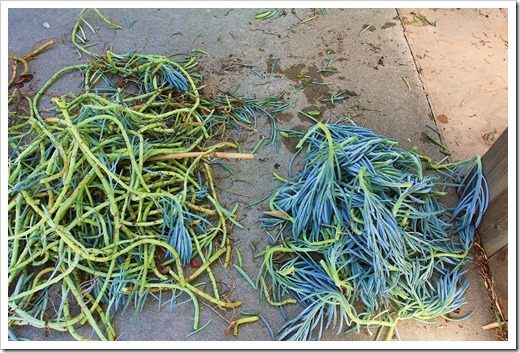 Like so many succulents, Senecio mandraliscae is extremely easy to propagate. Simply stick a cutting in well-draining soil and it will begin to root within a week.

The cuttings you see below went to my friend Sue for her project at Woodland High School. 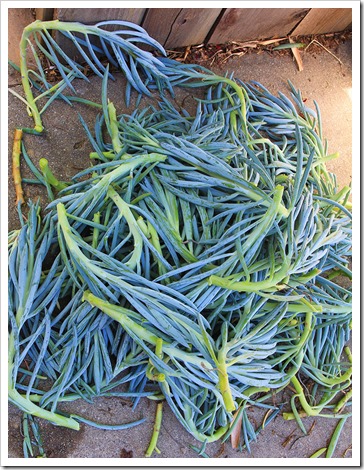