On my recent visit to the UC Botanical Garden (UCBG) in Berkeley, I first strolled through the Southern African Collection where many aloes were blooming and then through the New World Desert Collection with its myriad agaves, yuccas, cacti, and terrestrial bromeliads. After so much spikiness, I was ready for something more gentle. Fortunately, I didn’t have far to go because the Asian Collection borders both the Southern African and New World Desert Collection.

The contrast couldn’t have been greater. One of the first sights I saw when entering this verdant forested environment, was this: 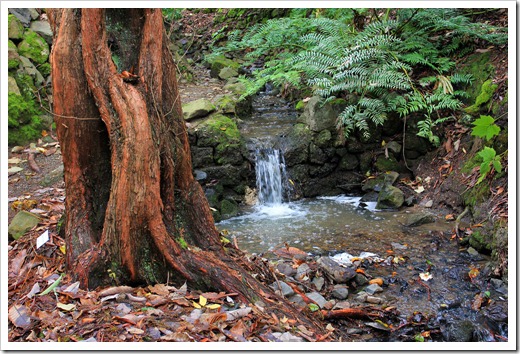 According to the UCBG web site:

The [Asian Collection] includes much of the Asian continent.  The majority of this collection comes from temperate climate and subtropical areas of China, Japan, Korea, Siberia, the Kamchatka Peninsula, and the Himalayas.

Many favorite garden plants from Asia were introduced to Western horticulture by late 19th- and early 20th-century collecting expeditions.  These include magnolias, rhododendrons, camellias, peonies, maples, and bamboos. 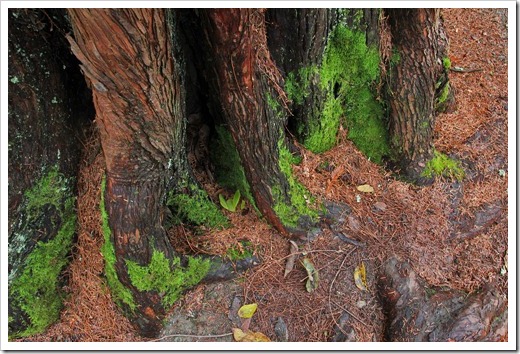 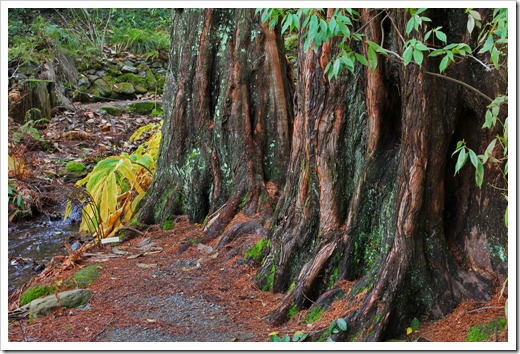 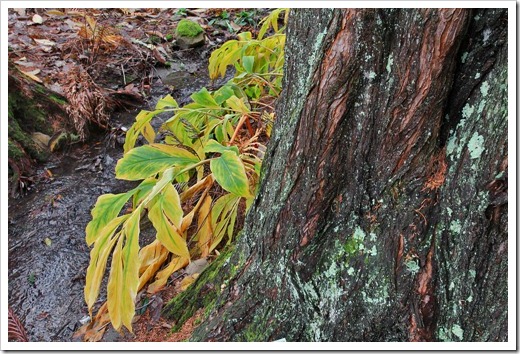 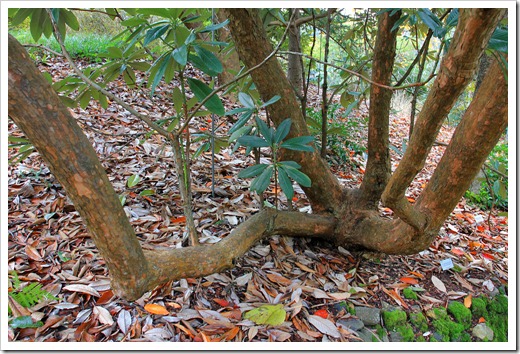 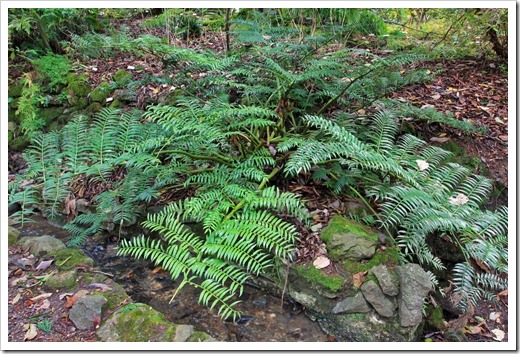 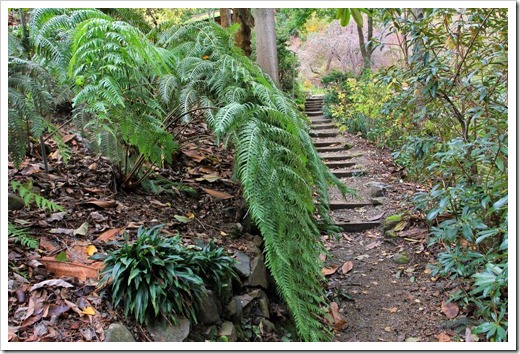 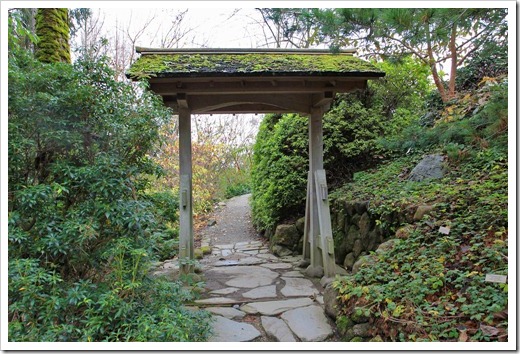 While small, the Japanese Pool with its gentle waterfall and stone lantern is a peaceful setting much loved by visitors. The entire display had originally been used in the 1939 San Francisco World’s Fair and was donated to the UCBG afterwards. 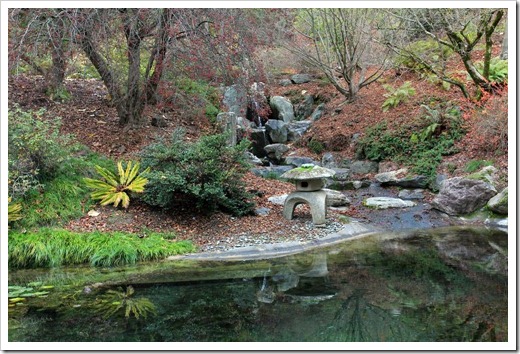 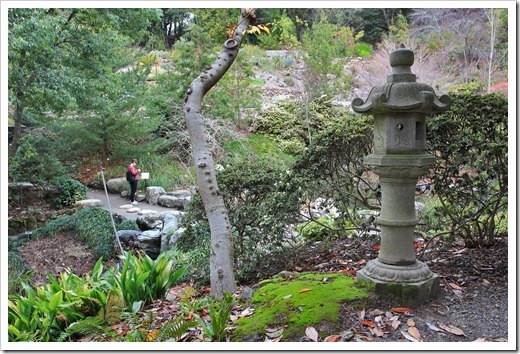 Another stone lantern near the Japanese pool 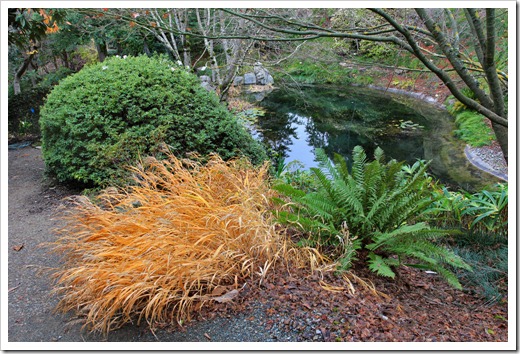 Japanese forest grass (Hakonechloa macra) in all its fall glory

Further along the trail I came across several camellias in full bloom. What a sight for sore eyes in the middle of winter! 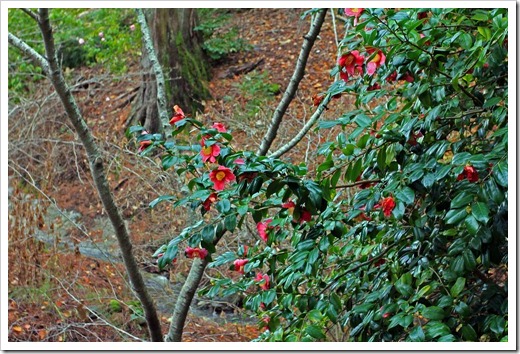 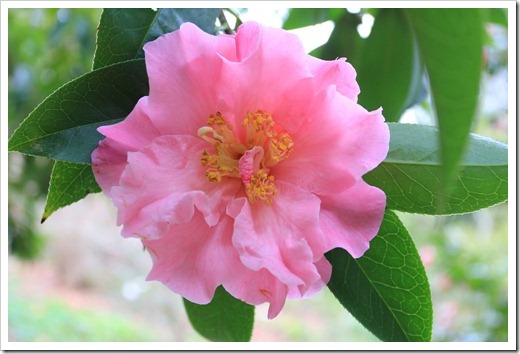 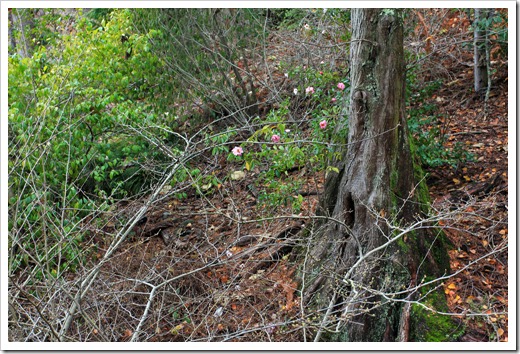 Unlike the San Francisco Botanical Garden, the UCBG doesn’t have much in the way of bamboo but there is a nicely maintained stand of Phyllostachys vivax at the eastern edge of the Asian Collection. 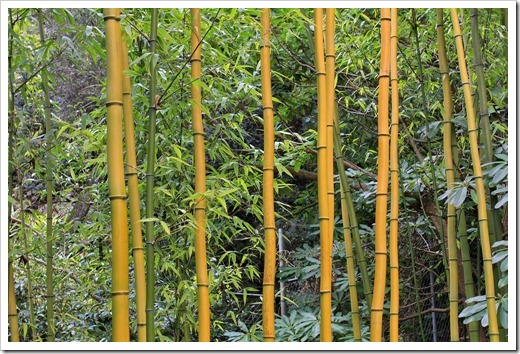 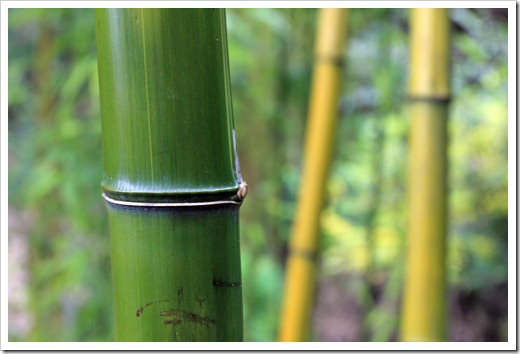 Right across from this stand of timber bamboo is the largest and most contorted California buckeye (Aesculus californica) I have ever seen. A small sign indicates that this tree was the “first citizen along an 1890 cow path.” 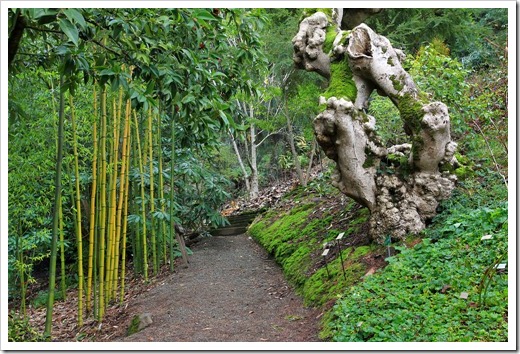 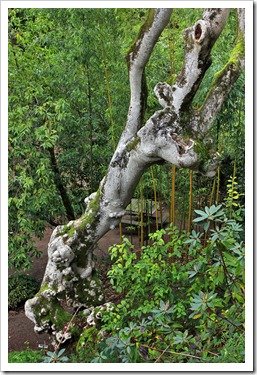 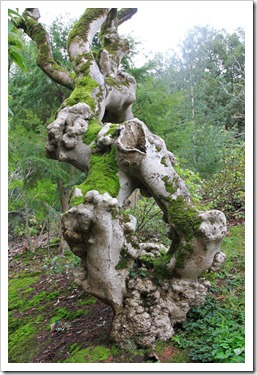 The final sight of interest was a Japanese rowan or mountain ash (Sorbus commixta). It’s related to the American mountain ash (Sorbus americana), a common sight in the Eastern U.S. and often planted as a landscape tree in the Western U.S. This specimen was small, more shrub than tree, and still had some of its striking fall foliage. 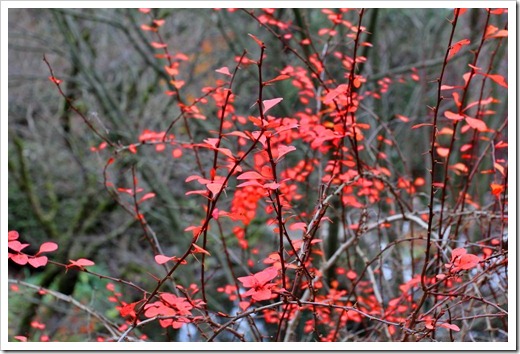 I hadn’t intended to visit the Asian Collection on this trip, but I’m very glad I took the time. Walking through this peaceful part of the garden was one of the highlights of my visit.