Our friends in Alaska have given us a belated Christmas present: an enormous artic cold front. And it’s the gift that keeps on giving because it isn’t in a hurry to move on. This morning’s top weather story on Yahoo! called it an “epic cold snap” and talked about the citrus growers in San Diego County, 500 miles south of here, bringing out giant fans to keep the air circulating through their orchards. And the San Diego zoo has cranked up the heat—literally—for its tropical birds and chimpanzees.

This morning, the view from upstairs was decidedly chilly. 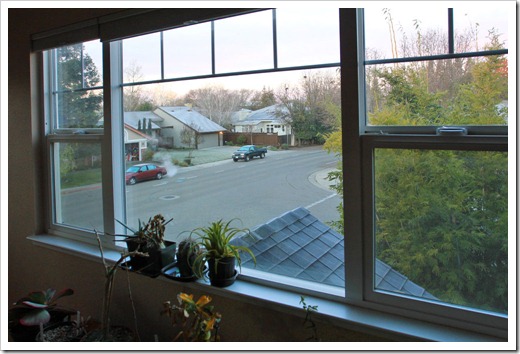 According to my weather station, the low in the backyard, which is somewhat protected, was 29°F. In front of the house it was probably a couple of degrees colder. 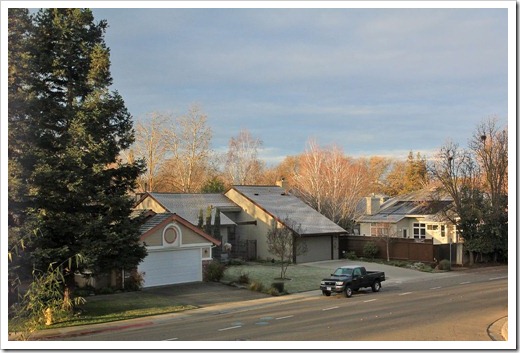 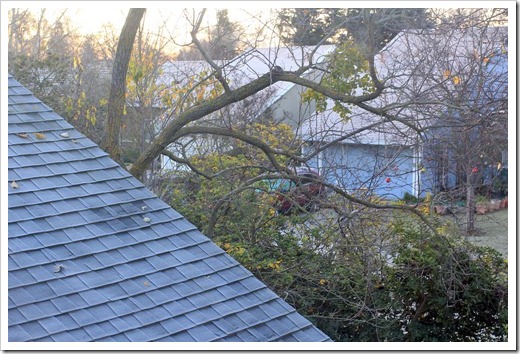 A few days ago I got all our frost blankets out of storage and began to install them. We still had Christmas lights draped over the succulent bed by the front door, and the extra boost in warmth, however small, no doubt helped. 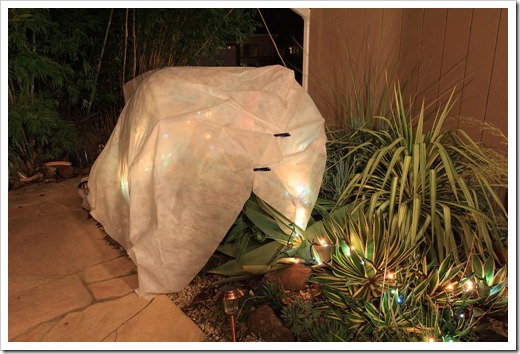 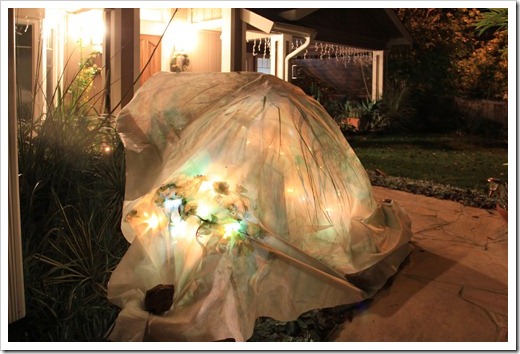 We also draped frost cloth over the lime tree at the foot of the driveway but it’s proved to be too small to cover the whole tree. Luckily, the large C9 Christmas lights, which produce quite a bit of heat, provided extra protection. 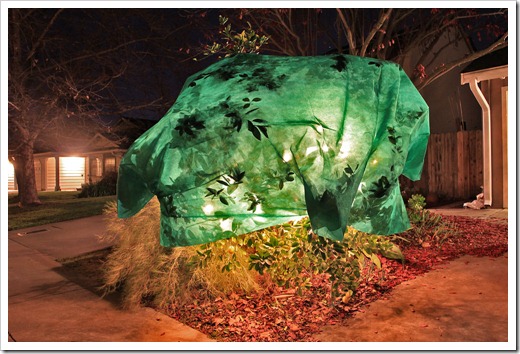 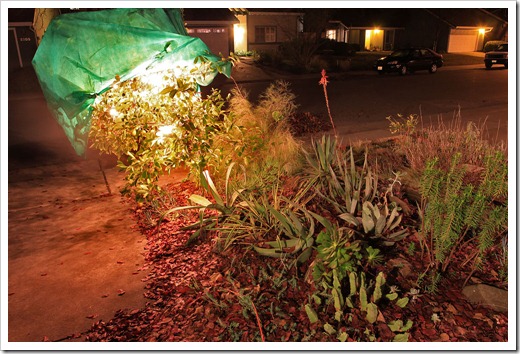 The shadows on the frost cloths are quite beautiful. 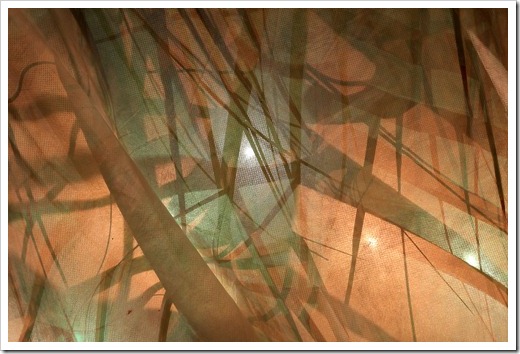 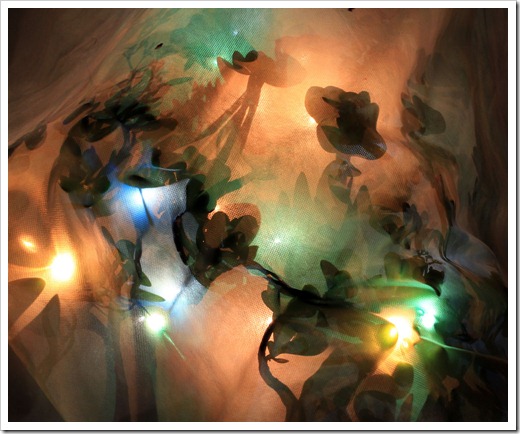 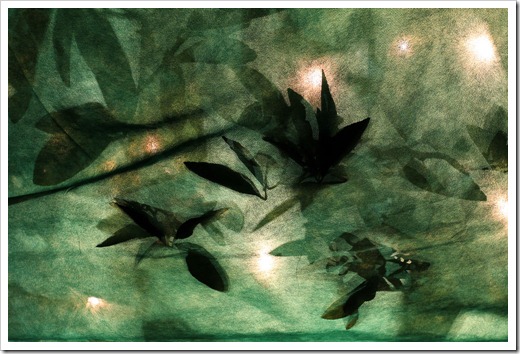 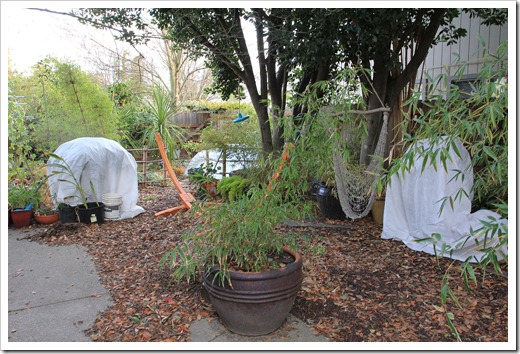 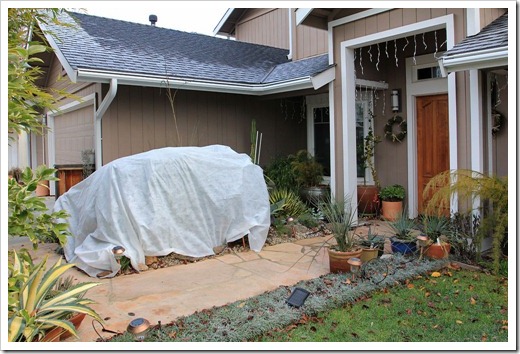 …I had to resort to other means to protect additional plants. Old sheets work in a pinch… 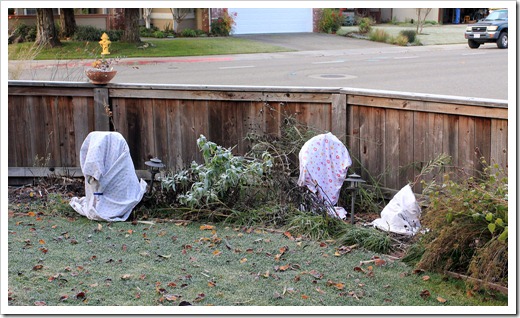 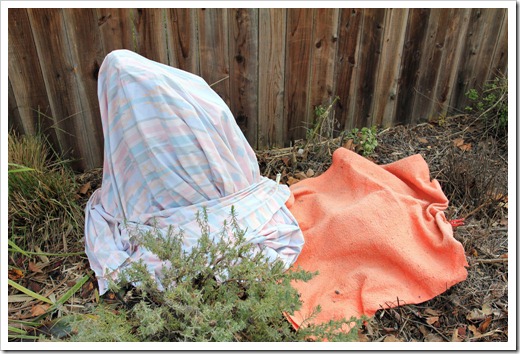 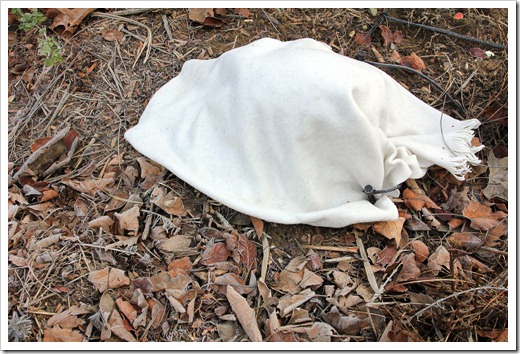 Want to see what’s under the blankie? A tower of jewels (Echium wildpretii). Looks like it survived the night just fine (the soil was only very slightly frozen under the blanket). 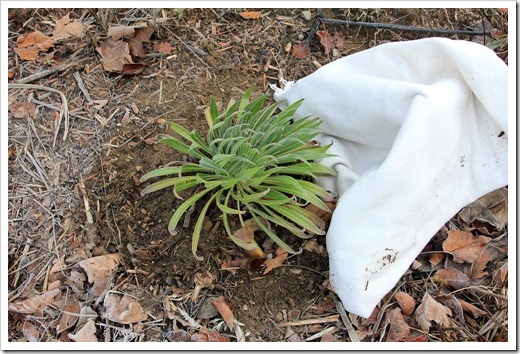 In the backyard I also used old sheets to protect the aeoniums. 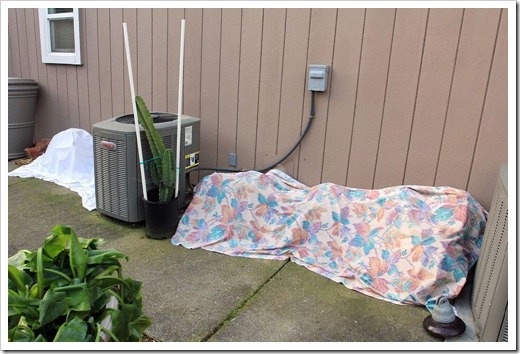 Quite a few plants are right up against the house (there’s a roof above the front door and porch) and don’t get extra protection. 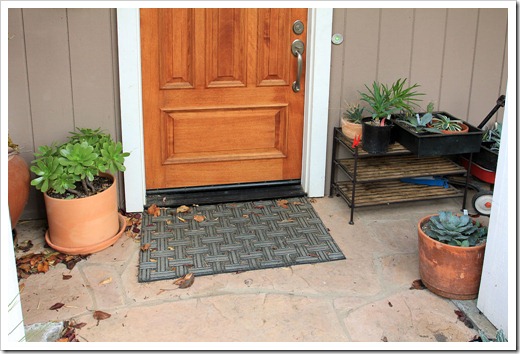 The soil in these pots wasn’t frozen so temperatures had stayed above 32°F. 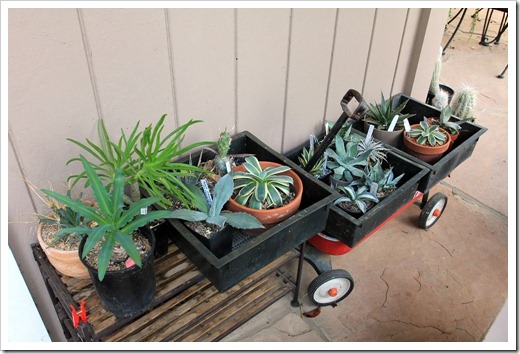 A few other plants that normally live outside got moved into the garage for the night. They’ll be stuck there, in the dark, until this cold snap has moved on. 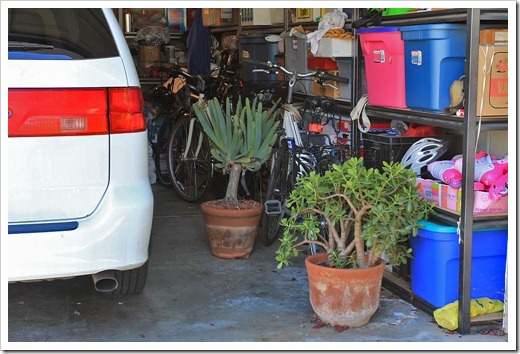 The current weather report forecasts a low of 28°F for tonight, which would be the coldest night yet, followed by three nights of 30°F. While these aren’t extreme temperatures for gardeners in most parts of the country, we simply aren’t used to prolonged periods of frost. Personally, I hate the cold and would much rather be in Hawaii or Southern Mexico right now.