In the past, I used to receive stacks of plant catalogs in the mail. But with printing and mailing costs continuing to rise, fewer and fewer mail-order nurseries send out catalogs. While I completely understand the need to reduce costs, I do miss sitting on the couch looking at page after page of colorful photographs.

Fortunately, the same information and images that used to be disseminated through catalogs are new online. A simple Google search led me to hundreds of new plant introductions for 2013. Here are some standouts, good and bad:

This pink ceanothus is hardy to zone 6a. Personally, I prefer the indigo-flowered cultivars such as ‘Victoria’ but if your color scheme calls for pink, this would be a good choice.

I love oakleaf hydrangea but have found it impossible to grow in our garden. This new cultivar is slightly smaller (to 6 ft.) than the species but has the same large flowers. The overall impression is one of understated elegance.

More Gatsby! F. Scott Fitzgerald would be proud. These are double-flowered cultivars and potentially even more impressive than ‘Gatsby’s Gal’ but the overall size is larger (up to 10 ft.) Yes, I have oakleaf hydrangea envy! 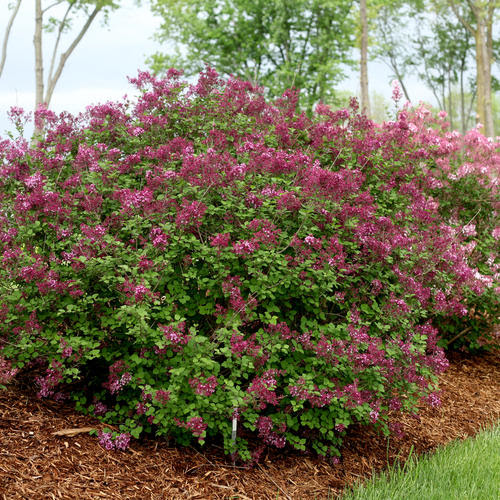 Another reblooming lilac, this one promises larger and darker purple flowers. It blooms profusely in the spring, like all lilacs, and then again from mid-summer to frost. Lilacs are iffy to grow in our climate anyway (not enough chill hours in the winter) so we’ll never see this in our part of California. But if you live in zones 3a to 7b, this one is for you!

I appreciate shade-tolerant foliage plants that come in colors other than green. That way you have visual interest year round, even without the flowers. This new pigsqueak cultivar is intriguing. I’m not sure how it looks when it’s in bloom (the flowers are magenta and might clash with the leaf color) but I’d give this a try.

As far as hardy ice plants go, you can’t do better than with delospermas. They are extremely undemanding, hardy to zone 5, and bloom like crazy in the spring. This new cultivar is a showstopper—whether in a good or bad way depends entirely on your taste. I can’t make up my mind whether I like it or not. The orange petals and the magenta centers are quite garish.

Finally a variegated Joe Pye weed! I love the creamy foliage together with the purple flowers. Unfortunately, I’ve had no luck growing Joe Pye weed in our garden. Seeing how it’s a zone 4-7 plant, our summer heat is just too much for it. Which means I won’t be able to enjoy this new beauty either.

I didn’t discover geums until last summer but now I’m a convert. ‘Fire Storm’ has semi-double flowers that glow a vivid orange. The overall plant height is only 12” so it’ll make a great plant for the front of your perennial border. 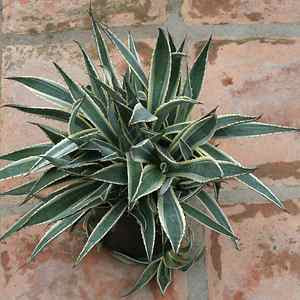 A sport of Agave ‘Cornelius’, this cultivar has a white stripe along the outside of the leaf as opposed to the much wider yellow stripe in ‘Cornelius’. I think this makes for a very elegant look. While ‘Cornelius’ is solitary (at least mine is), ‘Quasimoto Streaker’ suckers prolifically. 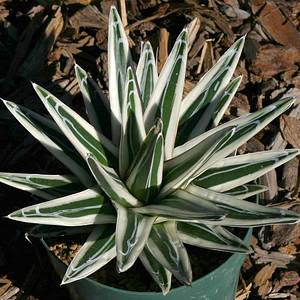 Wow! The leaf margins are edged with white bands, which gives my favorite agave a whole new look. San Marcos has been growing this very special cultivar since 1997 and now they finally have enough stock to offer it for sale. Xeric Growers has a very similar cultivar called ‘White Rino’. I MUST HAVE ONE! 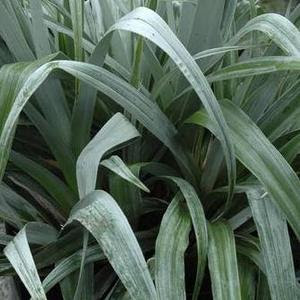 ‘Silver Shadow’ is a hybrid between Astelia chathamica (native to the Chatham Islands off the coast of New Zealand) and Astelia nervosa (native to New Zealand’s North Island). It has smaller leaves than the regular Astelia chathamica, which has become a common sight in our nurseries, and has a silvery overlay both on the upper and lower leaf surface. I like the quiet elegance of this new cultivar. 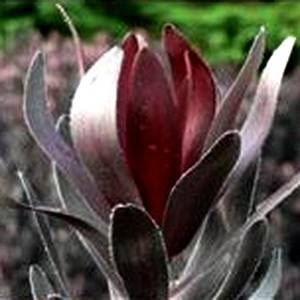 This Leucadendron salignum cultivar has blackish-purple foliage with burgundy bracts surrounding the flowers, which appear from late winter to early summer. It’s hardy to the mid-20s and tolerates some clay and alkalinity. This is a stunning new leucadendron that would look great paired with my all-time favorite ‘Safari Sunshine’. 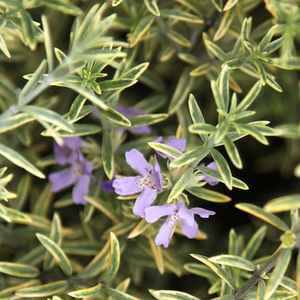 Variegated Australian rosemary! Not related to the genus Rosmarinus, this compact 3-4 ft. shrub would make a great foil for echinaceas and other perennials with bright flowers. Unfortunately it’s only hardy to 25°F so zone 9b and above.

These are just two of 14 (!) new Amorphophallus introductions from Plant Delights! Most of them require a tropical climate (or at least a greenhouse in the colder seasons) but ‘Thailand Giant’ is “hardy” to zone 9. In the wild, this selection grows to a massive 9 ft. (!).

I recently bought a variegated cast-iron plant and have been on the lookout for other interesting cultivars of Aspidistra elatior. ‘Snow Cap’ would look fantastic in a shady corner of our back yard.

This hybrid between Colocasia esculenta and Colocasia gigantea has grayish black leaves and promises to grow to 5 ft. The leaf color may not be everybody’s cup of tea, but I can see it combining really well with bright green elephant ears such as 'Ruffles'.

At 3ft., ‘Slim’s Orange’ is much more compact than other ginger lilies—and has stunning flowers. It would make a great replacement for the kahili ginger (Hedychium gardnerianum) in the tropical bed in our front yard. That one is over 6 ft. tall and tends to flop over in the loose, moist soil it prefers. ‘Slim’s Orange’ is on my short list of must-have plants for 2013.

Who would have thought that it’s still possible to discover a new yucca species in our day and age! Even more surprising, this one is from East Texas, hardly terra incognita. Hardy to zone 7, Yucca cernua forms a shapely 2x4 ft. rosette and produces a 10 ft. flower stalk. It’s a candidate for the U.S. Endangered/Threatened list; if that happens, commercial propagation and distribution may stop, so get this while you can.