Another one (or two) bites the dust

Recently I noticed that one of the agaves in the backyard, Agave funkiana ‘Blue Haze’, wasn’t looking too hot. Within a few days, my worst fear was confirmed: crown rot. When a succulent rots from the center, the outcome is almost always fatal. 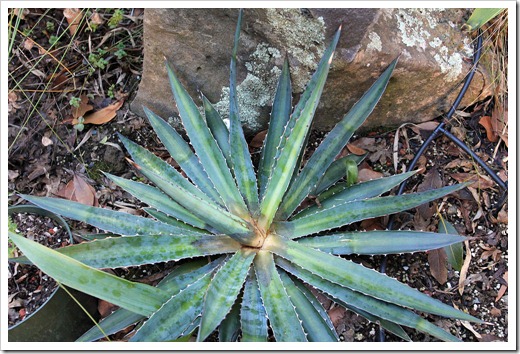 Looking at the extent of the rot, and how quickly it progressed, I knew that this beautiful specimen was a goner. 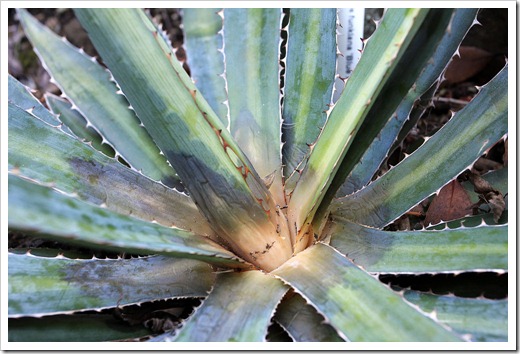 What could have happened? In the winter, agaves—like virtually all succulents—have two main enemies: excess moisture and cold temperatures.

Moisture: At the end of November, the Pineapple Express came through the Sacramento Valley and dumped a fair amount of rain. Since then, it’s been fairly dry, with only an occasional shower. While the soil in this planting bed wasn’t dry, it was soggy either.

Cold: This winter hasn’t been extraordinarily cold—night-time lows haven’t gone below 27°F—but we did have an extraordinarily long cold spell that started right at the beginning of January. For two weeks solid, temperatures at night were below freezing. Somebody told me that it’s been 20 years since we’ve had such a long cold streak.

My Agave funkiana ‘Blue Haze’ has been in the ground for four years and has sailed through three winters without any protection (it’s rated hardy to 15°F). The only thing that’s different this year is that prolonged cold spell so it, in conjunction with moderately moist soil, is most likely the culprit.

Looking more closely at my other plants, I found a few more victims of the winter weather:

The Agave × leopoldii ‘Hammer Time’ in the next photo shows signs of incipient crown rot. It’s in a pot on the front porch, i.e. protected from the rain. Because of that, I’m stumped as to what could have caused this. I’ll keep a close eye on this plant but if the rot spreads, there’s not much I can do. 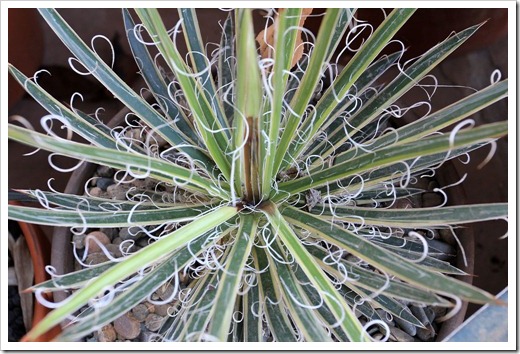 The cactus below, Gymnocalycium friedrichii, is completely dead. It simply collapsed in on itself. The pot is protected from the rain and the soil is fast draining but there might have been just enough residual moisture in the soil to do this poor fellow in. On the weekend I will remove the other four cacti that are still healthy and repot them in clean soil. 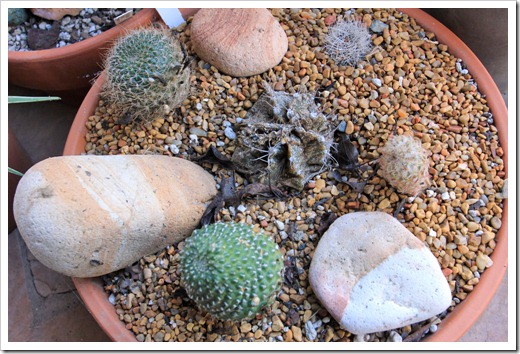 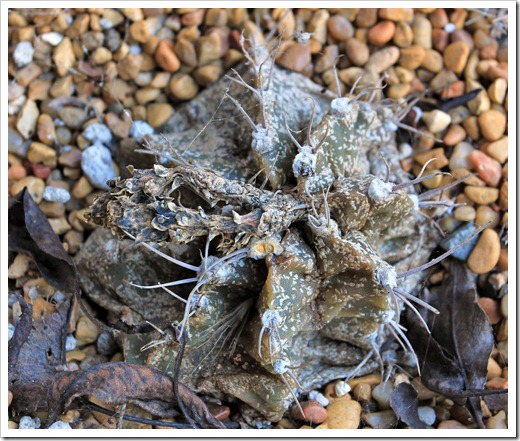 Moral of the story: Even though you may think you know a lot, plants will do what they want, when they want it