Revisiting the cordylines in our backyard

It’s been exactly two years since I last showed you the two green cordylines (Cordyline australis) in our backyard. 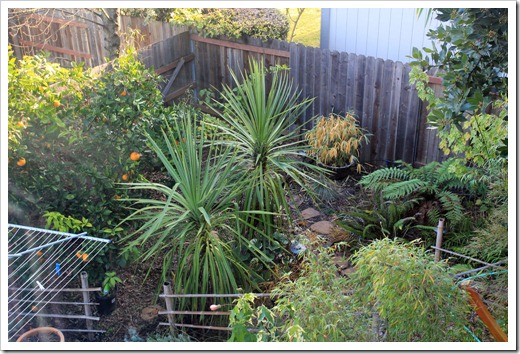 Cordyline australis in our backyard, January 2013, as seen from my home office window upstairs

They started very humbly on the sales rack at The Home Depot  where I found them in January of 2009. I then planted them in an area we were redoing: 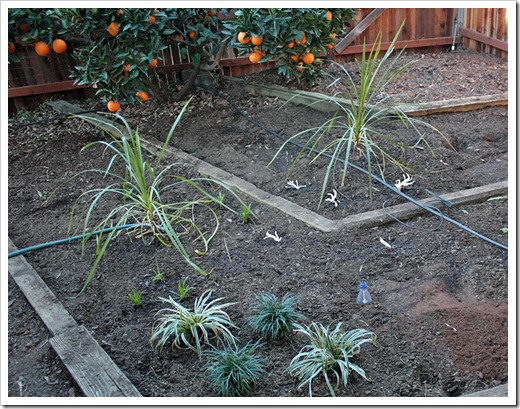 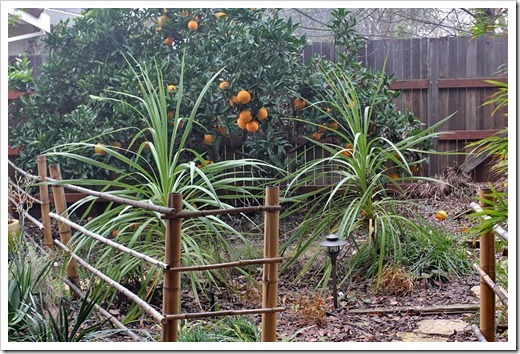 Fast forward another two years to January 2013. The cordylines are now beginning to look like trees. They are now over 6 ft. tall and their leaves are significantly longer: 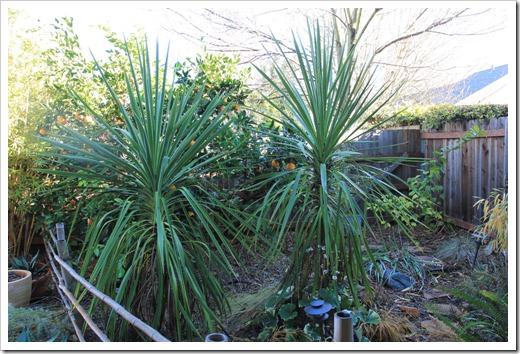 Like many plants where the bottom leaves die and become part of the trunk—palm trees, yuccas, tree aloes, etc.—cordylines need a bit of maintenance occasionally to look their best. This is no big task. Simply remove the old leaves by gently pulling straight down.

I hadn’t done this in a while so I ended up removing quite a few leaves yesterday: 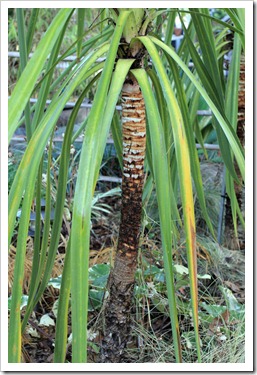 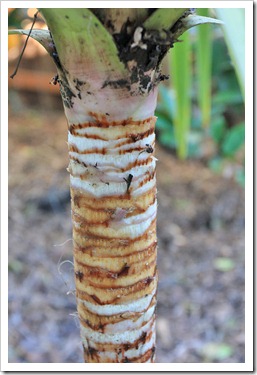 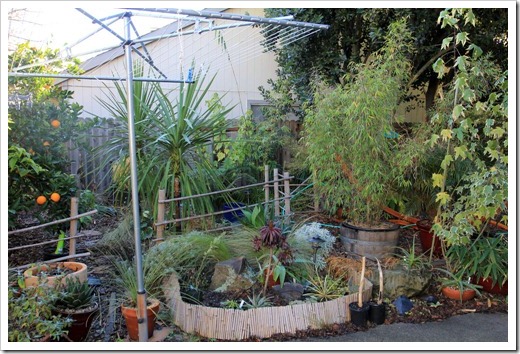 …and from a little closer: 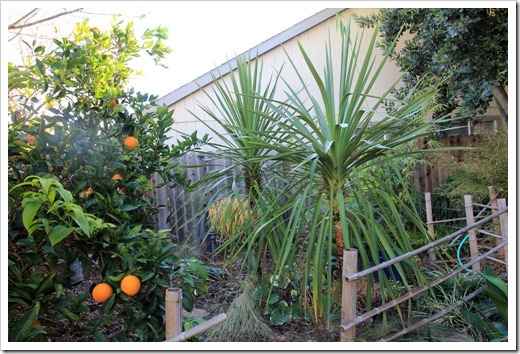 I love the textural contrast provided by these two cordylines. Since their trunks are skinny and their crowns far off the ground, I have a lot of extra room for planting right at their base.

Look what I found at the base of one of the cordylines: a new baby! 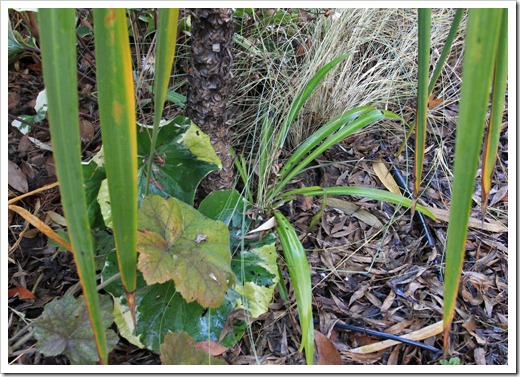 I’m not sure what I will do with the sucker because I really want two tall, narrow trees but for now I’ll leave it in place.

A note about cold hardiness: Cordyline australis, which in spite of its Latin name is actually a New Zealand native, is hardy to the high to mid teens. It has sailed through our winters with absolutely no damage and deserves to be grown more widely. While Cordyline australis cultivars are staples in area nurseries, I see very few mature trunked specimens. That’s why I was so surprised when I recently saw a trunked Cordyline australis ‘Torbay Dazzler’ at the UC Davis Arboretum: 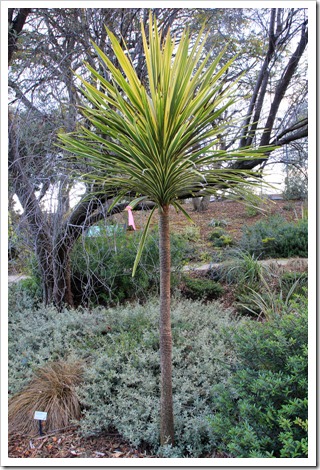