This summer my father-in-law turned 80, and today—the Saturday after Thanksgiving—he and my mother-in-law are celebrating their 50th wedding anniversary. During the course of conversation, he expressed his desire to plant a sequoia on their property—a tree that would be here for a long time after he is gone. Considering that sequoias (Sequoiadendron giganteum) can live 2,000 to 3,000 years, I think it’s a wonderful legacy to leave behind.

While not common, there are several sequoias in Mount Shasta, the town where my in-laws live. Three are planted on the grounds of the U.S. Forest Service downtown: 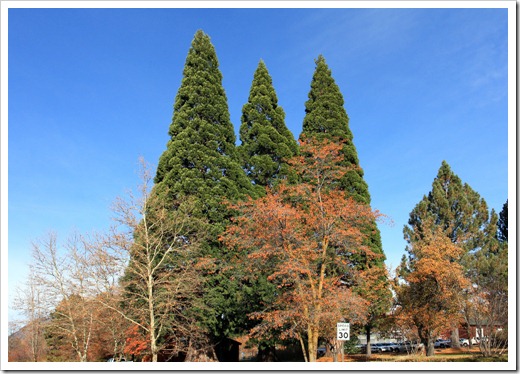 Their conical shape makes them easy to spot from blocks away.

Up close, their massive trunks are just as impressive. And these trees were planted less than 100 years ago! 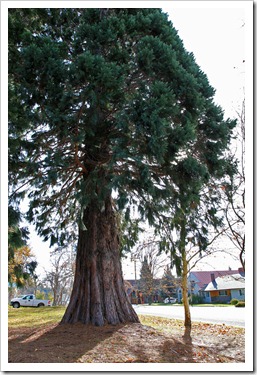 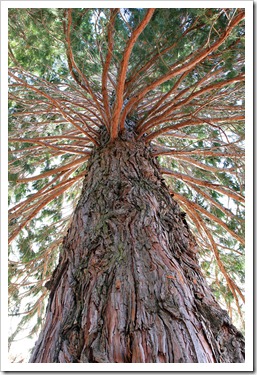 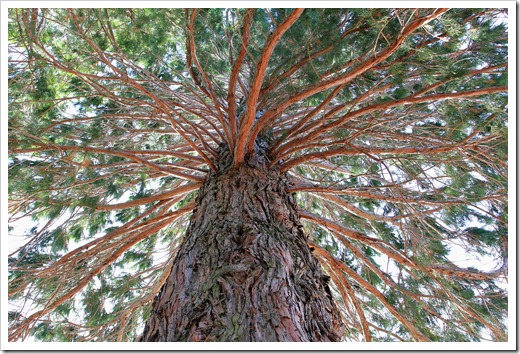 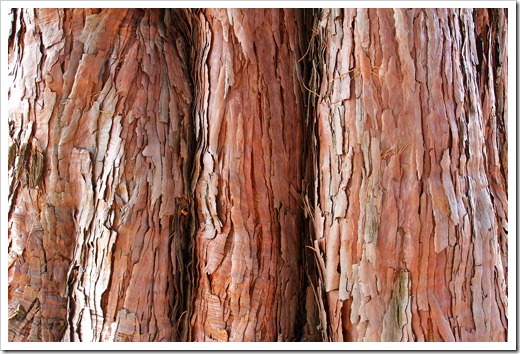 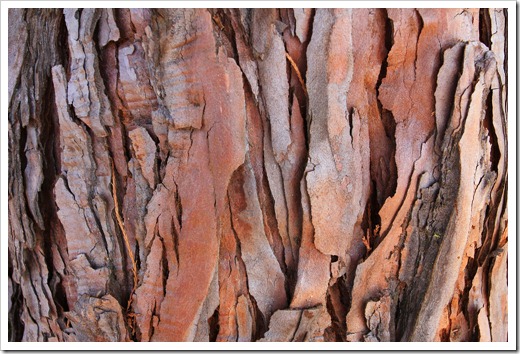 Redwood leaves resemble fir needles while sequoia leaves are scaly like a cedar: 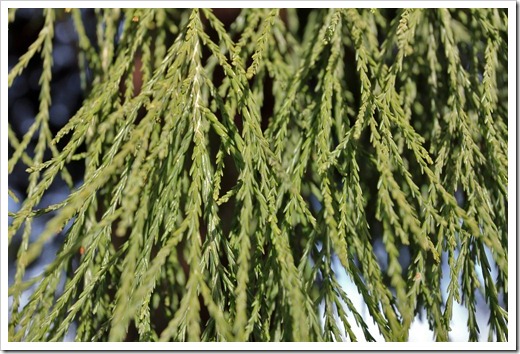 Wanting to grant my father-in-law’s wish, we called the two local nurseries in Mount Shasta but they were closed for the season (yes, nurseries in the mountains close in late fall and don’t reopen until the spring). Fortunately, another nursery, Menzies’ Native Nursery in the town of Weed just north of Mount Shasta, is open year round, and they had several seed-grown sequoias in stock.

Menzies’ Native Nursery is a very interesting place and we spent well over an hour talking to the owner, Robert Menzies. We ended up buying two sequoias, and when Bob Menzies found out that my in-laws were about to celebrate their 50th wedding anniversary, he gave them a ginkgo (Ginkgo biloba) and a Chinese witch hazel (Hamamelis mollis) as a gift. What a generous man! 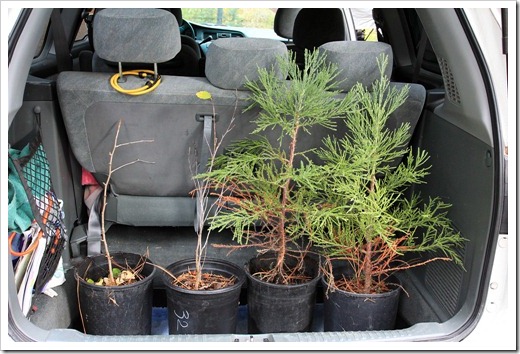 The sequoias were grown from seed and while small showed about a foot of new growth from this year (see outline in the next photo). Yes, it will be many years before they will be impressive trees, but my father-in-law will still be able to observe their growth from year to year. 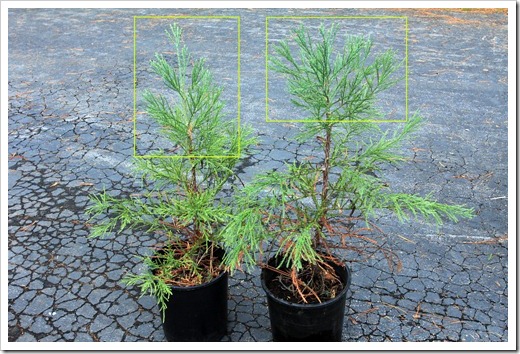 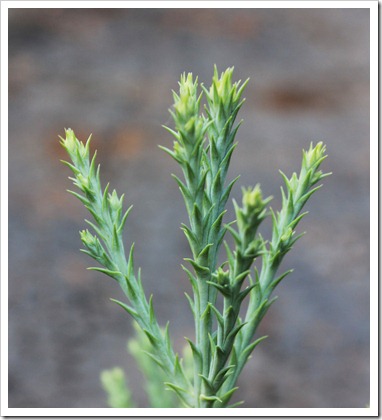 After we got back from our trip to Menzies’, we immediately proceeded to plant the trees. 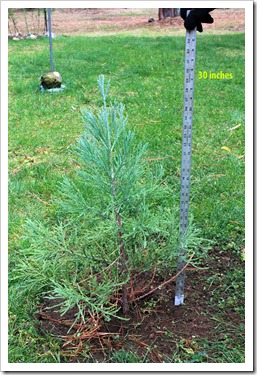 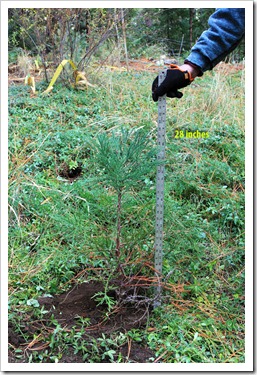 One went in the backyard, the other on the hill in front of the house. That is where we also planted the Ginkgo biloba, about 10 feet from the much larger Ginkgo biloba ‘Autumn Gold’ we put in the ground in the spring. Over time, the view from the house will be even more special than it already is. 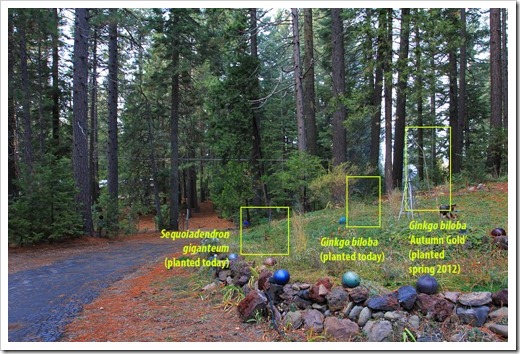 We hope that my wife’s parents will be able to enjoy their property for many more years to come. But even after they are gone, the property will stay in the family, like it has since the 1930s. Decades down the line our children will be able to look at these photos and marvel at how small these trees were back in 2012!