The California poppy (Eschscholzia californica) is not only the official flower of our great state, it’s also one of the most easily recognized flowers anywhere in the world. Travel through Europe in the spring, and you’re likely to see California poppies blooming alongside European natives. Closer to home, California poppies line country roads and blanket freeway embankments. 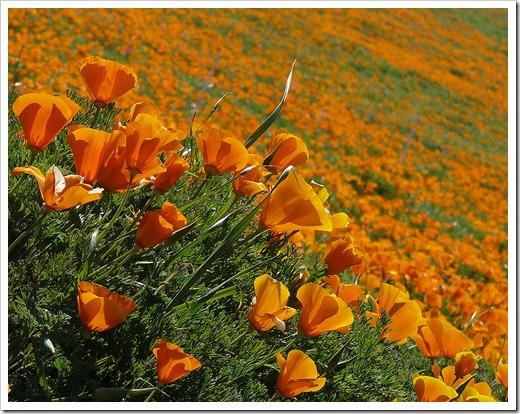 But in our garden, the California poppy has been a rarely seen guest. Sure, we occasionally get a volunteer that arrives on the wind from somewhere else but we’ve never made a real effort ourselves. Until now.

Instead of buying a couple of flimsy seed packages at a nursery or garden center, I decided to go whole hog and order a larger amount. However, I didn’t quite know much to get. Apparently there are approximately 300,000 poppy seeds in a pound. I once gave a ¼ lb. bag of poppy seed as a gift to my in-laws (so about 75,000 seeds) but their property is several acres. Ours is a fifth of an acre and I only want poppies in the front yard where they can get full sun.

In the end, I ordered two packages of 3,600 seeds each: one package is a mix (orange, white and red) and one is ‘Red Chief’, one of my favorite cultivars. 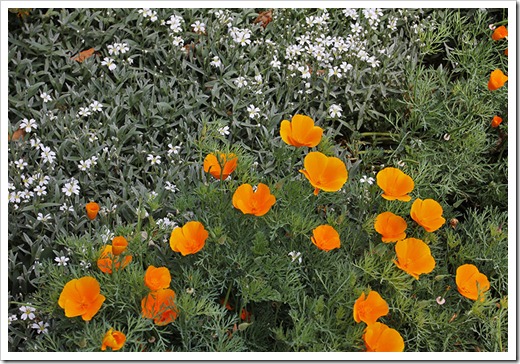 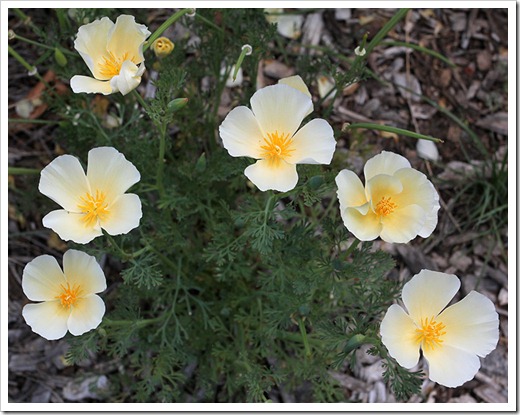 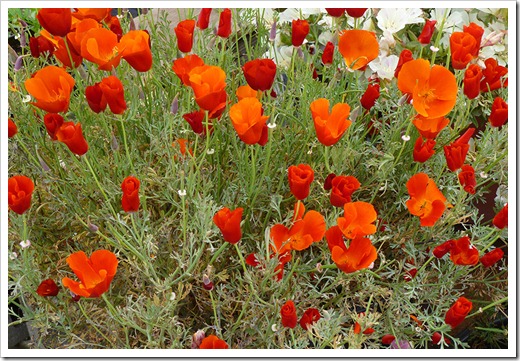 When the seeds arrived, I was a bit surprised. I had expected 3,600 seeds per package to look like, well, more. 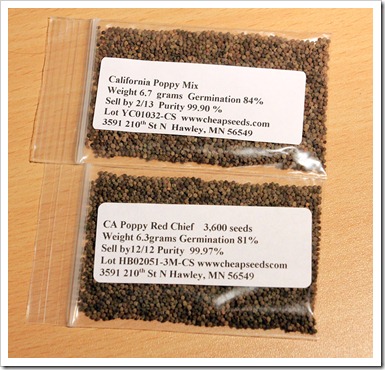 For a crazy second, I was thinking of a way to count them to make sure I hadn’t been cheated but then I had to laugh. California poppy seeds are tiny, and I’m sure I received the right amount. After all, I really only want about 100 flowering plants! 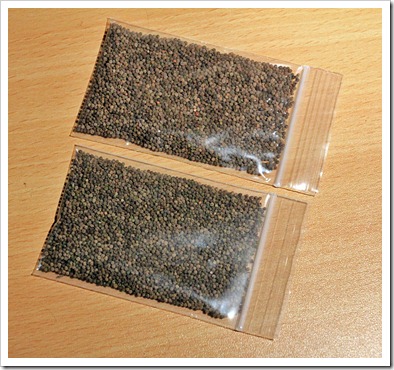 An hour ago it started to drizzle and I decided that it was the perfect time to sow my poppy seeds. I would have taken photos but there was nothing to show: After I scattered the seeds, they virtually disappeared into the dirt.

In the end, I only scattered about half of the seeds. My wife would like to sow some in the backyard, and I’ll offer the rest to our neighbors. Maybe our street will be the envy of town when it explodes in a cornucopia of poppies come spring. 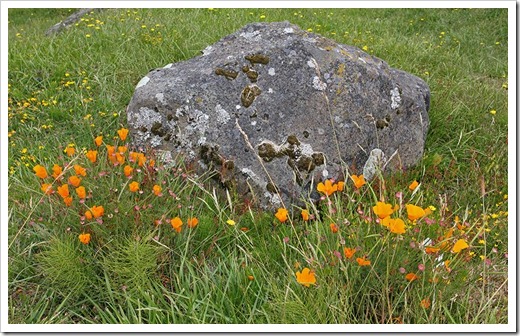