It’s been a year since I last blogged about the bamboos on my in-laws’ property in the mountains of Northern California. We planted the first one, a stone bamboo (Phyllostachys angusta), in the summer of 2010. Since then, a dozen more have been added. Most of them were 5-gallon plants, but some were as small as 1-gallon.

Let’s take a look at what I lovingly call my bamboos-in-law. Here is the bamboo garden in the backyard: 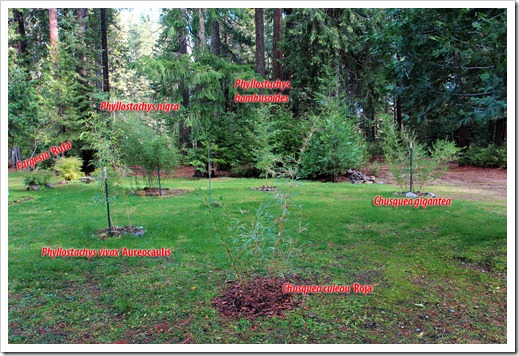 The old adage often used in reference to bamboos—the first year they sleep, the second year they creep, the third year they leap—definitely seems to apply. While there has been visible progress, it has been measured (with the exception of Fargesia ‘Rufa’, which has positively exploded). However, I expect some major upsizing to happen next year.

This Phyllostachys bambusoides started out as two culms smaller than a pencil in diameter. This year it produced a culm that is now 7 ft. tall. 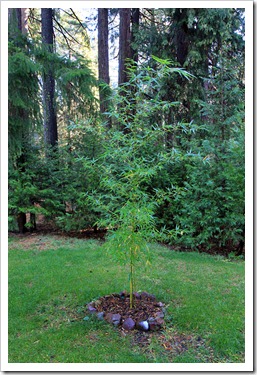 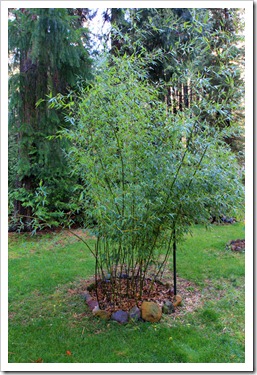 The Phyllostachys nigra seen in the next few photos has upsized the most of out any of the Phyllostachys we planted. My mother-in-law did a great job of legging up to show off the culms to their best effect. 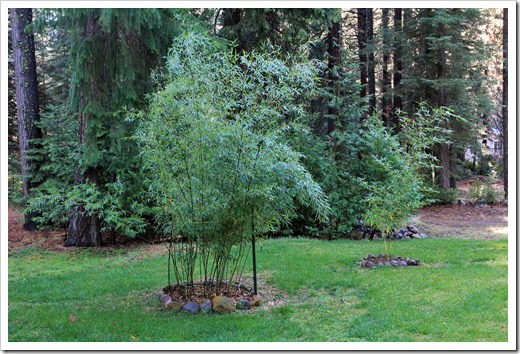 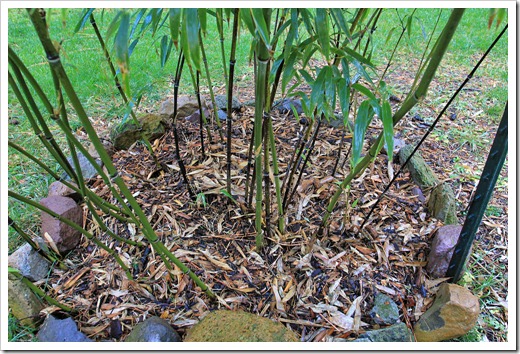 This Phyllostachys vivax ‘Aureocaulis’ was a stunning 15-gallon plant when I bought it in 2010. In the spring of 2011 it was nearly killed by voles. Fortunately, it pulled through and has put out a couple of survival shoots. It’s still smaller than it originally was but it looks to be a in perfect health. 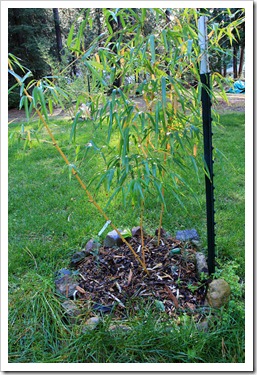 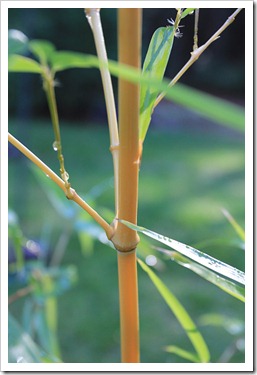 The Fargesia dracocephela ‘Rufa’ seen in the next photos started out as 1-gallon tissue-cultured plants from Booshoot. We planted them less than two years ago and they have exploded in size. 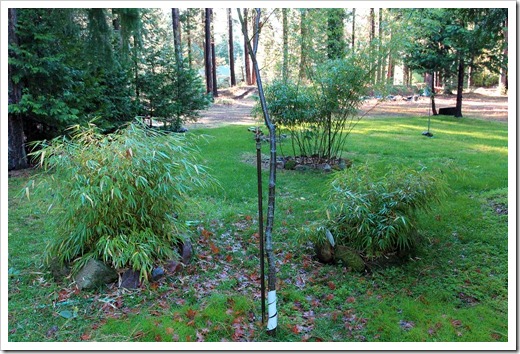 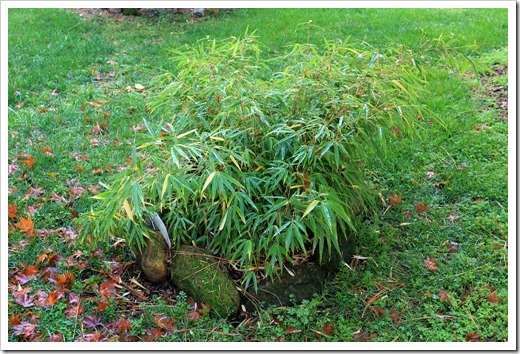 The bamboos I’m most excited about are the two Chusquea species I planted. Chusquea is a South American bamboo genus that includes both tropical species only hardy to zone 10 and mountain species native to the Andes that can survive temperatures far below freezing. While these mountain chusqueas have no problems handling California winters, even here at 3,500 ft., they dislike extended periods of summer heat, especially if it doesn’t cool off at night. I was fairly sure that they would find the climate in Mount Shasta to their liking, and judging from the progress I’m seeing, I was right on the money. 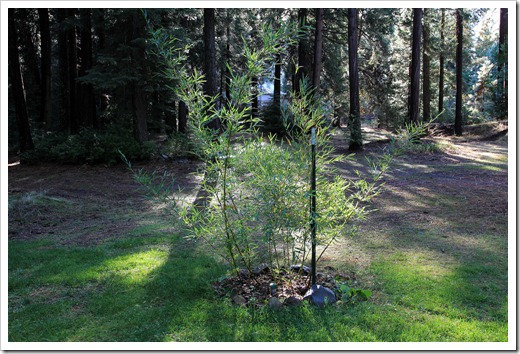 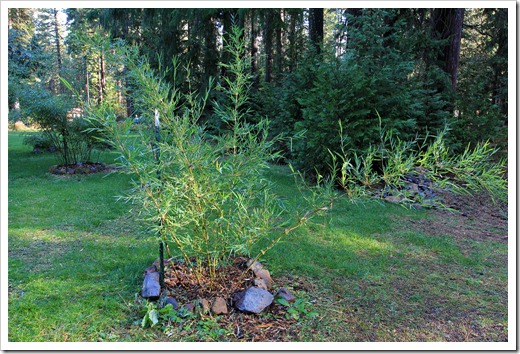 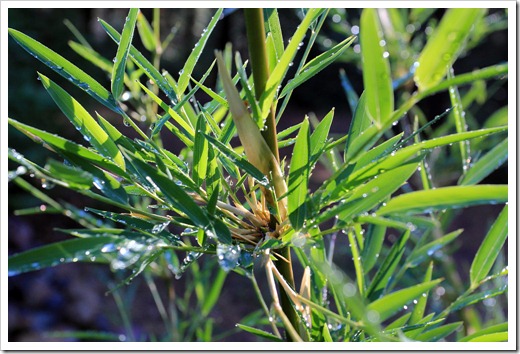 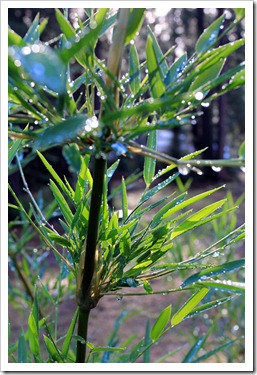 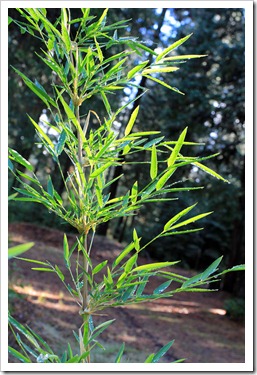 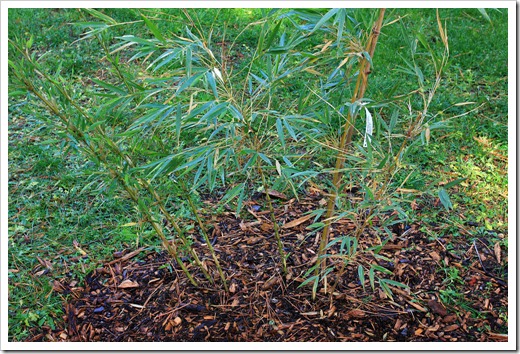 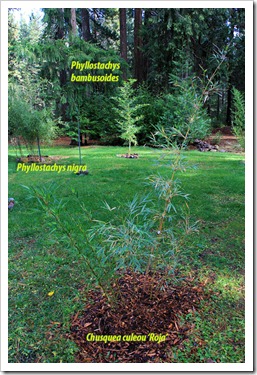 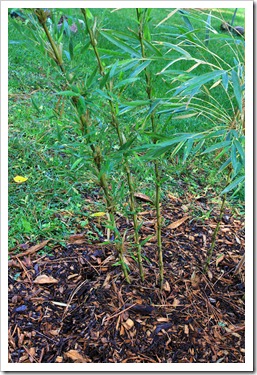 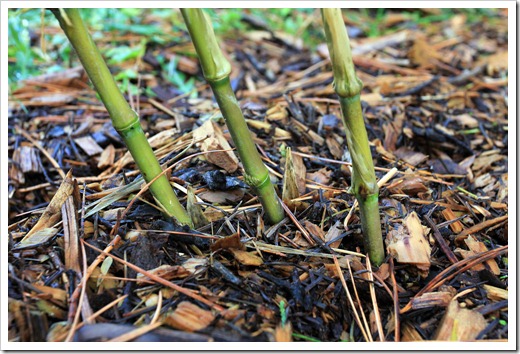 Here is one final view of the backyard bamboo garden: 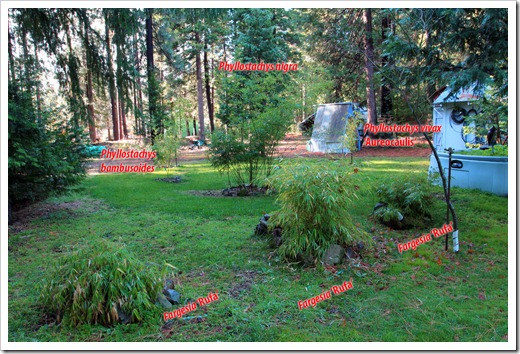 Moving around to the western edge of the backyard, we get to this large clump of stone bamboo (Phyllostachys angusta). When I received this plant from a fellow collector, it was bursting out of its 25-gallon container. It has been in the ground since the summer of 2010, almost 2½ years, and while it has put out ever taller culms, it has remained a tight clump. This is definitely not typical Phyllostachys behavior! My mother-in-law plans to thin out the clump next year to better expose the culms. 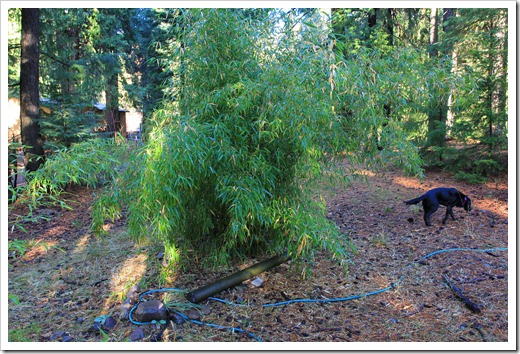 The biggest disappointment out of all the bamboos we planted at my in-laws is this Phyllostachys bissetii. Like the ‘Rufa’ mentioned earlier, it was a 1-gallon Booshoot plant. It hasn’t grown at all—it’s still the one culm it was a couple of years ago. It’s planted in an area that actually gets a fair amount of summer irrigation, which makes it even harder to explain why it’s still so puny. Maybe it’ll surprise me next year… 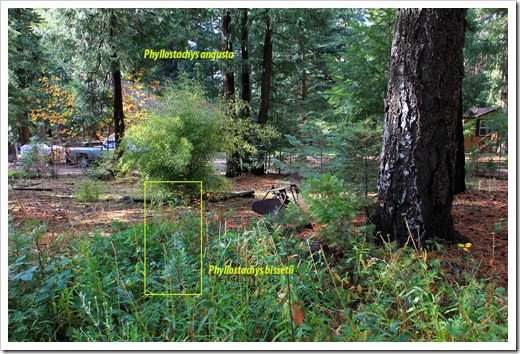 The front yard is home to only one bamboo, a Phyllostachys nigra ‘Henon’. When I bought it from a collector, it was just one culm but it has been growing steadily since then. We chose this location on top of a small rise because there the ‘Henon’ has plenty of room to grow. I look forward to seeing a majestic grove of bamboo in this spot in 10 years. 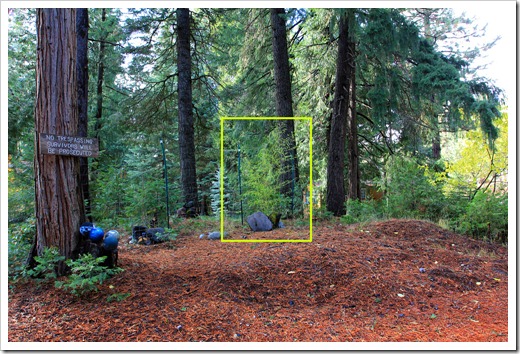 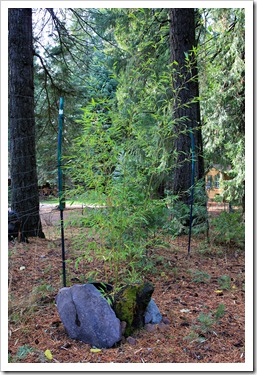 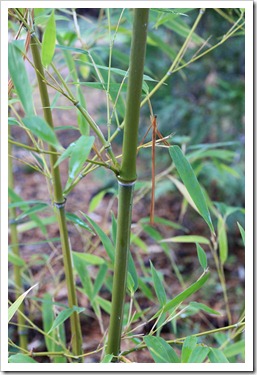 Please check out the posts listed below if you’re interested in comparing the progress these bamboos have made since they were planted.