- November 09, 2018
The third garden I visited a few Sundays ago with the California Horticultural Society (CalHort) is located in Green Valley outside of Fairfield, about 35 minutes west of here. Climatically speaking, Green Valley is in between San Francisco Bay with its mild winters and summers and the Sacramento Valley with its somewhat colder winters and blazing-hot summers. It's not quite Goldilocks country, but almost (and certainly closer than we are)

The garden we toured belongs to Carol and Barrie Coate. Now retired, Barrie has been a leading figure in California horticultural circles for decades: as a consulting arborist, director of the Saratoga Horticultural Research Foundation (now part of UC Davis), arboricultural consultant to the Getty Center, and author of numerous articles and books.

Barrie and his wife Carol moved to Green Valley in 2014. They inherited a number of mature trees and shrubs but have added everything else you see in the photos below. The soil in their area can only be described as a gardener's dream: 20 ft. deep class-1 soil with consistent water at 6 inches. Barrie said he's now able to grow finnicky plants that he was never able to grow before.

The front of the house has a Japanese feel... 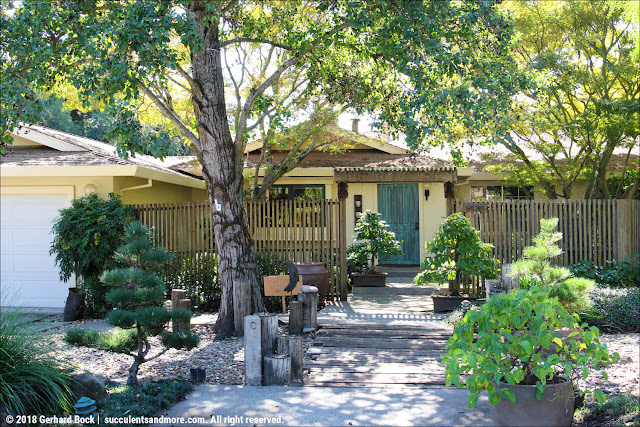 ...thanks to several large bonsai specimens: 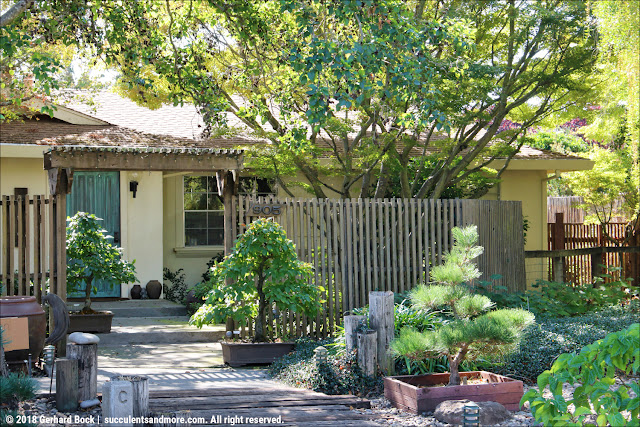 I was immediately drawn to the gray-blue succulent tapestry on the east side of the driveway:

Inside the east gate is a small but exquisite bonsai collection: 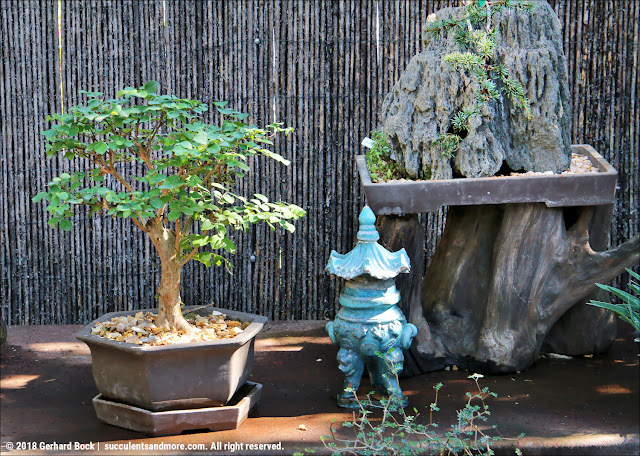 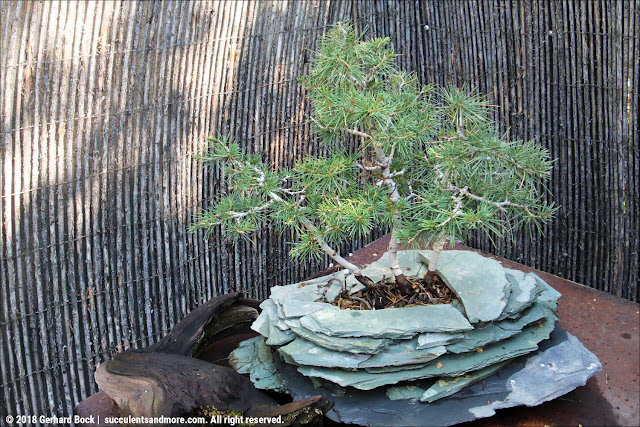 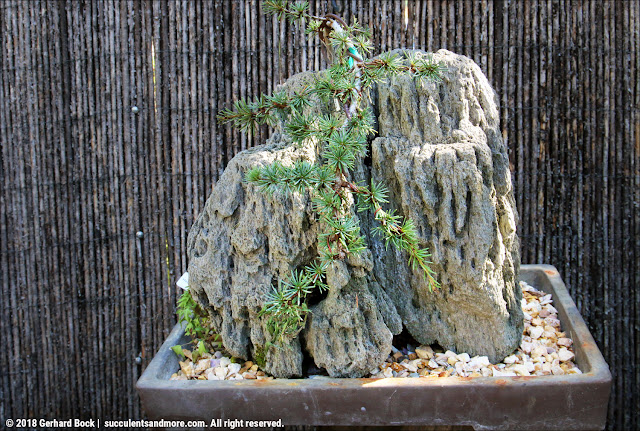 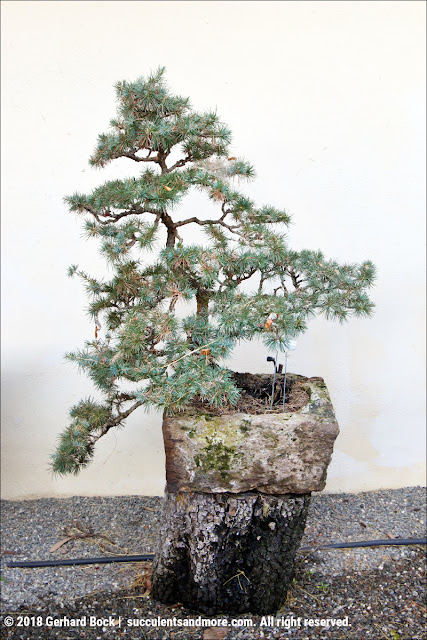 On the edge of the covered patio, I noticed a Flying Dragon bitter orange (Poncirus trifoliata 'Flying Dragon'). I regularly see this cold-hardy citrus relative in Portland, but this is the first time I've seen it in Northern California (aside from my own small plant):

More goodies behind the bitter orange:

The east side of the backyard is quite shady. The plantings are dominated by grasses and grass-like plants like these flax lilies:


There was a lot more to see in Barrie's backyard, including a vegetable garden and columnar apple trees, but the light was so contrasty that I didn't even try to take photos.

To see the other gardens I visited on this CalHort tour, click the links below:

© Gerhard Bock, 2018. No part of the materials available through www.succulentsandmore.com may be copied, photocopied, reproduced, translated or reduced to any electronic medium or machine-readable form, in whole or in part, without prior written consent of Gerhard Bock. Any other reproduction in any form without the permission of Gerhard Bock is prohibited. All materials contained on this site are protected by  United States and international copyright law and may not be reproduced, distributed, transmitted, displayed, published or broadcast without the prior written permission of Gerhard Bock. If you are reading this post on a website other than www.succulentsandmore.com, please be advised that that site is using my content without my permission. Any unauthorized use will be reported.
bonsai California Horticultural Society garden tour private gardens
Location: Green Valley, CA 94534, USA