- August 17, 2018
If there's one constant in my garden, it's that nothing stays the same forever—or even for very long.

There's the natural circle of life: Plants, even the toughest and most reliable ones, die at some point and need to be replaced.

And then there's the Gerhard circle of life that revolves almost entirely around my ever-changing plant crushes and preferences. Variety is the spice of life, isn't that way they say? 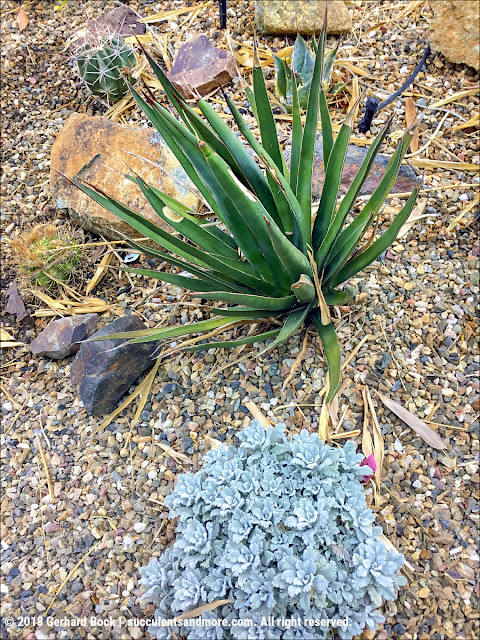 The Agave ocahui in the photo above never quite lived up to my expectations. It looked a bit wonky and in general didn't impress. Time for it to go.
No, it didn't go to the Big Compost Pile in the Sky, just into a nursery pot.

I replaced the Agave ocahui with a ×Mangave 'Iron Man' from Walters Gardens. It had previously been planted near fence in a spot that's in imminent danger of being overrun by a hairy canary clover (Dorycnium hirsutum) from the left and a variegated plectranthus (Plectranthus neochilus 'Mike's Fuzzy Wuzzy') from the right. 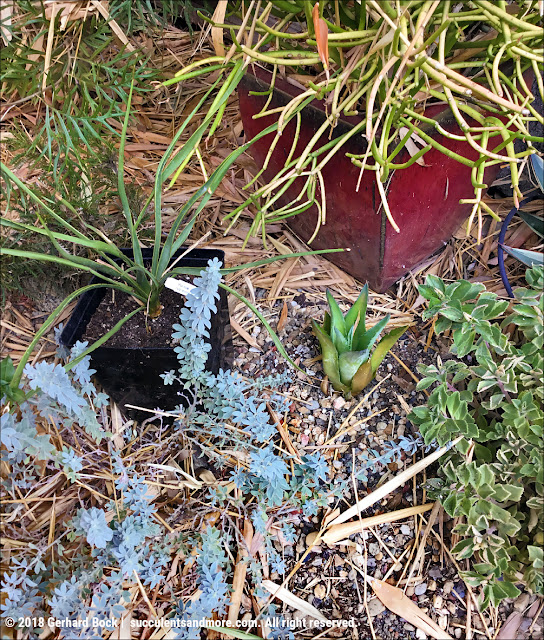 Granted, at its current size ×Mangave 'Iron Man' (a hybrid between Agave pablocarrilloi, Agave montana, and Manfreda maculosa created by mangave wizard Hans Hansen) doesn't look like much. But check out this mature specimen: 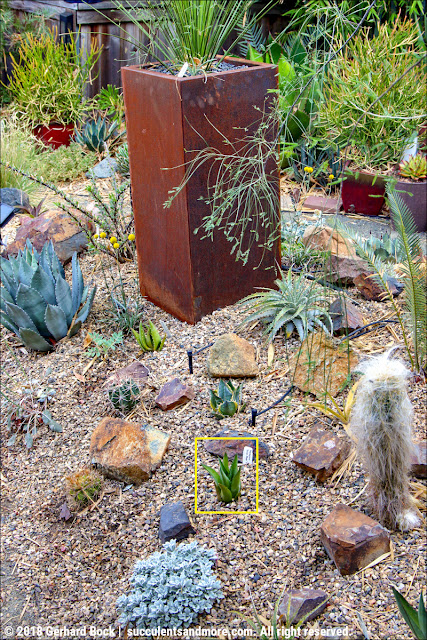 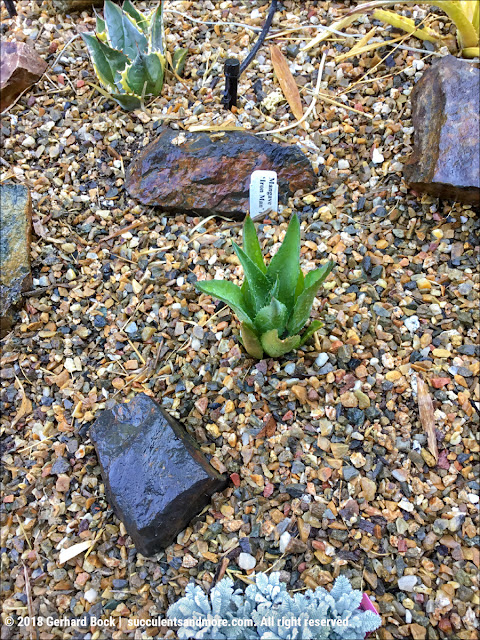 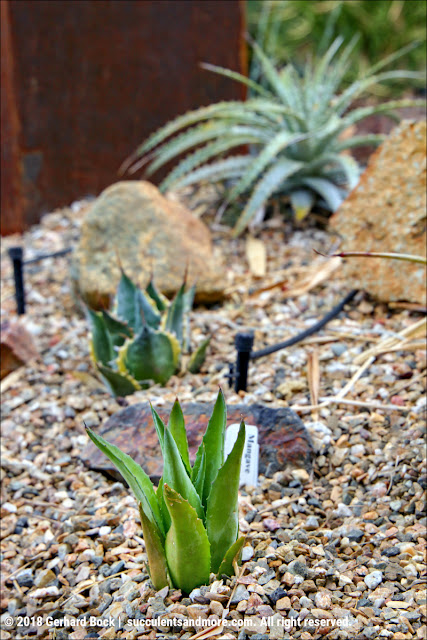 The spot were 'Iron Man' had been is now filled by a San Angelo yucca (Yucca reverchonii). Endemic to the Edwards Plateau in Central Texas, it's thought by some to be an ancient hybrid of Yucca thompsoniana and Yucca rupicola. Apparently, it's one of the hardiest yuccas, not that it matters much in my garden. Yucca reverchonii will eventually grow to 2-3 ft and rise above the hairy canary clover and plectranthus. Plus, it needs virtually no supplemental water once established. 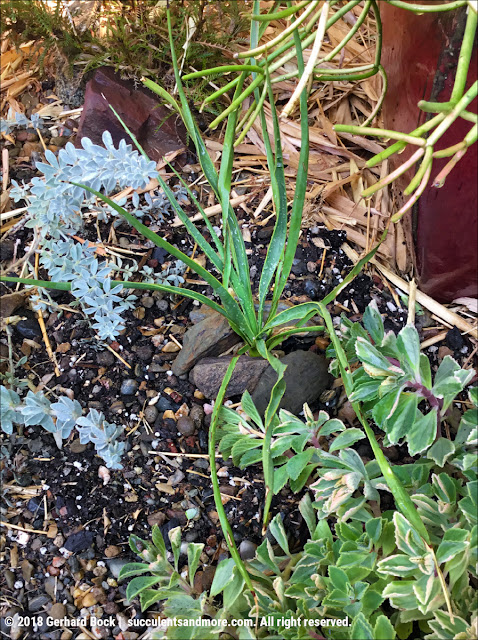 I've planted out many of the mangaves I received in my mangave mystery box in the spring. I'll have a more detailed update later in the month, but for now, here's one of my favorites: ×Mangave 'Blazing Saddles', a hybrid between Agave macroacantha, Agave nizandensis, and Manfreda maculosa. In strong light, the coloration is spectacular, even in my youngster: 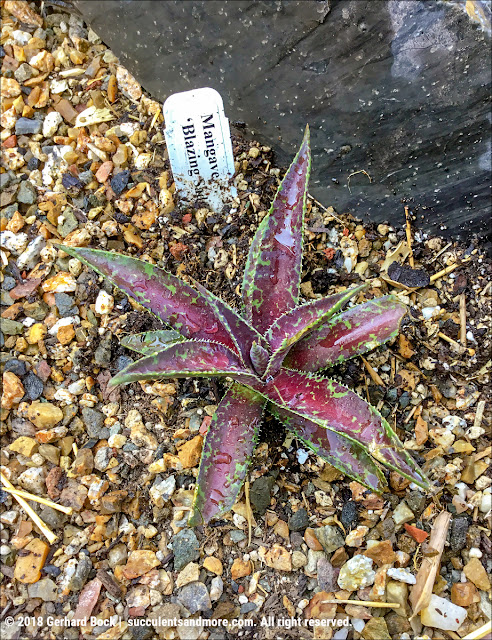 The best source for all the recent mangave introductions by Walters Gardens is still Plant Delights Nursery. They carry a larger selection than any other nursery I know of.

© Gerhard Bock, 2018. No part of the materials available through www.succulentsandmore.com may be copied, photocopied, reproduced, translated or reduced to any electronic medium or machine-readable form, in whole or in part, without prior written consent of Gerhard Bock. Any other reproduction in any form without the permission of Gerhard Bock is prohibited. All materials contained on this site are protected by  United States and international copyright law and may not be reproduced, distributed, transmitted, displayed, published or broadcast without the prior written permission of Gerhard Bock. If you are reading this post on a website other than www.succulentsandmore.com, please be advised that that site is using my content without my permission. Any unauthorized use will be reported.
agave front yard Hans Hansen mangave Walters Gardens
Location: Davis, CA, USA