- March 03, 2018
Agaves are great the way they are. But do you know what's even cooler? The love children from a hanky-panky between an agave and a manfreda!

Manfredas are succulents with soft, floppy leaves, often with pronounced purple spots. I'm sure you've seen the cultivar with wavy-edged leaves called 'Chocolate Chip' (here). Some species in the genus Manfreda are quite hardy, especially especially Manfreda virginica and Manfreda maculosa, both native to the U.S.

Now imagine combining the best qualities of both genera, manfredas and agaves. The result is bound to be special. As you look at the photos in this post, I'm sure you will agree.

From what I was able to gather, the first recorded cross between a manfreda and agave was from seed legendary plantsman Carl Schoenfeld (the last owner of the now defunct Yucca Do Nursery in Texas) collected in Mexico. The seed came from a Manfreda variegata but the seedlings clearly showed agave traits, most likely from Agave mitis blooming nearby. Yucca Do dubbed this new intergeneric hybrid "mangave" and introduced it in 2004 under the name 'Macho Mocha'. The rest is history, as they say. ×Mangave 'Macho Mocha' has conquered the world—or at least those parts of the world where it's hardy.

As successful 'Macho Mocha' was, the next mangave to appear on the scene made an even bigger splash: ×Mangave 'Bloodspot'. A hybrid between Agave macroacantha and an unknown Manfreda species, it's said to be of Japanese origin. It showed up in California horticultural circles ca. 2008 and has become wildly popular, not only with agave lovers but also with people who usually prefer soft-leaved succulents.

For years, 'Macho Mocha' and 'Bloodspot' were the only two mangaves in wide circulation. A white-edged sport of 'Macho Mocha' dubbed 'Espresso' was even more beautiful, but for some reason there were never enough plants to go around.

Agave expert Greg Starr created his own hybrid from a manfreda and Agave sobria. I was lucky enough to buy a couple from him but he was never able to propagate them on a larger scale.

Another mangave you sometimes see for sale is ×Mangave 'Jaguar'. According to the Plant Delights website (source of the photo below), it's a hybrid between an unspecified agave and Manfreda guttata. In contrast, Walters Gardens lists 'Jaguar' as a straight manfreda, not a mangave. Whatever it is, Walters Gardens sells two variegated sports of 'Jaguar' that are stunning: 'Carnival' and 'Kaleidoscope'. They're in the list below.

While the developments described above were happening, a genius was quietly at work laying the groundwork for a mangave revolution. I see him in a crammed lab stirring bubbling cauldrons while chanting incantations in Latin. But maybe I've watched the Harry Potter movies too many times. Most likely he succeeded through knowledge, skill, determination and sticktoitiveness.

The guy I'm talking about is Hans Hansen. For 15 years he had been the driving force at Shady Oaks Nursery (sadly out of business now, just like Yucca Do). There he created dozens of registered hosta cultivars. For the last 10 years he has been plying his craft at Walters Gardens in Michigan, one of the country's largest plant breeders.

The first batch of his ×Mangave wizardry came onto the market two years ago. It included the beauties below (all of them in my own garden):

As a result, these new mangaves quickly made their way into the nursery mainstream. They're now being sold at nurseries and garden centers that never carried 'Macho Mocha' or 'Bloodspot'. I bought six different varieties at last year's UC Davis Arboretum plant sales.

As exciting as the first batch of mangaves from Walters Gardens were, the latest introductions promise to be even more spectacular. That's why I'm herewith proclaiming 2018 to be the year of the mangave. If I had my wish, every garden would at least have one mangave by the end of year!

To tempt you, I want to give you a closer look at Hans Hansen's creations:


And that's not even all of them! I compiled all the photos and information I could find and created the list below. Walters Gardens has graciously given me permission to use their photos; all of them are © Walters Gardens, Inc. 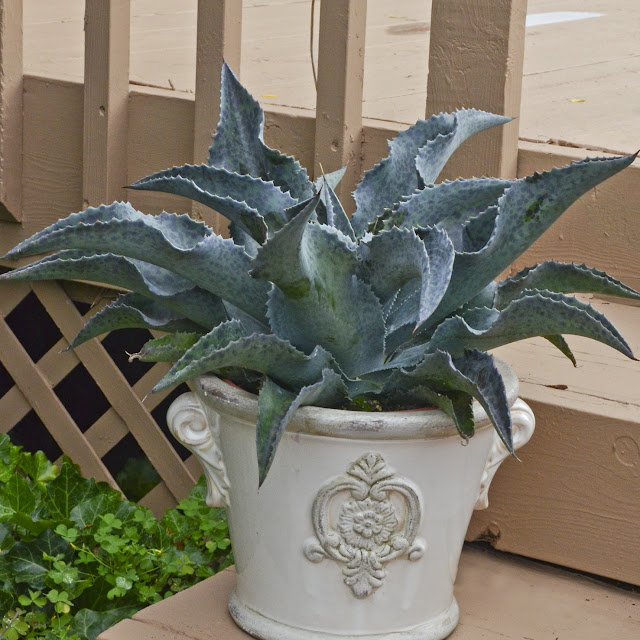 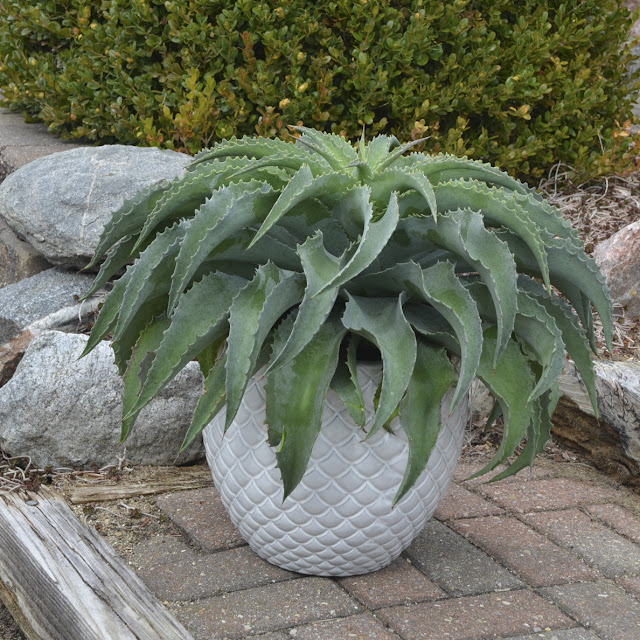 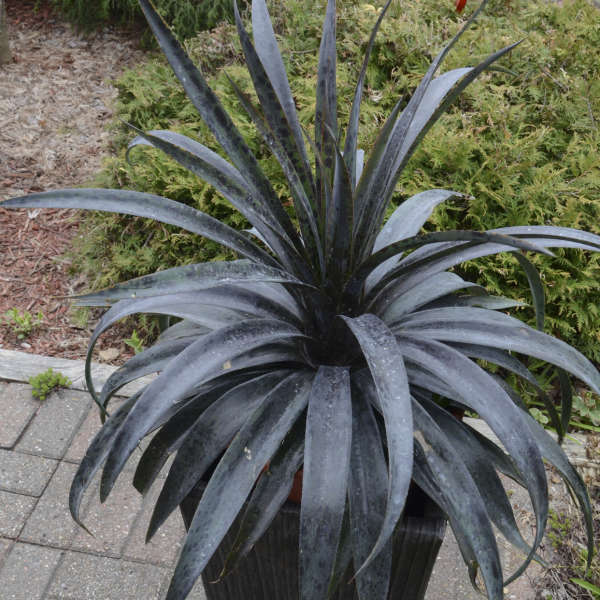 
I find these new mangaves endlessly fascinating. In fact, after writing this post, I'm even more excited. I just bought a ×Mangave 'In ca Warrior', one of the largest and darkest cultivars, and I can't wait to see it grow. I'm sure that over time more of these mangaves will find their way into my garden.

The Walters Gardens web site has more information about their mangaves.

You should be able to find at least some of these varieties in independent garden centers or nurseries. The best online source is Plant Delights Nursery. They carry almost all of them.

Many of these varieties have Agave pablocarrilloi as one of the parents. You may be wondering what that is. In 2013, a group of botanists from Mexico proposed splitting Agave gypsophila into five species: the original Agave gypsophila and four new ones: Agave abisaii, Agave andreae, Agave kristenii and Agave pablocarrilloi. If you're interested, you can read their article here.