- August 04, 2018
This is part 2 of my trip report about Rancho Soledad Nursery in San Diego County. If you missed part 1, click here.

Rancho Soledad may be open to the public, but it's very much a working nursery. There were signs of it everywhere even though we didn't see many employees. Plants, usually larger specimens, were in the process of being hauled from one point to another, like Aloidendron ramosissimum in this photo:

Outside the greenhouses, succulents were growing pretty wherever they felt like it. Or it seemed that way. I don't know if they were planted on purpose or whether they may simply have rooted through nursery containers that had been left in the same place for too long.

The greenhouses are very much production environments. Don't expect a gussied up retail space with pretty decor. What you can expect though: classical music, both inside and outside the greenhouses. It was quite strange walking around among the plants, seeing not another living soul, and yet hearing classical music from unseen loudspeakers. Apparently playing classical music was a tradition started by Jerry Hunter, the patriarch of the family who established the nursery in the 1950s. Jerry died in 2012, but the music keeps playing on.

Poking around behind the greenhouses was just as much fun. Some areas are small display gardens, while in others the plants are allowed to do what they want. 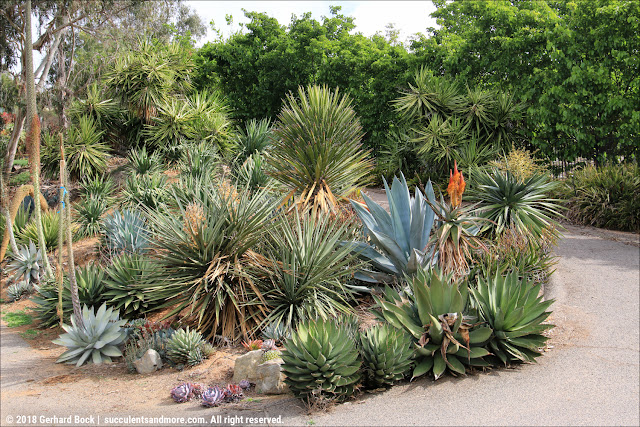 Rancho Soledad is the place to go when you want large specimen plants. That goes not only for succulents, but also for palms and cycads. Many of them, just like other tropical plants, are grown at their 25-acre nursery in Hilo, Hawaii. I could have spent a lot more time checking out all the cycads, but we were running short on time. 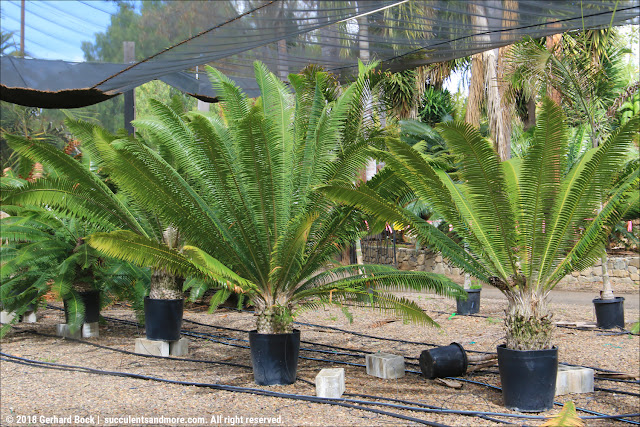 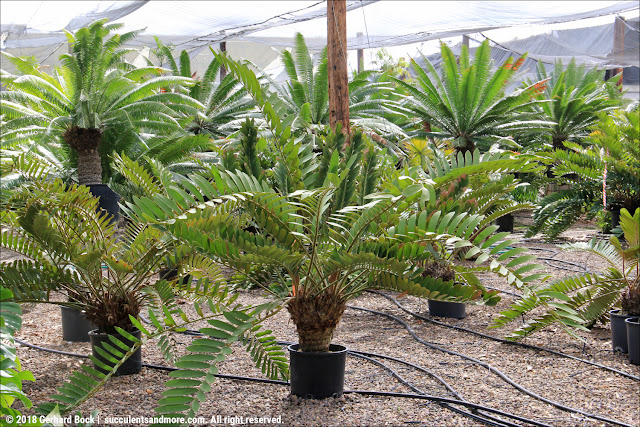 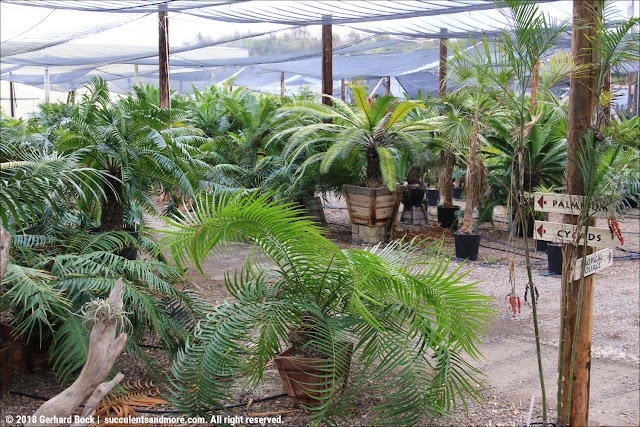 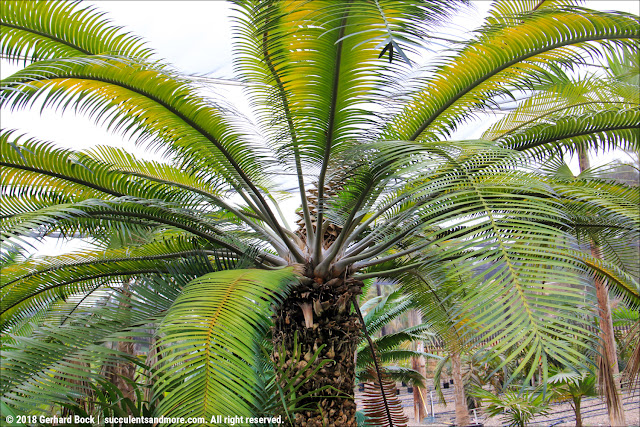 If you take a look at the map of the nursery, you can see that Aliso Canyon Road cuts right through the middle. All the photos you've seen so far were taken in the areas north of the road. We didn't have much time to explore the other half of the nursery grounds, but what we did see was fantastic. 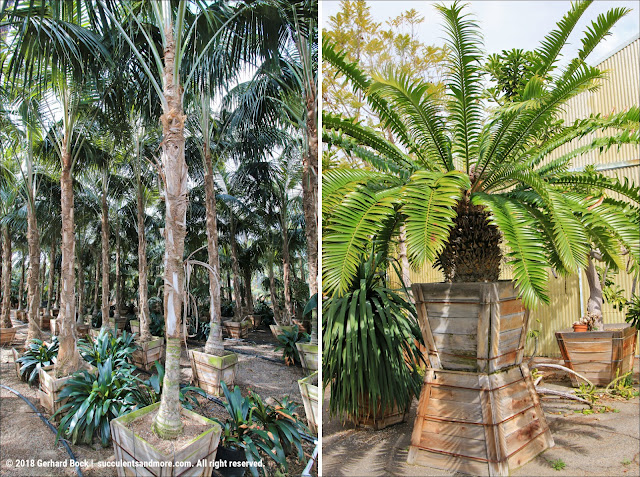 Separate from Rancho Soledad Nursery but closely affiliated, Rancho Tissue Technologies is one of the world's leading tissue culture labs. In operation since 1986, they produce everything from agaves (49 varieties) and aloes (37 varieties) to blueberries and hazelnuts. According to their web site, they grow as many as 4 million plants a year! Check out this quick lab tour to find out more about how tissue culture works. 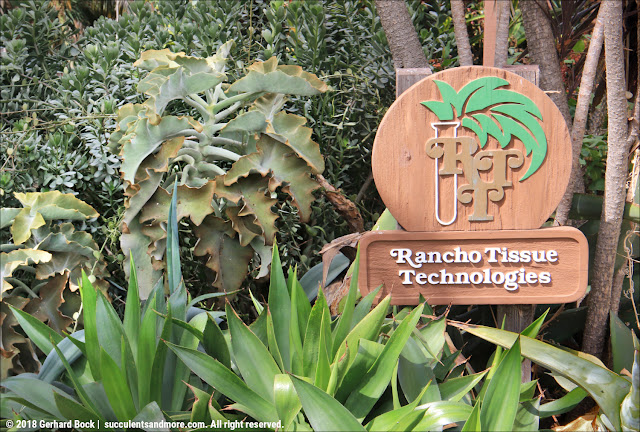 The next time I go to Rancho Soledad Nursery, I really need to bring my own car!


© Gerhard Bock, 2018. No part of the materials available through www.succulentsandmore.com may be copied, photocopied, reproduced, translated or reduced to any electronic medium or machine-readable form, in whole or in part, without prior written consent of Gerhard Bock. Any other reproduction in any form without the permission of Gerhard Bock is prohibited. All materials contained on this site are protected by  United States and international copyright law and may not be reproduced, distributed, transmitted, displayed, published or broadcast without the prior written permission of Gerhard Bock. If you are reading this post on a website other than www.succulentsandmore.com, please be advised that that site is using my content without my permission. Any unauthorized use will be reported.
agaves aloes cycads nurseries San Diego Southern California succulents
Location: 18539 Aliso Canyon Rd, Rancho Santa Fe, CA 92091, EE. UU.