Twisted barrel cactus has more flowers than ever

- August 23, 2017
The barrel cactus in this post is particularly special to me. Not because it's rare (it isn't), but because it's been with us for quite a while and because it has good memories attached to it. This summer it's giving us more flowers than ever before. What more could I ask!

I bought this barrel cactus in February 2011 at Mariscal Cactus and Succulents in Desert Hot Springs, CA on a wonderful family trip to Joshua Tree National Park and Palm Springs. It cost $25, came in a #5 can and was a decent size already: 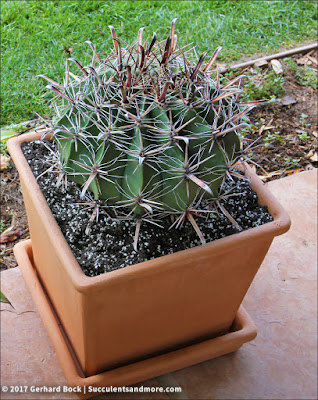 For a number of years it lived on the front porch in the pot you see in the photo above. However, it only got two to three hours of direct sun, which wasn't enough for optimal health. As a result, it became very susceptible to mealybugs. I described the situation and what I did about it in this post from December 2015.

In February 2016, after we had replaced the front lawn with two succulent mounds, I was finally able to free it from its prison and put it into the ground. It responded with an impressive growth spurt, and this summer the entire top is covered with flowers. Ferocactus flowers may not be the biggest or prettiest, but they're quite special when there are so many of them! 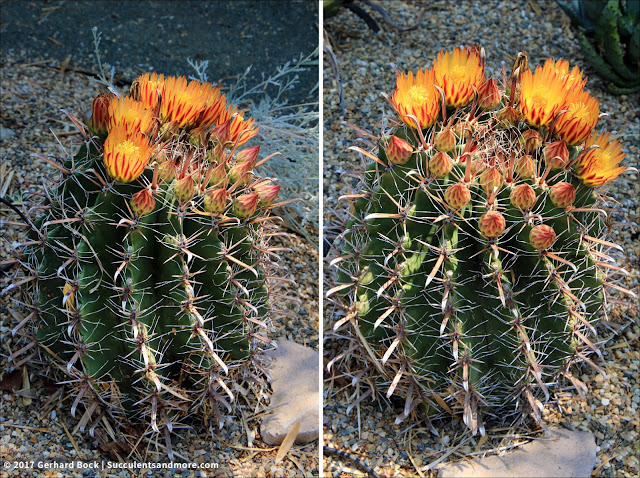 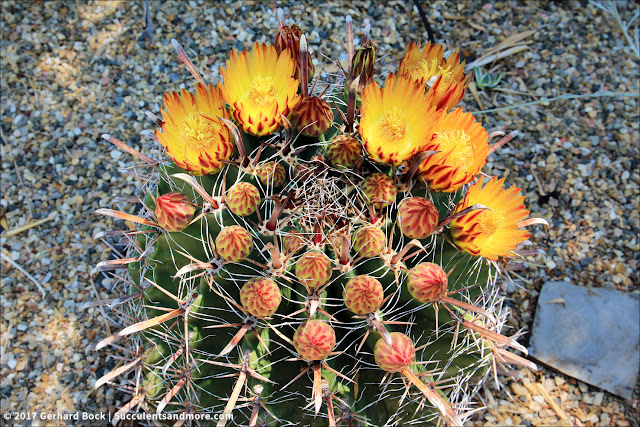 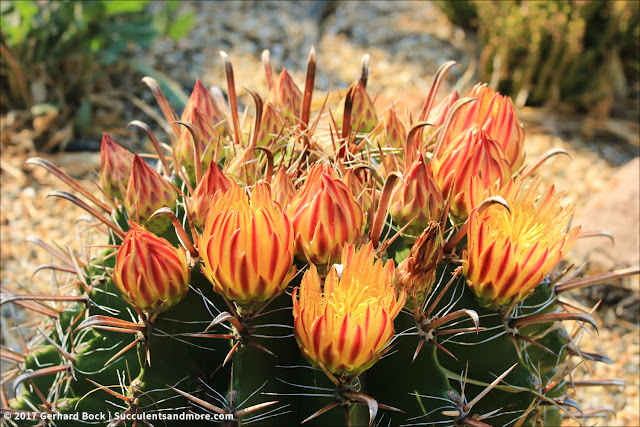 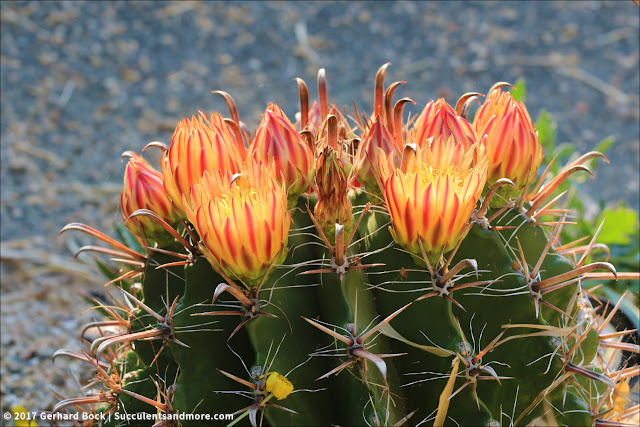 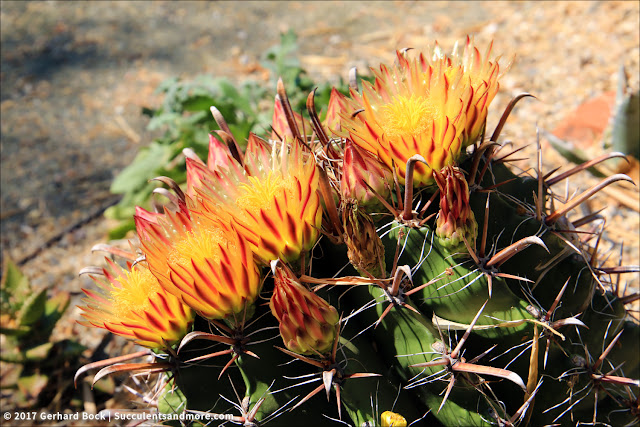 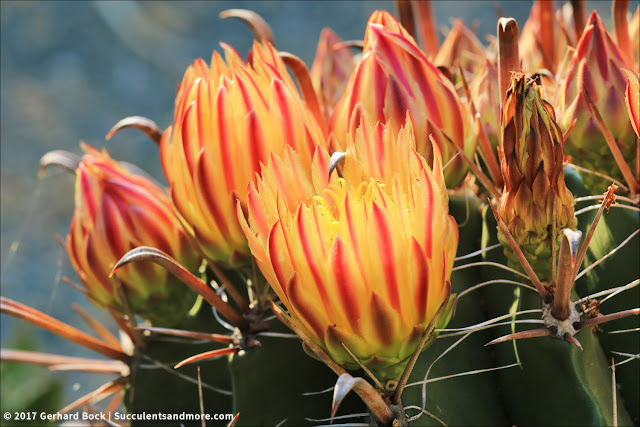 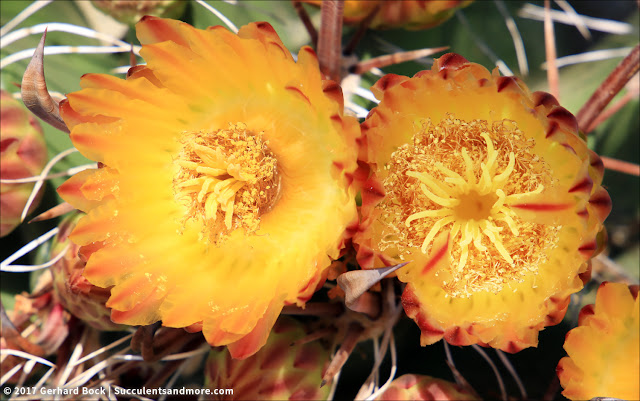 The common name of Ferocactus herrerae is twisted barrel cactus, and now that my specimen is larger, you can definitely see the beginnings of a twist (look at photo #3 above).

But no matter what it is exactly, I'm happy that it's finally thriving.