- August 10, 2017
On day 3 of our recent visit to Iceland we did the classic Golden Circle. This 200+ mile loop connects Reykjavík to three of Iceland's biggest attractions: Þingvellir National Park, the geysirs at Haukadalur, and the impressive waterfalls at Gullfoss.

Everybody says you must do the Golden Circle. Usually when I hear that, I want to do the opposite. But after looking at photos, I couldn't help but agree. The scenery really is stunning, and I didn't want to miss it.


As you can see from my photos below, some spots were virtually deserted while others were a madhouse. But that seems to be the way it is in Iceland in July. Our landlord said to come back in September; the weather is still nice but there are far fewer tourists. And in the winter, when the northern lights are at their best, there's hardly anybody. Of course there's no daylight either—the opposite of what we experienced.

Our first stop was on the shores of Lake Þingvallavatn, the largest lake in Iceland (its name is pronounced "THING-vuht-luh-vuhtn"). It is a majestic spot, wide open and beautifully desolate. It is surrounded by cracks and faults where the Eurasian and North American tectonic plates meet. For geology buffs, there's even a spot where you can scuba-dive down to see the two plates.


Þingvellir National Park (pronounced "THING-vet-leer") is right next to Þingvallavatn; in fact, part of the lake is inside the national park. In addition to its beautiful setting in a rift valley that marks the boundary between the two tectonic plates, it holds great historic and cultural significance for Iceland. It was here at Þingvellir that the national parliament of Iceland, the Alþingi, was established in 930 (yes, that's 930, not 1930). This is makes it the oldest parliament in the world. Parliament met at Þingvellir until 1798 when it finally moved to Reykjavík. You can read about its history in this Wikipedia article. 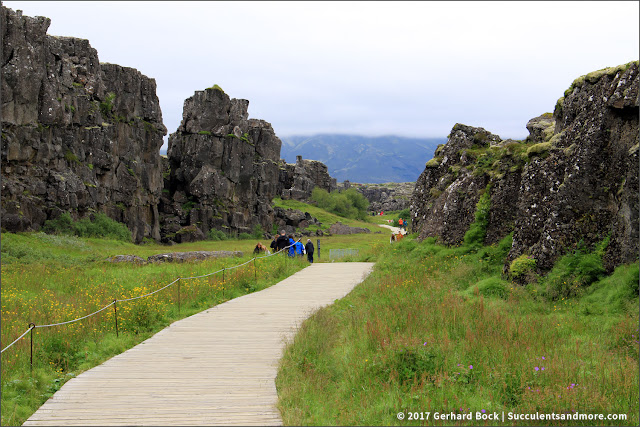 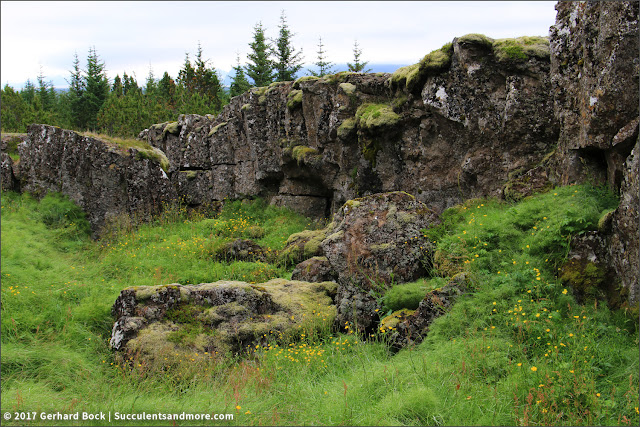 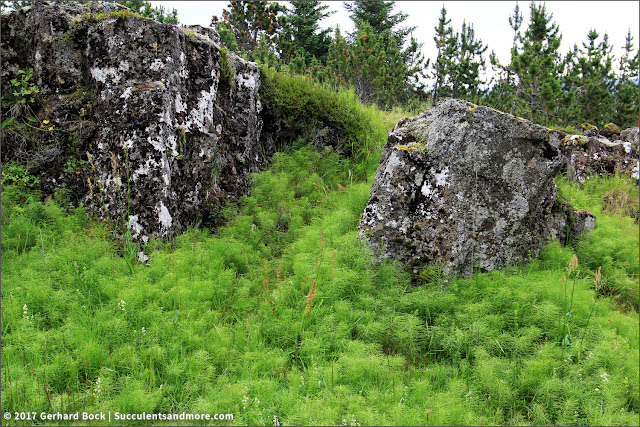 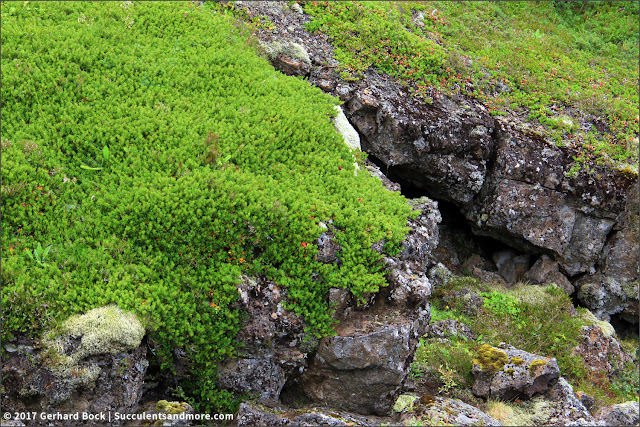 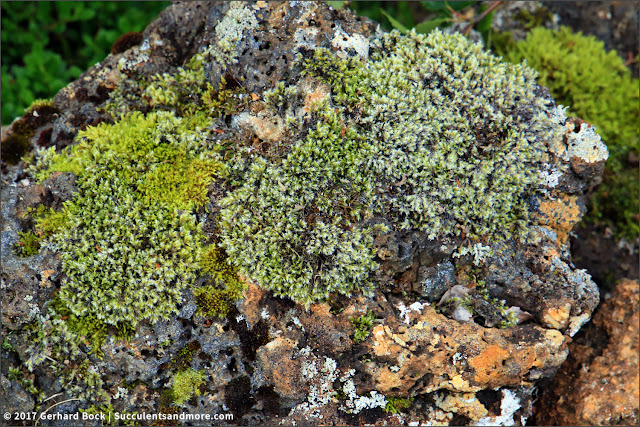 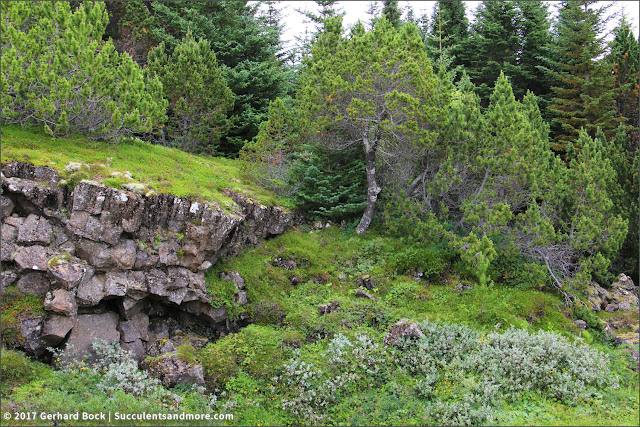 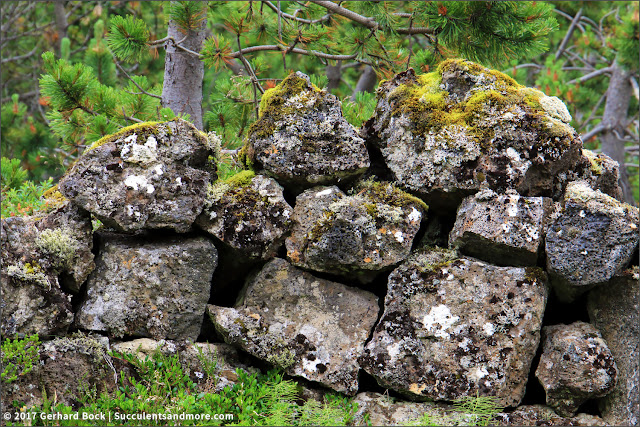 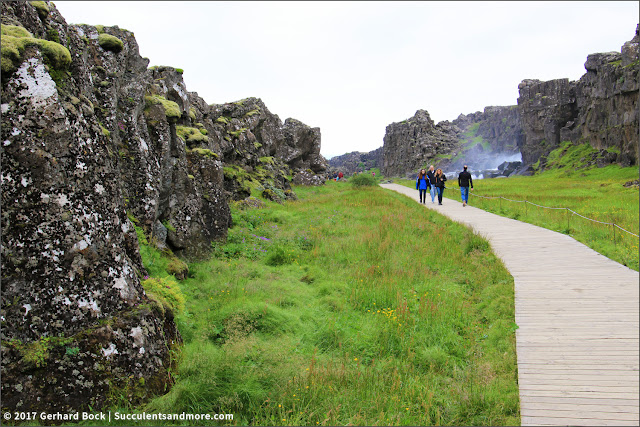 Not quite knowing where to park—there are five parking lots at Þingvellir—we ended up in lot 2, which is close to Öxarárfoss, a small but very photogenic waterfall. 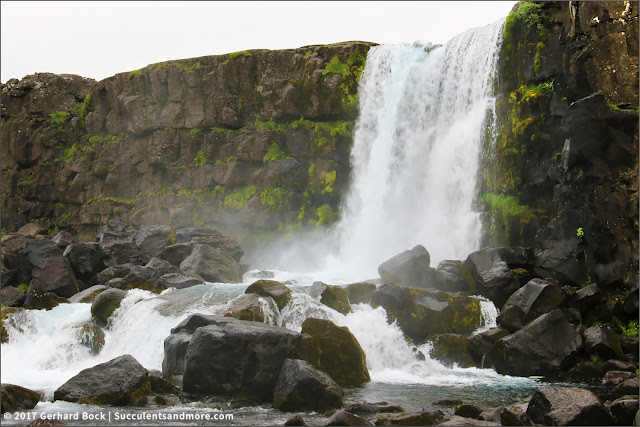 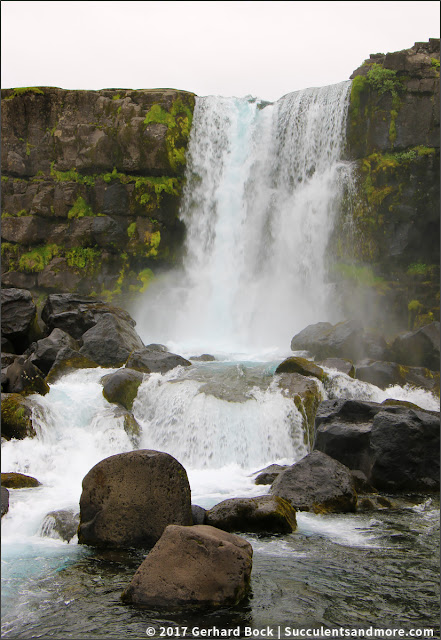 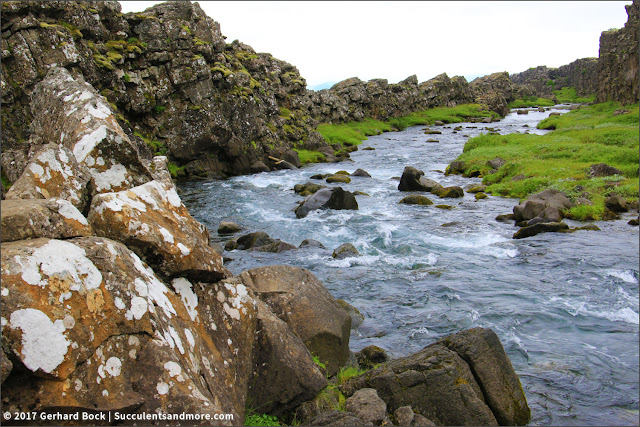 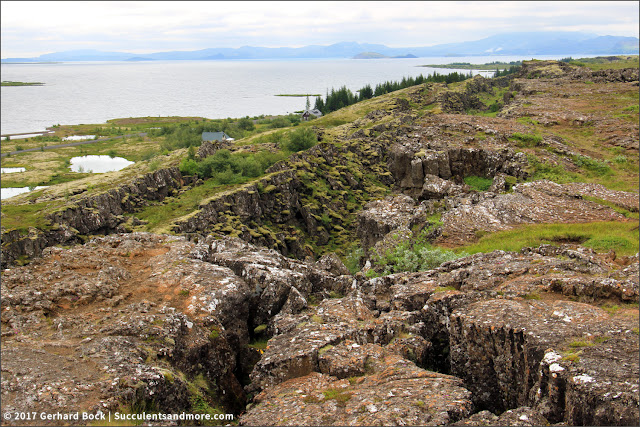 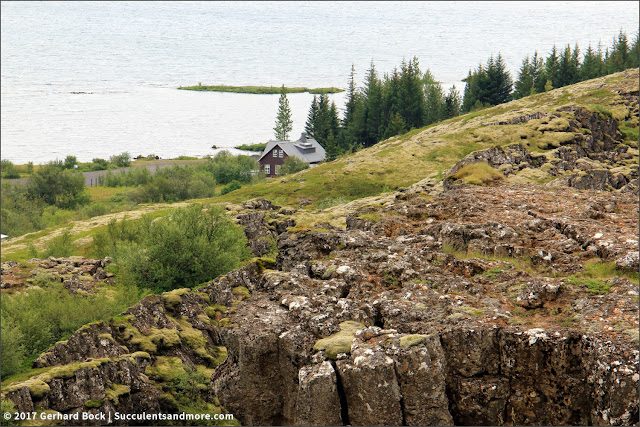 There are plenty of rifts and cracks in the earth—evidence of the two tectonic plants constantly grinding against each other. 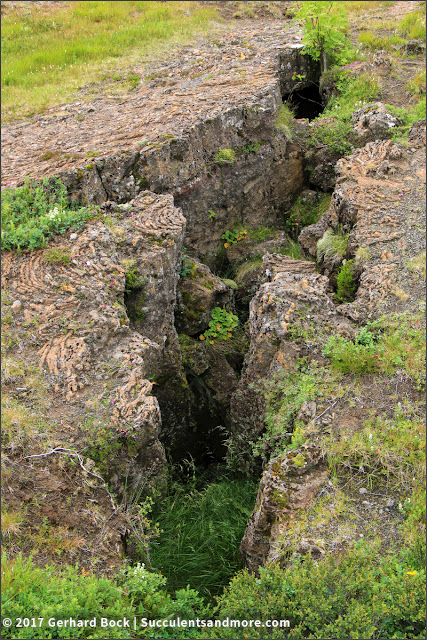 This view was my favorite: 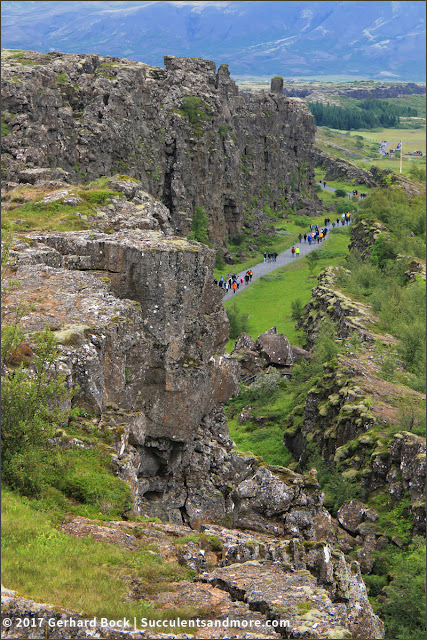 A path leads down into Almannagjá fault: 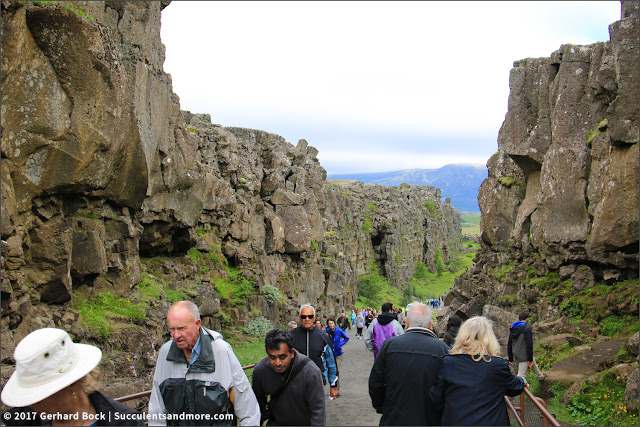 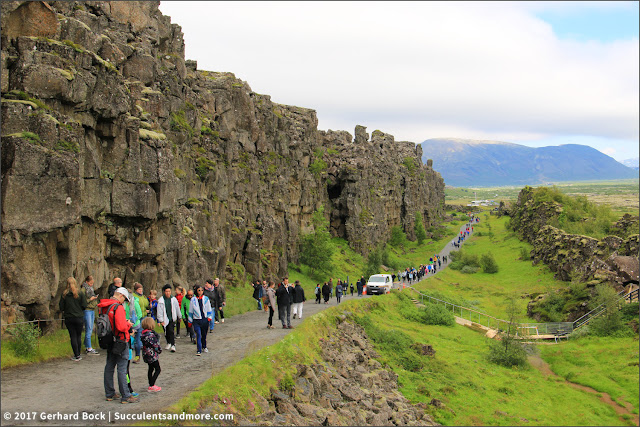 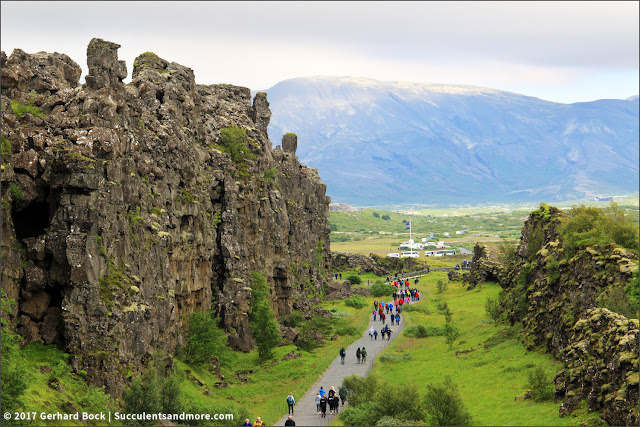 Further on, I pulled over onto a dirt road to photograph the interplay of light and clouds on this small mountain range:

I still don't know what the mountains are called. There was no town nearby, just the mobile homes you see in the next photo. It's a lovely place, but a bit remote for my taste. 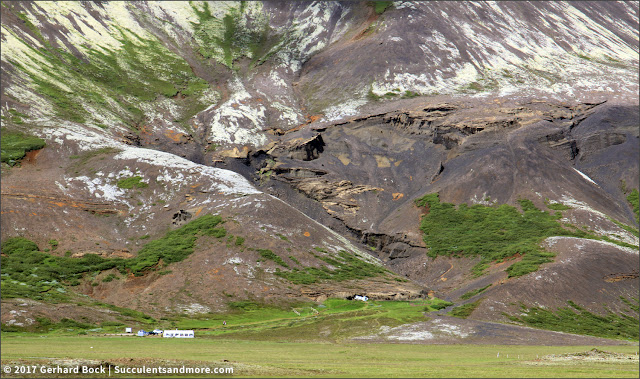 Our next major stop was the geothermal area in the Haukadalur Valley. For many visitors this is a highlight of their visit to Iceland. The rising steam and the bubbling mud pots are fun, but they pale in comparison to what you see in Yellowstone National Park. 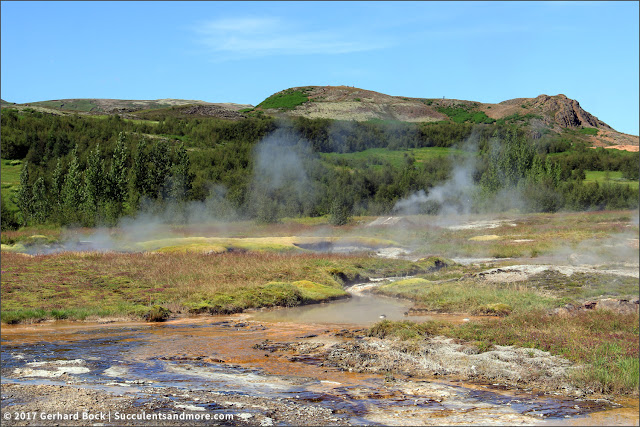 The most famous geothermal feature here is Geysir, arguably the most famous geyser in the word, seeing how the word itself is derived from its name. Unfortunately, Geysir is highly unpredictable. Years have gone by with a single eruption, which doesn't make for a very good tourist attraction. Fortunately, another geyser nearby called Strokkur is a much more reliable erupter. It blows every 5-10 minutes. The downside is that typically not enough pressure builds up for a really impressive eruption. But that doesn't stop the crowds from gathering, ourselves included.

The final stop on the Golden Circle is Gullfoss, It might be Iceland's best loved and most visited attraction. The waterfall is formed by the Hvítá river flowing down a three-step staircase followed by a two-step plunge into a 105 ft. crevice. You can enjoy the views from several levels, and it's breathtaking wherever you are. We were lucky to be there at the right time of day to see the famous rainbow. 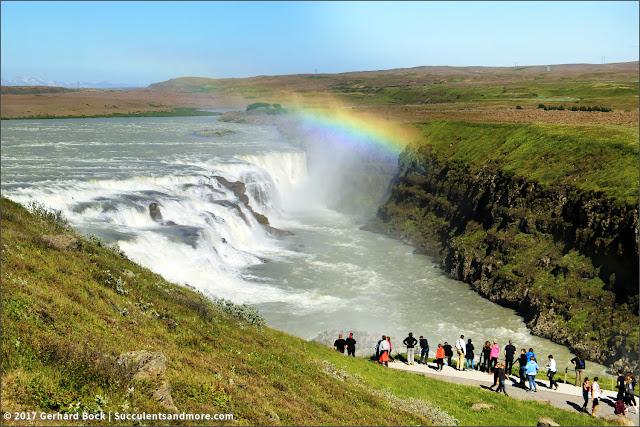 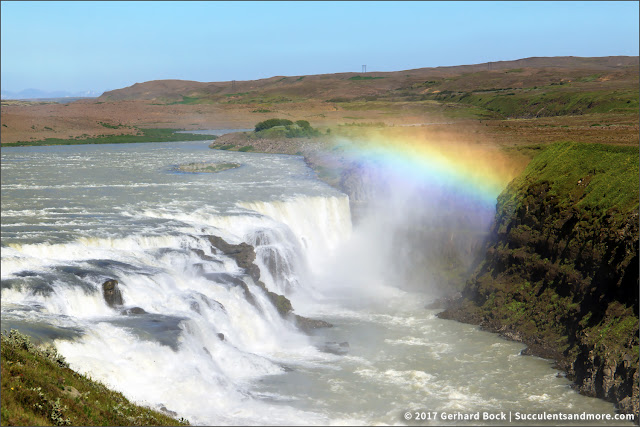 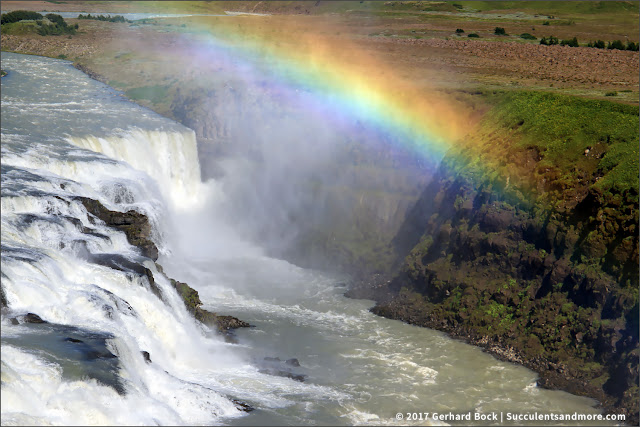 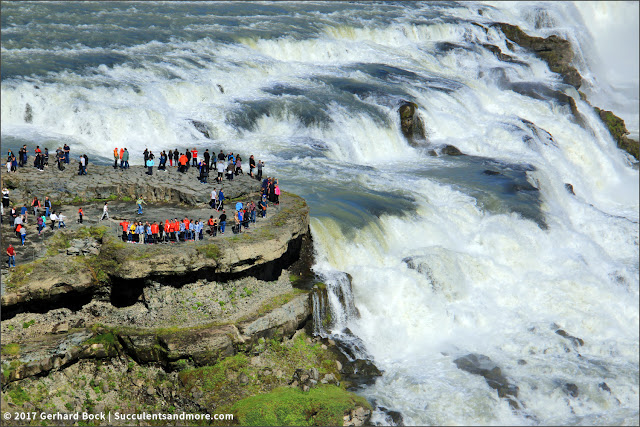 After the sun had been with us most of the day, we lost it on the drive home when we hit a massive fog wall. The world looked completely different from one minute to the next.


Only one post from Iceland coming up: from the Reykjavík Botanical Garden, which I visited one evening at 8:30pm! The sun still hadn't set when I left at a little after 10pm! 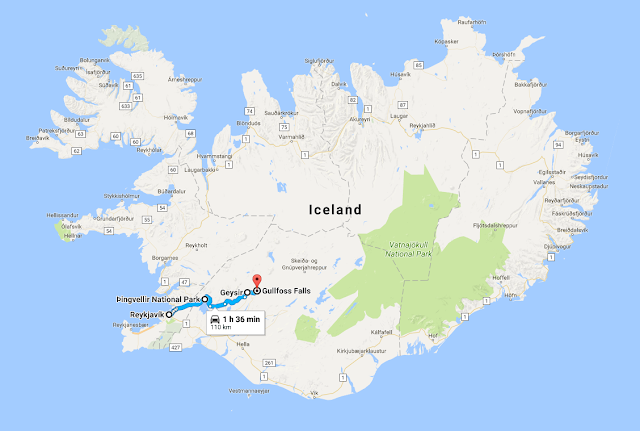 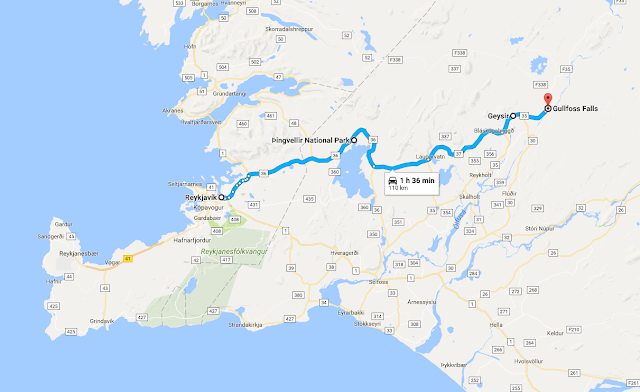