I recently took two friends from San Francisco to the Ruth Bancroft Garden in Walnut Creek, my favorite public garden in Northern California. I only snapped a handful of photos since I was too busy talking, but the most interesting pictures were … of fungi. Not just any fungi, the most fantastical fungi I had every seen: 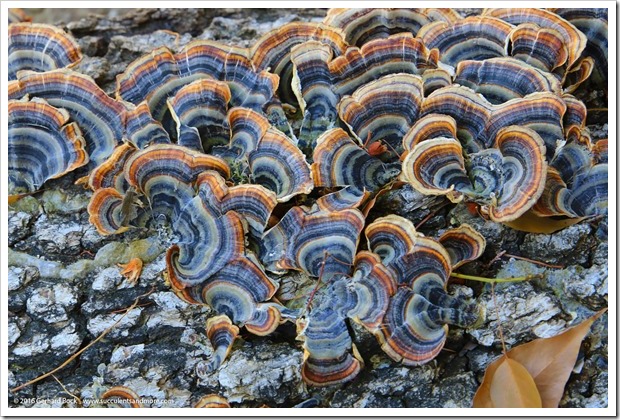 I did a bit of research, and it turns out they are bracket fungi. While they’re often found on dead trees, they do infest live trees as well, often contributing to their demise.

This species of bracket fungus is called Trametes versicolor. Apparently it’s one of the most commonly found mushrooms in North American forests, but its color is highly variable. From what I gathered, the typical colors are brown and gray—a far cry from the vivid oranges and blues of the specimens at the RBG. 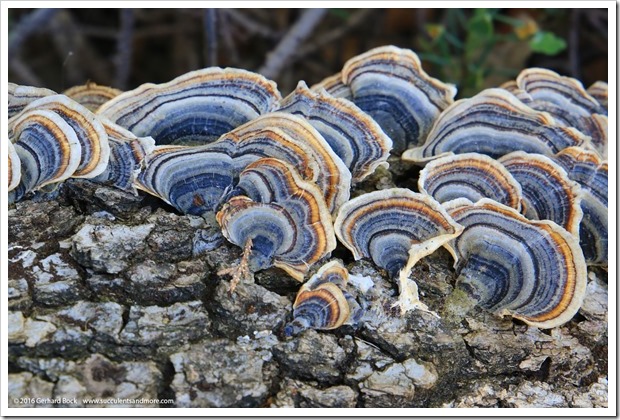 Just when I thought I’d seen everything at the Ruth Bancroft Garden, I come across a surprise as otherworldly as this!