Crispy may be a good thing when it comes to fried chicken. Not so much for plants. It’s the one thing you don’t ever want your plants to be. Unfortunately, it’s something that happens every summer around here. Usually it’s in spite of my best efforts; sometimes it’s because I didn’t try hard enough.  But survival isn’t for the weak in a climate where daytime temperatures in the summer routine climb above the 100° mark, there is no rain at all for a good four or five months, and any water plants receive is doled out by me. What’s more, I like to push the limits of what plants should even be tried here, which in itself ups the odds of failure. But taking these calculated risks is half the fun, even if I lose a few here and there.

So without further ado let’s look the poor suckers who have earned their RIP this summer. We’ll start in the backyard with the casualty that hurts the most: my bird’s nest banksia (Banksia baxteri). I bought it at the Ruth Bancroft Garden’s 2014 Black Friday Sale and it had been in the ground since December 2014. I’m not 100% sure what ultimately did it in, but I suspect it didn’t get enough water. As you can see, I made the rookie mistake of not mulching it properly. 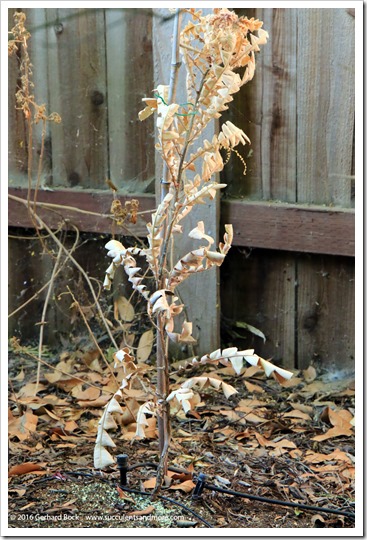 The Dymondia margaretae that replaced the lawn in the backyard is doing fine in many spots but we’ve had more failures than I anticipated. Again, I blame this on a lack of water. I will run the sprinklers every 4 days instead of every 5. After all, this “lawn” was just planted this spring, and I should have allowed more time for it become established. I will need to buy a few more flats in the fall to fill in. 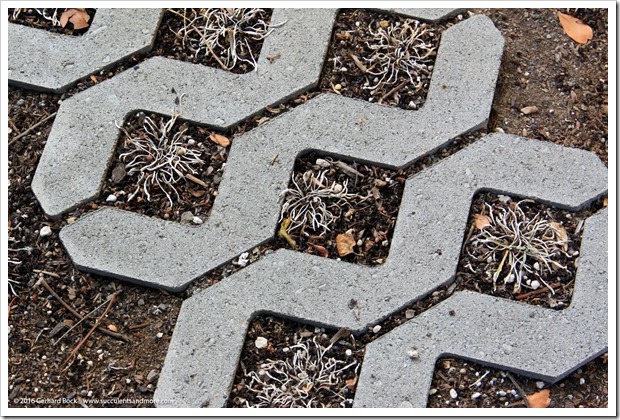 The Agave victoria-reginae is doing just fine; they’re virtually indestructible. The Daphne odora behind it not so much. Daphnes are a finnicky lot anyway, but this one was doing so well. It was a special variegated cultivar, Daphne odora ‘Maejima’, a Valentine’s Day present to my wife in 2014. Cause of death: lack of water, exacerbated by a lack of mulch. I really need to take a refresher class in mulching; I tend to forget that not every plant I have is a succulent that is able to make do on very little water. 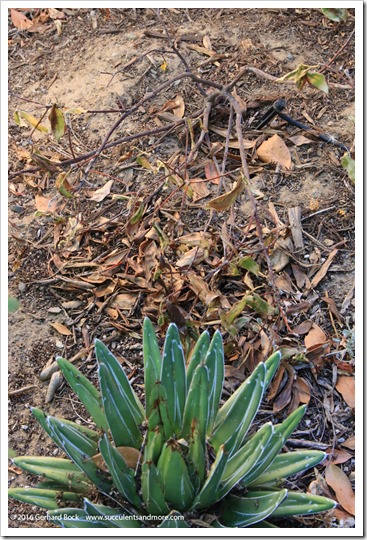 The last two casualties in the backyard that I want to show you are both running bamboos. They’d been hanging on to dear life for years now, surviving on an ever shrinking amount of water. This summer they finally reached their tipping point. RIP, my friends. I will miss you. 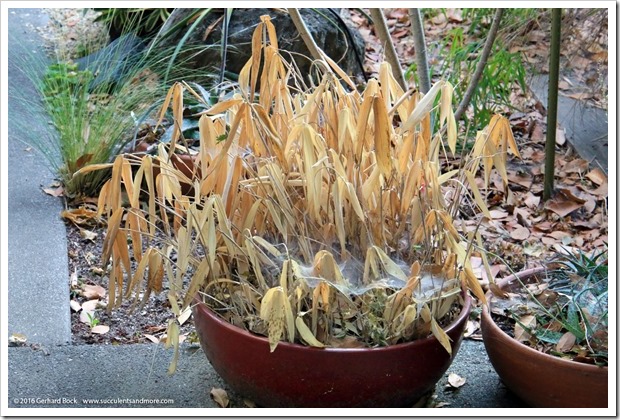 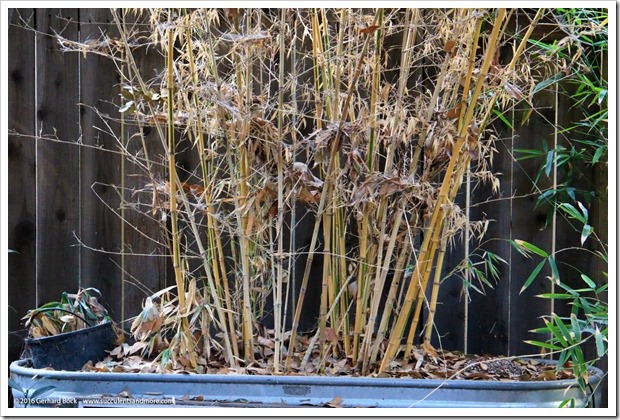 While in the backyard the primary cause of death was a lack of water, the casualties in the front yard were simply not able to handle the harsh temperatures. The two new succulent mounds that replaced the front lawn are mulched with light-colored rock, which reflects a lot of heat. Most plants I chose have no problems with this inhospitable situation but others weren’t able to cope. There’s really nothing I can do, other than pick plants that are better able to withstand the (reflected) heat. This problem will diminish to a degree as the plants get bigger but for now plant selection is key. 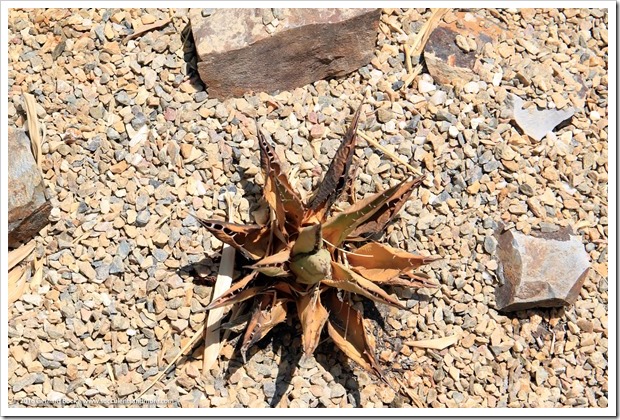 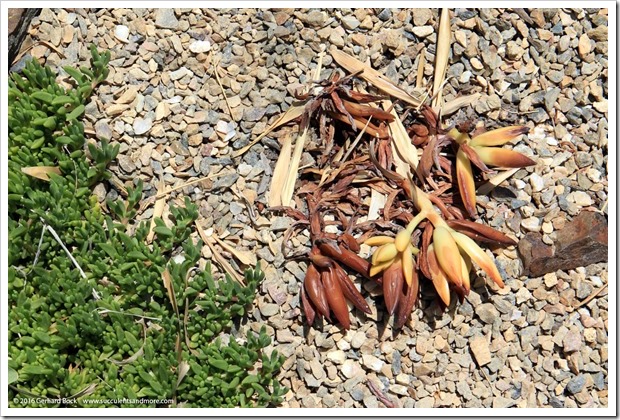 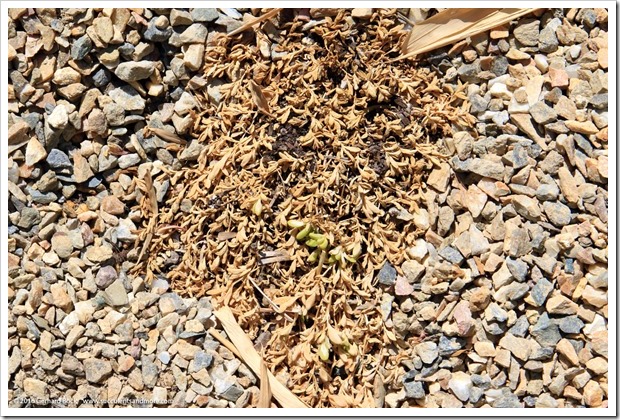 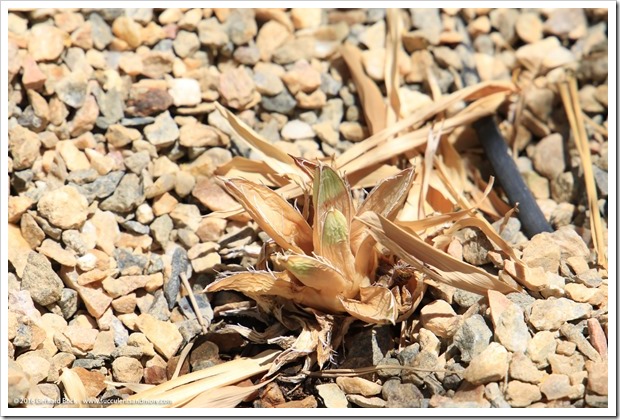 Agave schidigera ‘Black Widow’. I think the pup was just too small and I didn’t acclimate it slowly enough. In theory, this species should be able to handle the heat. 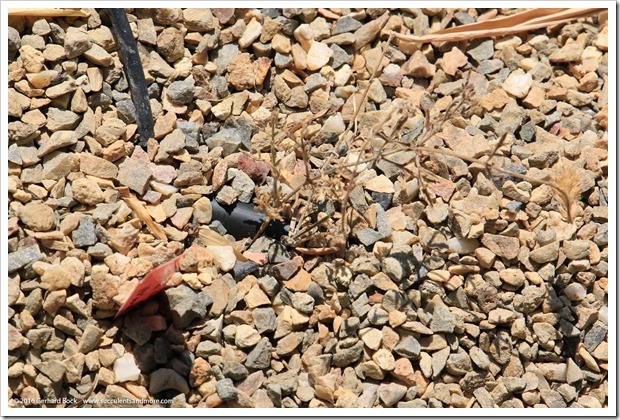 Yes, there is (or rather, was) something there: Verbena lilacina. The plant, a small seedling, may simply not have been strong enough. I will try again with a more established plant. 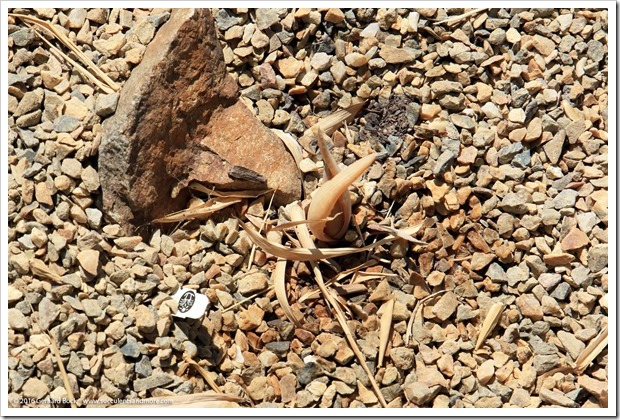 Aloe dhufarensis. Actually, this one is very much alive. Tricked you! 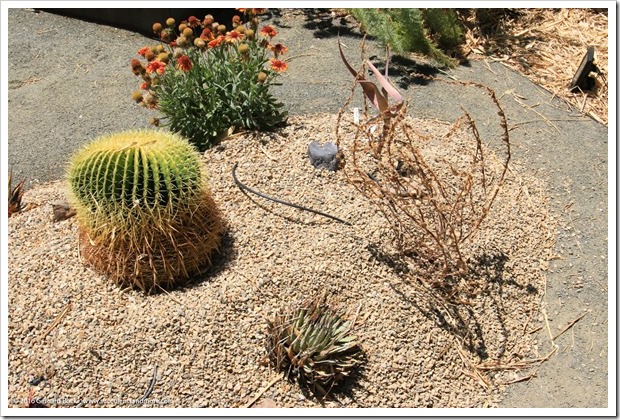 The next one is a bit of a mystery. This is an Old Man of the Andes cactus (Oreocereus trollii). It stood proudly until one day I found it leaning precariously. Now it’s completely flopped over. 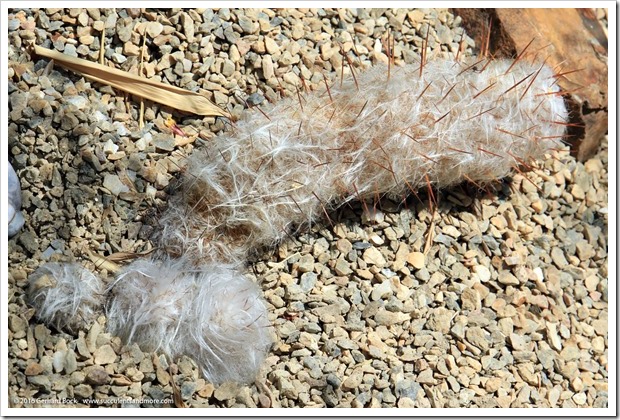 The base is soft instead of turgid. In spite of it only receiving water every 10 days, it managed to rot. Once the heat lets up and I feel like gardening again, I’ll remove it and replace it with a closely related Oreocereus celsianus (just because I have one that I don’t know what else to do with). I will, however, make sure this spot stays relatively dry when the drip irrigation runs. 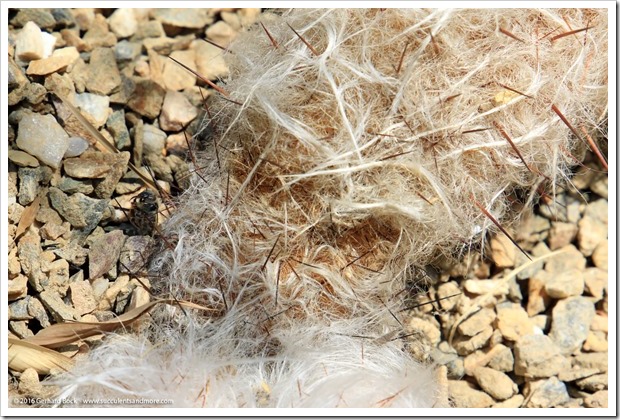 Overall, though, I’m quite pleased with how nice the mounds look in the dog days of summer. 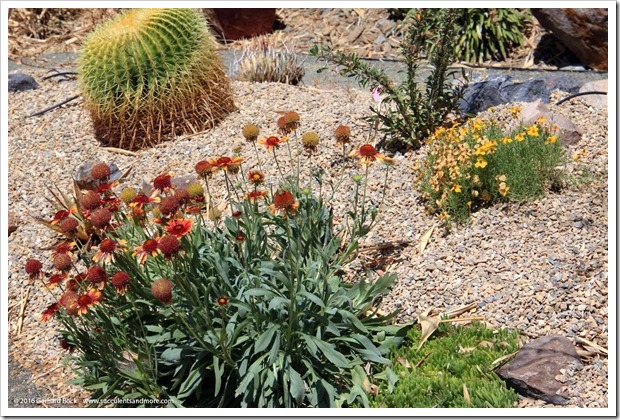 And since I prefer to end this post on a positive note, here’s one more thing that pleases me: The palo blanco tree I planted in the larger of the two succulent mounds—an acacia from Sonora, Mexico (now Mariosousa willardiana, previously Acacia willardiana)—is beginning to shed its juvenile bark. Underneath is the white adult bark which, in turn, will also peel off on a regular basis, creating the otherworldly effect I so love. Check out these palo blancos at the Desert Botanical Garden in Phoenix, Arizona to see what I mean. 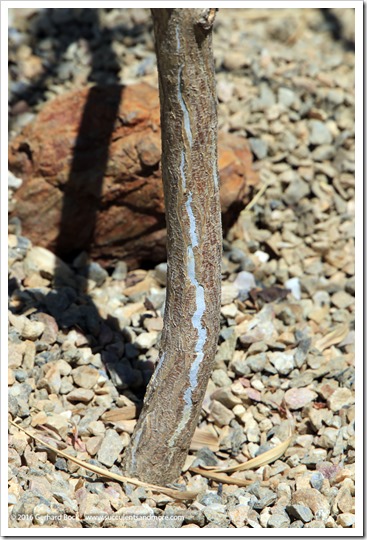 While it’s far too hot to do any meaningful gardening—although I did plant an eyelash grass (Bouteloua gracilis ‘Blonde Ambition’) and a red buckwheat (Eriogonum grande var. rubescens) this morning—I’m starting to accumulate replacement plants so I’ll be ready when the weather starts to cool off at the end of September.