We’re at the height of summer: two months down, two to go. I’ve been so busy with work this year that the first half of summer has zoomed by in a blur. The four days we spent in the mountains of the Eastern Sierra with our Australian friends? It feels like that was a year ago. Before I know it, fall will be here with shorter days, cooler temperatures, and ideal conditions for planting.

But this morning, something completely unexpected and fairly magical happened. We’re spending the weekend with my mother-in-law in Mount Shasta, 3½ hours north of Davis, and since I had forgotten to bring coffee, I drove downtown to get a cup of joe. As is usually the case, my eyes were on the mountain. At 14,179 feet (4,322 m), Mount Shasta is always an arresting sight. 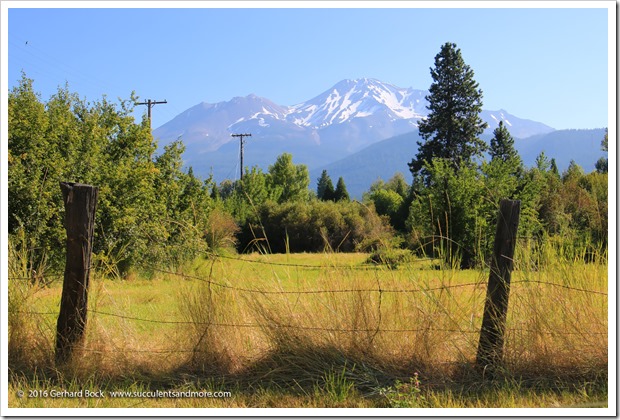 But what made me stop the car was a profusion of small yellow flowers growing right next to the sidewalk on the edge of a grassy lot: 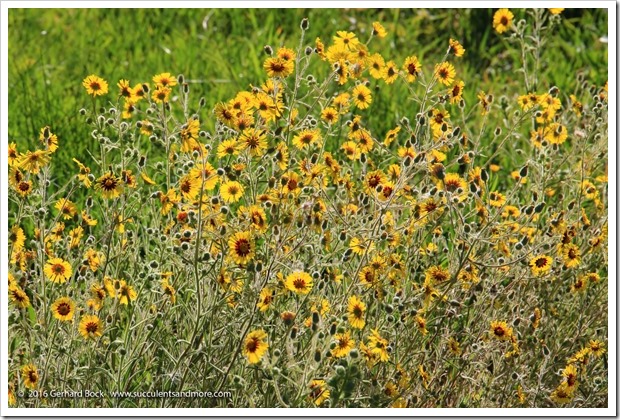 Their small yellow-and-brown discs encapsulated the essence of summer.

I don’t know what these flowers are, but it doesn’t matter. They were everything I love about summer, minus any of the things I hate. They were 8 a.m. in the morning when it’s no longer cool but not yet hot. When the light still has that burnished quality to it before it turns to blazing white. When I still feel like drinking hot coffee instead of a frozen frappucino. (My quest, after all, was to find a source of caffeine.) The little yellow flowers weren’t alone. They had friends in blue growing right next to them, common chicory, Cichorium intybus (thank you for the ID, Alan): 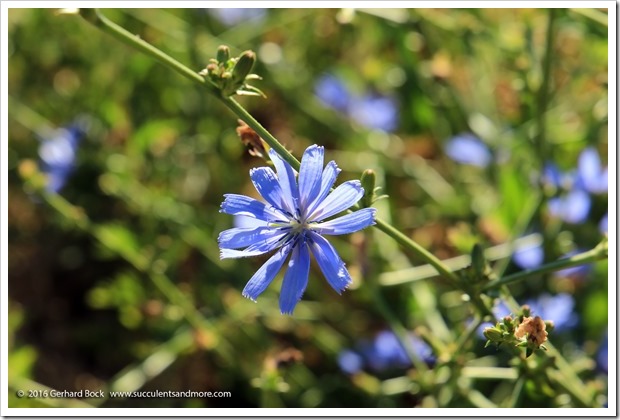 But the real motherlode of summery floriferousness was right across the street in the hell strip: 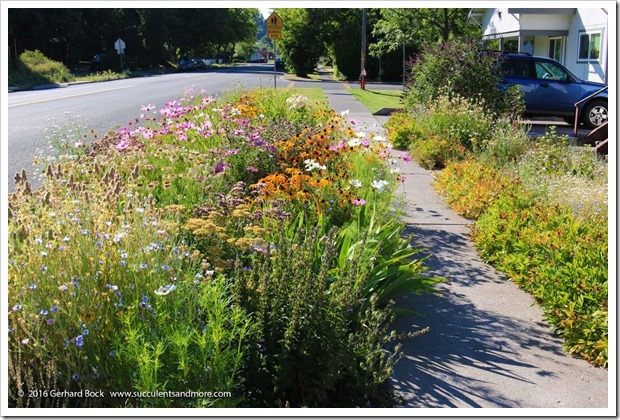 Sure, some of the flowers were past their prime (come to think of it, Mount Shasta is past the peak of summer already). But that didn’t matter. Even those that were done blooming looked beautiful.

I snapped one picture after the other, and time seemed to stand still. That doesn’t happen to me very often. As I mentioned earlier, it’s usually the opposite: time running away from me like a thief from the police.

I was very grateful for this moment of unexpected bliss. 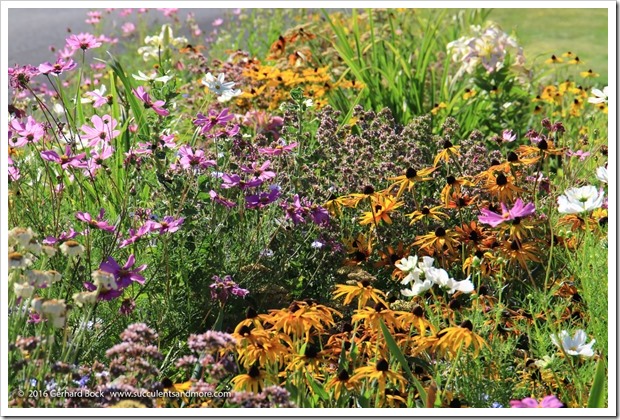 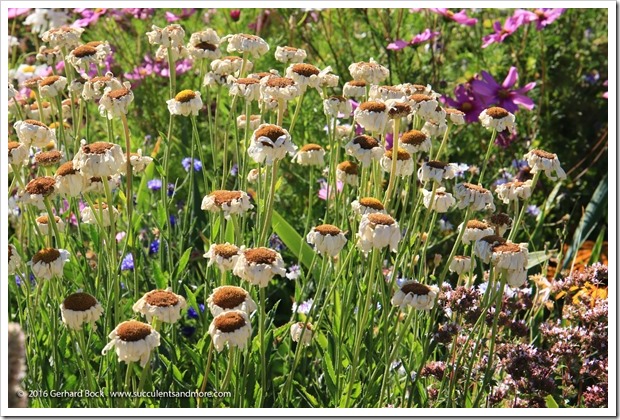 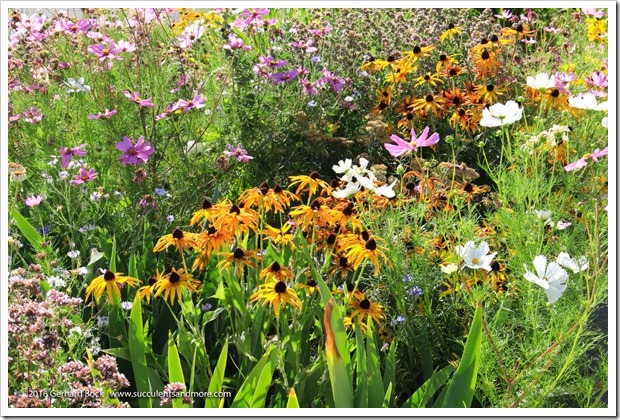 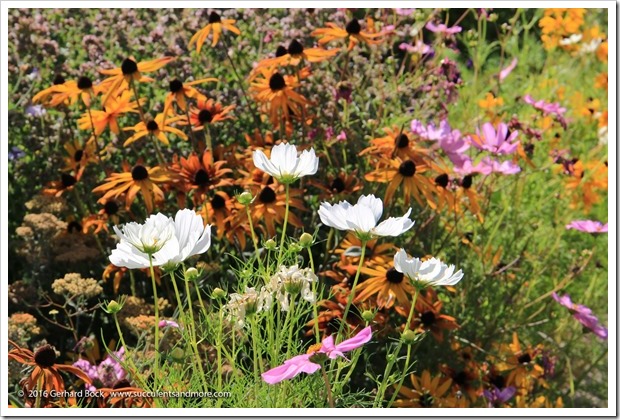 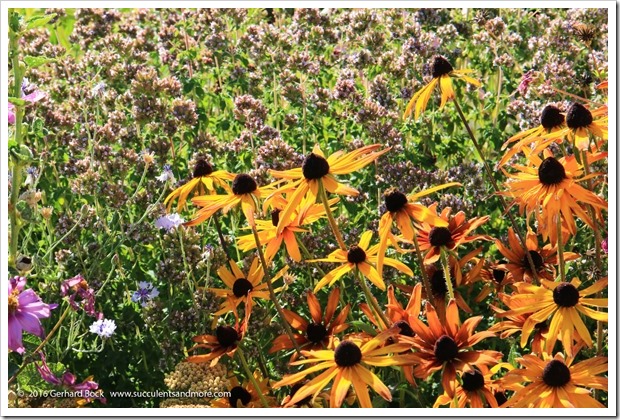 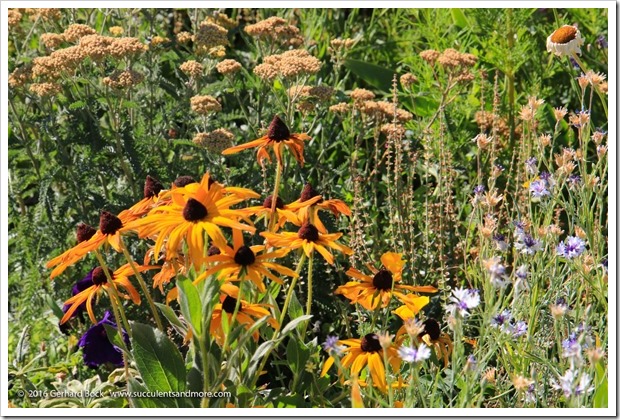 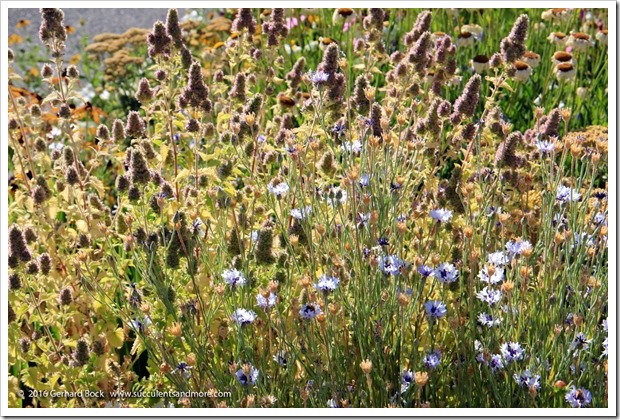 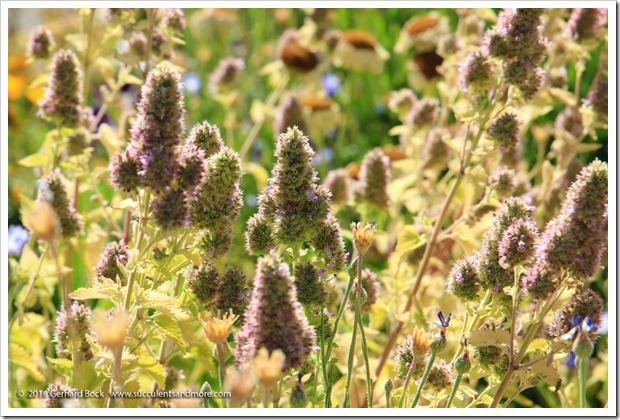 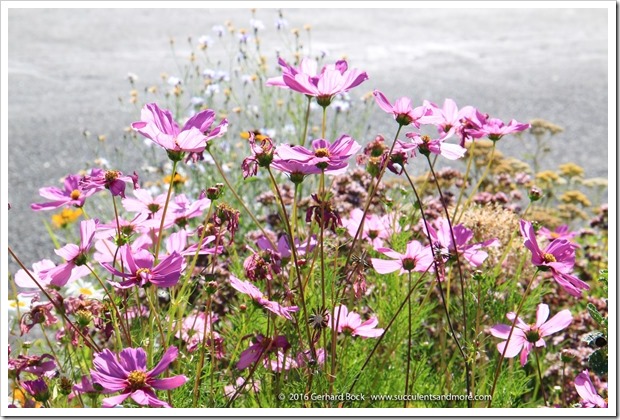 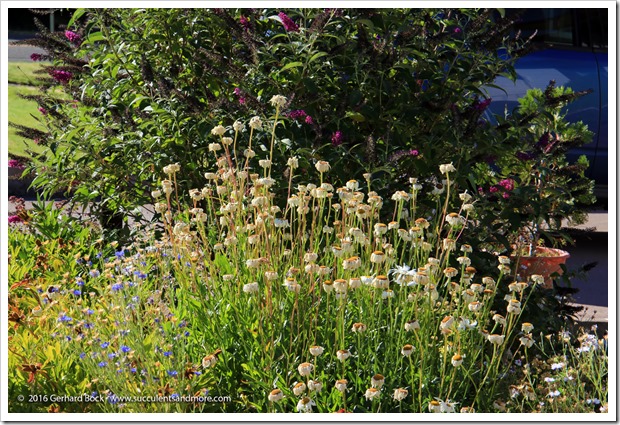 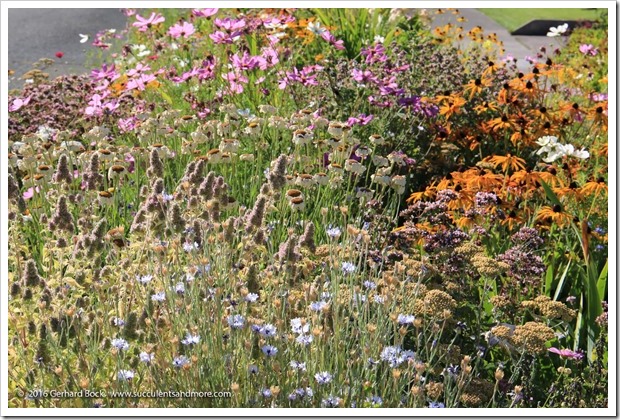 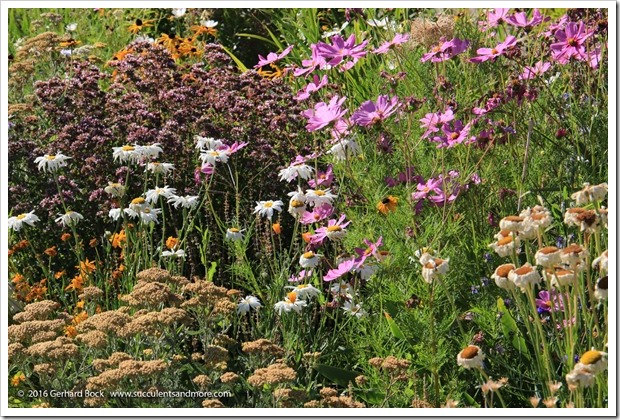 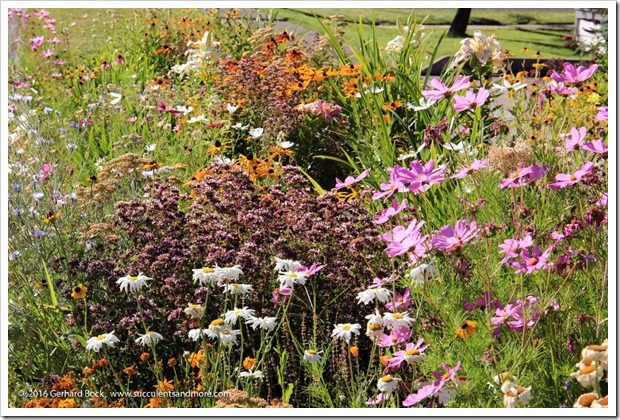 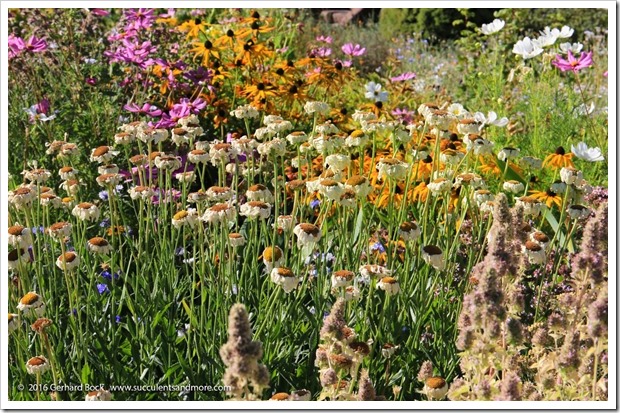 When I arrived back at my mother-in-law’s house, with a large cup of wonderfully fragrant coffee from Yak’s on Mount Shasta Blvd, I noticed these rudbeckias in pots along the driveway (and reflected in the living room window): 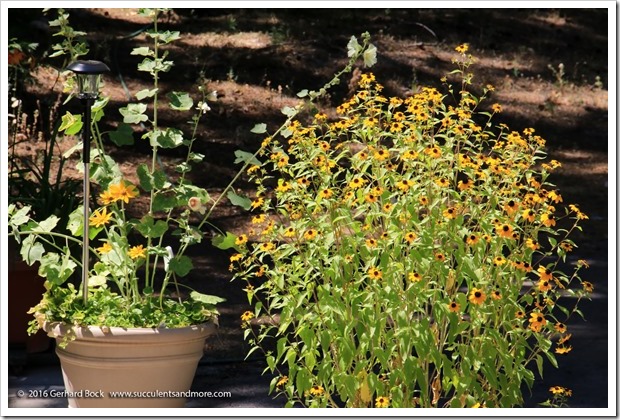 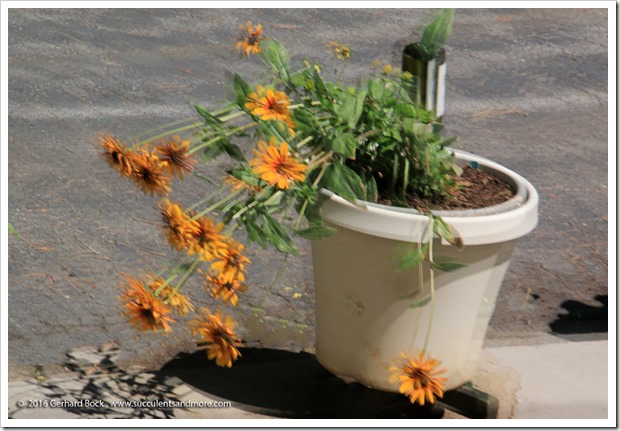 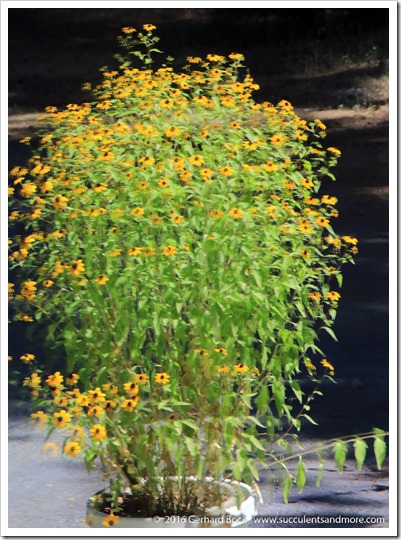 Magic is everywhere. You just have to be receptive to it.