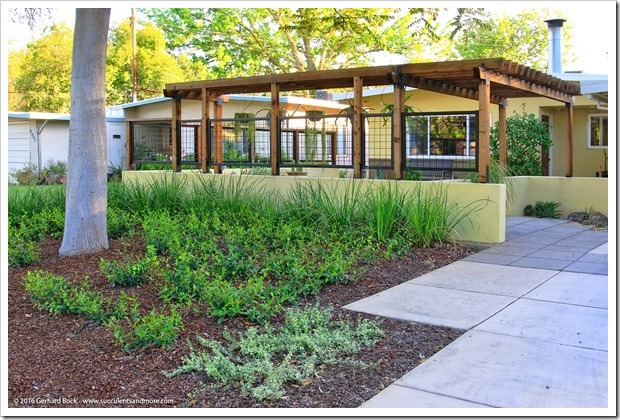 The courtyard behind the low retaining wall features an L-shaped raised bed. It’s constructed of poured concrete and finished to match the stucco of the house. The front wall of the raised bed is capped with slabs of slate that provide a comfortable place to sit. 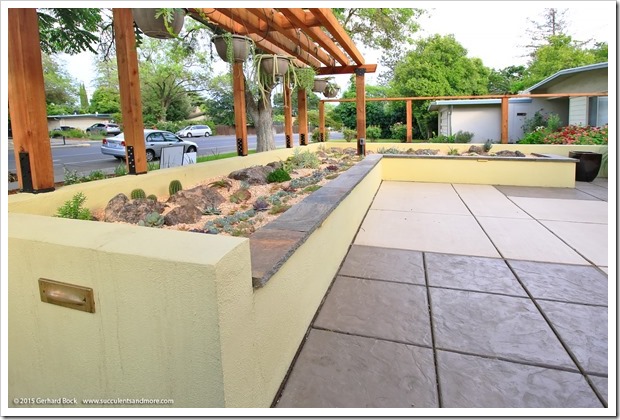 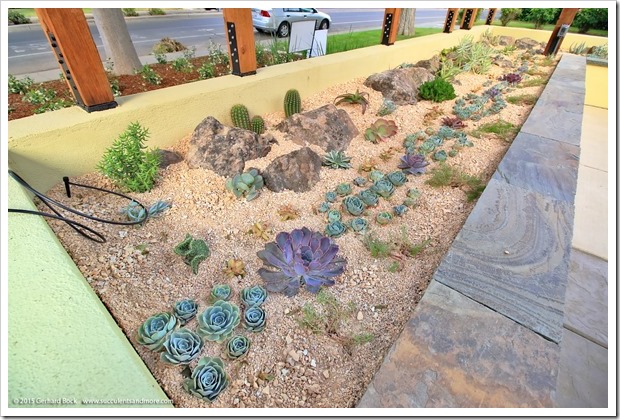 Now let’s take a look at what this succulent bed looks like now: 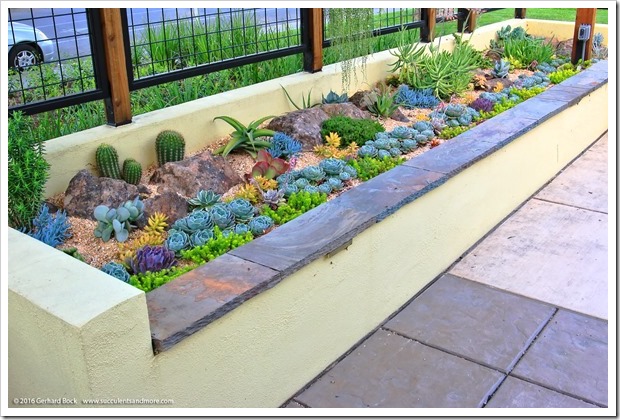 The progress is nothing short of amazing. What a difference a year makes! 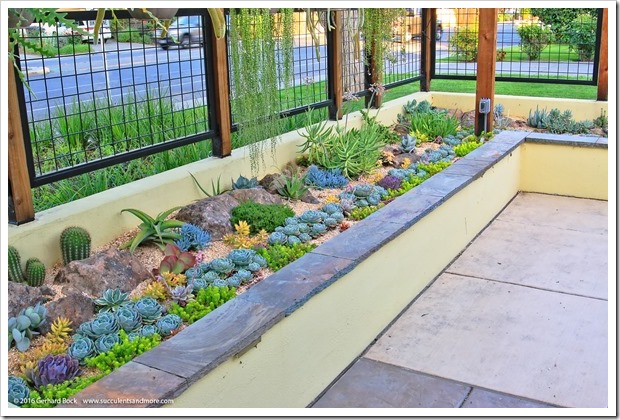 The plants have been through one summer (average in terms of heat) and one winter (milder than average) and are looking great. 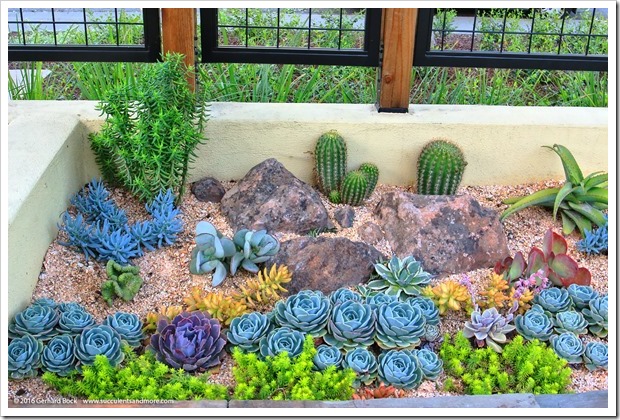 They are planted in a deep layer of pure decomposed granite and are watered once every 10 days through buried Netafim drip lines. Sue fertilizes her succulents occasionally using dilute Miracle Gro. 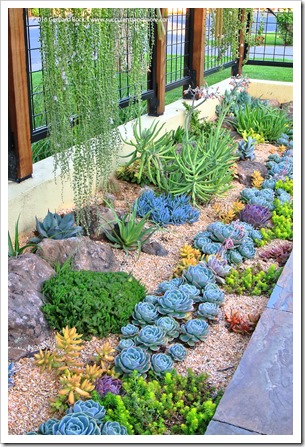 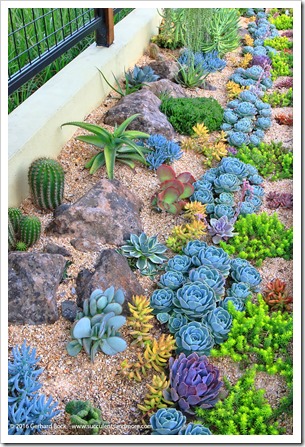 Clearly, what Sue’s been doing has paid off in spades. Many of the succulents have doubled, if not tripled, since last year. The echeverias, in particular, have offset like crazy, forming the ribbon of blue Sue had envisioned. 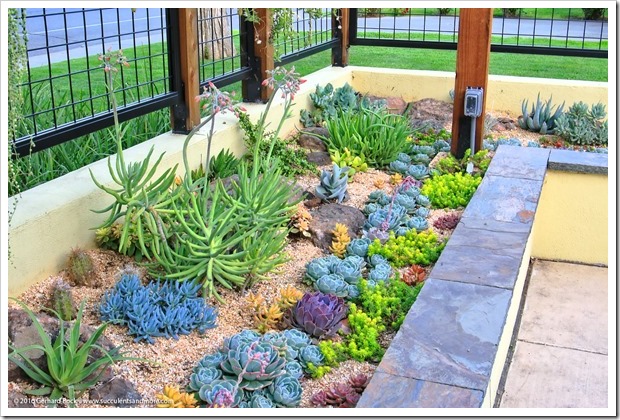 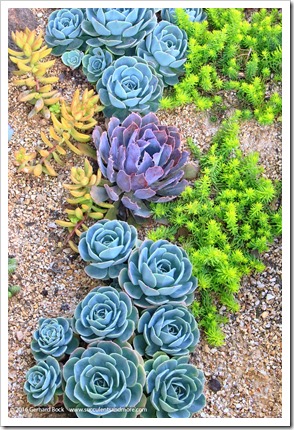 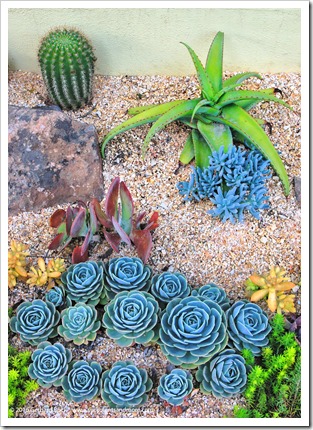 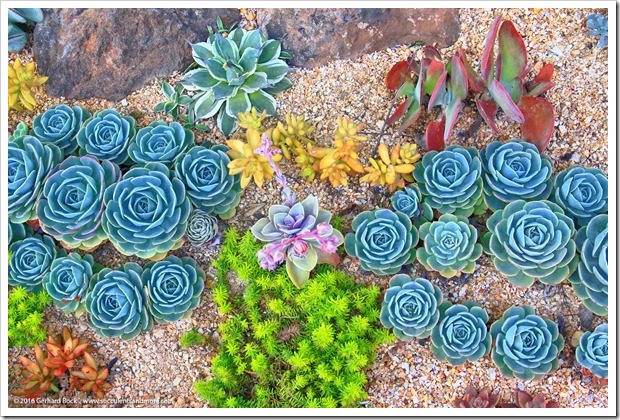 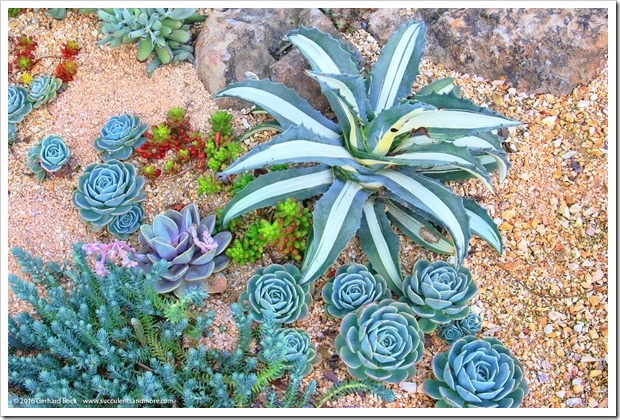 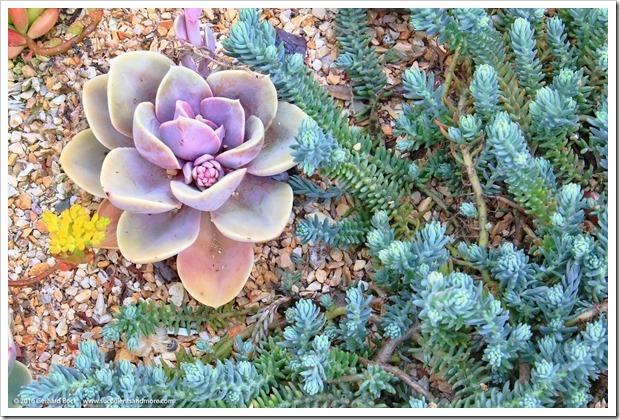 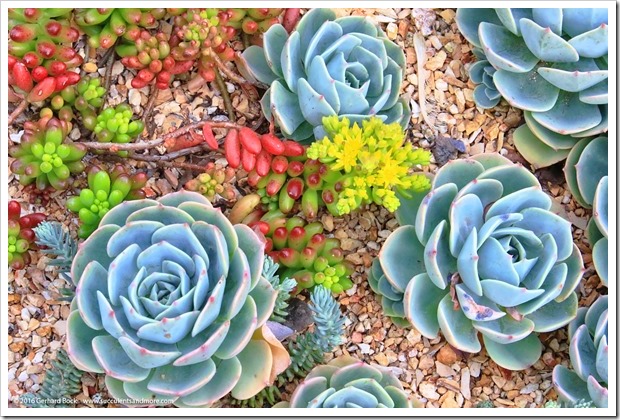 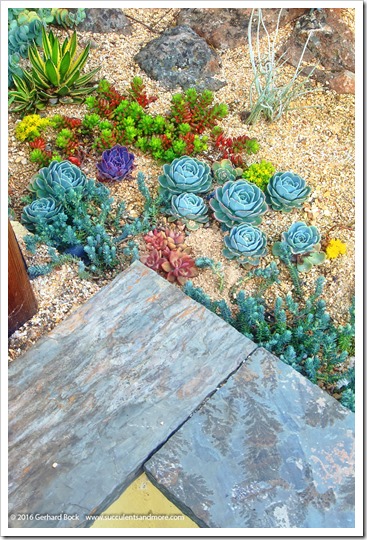 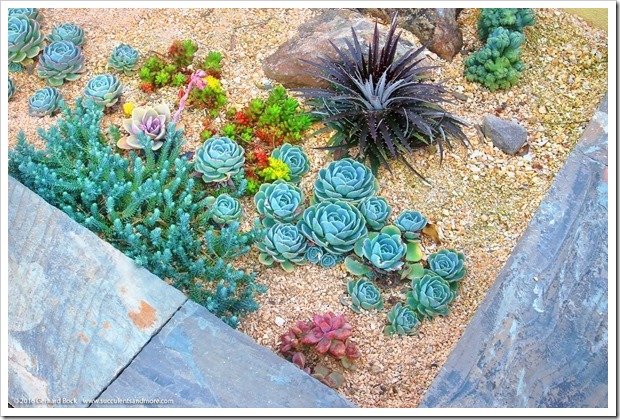 As I mentioned earlier, this past winter was quite mild. We had only a couple of nights with temperature more than a degree or two below freezing. The only losses Sue had were three small golden barrel cactus. That’s actually quite baffling considering Echinocactus grusonii is hardy to 15°F, at least for short periods of time. Our winter low was 26-27°F on December 27—well above that. Sue doesn’t think it was necessarily an issue with the cold. She had placed a polypropylene floating row cover on the planters to keep out leaves from a nearby tree; this cover may have kept the soil too wet and too warm, causing the cactus to rot.

But whatever the cause, it shows that in spite of our best intentions, plants have a mind all of their own.

I will check back with Sue in the late fall to see how much growing her succulents have done by then.