Lots of flowers in the front yard

The front yard is so beautiful right now that I want to press Pause on the giant DVR that is time. All too soon this floral cornucopia will be a thing of the past and summer will be here. Yes, summer starts early in our parts—as early as May.

But right now I’m getting tremendous enjoyment out of this spectacle and I want to share these photos with you. They’re random, and not about anything other than beauty. 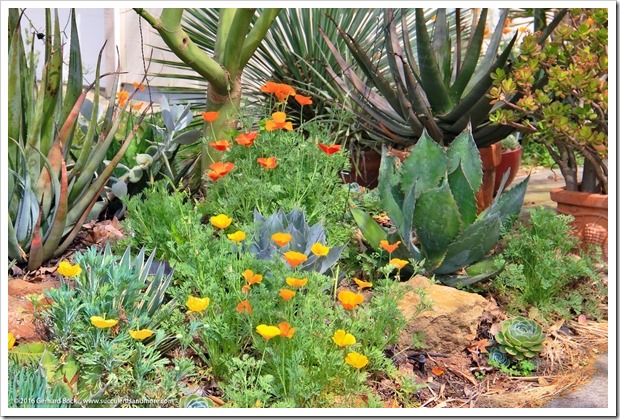 Bed between our driveway and our neighbor’s. The yellow poppy on the left is a Mexican tulip poppy (Hunnemannia fumariifolia). The others are California poppies (Eschscholzia californica); the deep orange cultivar is called ‘Red Chief’. 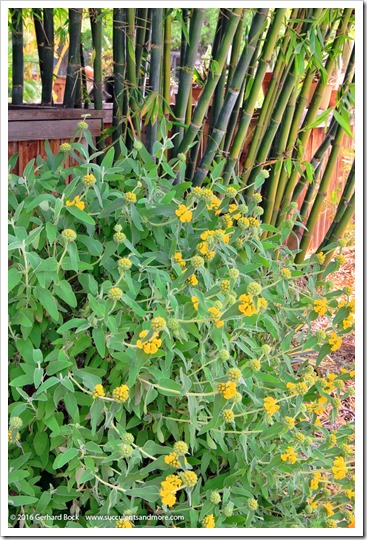 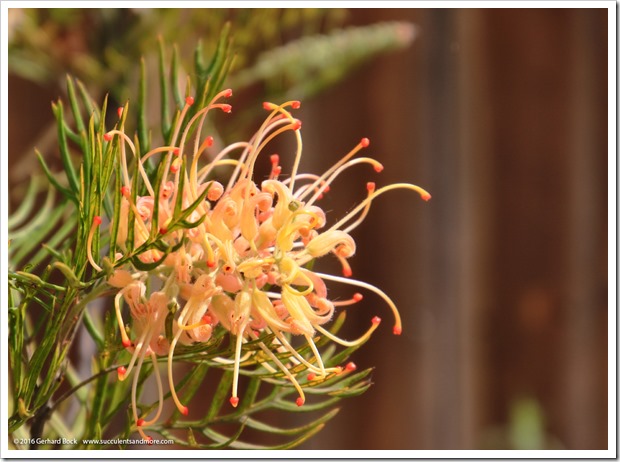 Grevillea ‘Peaches and Cream’. Another 10-12 buds are in various stages of development. 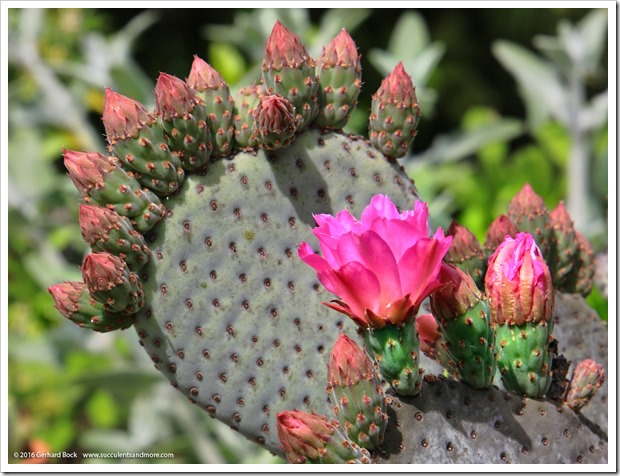 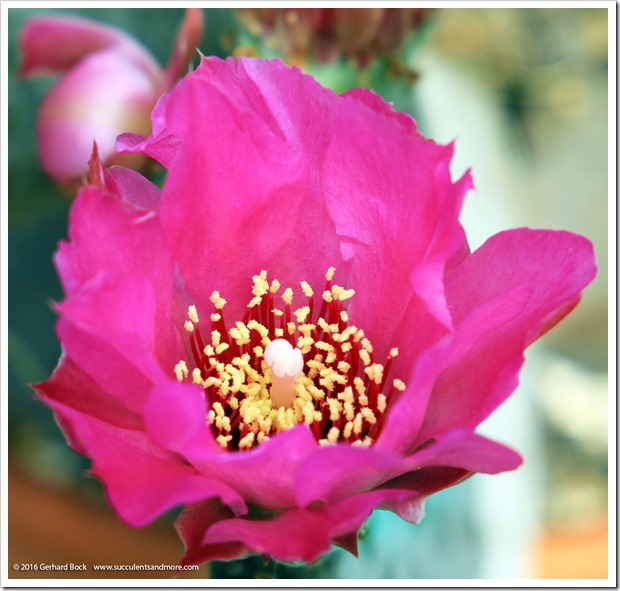 This is the first flower of what looks like many 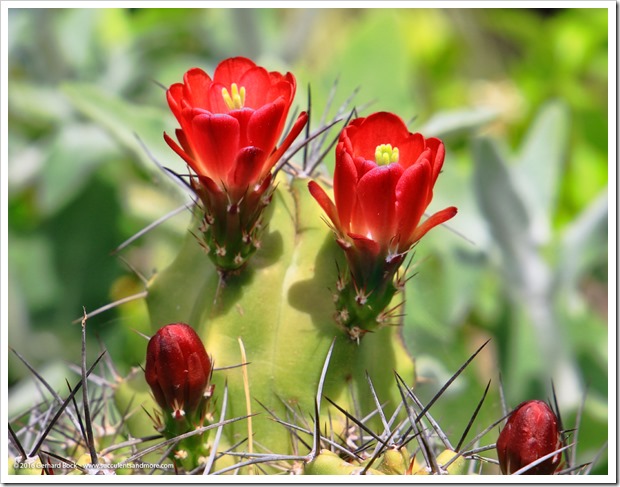 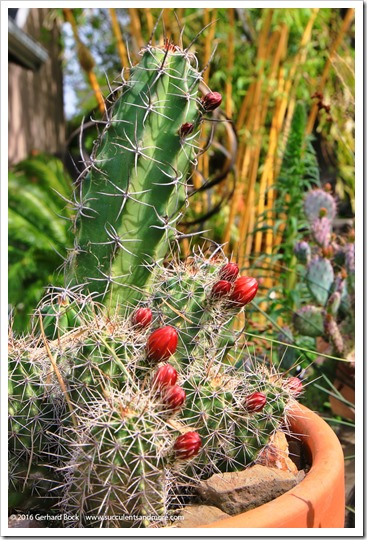 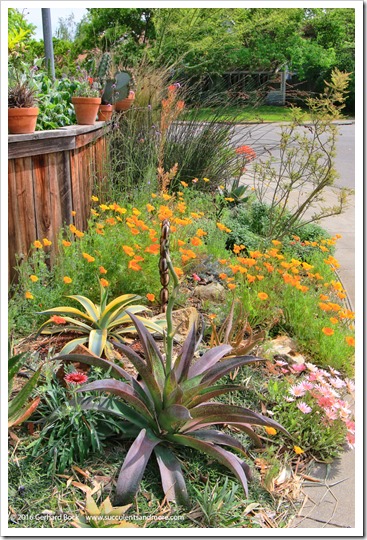 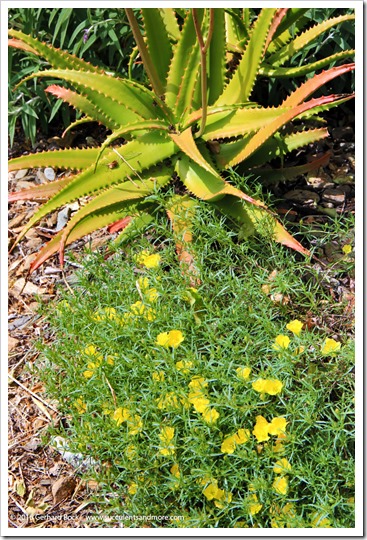 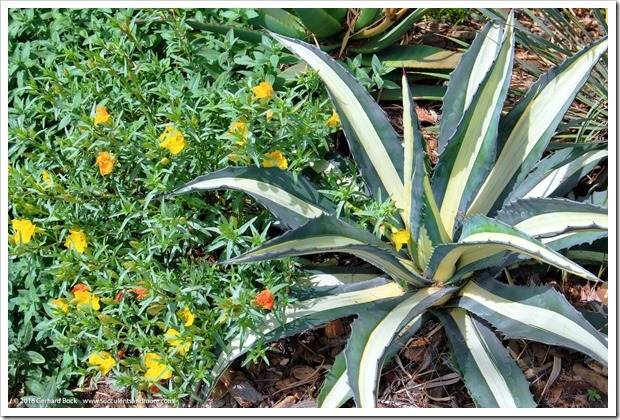 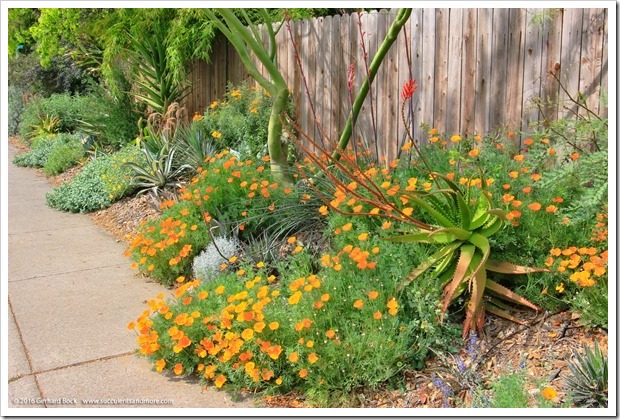 Lots and lots of California poppies 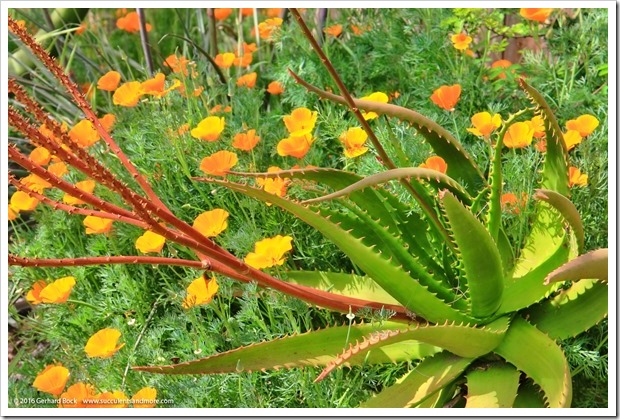 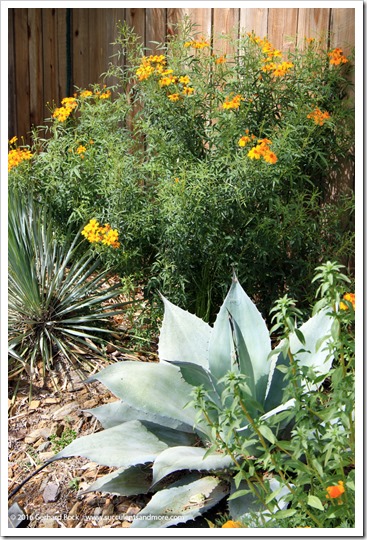 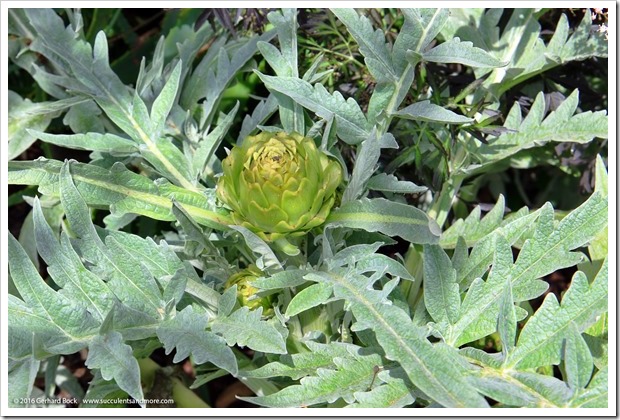 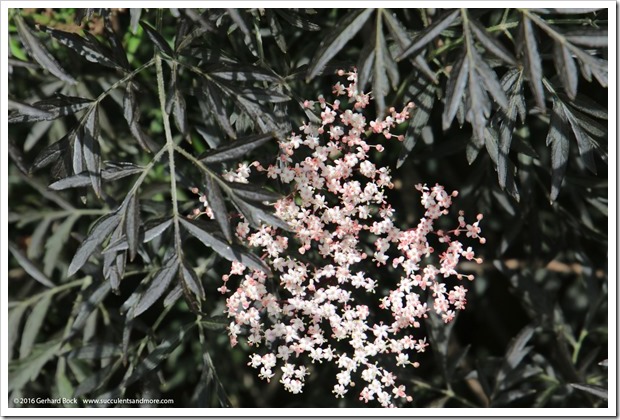 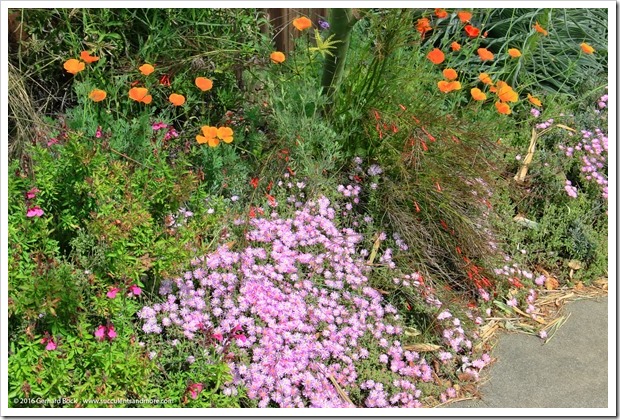 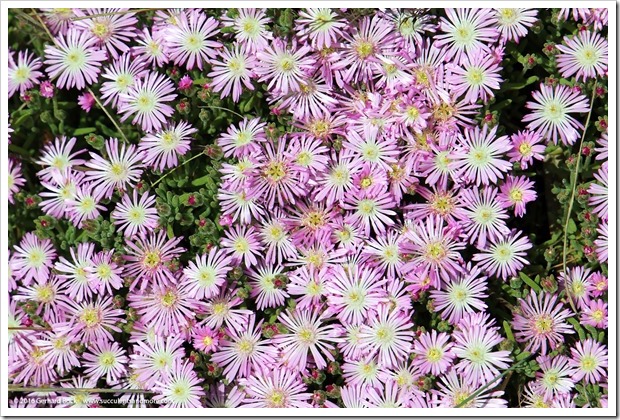 As much as I like all the flowers above, my hands-down favorite right now is this trio of Echium wildpretii, commonly known as tower of jewels. I’ve never had three blooming so close together. I love how it looks! 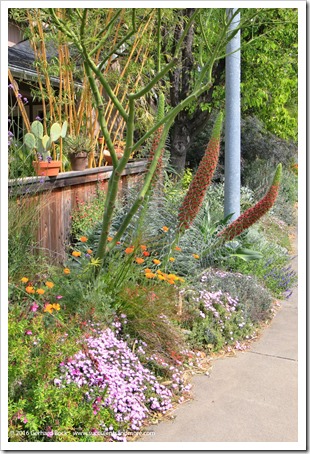 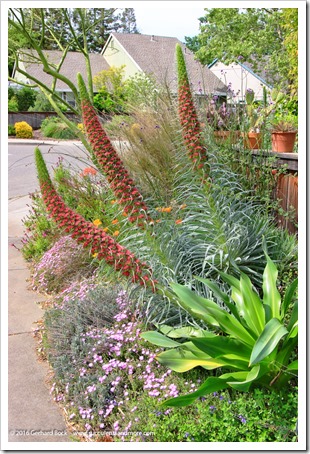 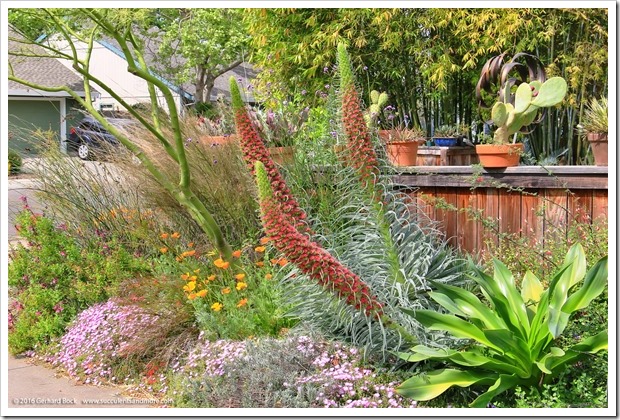 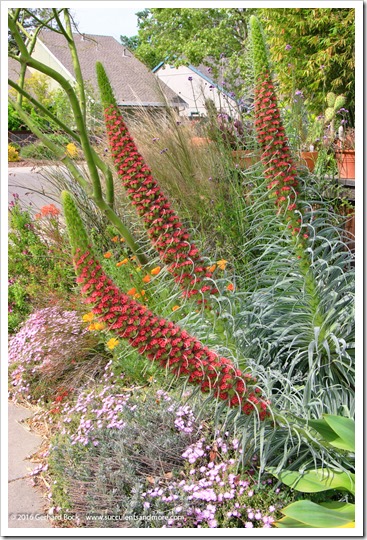 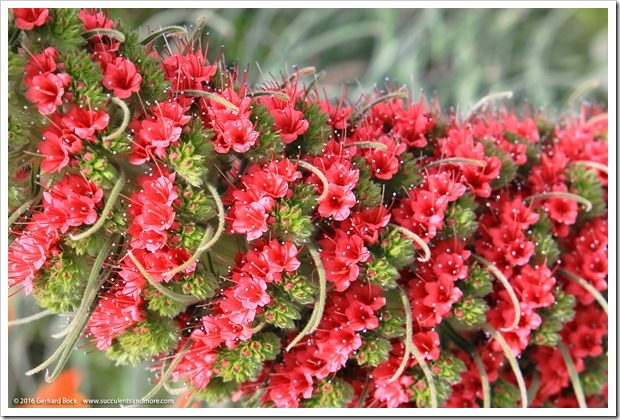 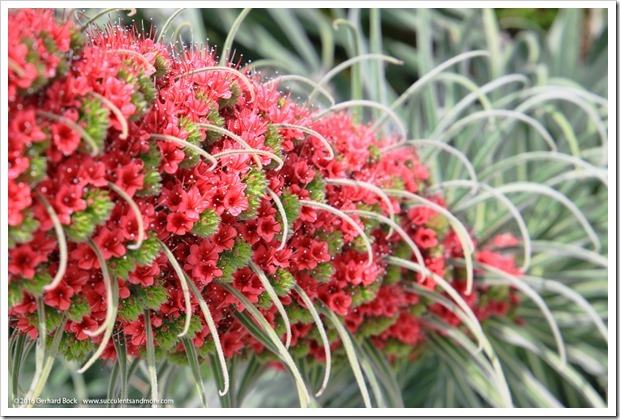 Echium wildpretii reseeds generously. Once you have one, you’ll have it forever. That’s a good thing in my book, considering this Canary Island native is a biennial: It grows as a rosette of soft, silver-gray leaves in its first year (sometimes two), then sends up a massive flower stalk (the “tower” alluded to in its common name), and then dies.