Friends of ours from Australia just returned from a trip to Iceland. They saw incredible natural sights ranging from fjords and volcanoes to rivers and waterfalls to hot springs and geysers. But the most unique—and unexpected—attraction was the botanical garden in the town of Akureyri in northern Iceland. The floral display our friends encountered was nothing short of spectacular.

But before we get to that, here are some landscape photos to set the mood: 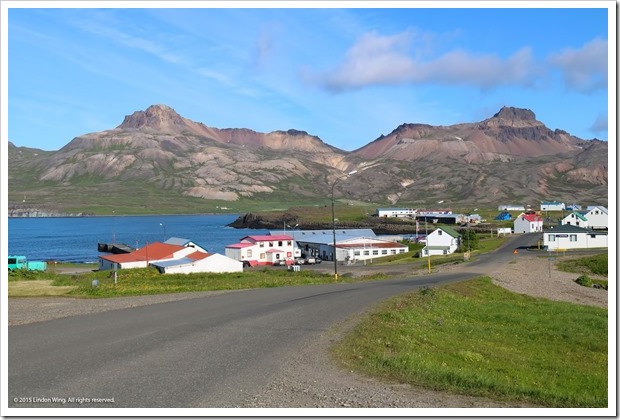 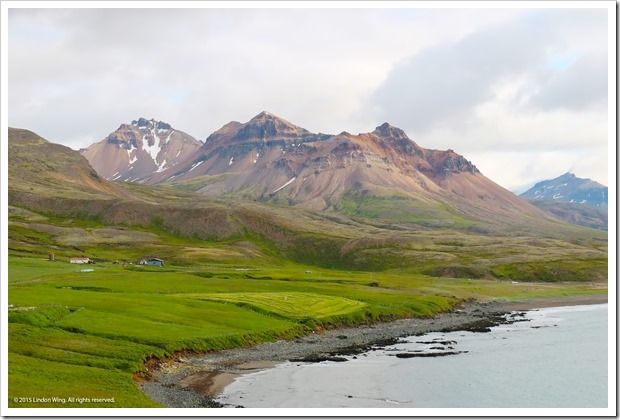 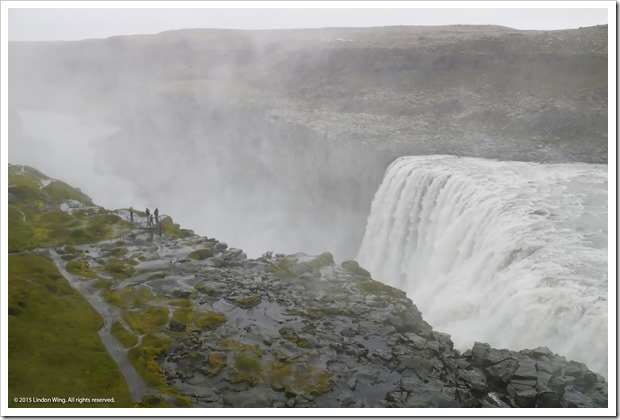 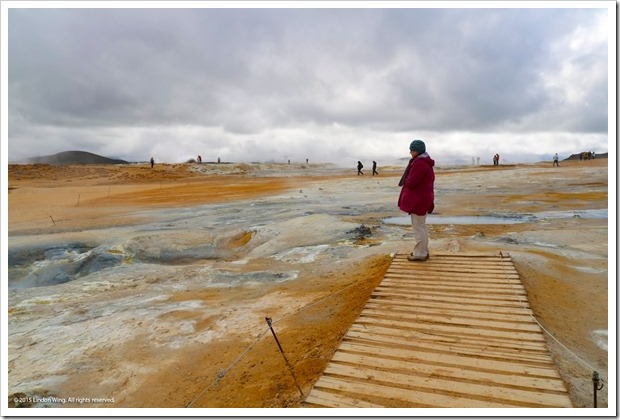 Now we’re at the Akureyi Botanical Garden, or Lystigarður Akureyrar in Icelandic, one of the most northern botanical gardens in the world.

This is what our friends said: “Apparently the garden came from an idea of some ladies of the town about 100 years ago with the aim of finding flowering plants which will tolerate the climate, etc. They managed to secure some land from the town council and their successors developed and looked after the garden for many years before the council eventually took it over. It is one of those places which the guide books should say ‘3 star’ – worth a special trip!”

According to the garden website, they now grow 6,000 non-native taxa as well as 430 native Icelandic taxa. The goal of the garden is to “provide northern Iceland in general with trees, shrubs and perennials that fulfil demands upon beauty and hardiness. The garden is also meant to function as genebank for hardy plants suitable to the weather conditions in Iceland.”

The growing season in Akureyi is short so the garden is only open from June 1 until September 30. However, at the height of summer there are 20+ hours of daylight so plants grow virtually around the clock. Winter is the exact opposite, with just three hours of daylight in December.

Now let’s take a look at the some photos our friend Lindon took: 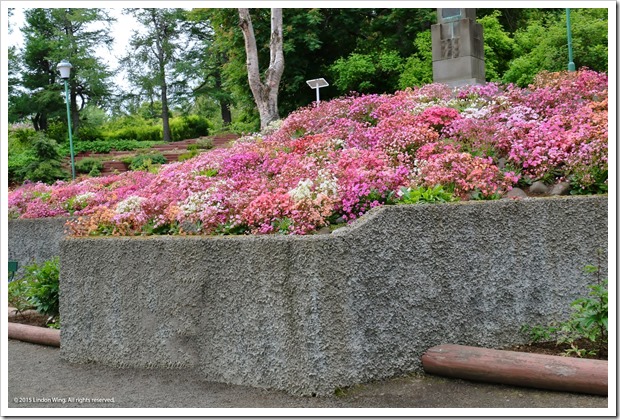 Display of Lewisia sp., native to the alpine regions of the western U.S. 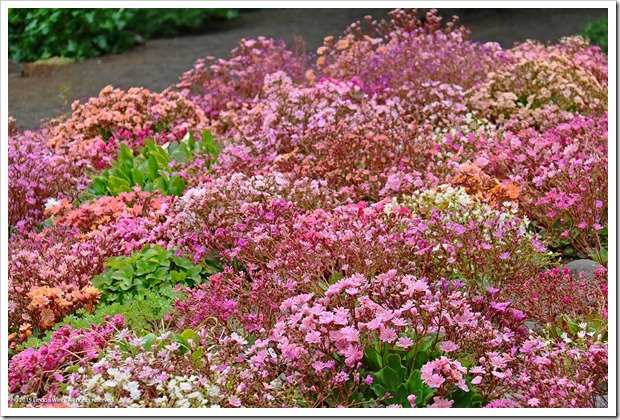 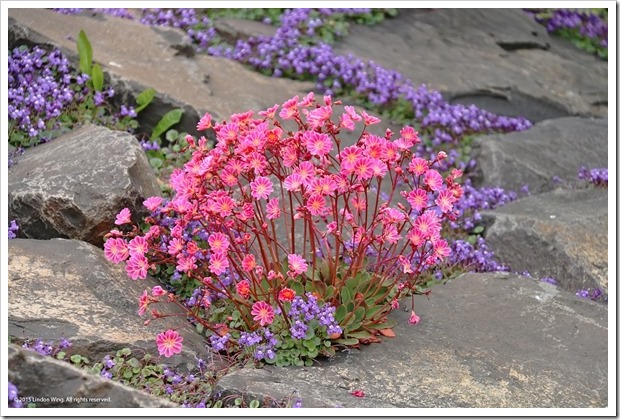 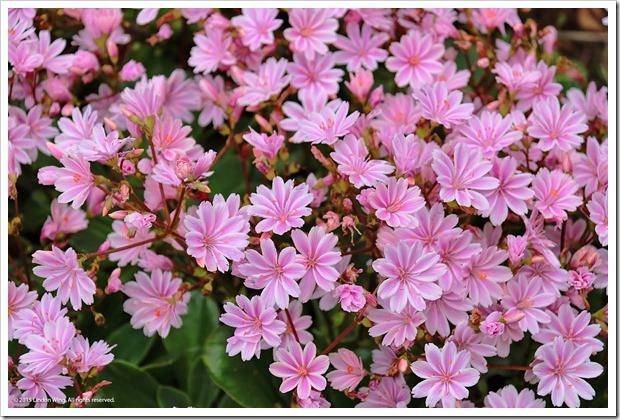 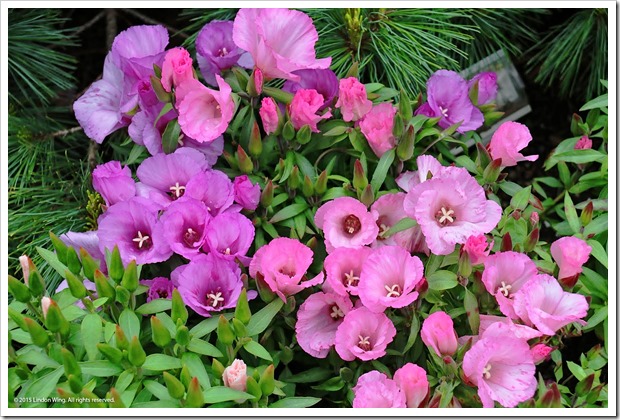 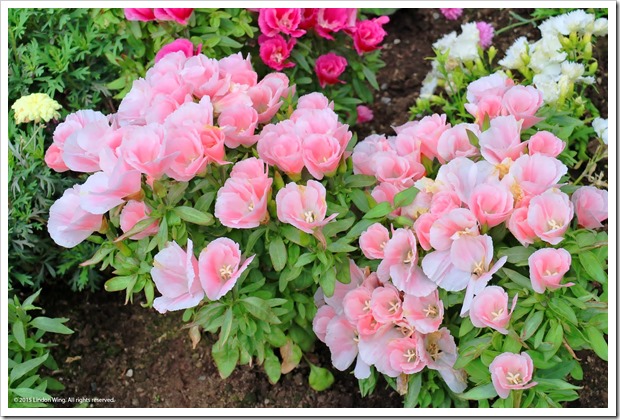 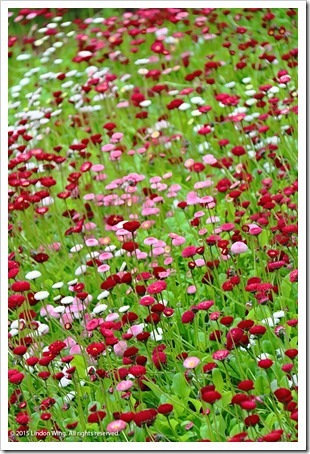 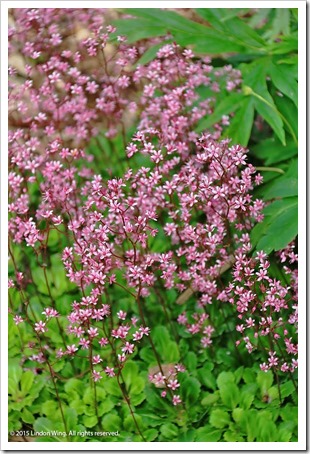 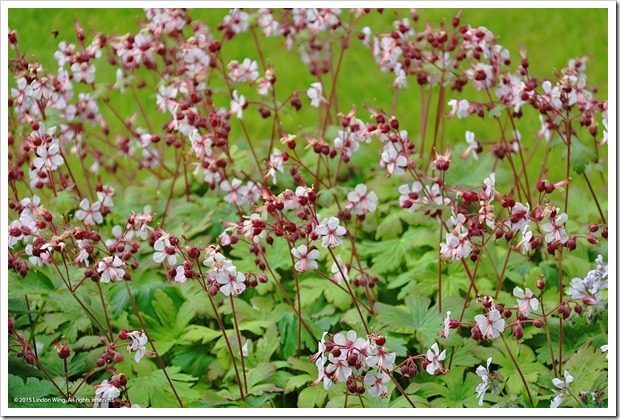 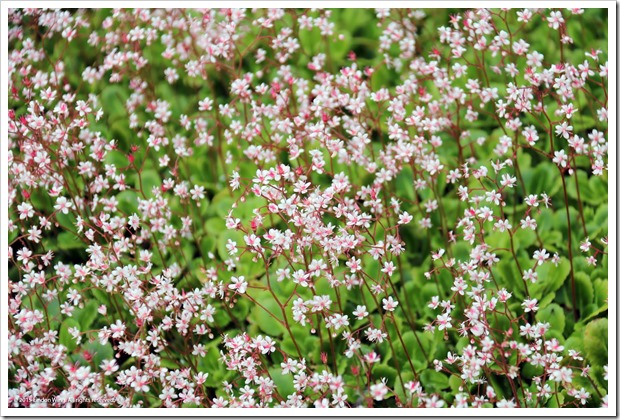 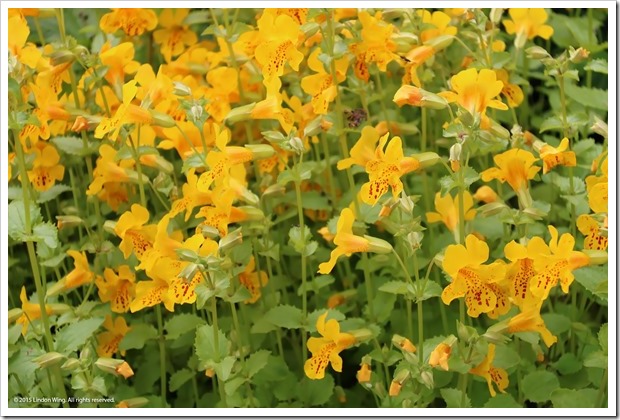 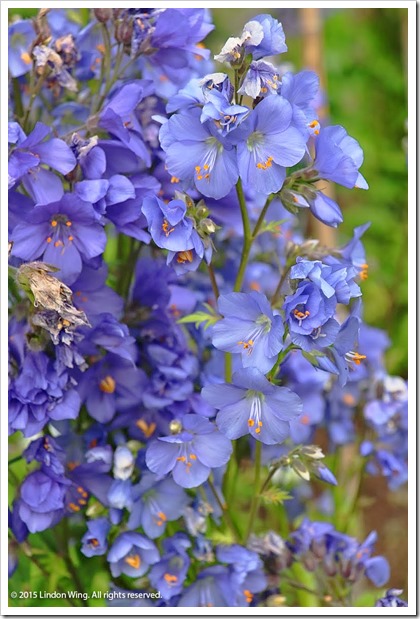 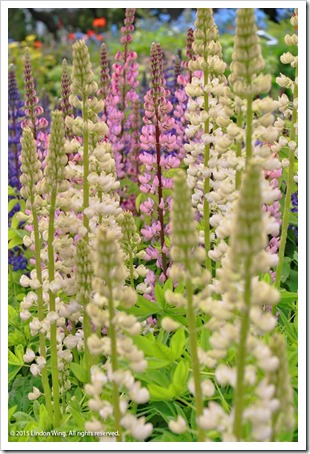 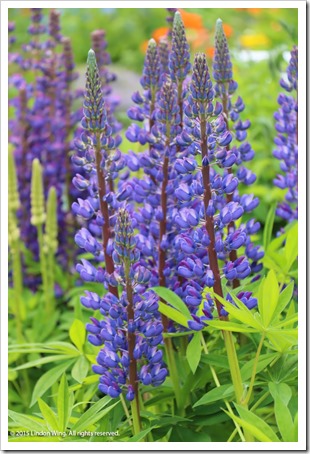 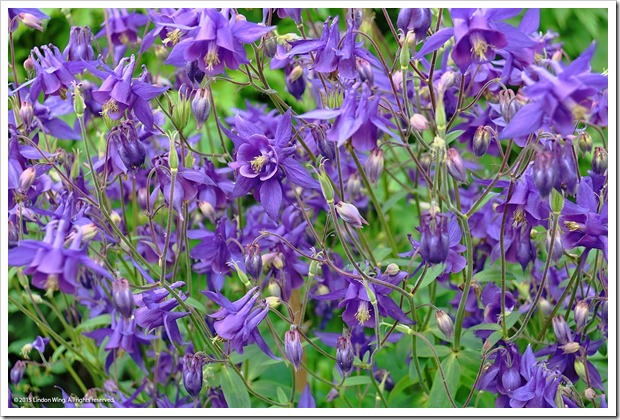 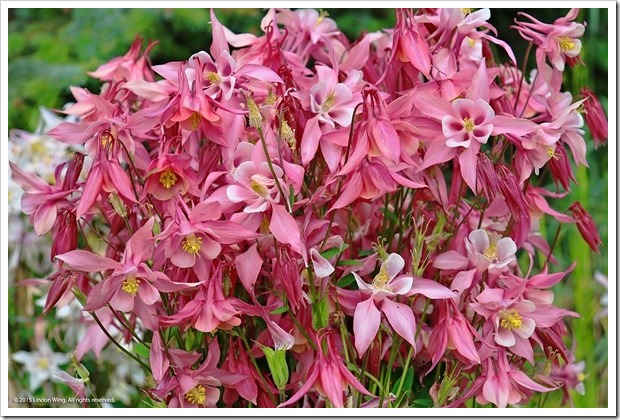 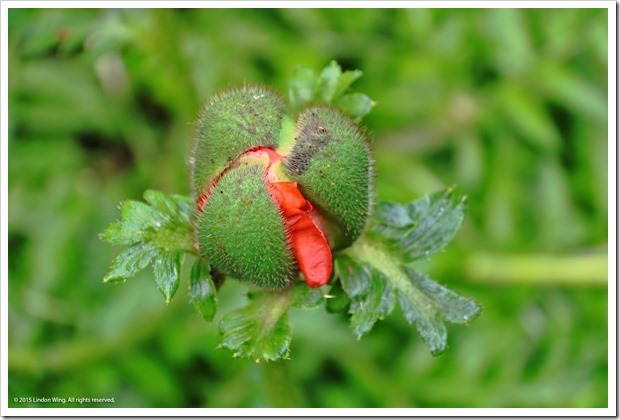 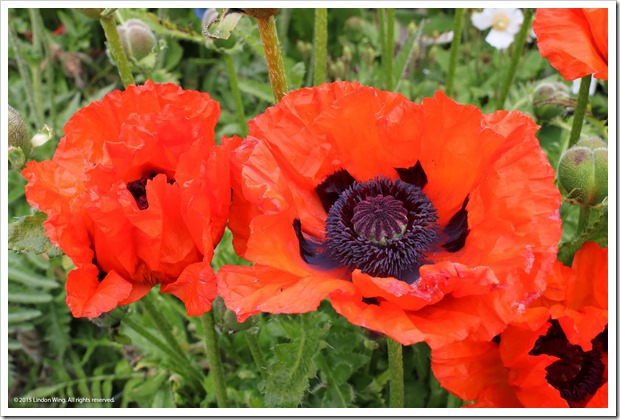 But there was one plant Lindon photographed that made my heart beat faster: the rare and elusive Tibetan blue poppy (Meconopsis baileyi). Prior to our Pacific Northwest trip this summer I hadn’t known that this poppy even existed, let alone that it had such a cult following. While we didn’t see any blue poppies in flower on our trip (it was too late in the season), it had a prominent presence in the botanical gardens I visited: VanDusen Botanical Garden in Vancouver, British Columbia has an entire section dedicated to Meconopsis (called Meconopsis Dell); at Butchart Gardens in Victoria, British Columbia there were references to Jennie Butchart, the creator of the gardens, receiving some of the original seeds collected by Frederick Bailey (after whom the Tibetan blue poppy is named) in the early 1900s.

Even though I knew that it would most likely not grow, let alone flower, here in Davis, I bought a package of Meconopsis baileyi seeds at Butchart Gardens. I’ll start them this winter even though I don’t have high hopes for success. if you live in the right climate—cold winters, cool to moderate summers, and rich and continuously moist soil—check out this article for growing instructions.

But back to the Akureyi Botanical Garden in northern Iceland. Here are the photos of Meconopsis baileyi our friend Lindon took. They—both the photos and the flowers—are truly stunning. 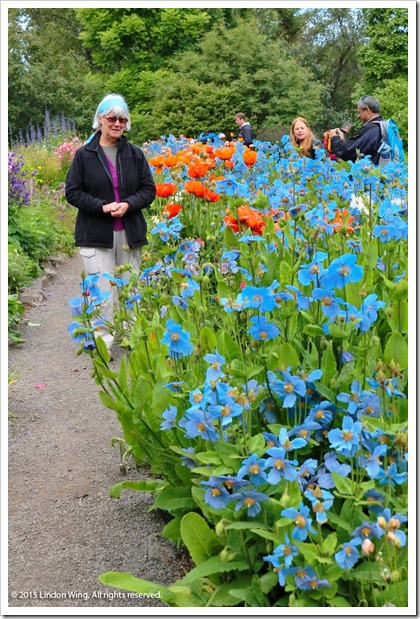 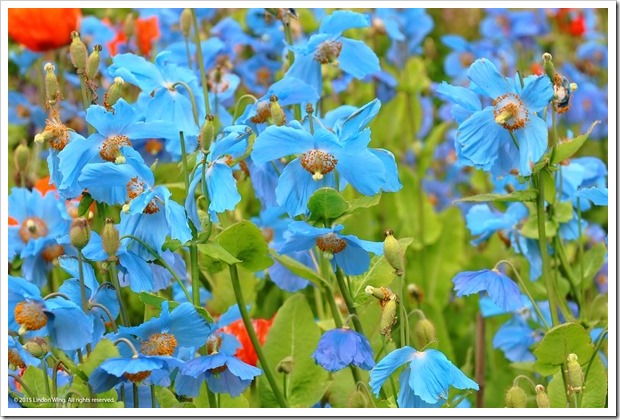 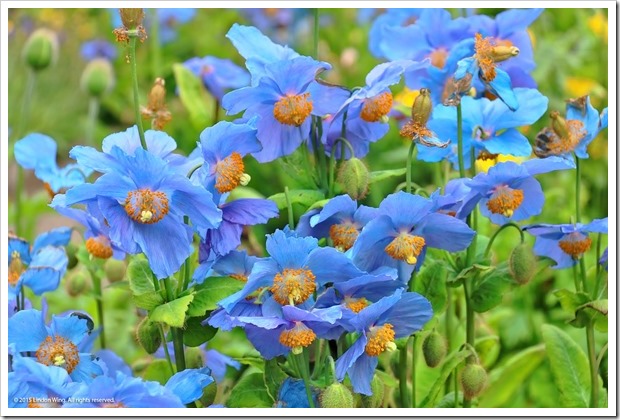 This darker blue flower might be Meconopsis grandis, a close relative 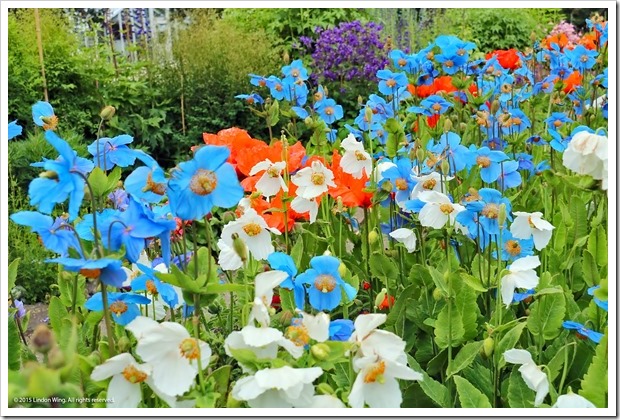 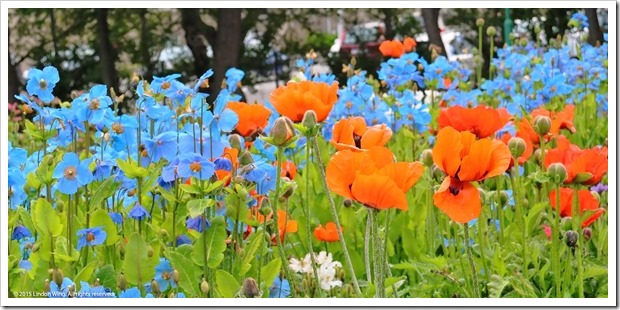 While I never give up dreaming and I still hope that I’ll make it to Iceland one day, I’m happy for now that Lindon shared his beautiful photos with us.

All photos in this post are © 2015 by Lindon Wing. All rights reserved. No reposting without written permission.