Last week I reported that the succulent selection at the big box garden centers in the Sacramento area has gotten much better than it used to be. I had some time on the weekend so I decided to see what Green Acres, an independent nursery with four Sacramento area locations, has to offer in the succulent department. I went to their newest location in Elk Grove, south of Sacramento, and I’m happy to say that they, too, have stepped up their game.

Like the big box garden centers, Green Acres has always carried small succulents—the kind that makes good container fodder—but now they also offer a larger selection of plants that wouldn’t look lost if planted in the ground. I’m sure this development is driven by demand for plant material suitable for lawn conversions and water-wise landscaping projects. 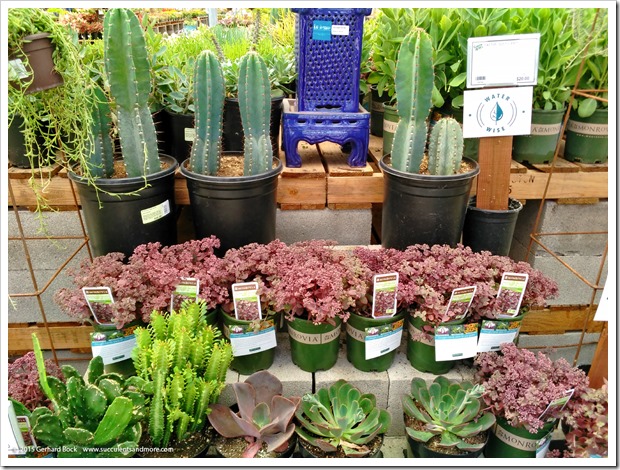 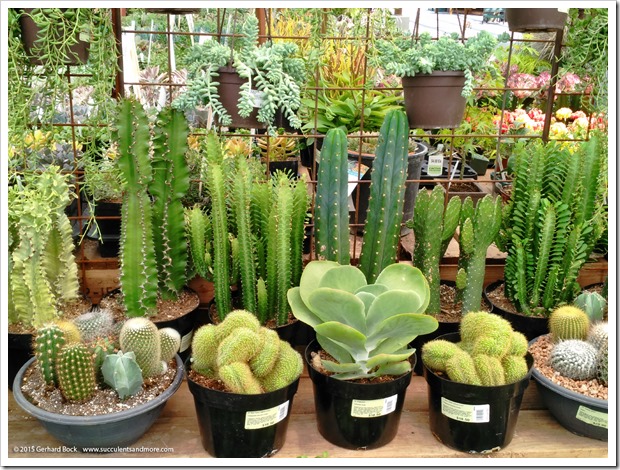 I was particularly excited to see cacti that will grow to a decent size once planted in the ground, like these Peruvian apple cactus (Cereus repandus) 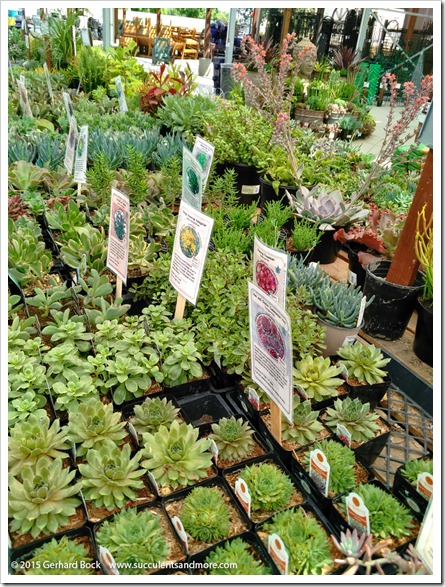 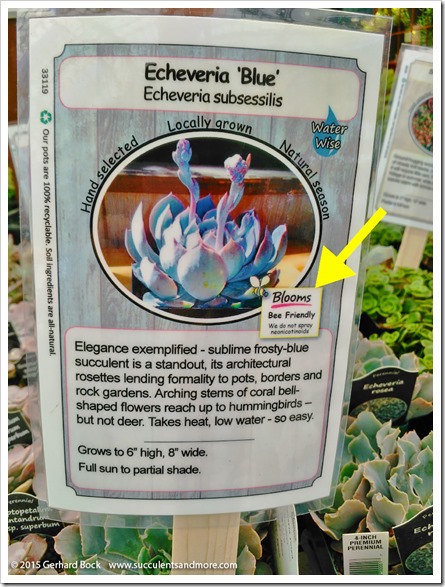 Note the “Bee Friendly” label. A not-so-veiled jab at the big box garden centers that still sell plants treated with neonicotinoids, a class of pesticides suspected to be harmful or even deadly to bees. 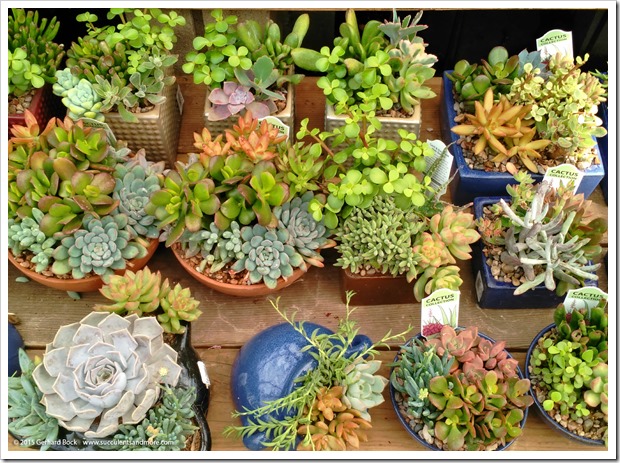 These pre-made succulent arrangements seem to be quite popular 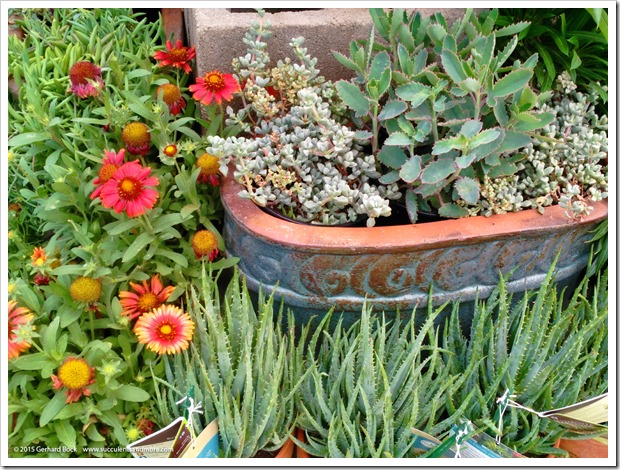 I like this vignette incorporating succulents and gaillardias. It’s so easy for nurseries to create attractive displays simply by putting potted plants in containers they sell anyway. That way nothing gets planted and can still be sold. 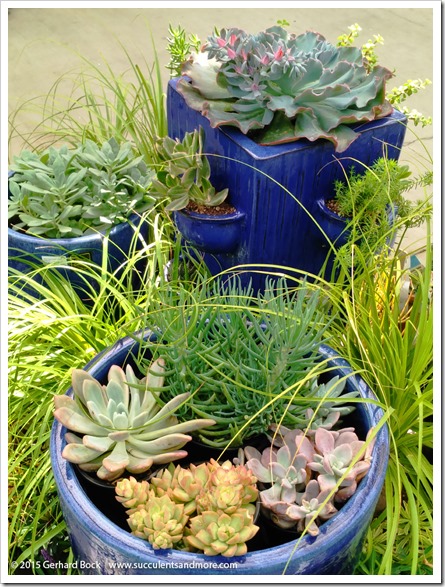 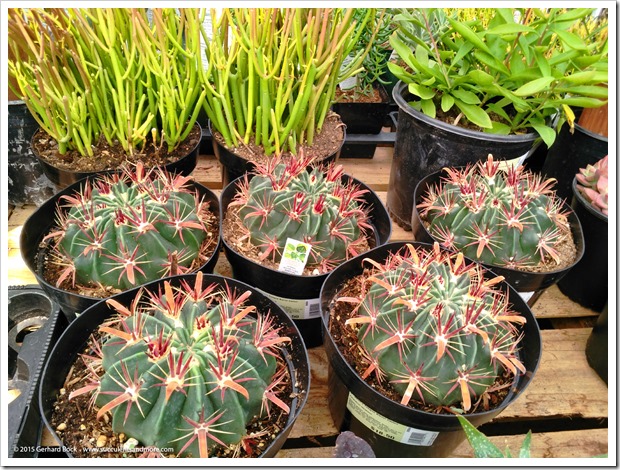 I love me some good barrel cactus! It was great to see such nice specimens of Ferocactus latispinus. They’re hardy to the mid twenties and grow to 3 ft. when planted in the ground.

Plectranthus neochilus, labeled as spur flower ‘Mike’s Fuzzy Wuzzy’, was a surprising sight among all these succulents. San Marcos Growers says this succulent herb is hardy to 30°C, so in our climate it’s an annual. The aloe next to it is Aloe ‘Rooikappie’. 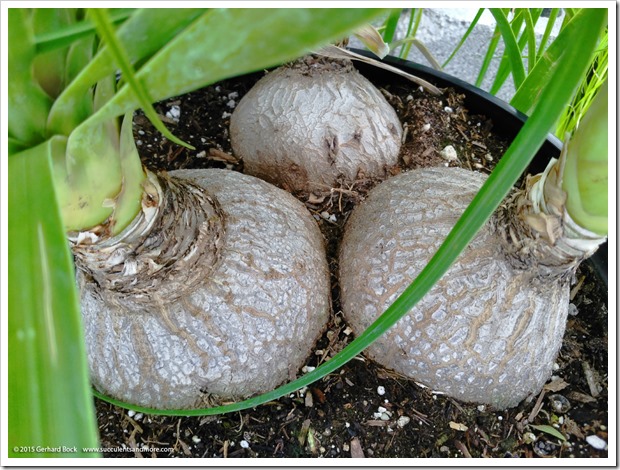 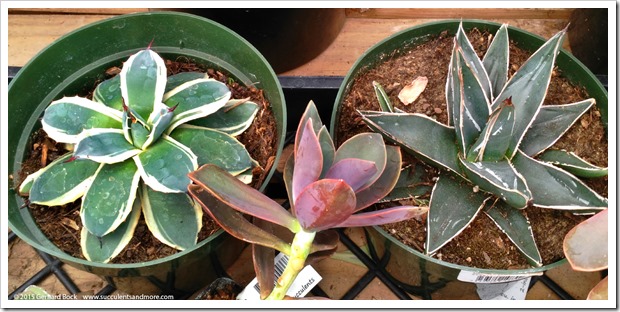 On the left is a juvenile Agave applanata ‘Cream Spike’. Note the fairly flat rosette and the while variegation. 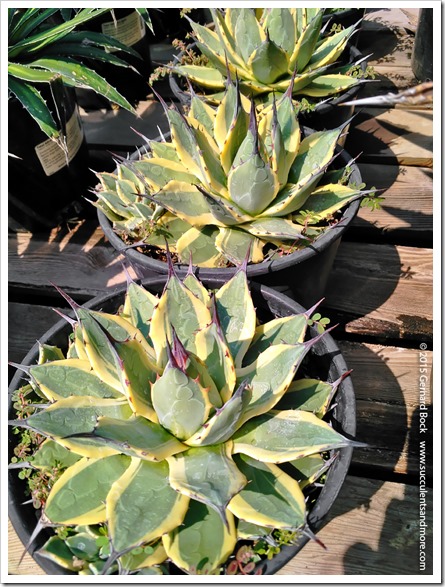 Now look at the larger specimens in 2-gallon cans being sold in the landscape succulent section outside. The rosette is much rounder and the variegation a buttery yellow. This is where I bought the plant I blogged about here. 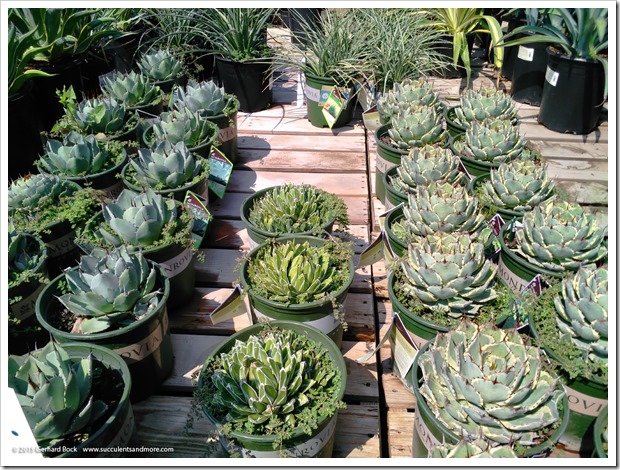 …and few in #15 pots, like Agave bovicornuta on the right 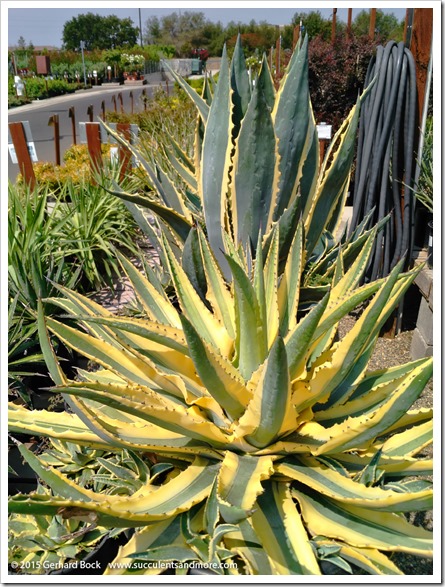 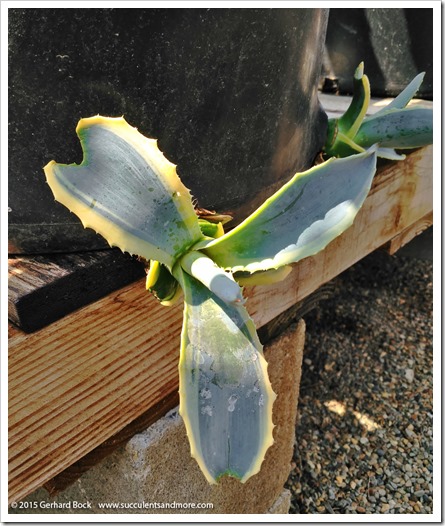 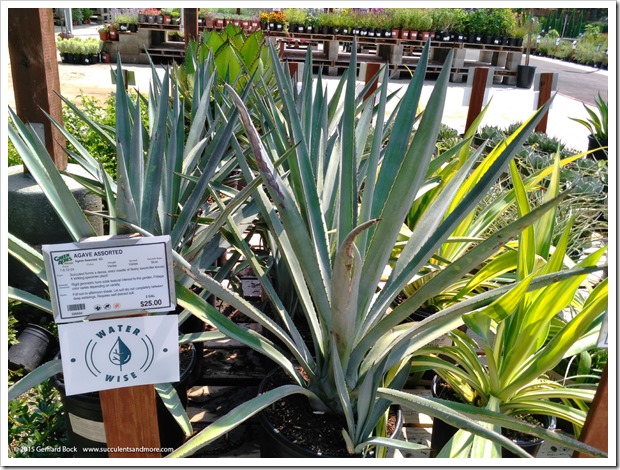 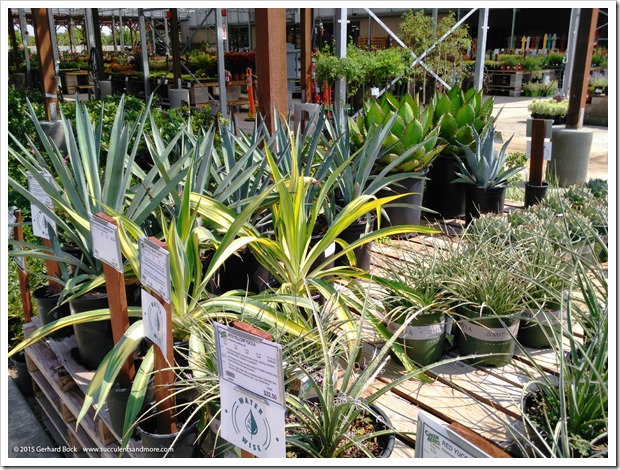 On my way home from Green Acres I made a quick stop at a Home Depot to see what they have. Overall, the succulent selection was disappointing but I found a few things that were of interest: 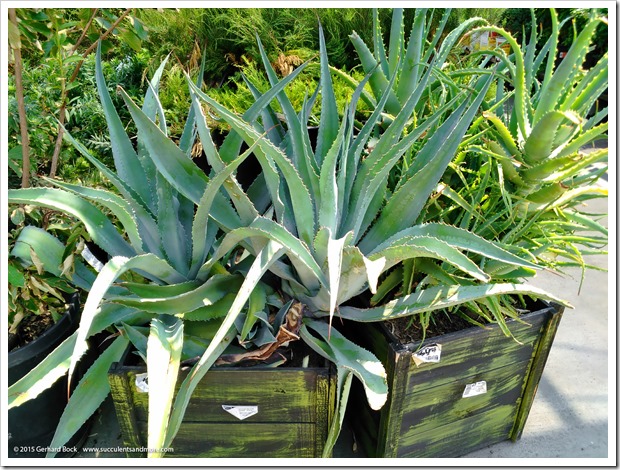 Large wooden containers with agaves (left) and aloes (right). Not sure about the agave species, but the aloe looks like Aloe arborescens. 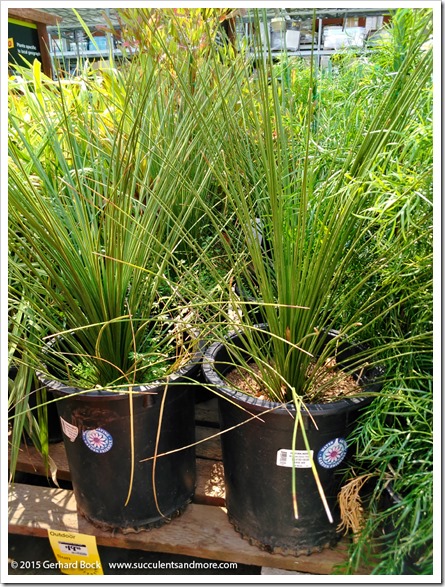 Mexican grass tree (Dasylirion longissimum), easily the most intriguing plant I saw that day. These were priced at $59.95 (#5 cans), which seems expensive. However, since Dasylirion longissimum is a very slow grower (the one I have took 7 years to get to this size from a 1-gallon plant), it’s not a bad price at all. I was tempted, but they’re no bigger than what I already have.