Did you know that you can buy plants on Facebook? While there aren’t any traditional online stores, there are many groups dedicated to buying, selling and trading. Succulents seem to be particularly popular.

I’m always excited when our mail lady delivers a box of plants—even more so when it’s two boxes. 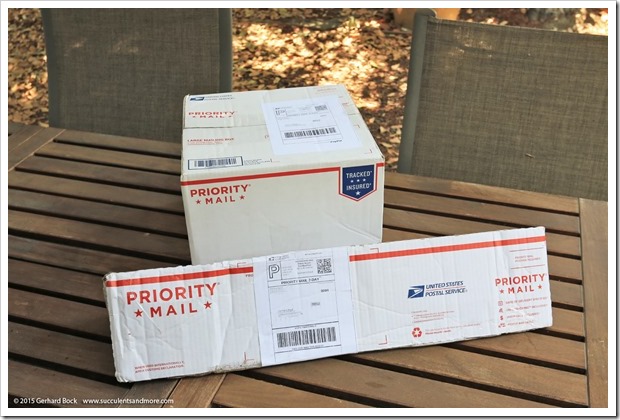 Both are from Tony Norris who sells succulents on Facebook under the name Texas Aloe Growers. I’d bought from Tony before and knew he sells quality plants so I had no hesitations to do it again.

The triangular box contained just one plant: a tilt-head aloe (Aloe speciosa). This single-stemmed aloe that can grow to 10 ft. or more is impossible to find in our area, and I was glad Tony had one left to sell. 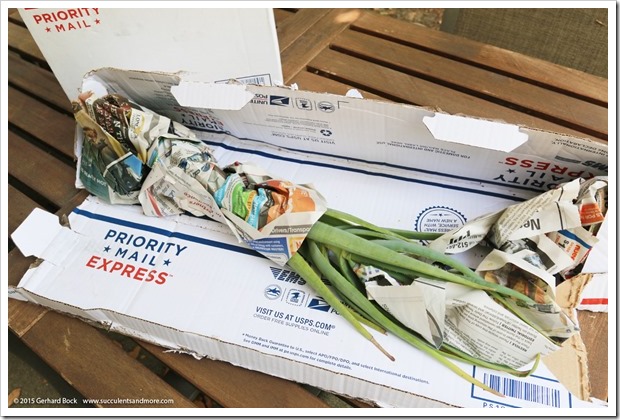 The 2nd box contained two more aloes: an Aloe ferox var. candelabrum and a hybrid, Aloe ferox × comptonii (sorry for the typo in the labels you see in the photos below). 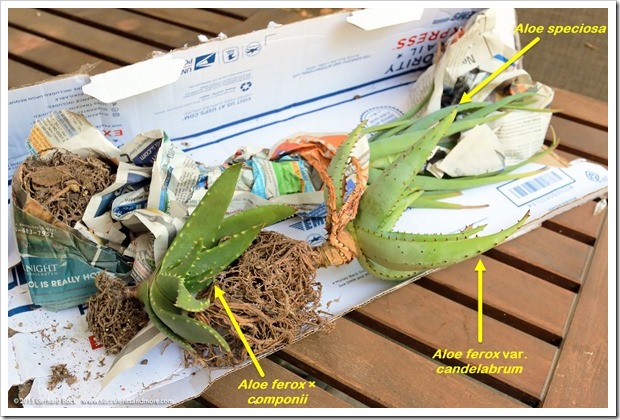 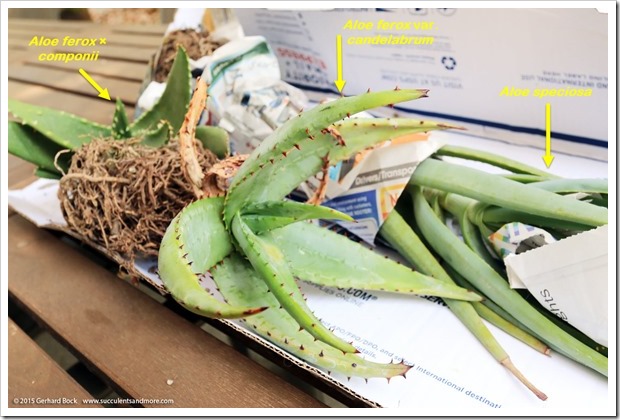 Tony had sent them bare-root, a standard practice to save weight and shipping costs. I immediately potted them up and watered them in. They will form new roots very quickly. 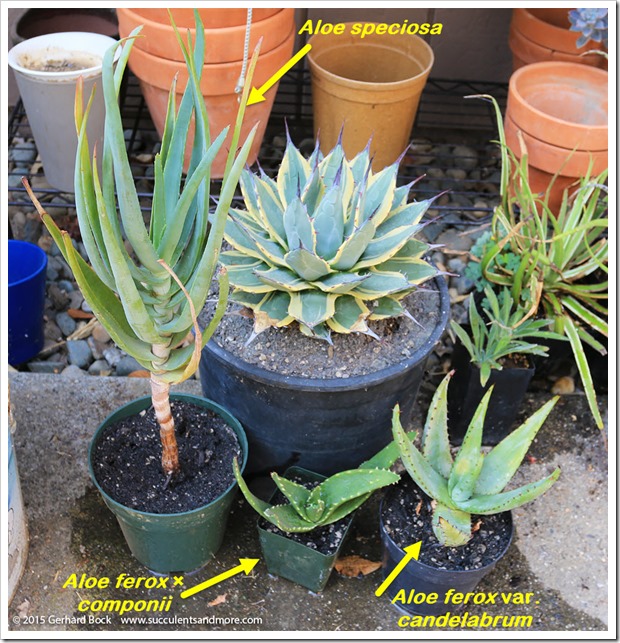 When plants are this small, it’s often difficult to get a mental picture of what they will be like down the line. Below are two photos of mature specimens of Aloe speciosa. It’s known as the tilt-head aloe because in older plants the rosette often tilts slightly downward instead of pointing straight up. The flowers are pretty spectacular, too. 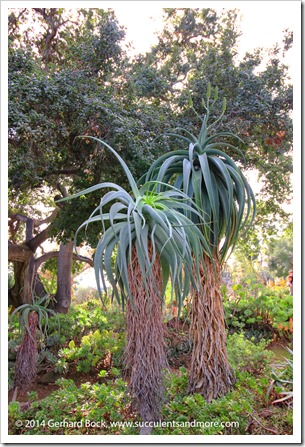 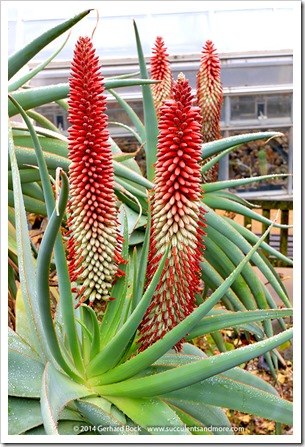 Aloe speciosa, left at the Huntington Desert Garden and right at the University of California Botanical Garden in Berkeley

The second one I bought is the candelabrum form of the bitter aloe, Aloe ferox. Its leaves point downward more than the species and the inflorescence has more branches. It’s supposed to be the most garden-worthy form of Aloe ferox. 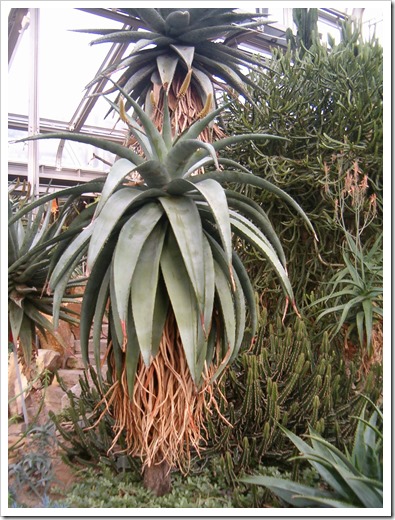 The third plant is a hybrid between between Aloe ferox and Aloe comptonii, a smaller species which develops a creeping stem. Its flowers are spectacular—see below and here. At this point it’s anybody’s guess what this hybrid will look like as an adult. But I love that kind of surprise, and I seek out hybrids for this very reason. 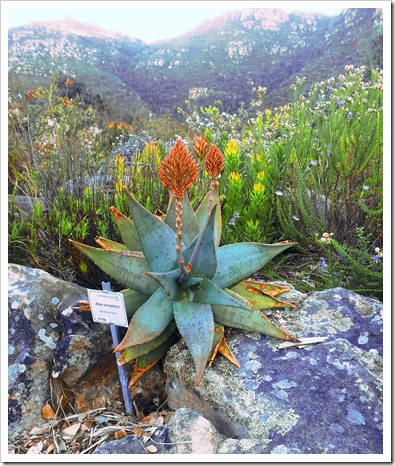 Tony Norris lists most of his sale plants on his own page, Texas Aloe Growers, and in a Facebook group called Succulent Marketplace: 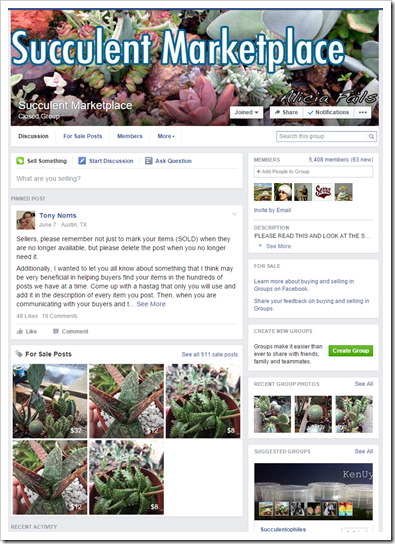 It’s a closed group, but you can become a member by clicking the Join button.

Transactions are usually done via private messages, and payments are handled via PayPal. Most sellers are folks like you and me who simply have too many plants; others are selling on a semi-professional basis. I’ve found prices to be very reasonable, especially for harder-to-find plants or oddities.

Also check out the many plant-related groups on Facebook. You’ll meet a lot of like-minded people who can answer virtually any question you might have.