Big box garden centers adapt to the drought in California

I have a conflicted relationship with the big box home improvement chains (Home Depot, Lowe’s, Orchard Supply Hardware, etc.). On the one hand, I appreciate the one-stop shopping and huge range of products they offer, on the other hand I lament how they have all but eliminated the small, independent hardware stores that used to be a fixture in every town across America.

I do shop at the Lowe’s and Home Depots in the Sacramento area when our local Ace Hardware store doesn’t have what I need. However, it’s often an uneasy experience because I can’t quite shake the feeling that I’m doing something I shouldn’t be doing.

It’s even worse when it comes to their garden centers. I know I shouldn’t even be looking, but of course I do. And occasionally I even buy something. There, I’ve said it.

The big box home improvement chains are rarely on the cutting edge of trends. They lag behind at first, then play catch-up. That has been true for their response to the drought here in California. Three years ago, the succulent selection at the Northern California big box garden centers was very limited; usually one rack of 2- and 3-inch plants from Altman. Over time, the inventory has expanded to include many more offerings in #1 cans and larger. After all, it’s very difficult to re-do a yard with 2 and 3 inch pots!

Not having been to Lowe’s in a while, I was quite surprised to see this large banner outside the garden center at their West Sacramento store: 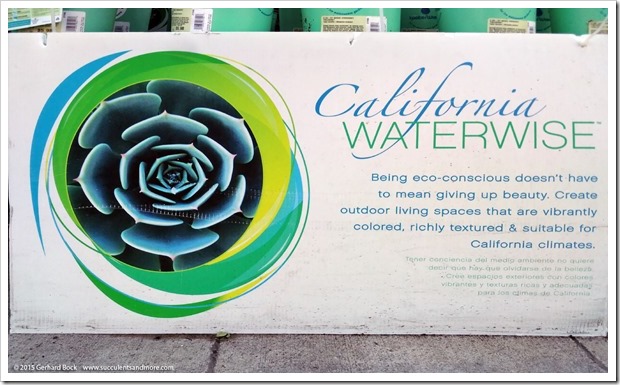 Right behind it was a varied display of succulents: 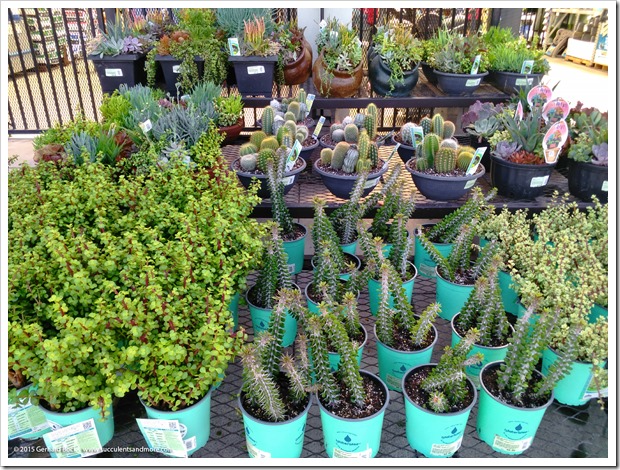 Even more succulents right inside the store: 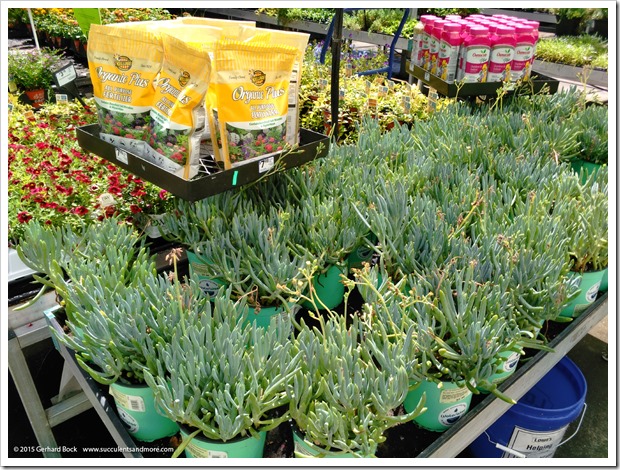 And then almost an entire aisle further down: 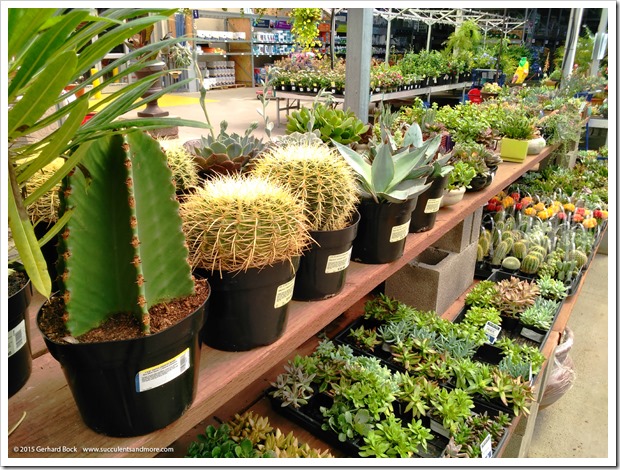 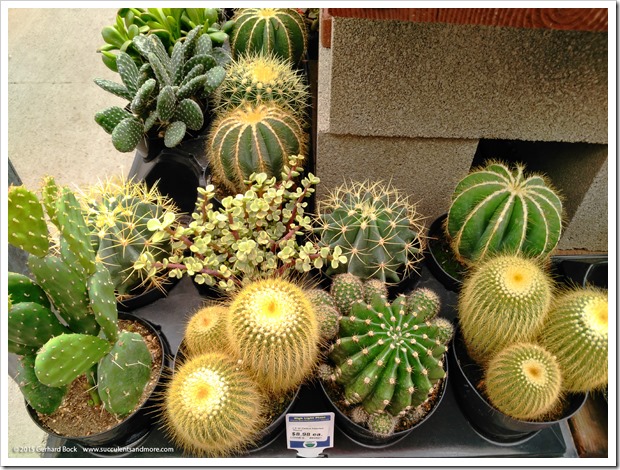 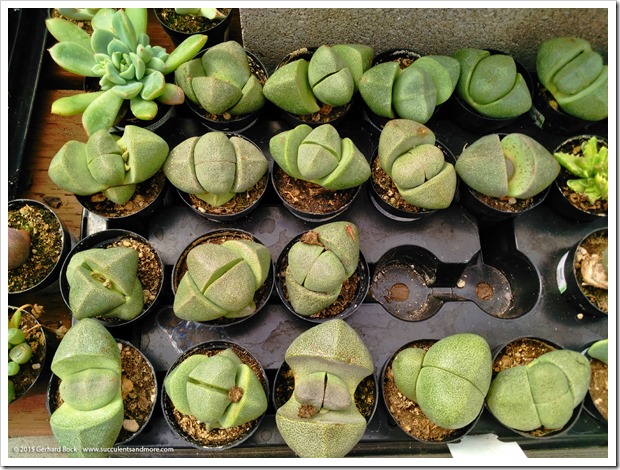 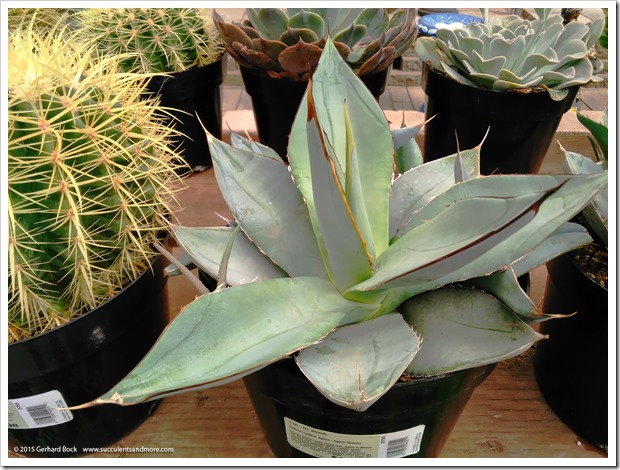 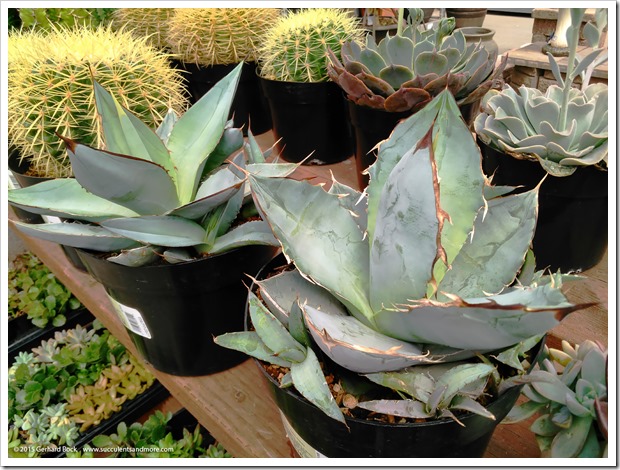 The one on the right is what’s often called Agave ‘Felipe Otero’ or ‘FO-76’. It may or may not be related to Agave titanota; the experts are still locked in battle over this. These are not agaves you typically see in a place like Lowe’s. 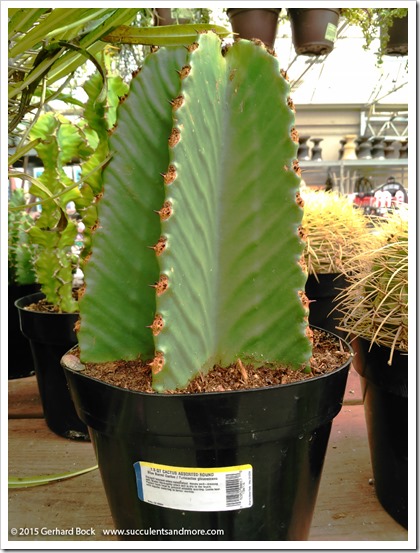 Labeled Ferocactus glaucescens, which it most definitely is NOT 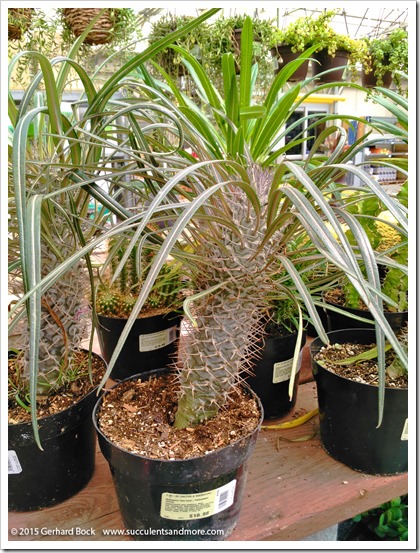 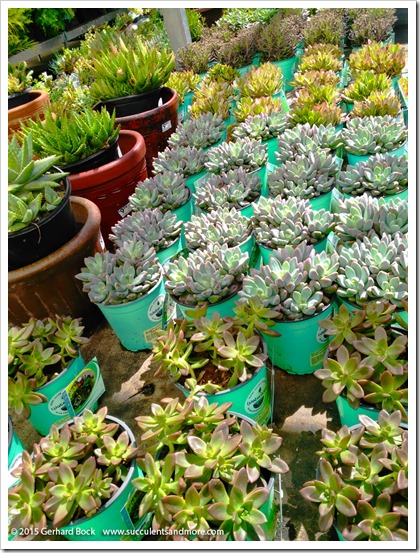 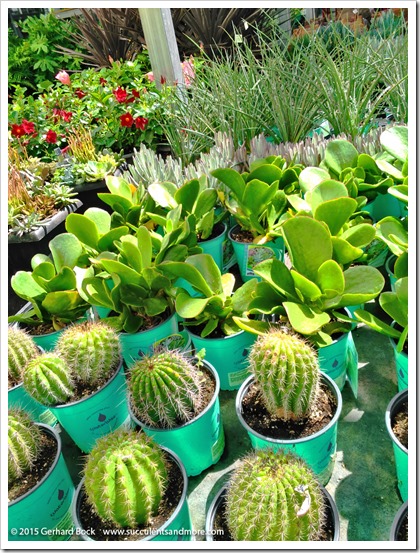 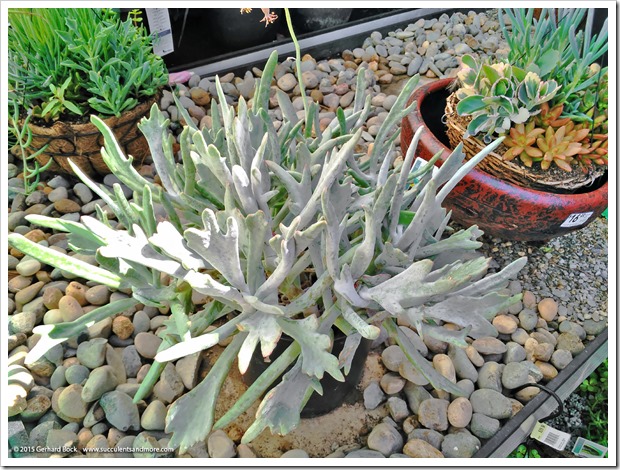 I did want to know what this is but all it had was the frustrating label “Assorted succulents”. ID’ed as Cotyledon orbiculata 'Elk Horns' by Jane Strong. 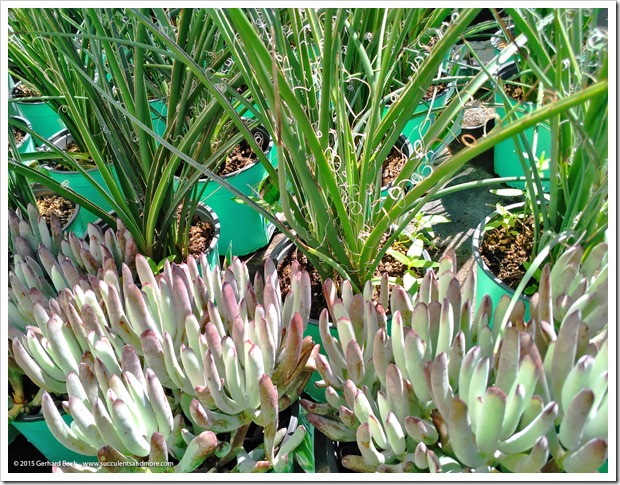 Cotyledon ‘White Sprite’ (with Hesperaloe parviflora in the background)

This is the largest selection of succulents I’ve ever seen at a big box garden center in Northern California. There wasn’t anything super rare, but what they had was well grown and (shocker!) well maintained. It seems that the people working in the garden center have had a crash course in how to take care of succulents. Or maybe the growers have altered their soil mix to make it more difficult to rot the plants by overwatering (the biggest problem in a place like Lowe’s).

I won’t deny it, I was impressed. Admittedly, my expectations for Lowe’s, Home Depot etc. are never high, but I need to give credit where credit is due. There are quite a few independent nurseries in our area that are still stuck in the olden days as far as plant selection goes (Succulents? What’s that? Oh, cactus! No, our customers wouldn’t buy that!). They could and should take a page out Lowe’s playbook.

So, what did I buy? Four plants: two Cotyledon ‘White Sprite’ (in the front of my shopping cart in the photo below), a false ocotillo (Alluaudia procera), and a Cuphea hybrid without a label (the other plants were labeled, but I grabbed one without). 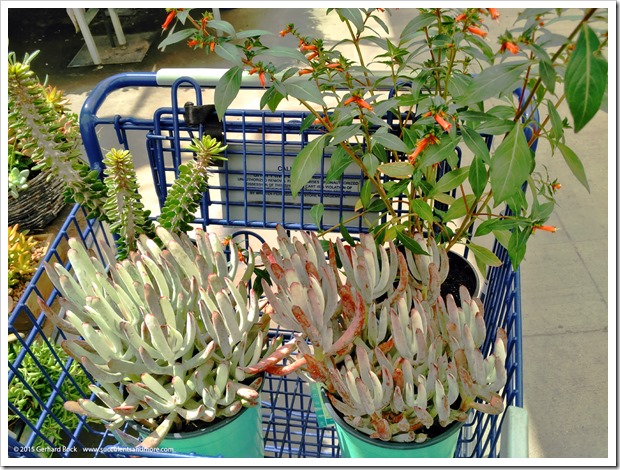 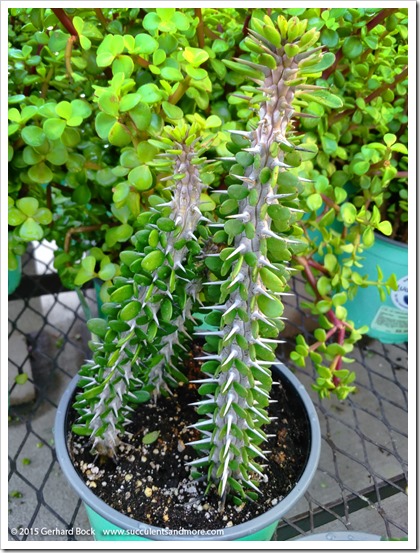 Alluaudia procera, a stem succulent from Madagascar that resembles the ocotillo (Fouquieria splendens) but is not related to it at all

My heart and wallet will forever belong to the small independent nurseries that specialize in the plants I love, be it succulents, southern hemisphere shrubs, bamboo or rare and unusual things. 90% of the plants in our garden came from those kinds of nurseries.

But regular homeowners or folks with just a passing interest in gardening don’t necessarily shop at specialist nurseries. With the expanded selection of xeric plants now available at the big box garden centers, they, too, have access to plants that are much better equipped to handle the ongoing drought in the Golden State.