My agave cactus is blooming for the first time

Friends who aren’t into spiky plants are eternally confused as to what the difference is between cacti and succulents. This is what I tell them: All cacti are succulents, but not all succulents are cacti. For example, agaves are succulents but not cacti.

So far so good.

But what about the agave cactus? Yes, there is such a thing. It looks a lot like an agave, but it’s a real cactus. Mine is blooming for the first time, and the flowers are a dead giveaway. 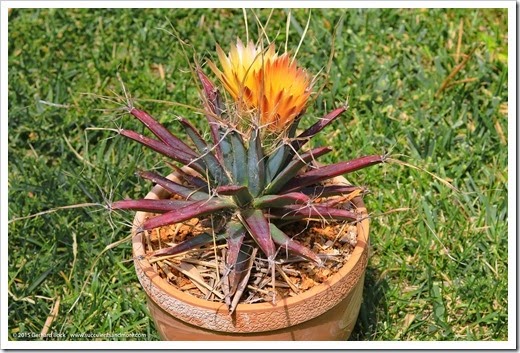 The botanical name of the agave cactus is Leuchtenbergia principis. It’s the only species in the genus Leuchtenbergia, which underscores what a special plant it is. It’s related to the genus Ferocactus, home to many iconic barrel cacti. Supposedly it can hybridize with them, although I’ve never seen such an intergeneric cross. 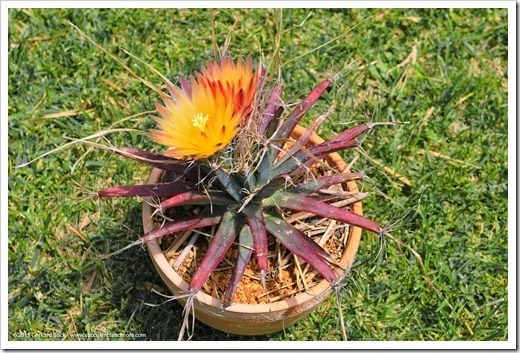 Leuchtenbergia principis is native to north-central Mexico, but it grows very well in our climate. Desert Tropicals puts its frost tolerance at 20°F (zone 9). 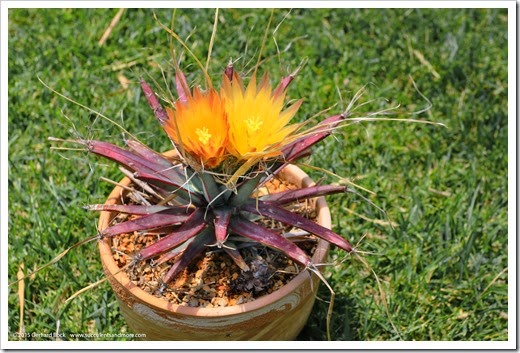 What makes it resemble an agave are the elongated triangular tubercles. Normally, tubercles are wart-like bumps or projections on a cactus from which the spines emerge (check out this mammillaria). On Leuchtenbergia principis the tubercles are so long that they do look like leaves on an agave. 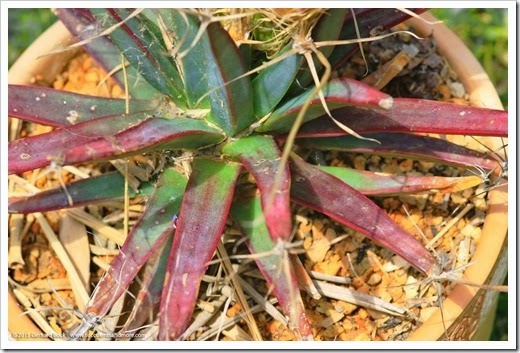 The spines at the tip of each tubercle “leaf” are long and papery—actually a bit like straw. They’re completely harmless; they couldn’t prick you if their life depended on it. 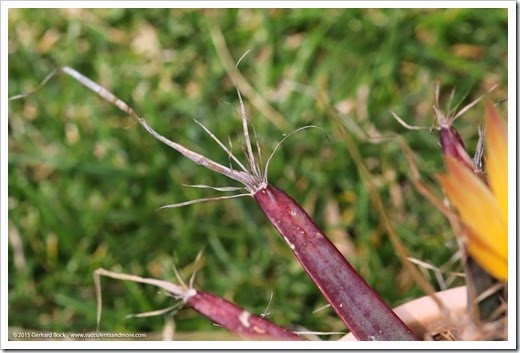 In virtually all photos I found online the flowers of Leuchtenbergia principis are yellow, or whitish-yellow. On my specimen, however, they have a distinctive orange tinge. (I underexposed the photos below to bring out more detail. As a result, the petals appear a bit more orange than they actually are.) 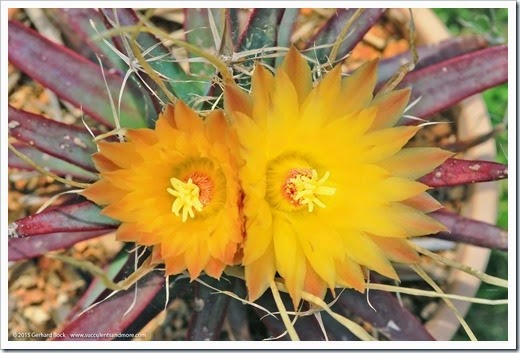 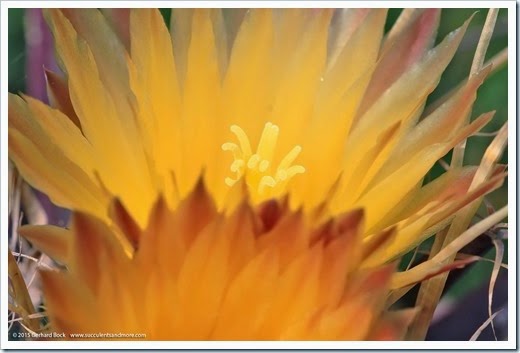 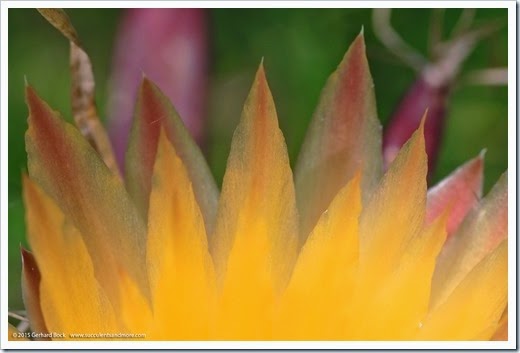 I don’t really know how old my Leuchtenbergia principis is, but I’ve had it for at least six years, possibly longer. It’s known to be very slow growing. Mine lives in a pot on top of the front yard fence where it gets full sun all day. This explains the purple coloration of the tubercles; in more shade, they would be green.

Here is a much older specimen of Leuchtenbergia principis from this year’s Sacramento Cactus & Succulent Society Show (exhibitor: Keith Taylor): 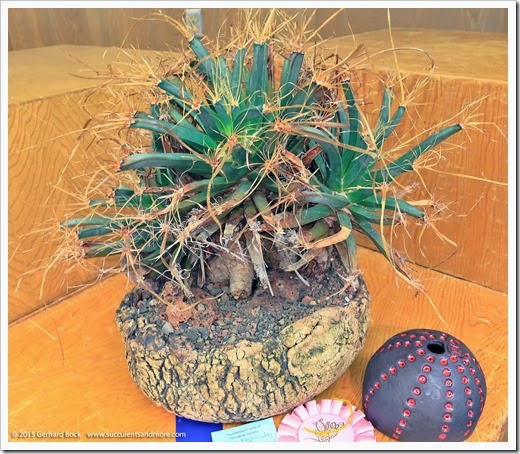 This specimen is estimated to be 20-25 years old.