I receive more comments and questions about our palo verde trees than any other plant in our garden. I don’t know if it’s because homeowners are rethinking their landscaping in the wake of the ongoing drought in the western U.S. and are looking for trees that don’t need much water, or because they simply like the looks of these stunning desert trees. For us, the decision to plant palo verdes was a combination of both, as well as wonderful memories of previous trips to Arizona (the palo verde is the state tree of Arizona).

In this post I chronicled the challenges of sourcing palo verdes in the Sacramento area, especially the very desirable ‘Desert Museum’ hybrid. I finally found what I was looking for at Village Nurseries, a large wholesale nursery. I brought home two 15-gallon trees on September 29, 2013 and planted them a week later.

Fast forward a year and a half. The two ‘Desert Museum’ palo verdes are doing very well. More than that. The one you see below, planted in the strip between our neighbor’s and our house, has exploded. It’s in full bloom now, stopping me in my tracks every time I walk out into the driveway. It’s simply magnificent. 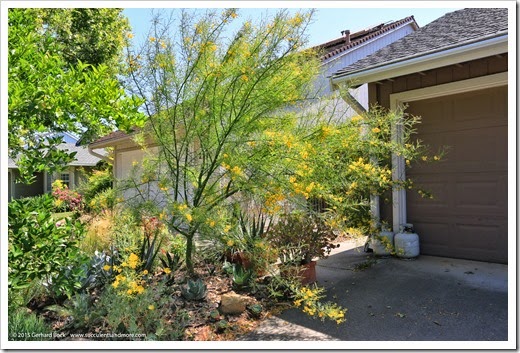 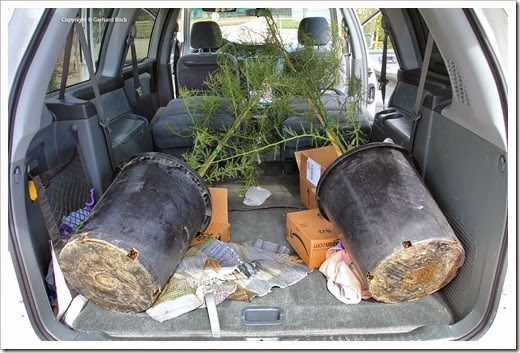 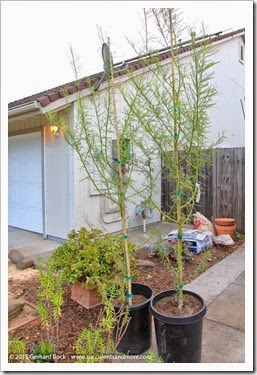 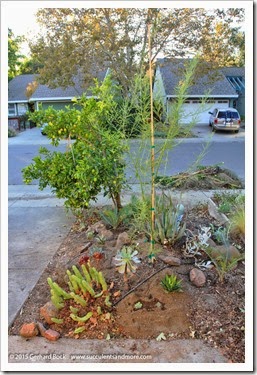 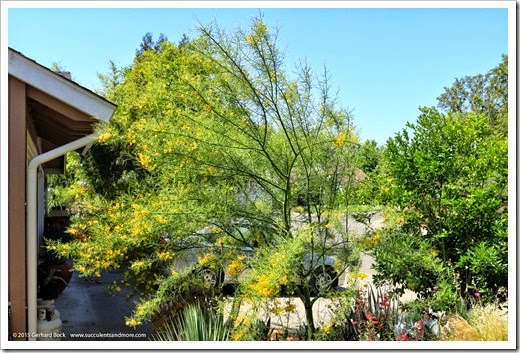 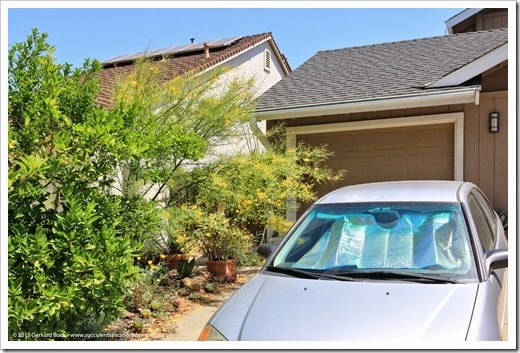 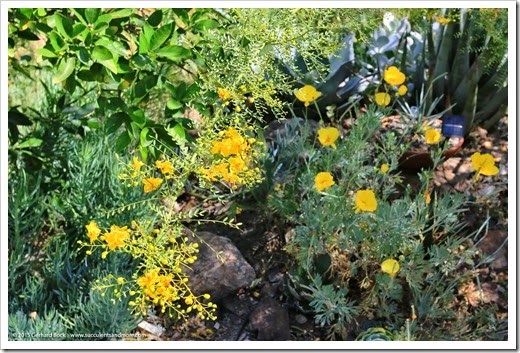 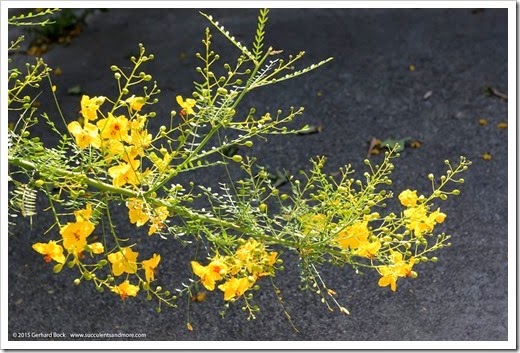 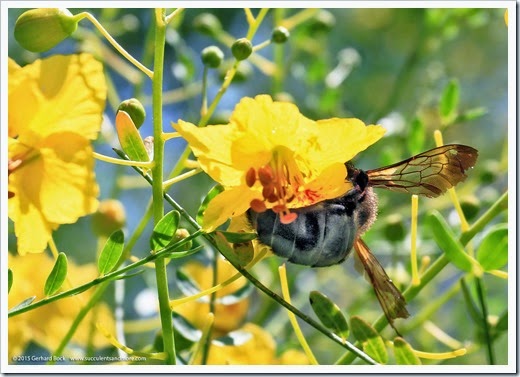 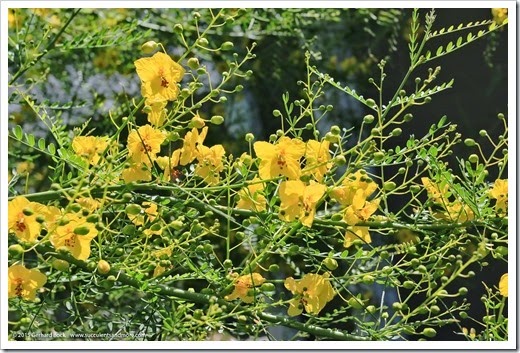 Detractors claim that palo verdes are messy trees. I’m always surprised when I hear that. How can that be? The leaves tiny and virtually disappear as soon as they drop. The flowers do create a bit of litter, but I find they easily blow away in the wind. Here are two photos showing the “mess” from the tree above. Granted, it’s not mature yet, but I don’t expect this will ever be a problem. I could name a hundred trees that are far messier! 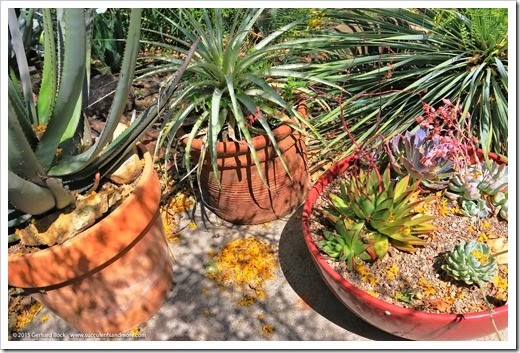 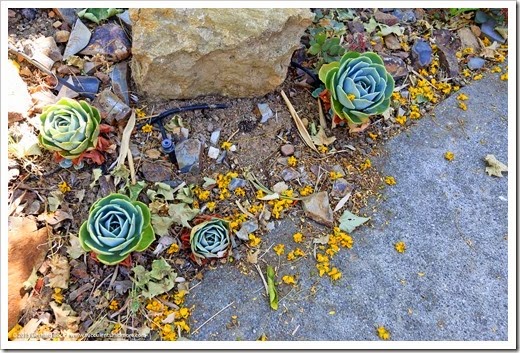 Here is the second ‘Desert Museum’ palo verde. It’s planted in the strip outside the front yard fence. In contrast to the first tree above, which was planted on a mound in new soil, this tree was planted in existing, fairly compacted soil. The difference in growth is quite noticeable. This second tree, while growing and blooming, hasn’t thrived as much as the first. Not that I mind; as far as I’m concerned it can take its time. In fact, it’s better for palo verdes to establish a solid root structure instead of shooting to the sky with little to anchor them. 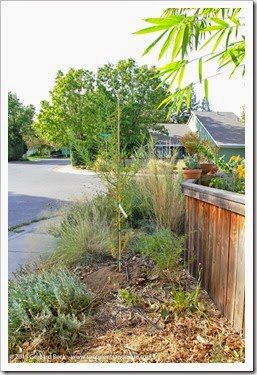 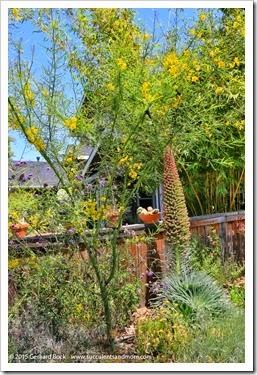 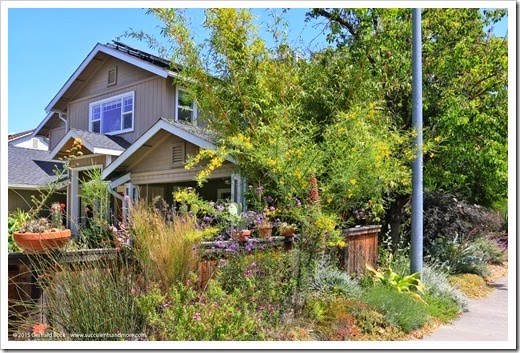 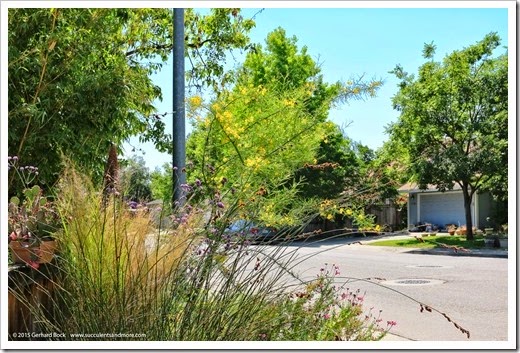 The third palo verde followed six months after the first two. It’s a different hybrid, ‘Sonoran Emerald’, with slightly different coloration (a tinge of blue) and, if anything, even more vigor.

This is what it looked like when I brought it home in our minivan (it was in a #15 can): 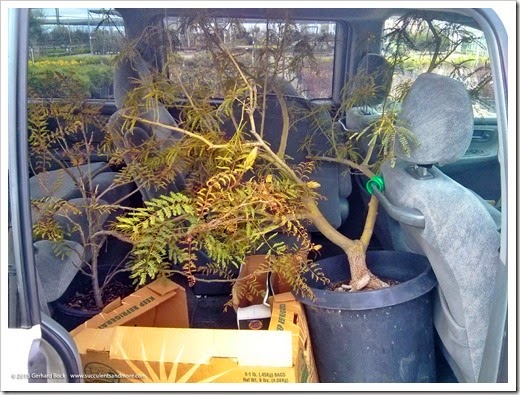 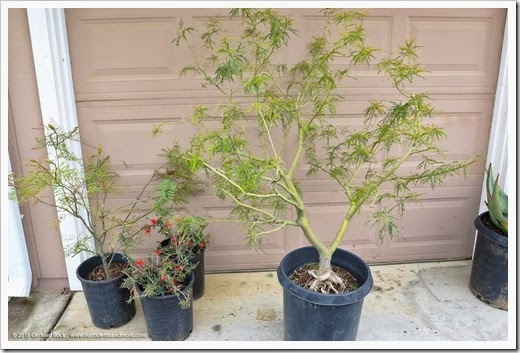 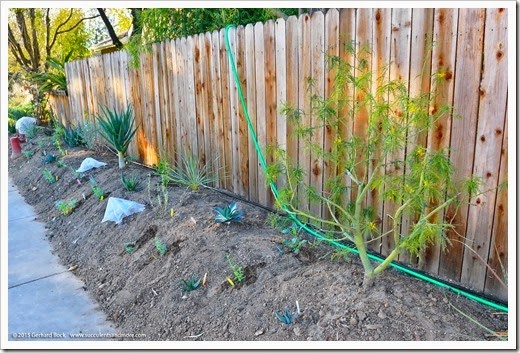 And here it is, just 14 months later. The difference is jaw-dropping. Remember, though, that it was planted on top of a 2 ft. mound of new soil, which offered little resistance for its roots. In addition, about of foot of the material below grade was chipped wood from the pittosporum hedge we had removed (the stumps and roots were ground up in place). Clearly, all of these factors combined to create a very fertile growing environment. 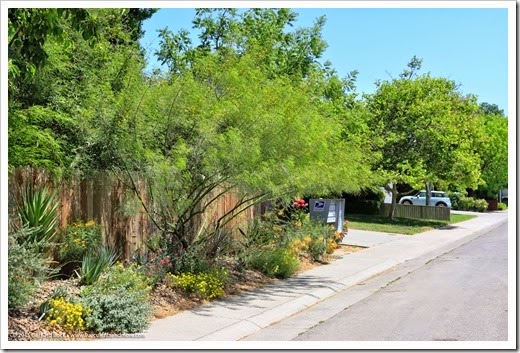 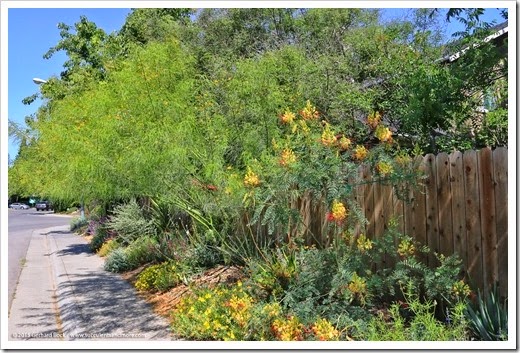 None of our palo verdes are watered directly but the beds in which they’re planted are on once-a-week drip irrigation. Drip irrigation is not ideal for desert trees because it doesn’t encourage their roots to grow deep like an occasional soak would, but it’s the best I can offer on a small 8,000 sq.ft. lot.