Time for an update on the Agave desmettiana ‘Variegata’ next to the front door. I first noticed at the beginning of September 2014 that it was getting ready to flower. By mid-October the flower stalk was already 8 ft. tall. In February 2015 the first flowers opened up. Now, in May 2015, most flowers are gone and the plant’s decline is accelerating. (This agave, like most, is monocarpic, meaning it dies after flowering.) 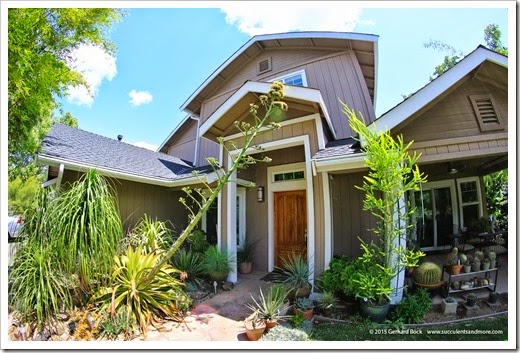 Eventually the dead carcass will have to be removed. My plan is to leave it until fall and tackle this task when the weather starts to cool down. 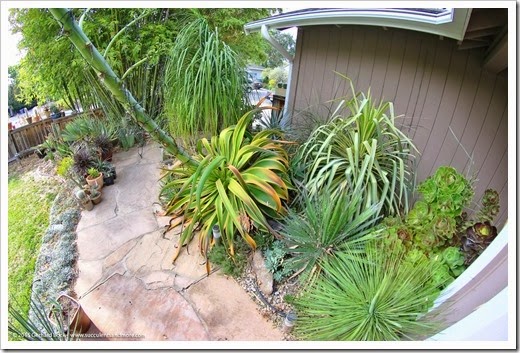 I may use this opportunity to redo the entire bed. While I love the Yucca ‘Margaritaville’ behind the agave, it’s large enough to flower—and when it flowers, it splits, which to me ruins the look. My tentative plans are to replace the Agave desmettiana ‘Variegata’ with the Agave vilmoriniana ‘Stained Glass’ I bought earlier this year at the Ruth Bancroft Garden. I would plant it further back, close to where the yucca is now. But I have all summer to mull this over. 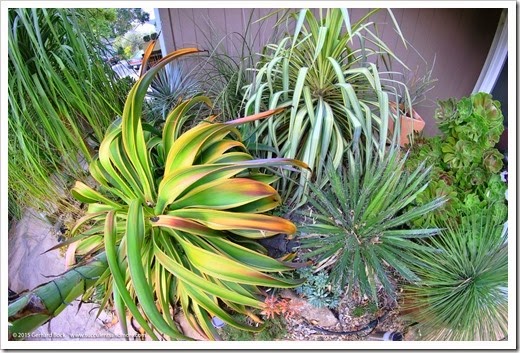 Like some agaves, Agave desmettiana ‘Variegata’ produces bulbils instead of seeds. These are tiny plantlets growing right on the flower stalk. In nature, they eventually fall off and root. In cultivation, you can pluck them and root them yourself.

Never having had an agave that produces bulbils, I’m wondering if these are the first ones to emerge? 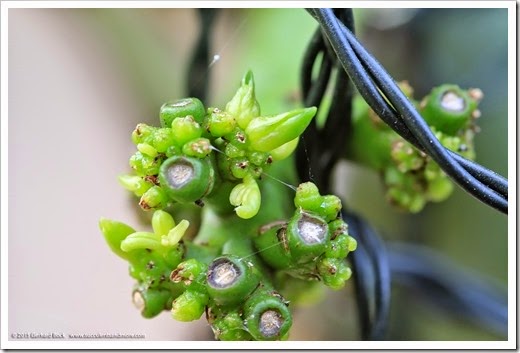 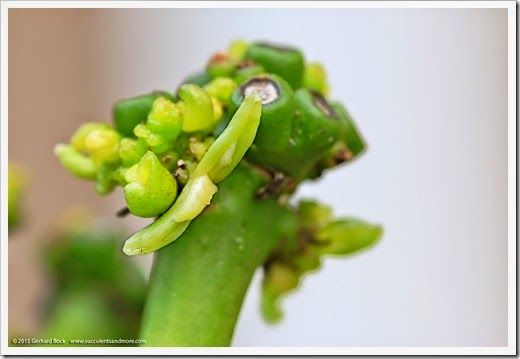 Agaves are flashy plants that don’t go out with a whimper. Instead, they put on quite a show. The flower stalk, usually quite massive, is just one part of it. Another are the striking color changes happening in the leaves. As the chlorophyll breaks down, other colors become visible—oranges, reds and browns. Take a look at the photos below, and you’ll see what I mean. 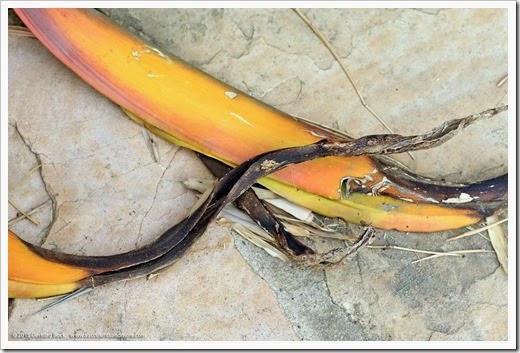 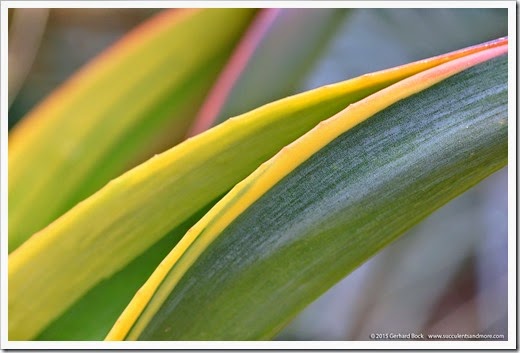 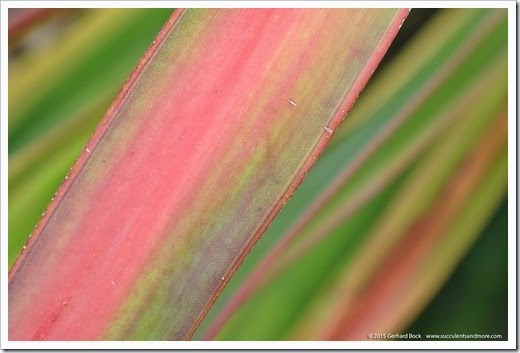 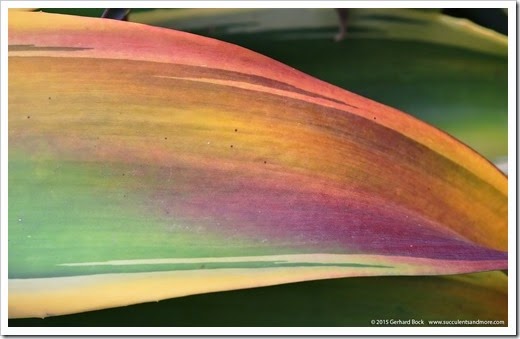 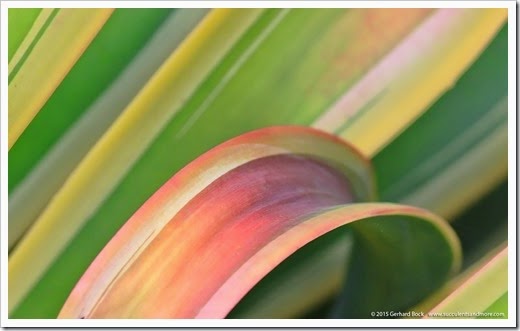 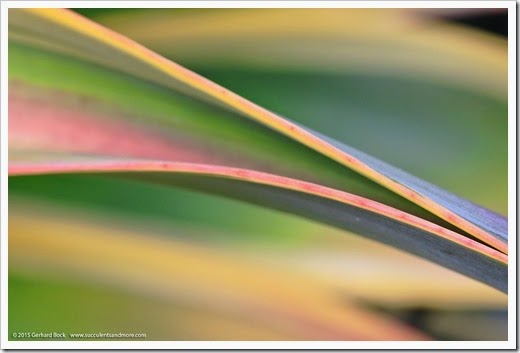 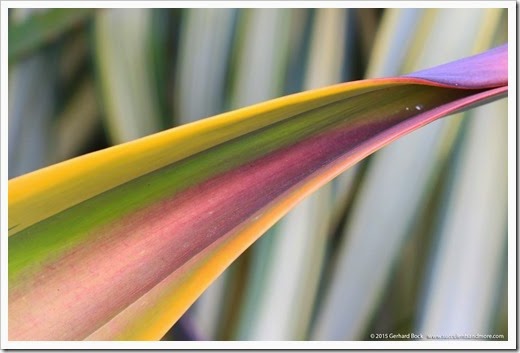