One of the wealthiest beachside communities in California, La Jolla is so precious, it has the perfect name: La Jolla (pronounced “hoya”) means “jewel” in Spanish. It is home to several world-renowned organizations such as the Salk Institute, the University of California San Diego, the Scripps Institution of Oceanography, and the Scripps Research Institute and probably has more Nobel Prize Winners per capita than any other town its size (42,000). I can’t think of another place where world-class research, wealth, and scenic beauty come together the way they do here.

I found downtown La Jolla a bit sterile—one expensive boutique or restaurant next to the other—but the shoreline is drop-dead gorgeous. We spent an hour watching the seals and pelicans at La Jolla Children’s Pool. There are so many harbor seals—they don’t seem to be bothered by the presence of humans—that there are concerns about the water quality for swimmers!

Beach at Point Mencinger, on the other side of the rock from Children’s Pool 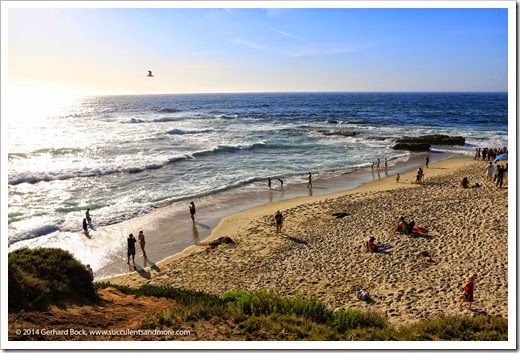 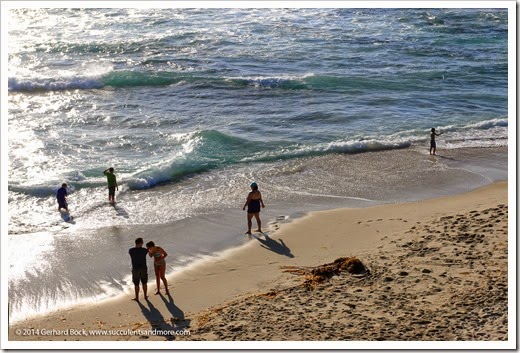 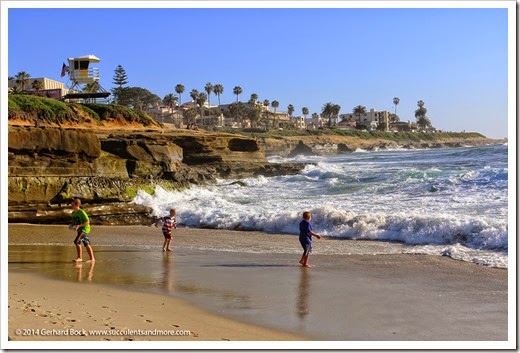 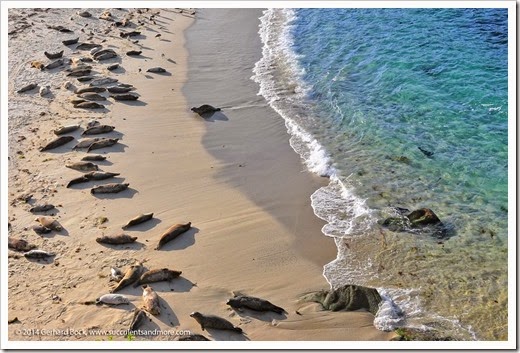 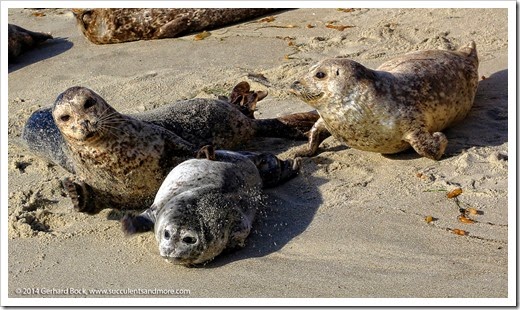 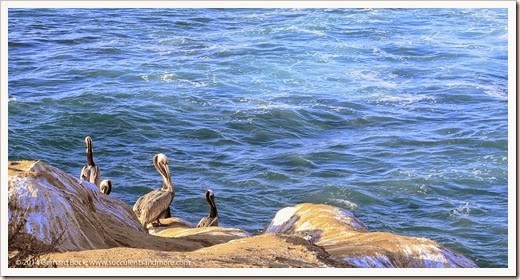 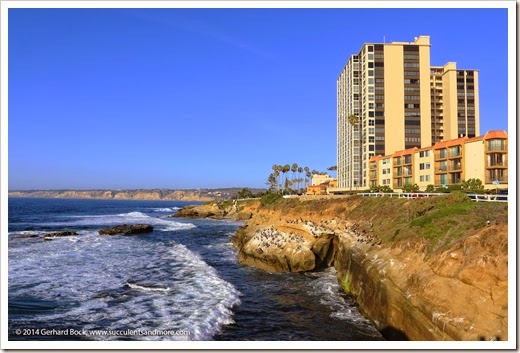 Lots of pelicans on the rocks

I didn’t have much time to photograph the houses along the beachfront, but here are some snaps. Virtually all of them featured succulents to one degree or another. I’ll have separate posts about two properties that stood out because of their succulent-heavy landscaping; one was a small condo building and the other a retirement home. 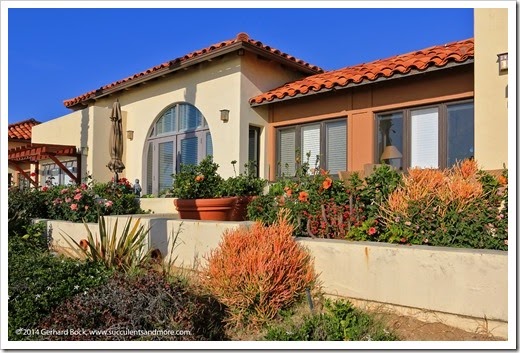 Euphorbia tirucalli ‘Sticks on Fire’ is everywhere in San Diego. I wish I could grow it but it’s very frost sensitive. 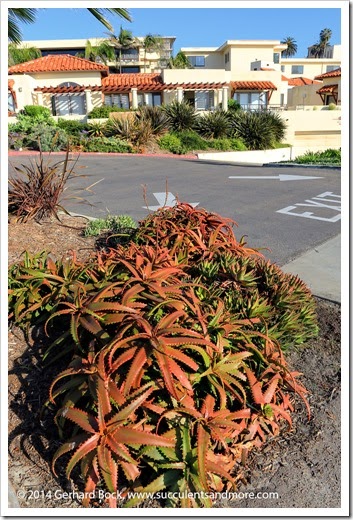 A dense clump of what looks like Aloe cameronii 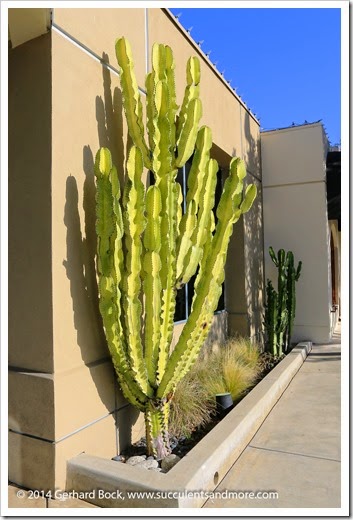 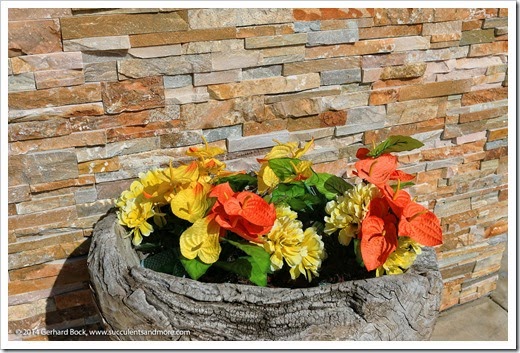 Dear store owner, what were you thinking? 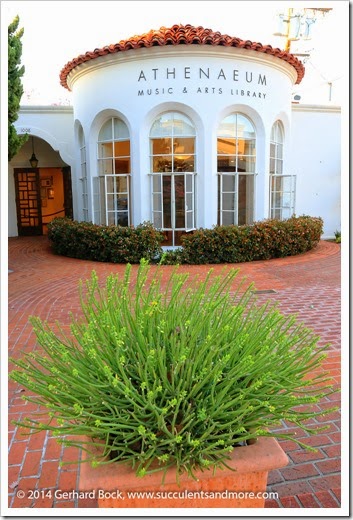 The plant sighting that got me most excited in La Jolla was this Pedilanthus bracteatus (technically part of the genus Euphorbia now, so Euphorbia bracteata). Large terracotta urns planted with Pedilanthus bracteatus, Echeveria and Russelia equisetiformis were lined up against opposing walls of a staircase leading to the basement of a small shopping complex on Girard Street. 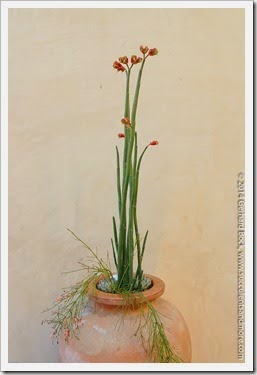 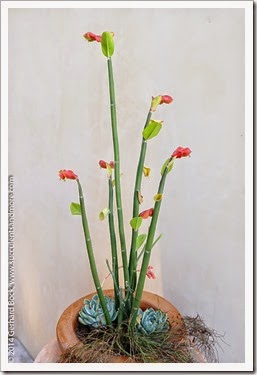 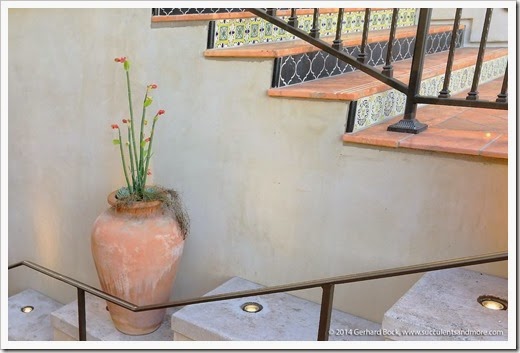 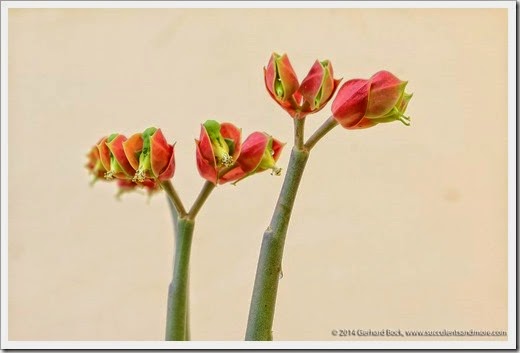 Thanks to Luisa of Crow and Raven I have my own Pedilanthus bracteatus now but it’s currently re-rooting and hasn’t produced any inflorescences yet.