Plant of the week: Sansevieria suffruticosa

NOTE: In my original post from November 2013 I had been under the impression that my plant was Sansevieria cylindrica because it was so labeled. It wasn’t until March 2015 that I realized that it’s actually Sansevieria suffruticosa. I’ve changed all references in the post below.

When I first became interested in succulents, one of the biggest surprises was finding out that sansevierias were considered succulents. To me they had been houseplants and hence of little interest. (As much as I love plants, I’m not a house plant guy.) 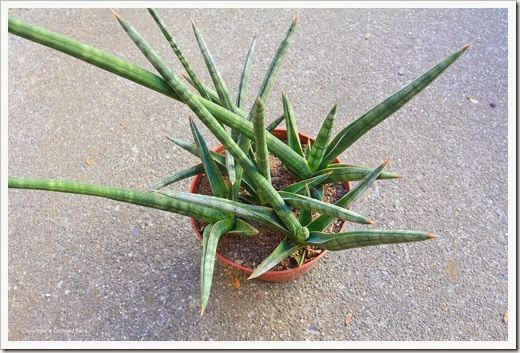 Even though this newfound knowledge raised the profile of sansevierias in my mind, I still didn’t pay all that much attention to them. I should have because even Sansevieria trifasciata, the ubiquitous mother-in-law’s tongue, is an amazing plant. According to a NASA study, it’s one of the best air-filtering plants because it absorbs toxins like nitrogen oxides and formaldehyde from the air. 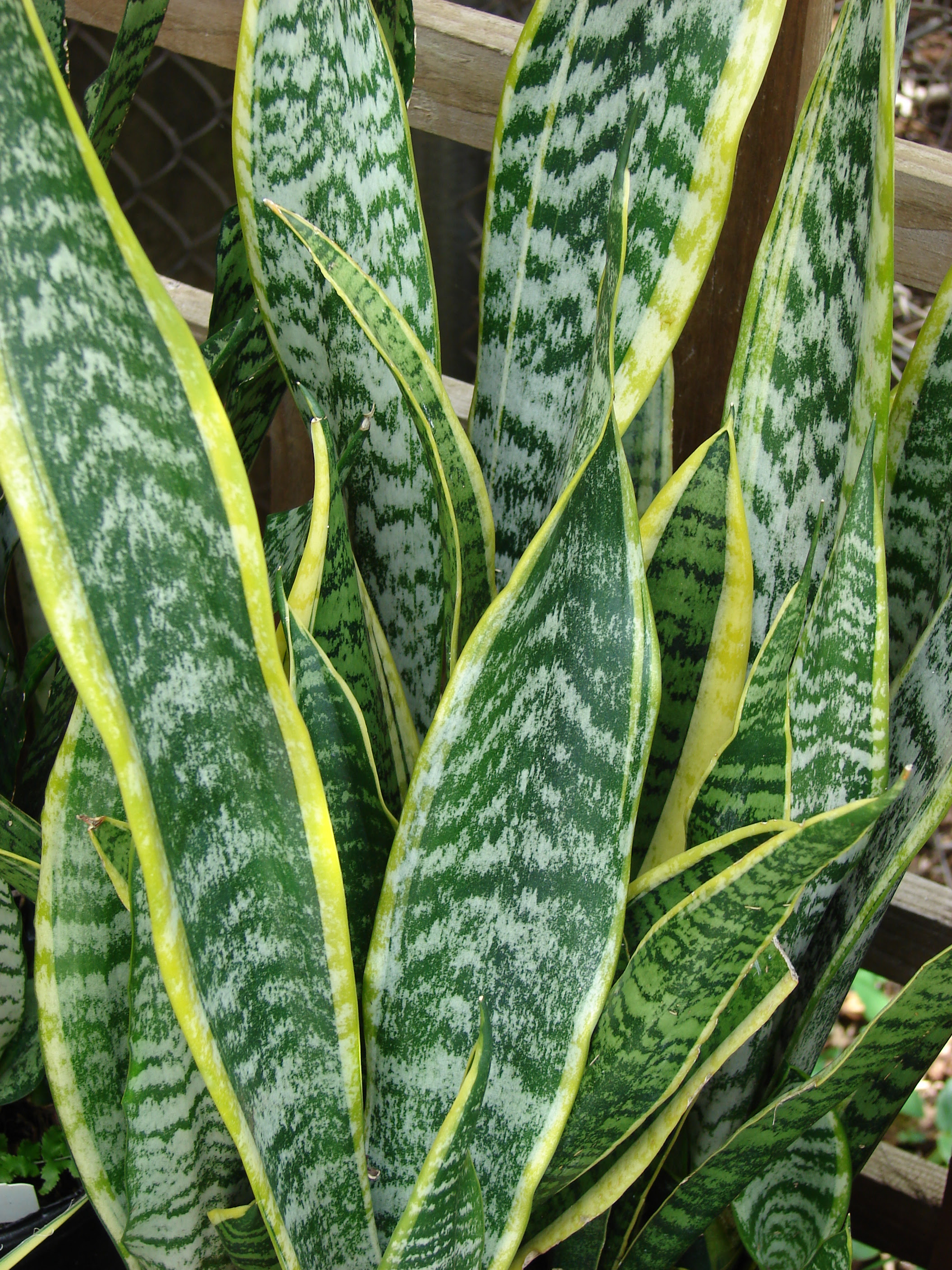 Sansevierias are tough plants, surviving on little water and tolerating a high degree of neglect. In addition, their architectural looks have made them the darlings of contemporary interior designers. Look at any upscale design catalog or web site and you’re bound to find a sansevieria or ten, typically in a sleek and minimalistic container.

My recent interest in sansevierias started in September when by chance, dumb luck, or whatever you want to call it, I won a relatively rare species at the monthly meeting of the Sacramento Cactus & Succulent Society, Sansevieria schweinfurthii. Most people probably think this is a deadly dull plant, just a few green tubes sticking out of the ground, but I found it quite exciting. (Yes, I like weird plants.) 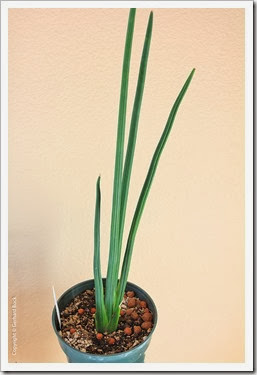 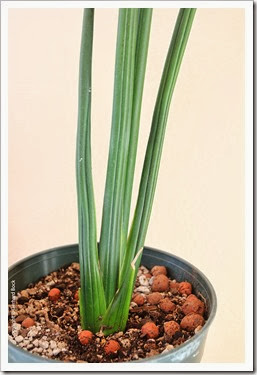 A few weeks later, at the 2013 Succulent Extravaganza, I came across another sansevieria that caught my fancy, Sansevieria suffruticosa (mistakenly labeled as Sansevieria cylindrica). The pot I bought contained five plants, which looked easy enough to separate—quite a bargain considering that typically you only get one plant at that price ($10). 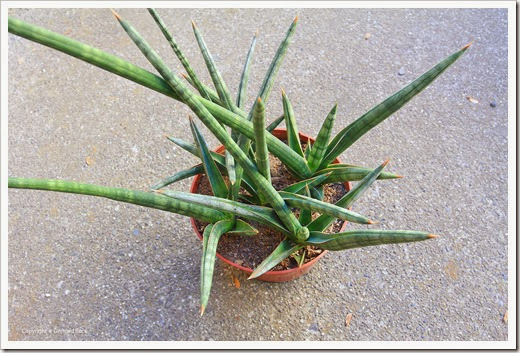 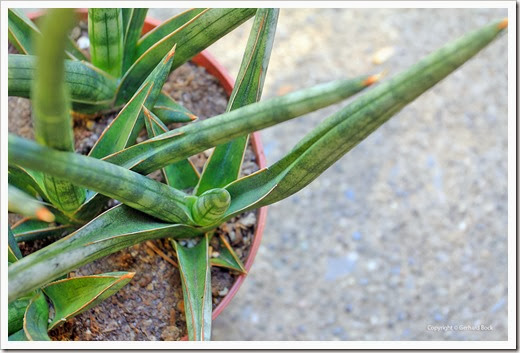 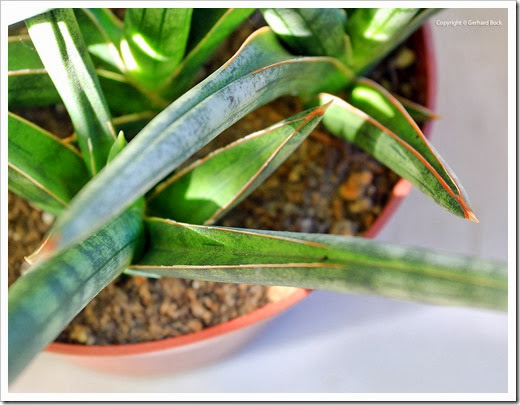 I finally got around to splitting up the plants. I kept three for myself, which I repotted in a MANDEL container from IKEA, and the other two are set aside for friends. 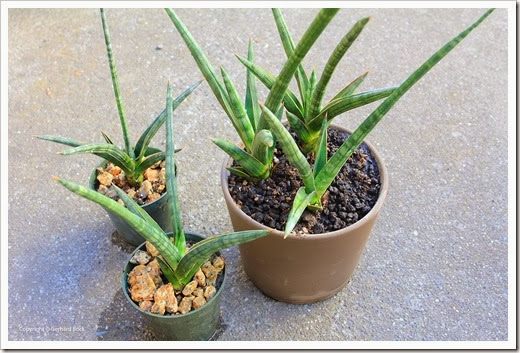 Sansevierias maybe tough-as-nails houseplants, but they are wimpy outdoor plants. Pretty much anything south of freezing will do them in. With winter nipping at our heels, that means I now have two new houseplants to take care of. But I’m not really keeping track; I’ve started to bring quite a few plants inside already. More on that in a separate post.

NOTE: The info below is for a related species, Sansevieria cylindrica:

A Google search revealed that Sansevieria cylindrica is quite a hot commodity. Here are some photos I found: 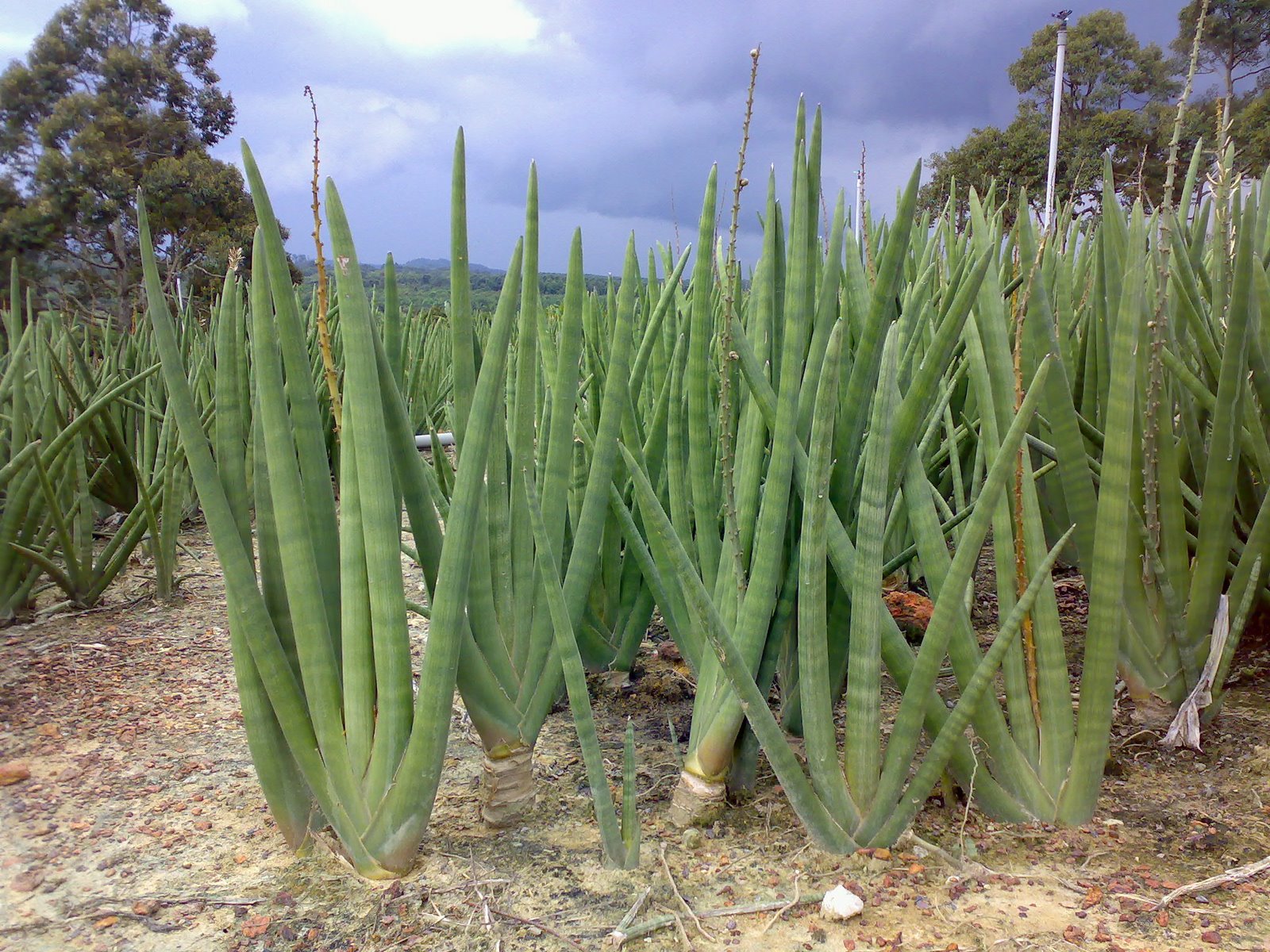 Dozens, if not hundreds, of plants ready for export. Source: zzdelong.en.alibaba.com Apparently Sansevieria cylindrica is also sold braided. Not sure what to think of this. Source: ecplaza.net

Another braided specimen; this one actually looks quite beautiful, at least up close.
Source: The Photo Argus (© Copyright 2013 Warren Krupsaw)

Even though I consider myself to be a fairly knowledgeable plant geek, there’s still a world of plants out there waiting to be discovered. I love it!

MARCH 3, 2015 UPDATE: Click here to see what my Sansevieria suffruticosa, Sansevieria schweinfurthii and a real Sansevieria cylindrica that has joined the collection look like now.

Plant of the Week sansevieria succulents