Last year I wrote a post about two very similar agaves in my collection: ‘Little Shark’ and ‘Royal Spine’. Both are hybrids between Agave macroacantha and Agave victorae-reginae and some people say there are one and the same. Looking at my specimens, I’m inclined to disagree; the leaf color is slightly different, and on ‘Royal Spine’ the terminal spines are black while on ‘Little Shark’ they’re a very dark brown. 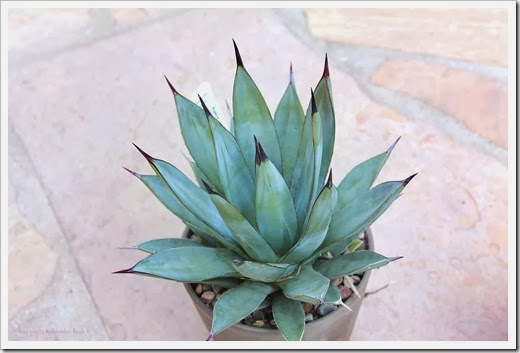 But the differences and similarities between these two isn’t the point of this post. Yesterday, in an effort to make the path to the front door safe for trick-or-treaters, I moved all of my spiny plants that are lined up on either side of the flagstone walkway. When I tried to lift the pot with ‘Little Shark’ in it, I couldn’t. It was stuck. I was baffled for a second, then I realized what had happened. The pot had been pushed off the walkway and onto the succulent bed just enough for an inquisitive root to make an escape and lodge itself in the ground. The rocks on top of the soil didn’t present much of an barrier.

I had no choice but to yank a bit harder and then the pot was free. This is what’s left behind in the soil… 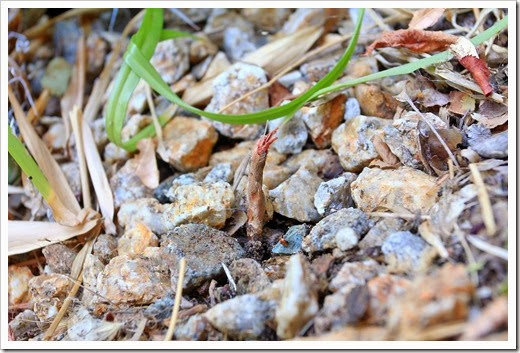 …and sticking out of the pot. 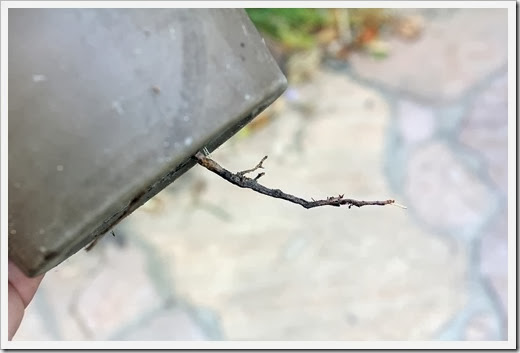 Now that I know that ‘Little Shark’ wasn’t entirely confined to its (small) pot, I understand why it has grown more than ‘Royal Spine’. Granted, it was always the larger plant, but this year the size difference between the two has gotten bigger. No wonder, considering ‘Little Shark’ had free root run, at least partially, while ‘Royal Spine’ had to make do with its crammed quarters. 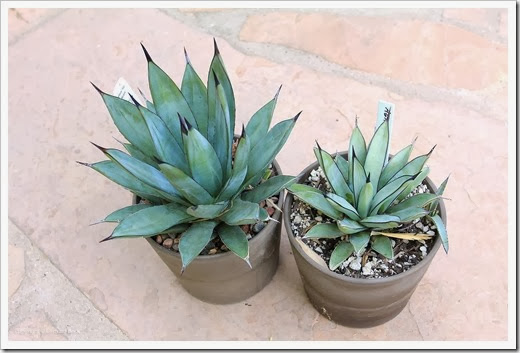 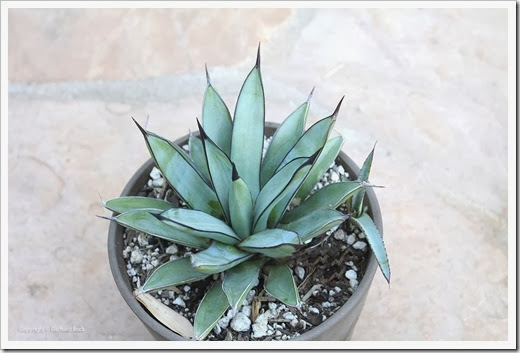 Normally I would transfer ‘Little Shark’ to a larger pot, but with winter just around the corner, I’ll wait until spring. I don’t think agaves do much growing in the winter, at least not in our climate.

Moral of the story: If you don’t want your potted plants to root into the ground through the drain holes make sure you place them on an impenetrable surface. It doesn’t hurt to double-check periodically because sometimes pots don’t stay where you put them.