Thirteen months ago I planted aeoniums (and a few other succulents) in a neglected bed in the side yard along the north side of the house. This is what it looked like right after planting: 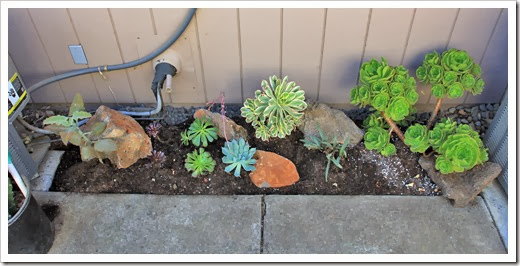 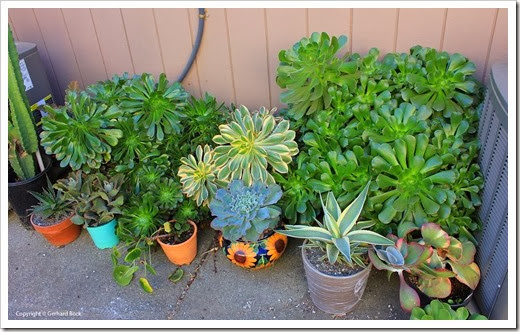 It’s downright shocking much these plants have grown. This area only receives a bit of morning sun and is in the shade the rest of the day. However, our neighbor’s house, painted a cream color, acts as a giant reflector, bathing the side yard in bright indirect light all day long. I’m convinced this has been a major reason why these aeoniums have thrived.

As you can see, this isn’t the prettiest part of the yard. There are two air conditioners, a 55-gallon rain barrel (not visible in these photos) and in general a bunch of gardening stuff that has to go somewhere. But with their densely packed rosettes and beautiful lush leaves, these aeoniums have created a real focal point—a destination, one might say, that I love to stop at as I take out the garbage or pick tomatoes from the veggie beds (which are opposite the aeonium bed). 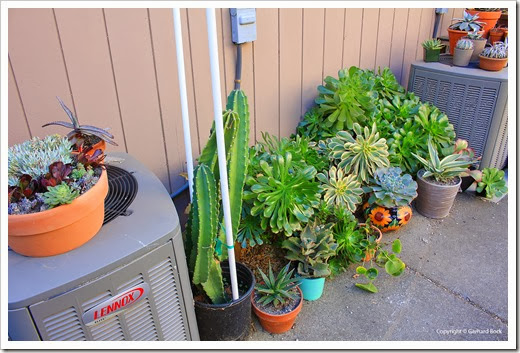 Some of the rosettes are enormous. The one in the next photo is 14” across. 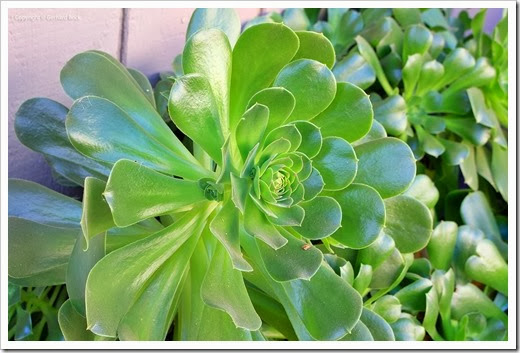 I’ve always thought the large clump on the right in the first three photos at the top of this post was Aeonium arboreum, but based on size, I now think it’s Aeonium undulatum. 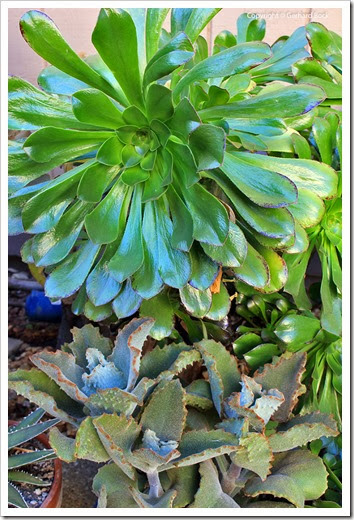 ‘Sunburst’ is probably my favorite aeonium. The variegation varies greatly; at Succulent Gardens I’ve seen rosettes that were almost all white, with very little green. 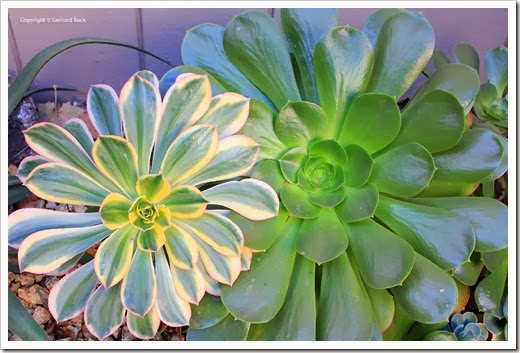 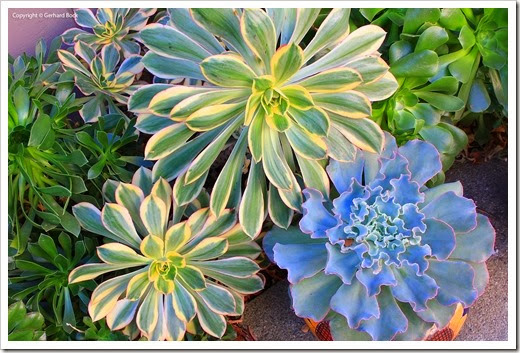 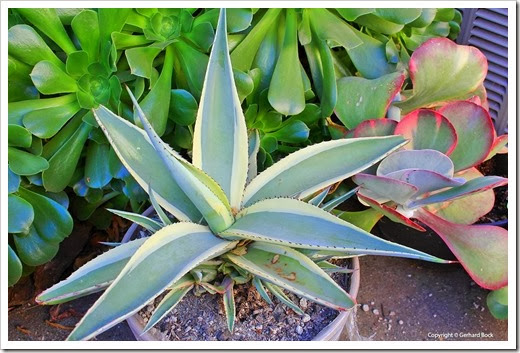 The left side of the aeonium bed has seen progress, too, although not quite as dramatic. Here is before: 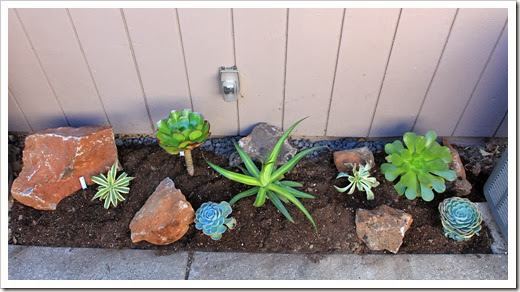 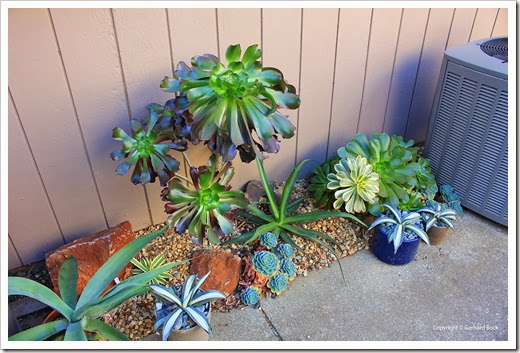 The two agaves in this bed—Agave xylonacantha ‘Frostbite’ and Agave ‘Mateo’ (Agave bracteosa × Agave lophantha)—have stayed about the same, but then, agaves are much slower growers than aeoniums. However, the two Echeveria × ‘Imbricata’ have formed small colonies and will continue to spread.

The most prominent specimen here is this 40-inch tall Aeonium ‘Cyclops’. The largest rosette has a diameter of 16 inches. I love the floppy leaves tinged with purple. In strong sun it would be far more purple (it’s a hybrid between the nearly black Aeonium arboreum ‘Zwartkop’ and the large Aeonium undulatum). 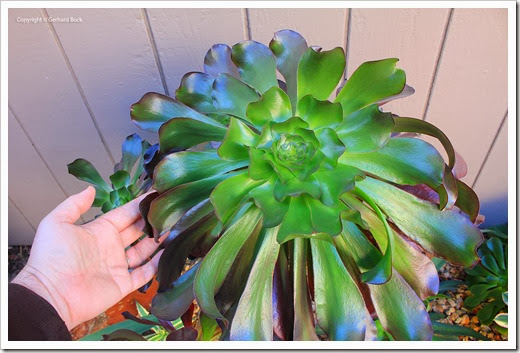 The only downside about aeoniums is their lack of cold hardiness. They don’t like freezing temperatures at all—much like yours truly. 28°F is about the limit. Below that, their leaves turn to mush.

Fortunately, our aeonium bed is quite protected, nestled against the house. However, on frosty nights I do throw frost blankets on these plants to prevent damage. This strategy was successful this past winter when we had two weeks of night-time temperatures in the high twenties (very unusual). Hopefully this winter will be milder because I have ever more plants to protect...