Yesterday there was a lot of excitement on our street. Our neighbor across the street noticed in the morning that quite a few bees were buzzing around the butterfly bush (buddleia) in their front yard. In the next few hours, it became clear that this was a swarm in the midst of moving to a new place to live. 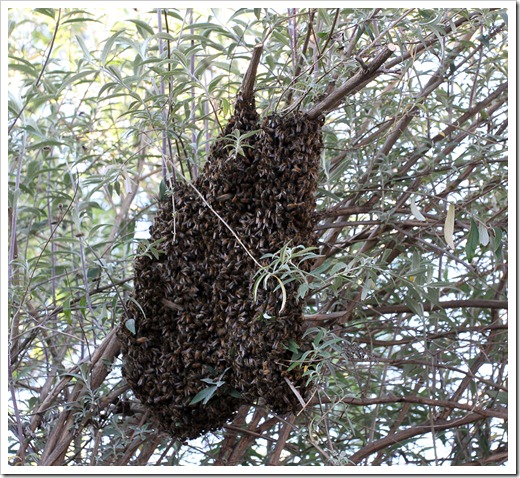 While beekeeping in suburban backyards is gaining in popularity, our neighbors weren’t ready for a bee colony so they contacted the Sacramento Area Beekeeper Association and were referred to a local beekeeper who lives just a few streets away.

I was there with my camera when the beekeeper came. The entire process you see in the series of photos below took no more than 15 minutes. 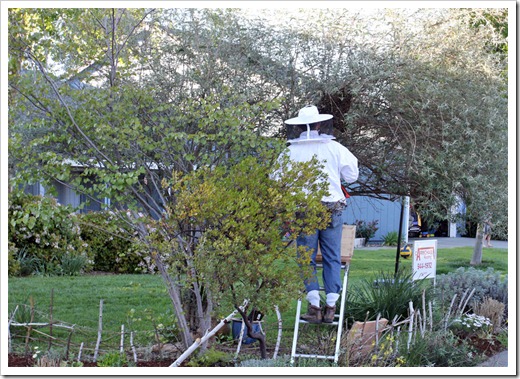 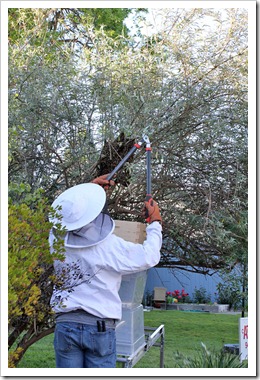 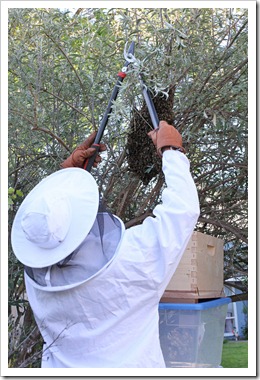 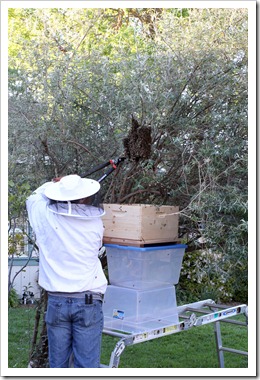 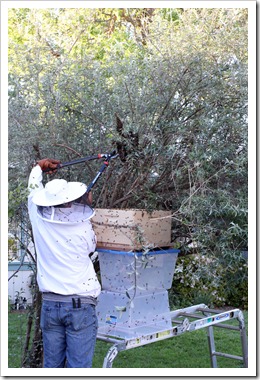 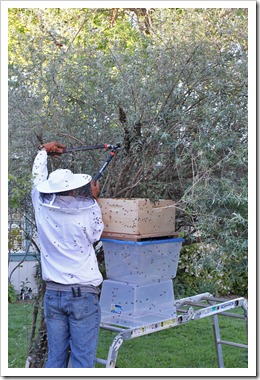 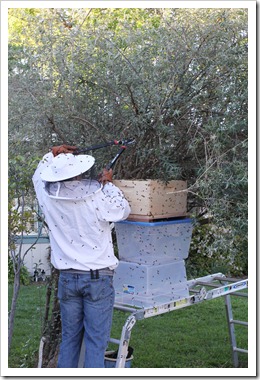 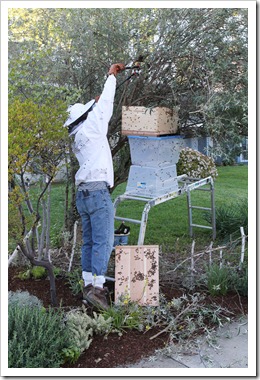 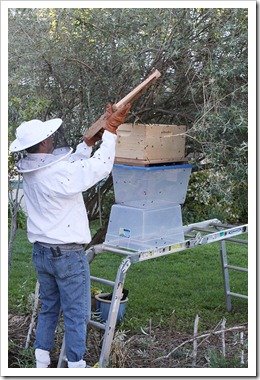 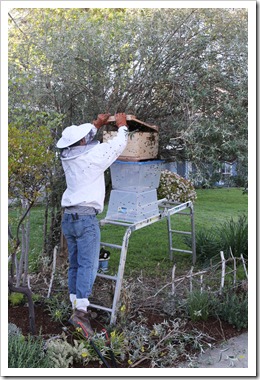 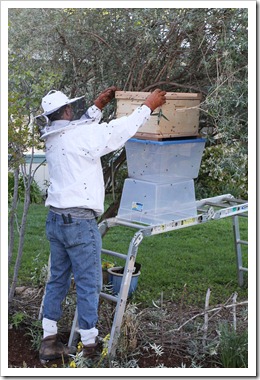 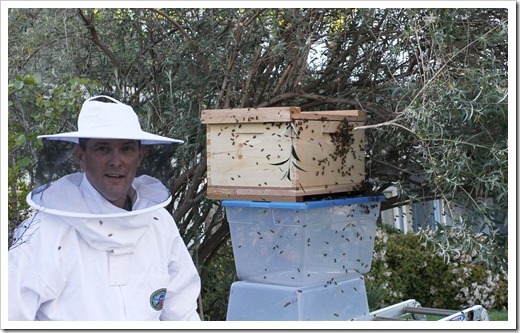 Most of the swarm fell into the crate as the beekeeper cut off the branches, and the remaining bees quickly made a beeline (sorry for the pun, I couldn’t help myself) for the opening in the bottom of the box. 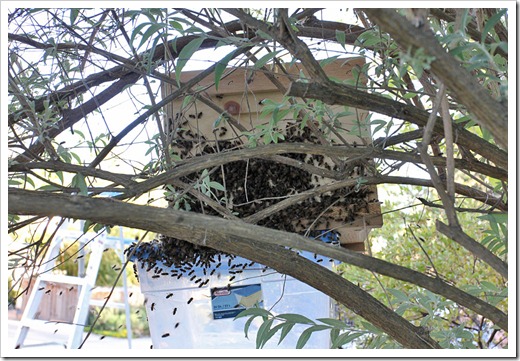 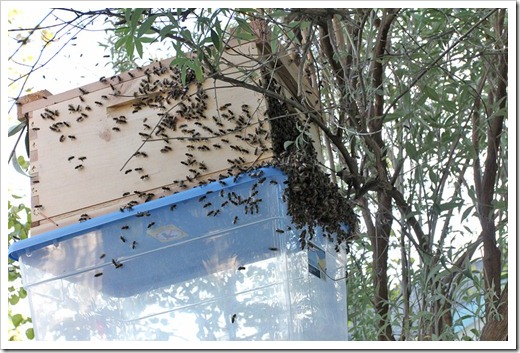 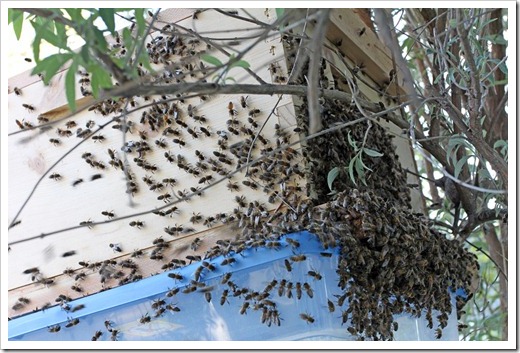 The beekeeper took the box to his own backyard where the swarm will hopefully establish a new hive. He promised to bring some honey to our neighbors.

It would appear that these bees broke away from an existing hive nearby. As the size of a colony grows in the spring, the existing hive often doesn’t have enough room and the old queen (or a new one) and approximately 50-60% of the worker bees fly to a bush or tree close by where they cluster together to protect the queen. Scouts reconnoiter the area to find a protected location for a new hive. They communicate their findings the swarm, and everybody then takes off to their new home.

I don’t know if our neighbors’ butterfly bush was a temporary hangout or a new permanent location, but it doesn’t matter now that the bees are gone. It was great having a front-row seat to the goings-on. The biggest surprise for me was how focused the bees were on being with their queen. They didn’t pay much attention to the humans and I was able to get much closer than I’d thought.