“A garden is the medium to give people a moment to lift them up, giving themselves something they did not have before. It is … a moment to feel a revolution.”

A Japanese garden, like any garden, would be incomplete without plants. No matter how minimalistic it is, it needs living, growing things, even if they are just mosses. In a more metaphorical sense, plants function as the “garments” of the garden, changing as the seasons change, underscoring the concept of life in constant flux.

In a Japanese garden, plants are placed in very specific ways in order to create balance. This balance comes from how plants harmonize—or contrast—with each other. Evergreens are juxtaposed with deciduous plants; coarser-textured pines with soft maples; tall bamboos with low-growing mosses.

Similar plants are typically grouped in uneven numbers; plantings of three or five are considered particularly pleasing and in keeping with the Japanese sense of proportion. 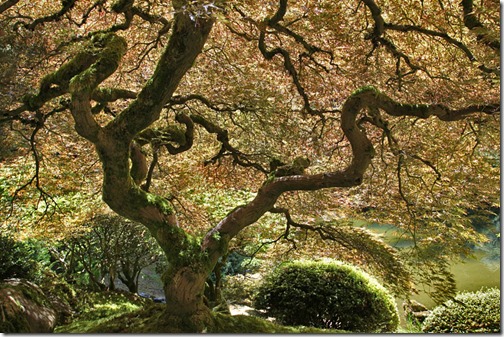 In order to create an idealized rendition of nature, plants are shaped to be either symmetrical or asymmetrical as needed or desired. In this way, a balance is achieved between the uncontrolled power of nature and the controlling influence of man.

Masayuki Mizuno, a former landscape director at the Portland Japanese Garden, summarized the Japanese gardening philosophy in these basic terms: “The essence of the garden is the spirit of the earth. [Gardening is simply] taking care of the earth.”

This stewardship of the earth, of nature, is taken to an even higher level at the Portland Japanese Garden. Many plants were originally donated by local nurseries, garden clubs and private citizens or moved from sites where they would have been destroyed because of impending public works projects. The reuse and recycling of plant material on such a grand scale is, in fact, one of the strengths of the Portland Japanese Garden. 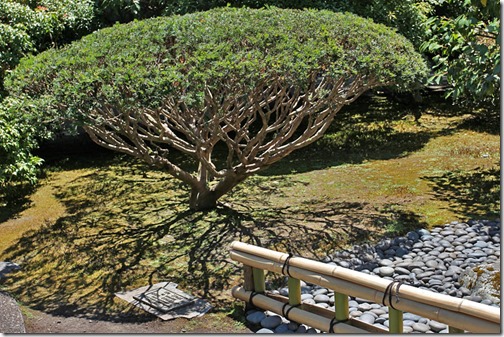 Weeping cherry in the Flat Garden, salvaged during the construction of a local freeway. This tree, like all others, is carefully shaped so it can play its assigned role as effectively as possible. 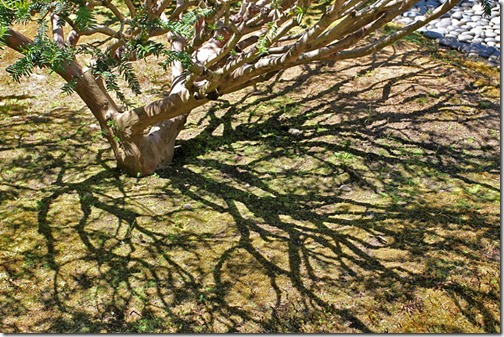 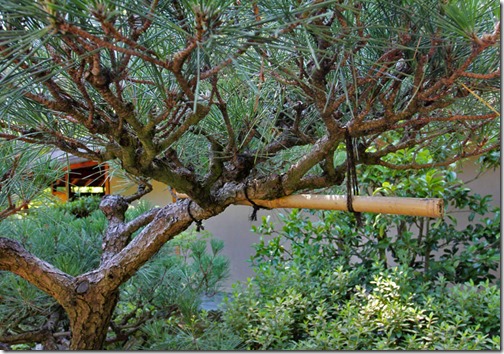 Pine tree with traditional bamboo horizontal brace (soedake) designed to straighten limbs. This is one of many techniques used in a Japanese garden to create an idealized rendition of nature. 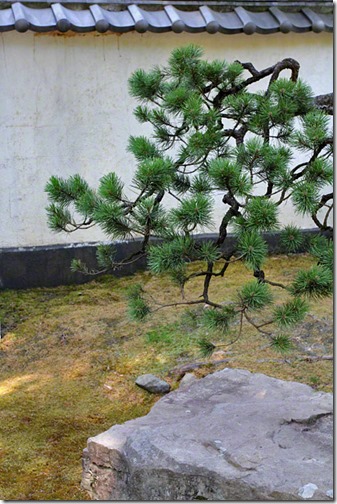 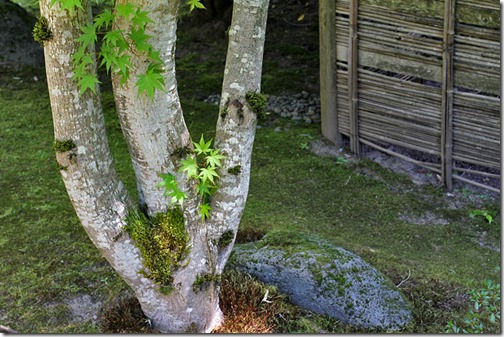 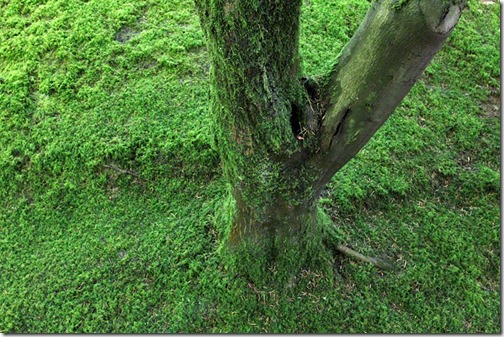 Moss-covered slope in the Natural Garden. Mosses are an important element in a naturalistic Japanese garden because they give the impression of old age, making the garden look like it has been there for a very long time. 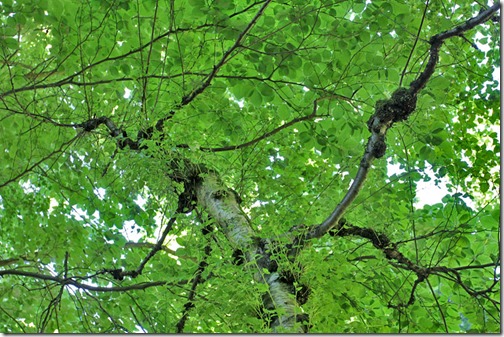 Birch tree canopy. The shape of a tree and the color of its trunk and foliage are important aspects. 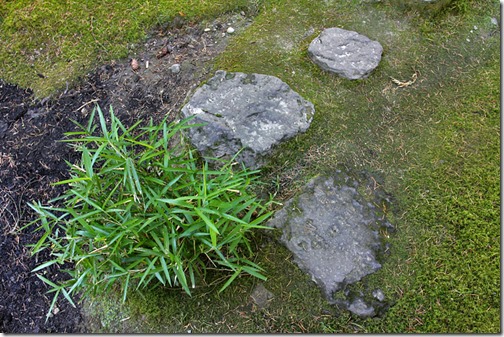 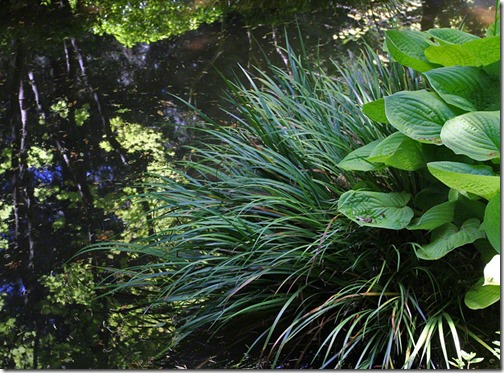 Hostas and liriope along the shore of the Upper Pond in the Strolling Pond Garden. Both of these plant genera are native to eastern Asia and frequently found in Japanese gardens. 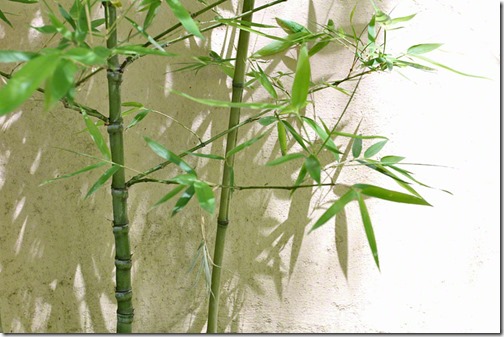 Bamboo is using very sparingly at the Portland Japanese Garden. I don’t quite know why considering that bamboo has such a strong association with Japanese culture. The only place I saw taller bamboo was at the Sand and Stone Garden. 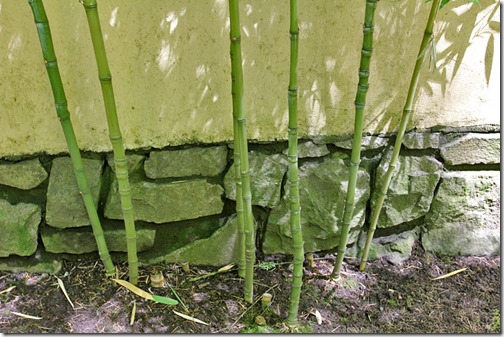 Golden bamboo (Phyllostachys aurea) outside the wall that surrounds the Sand and Stone Garden.