As you saw in this post, Roger's Gardens had mass plantings of ornamental kale to celebrate the holidays. Just down the road, literally less than two miles away, Sherman Library & Gardens had its own share of ornamental kale, as you'll see in a little bit. But the first festive thing I noticed as I was walking up to the entrance were creamy-white poinsettias in the street-side landscaping: 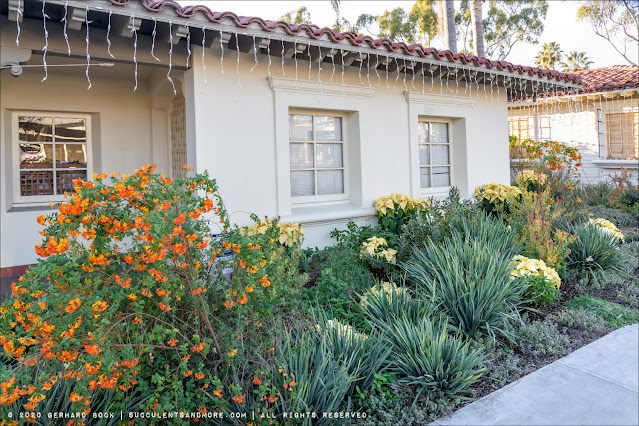 I wonder if they're a permanent part of the plantings or just a temporary addition? I assume the latter.
Out of all the colors poinsettias come in now, white is certainly not the most exciting, but in the landscape, like here, it works much better than any red or pink would. It goes particularly well with the steely blue dianellas... 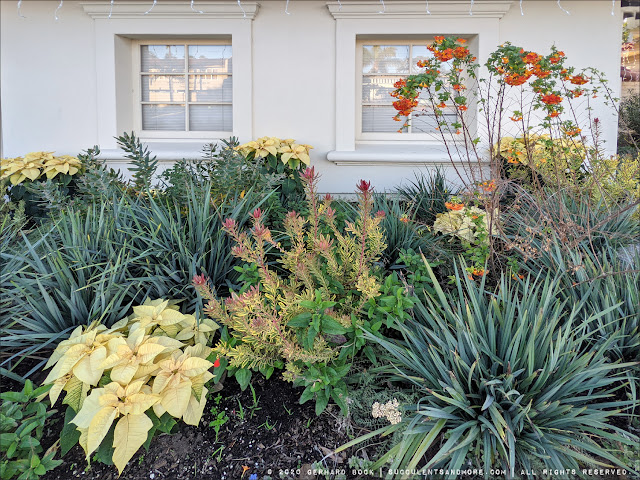 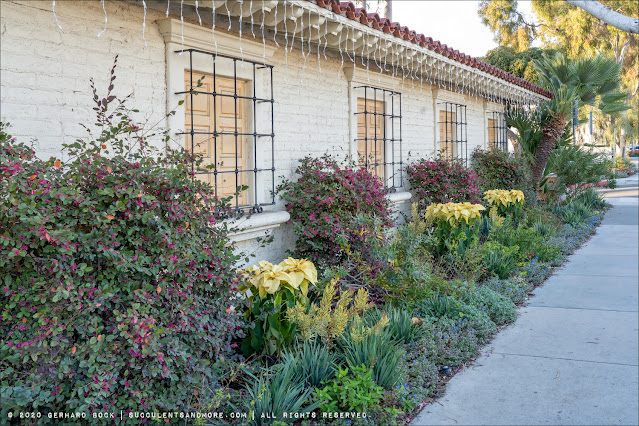 ...and the beige shutters in front of the windows: 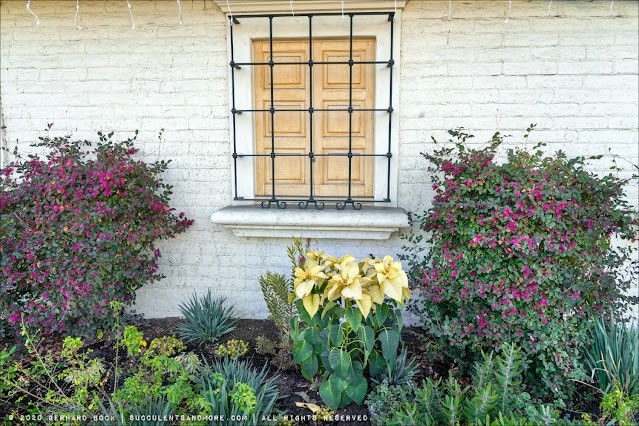 Inside the compound, there were plenty of red, pink, and speckled poinsettias: 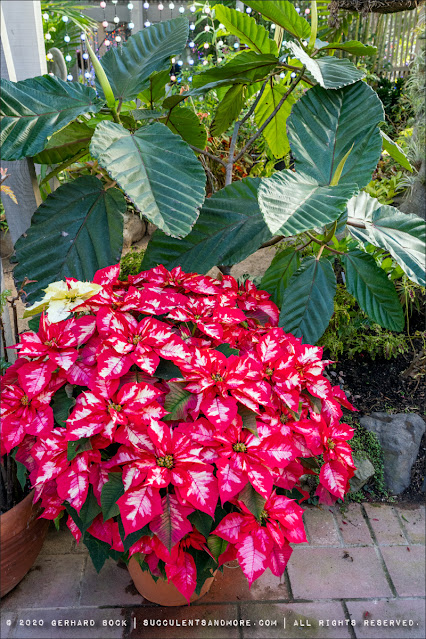 And plenty of holiday decorations: 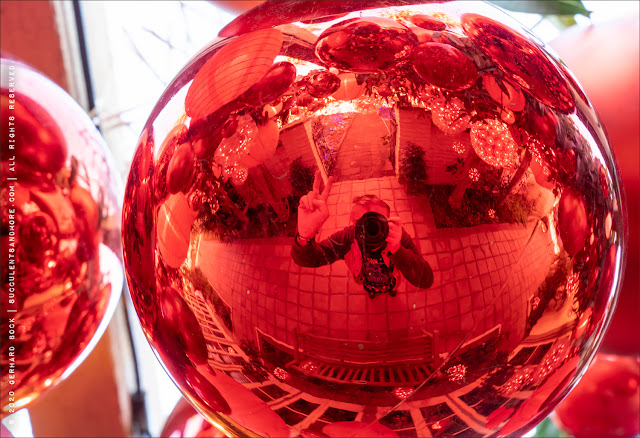 Holiday lights were everywhere, making it challenging to keep them out of photos:
The garden beds featured some inspired combinations: 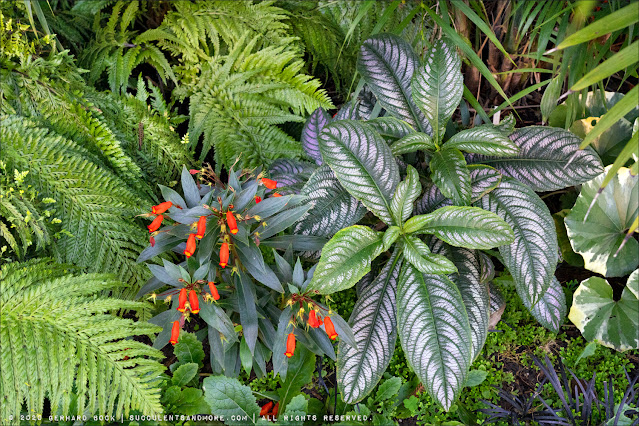 Which brings us back to ornamental kale:
Kale mass planting: 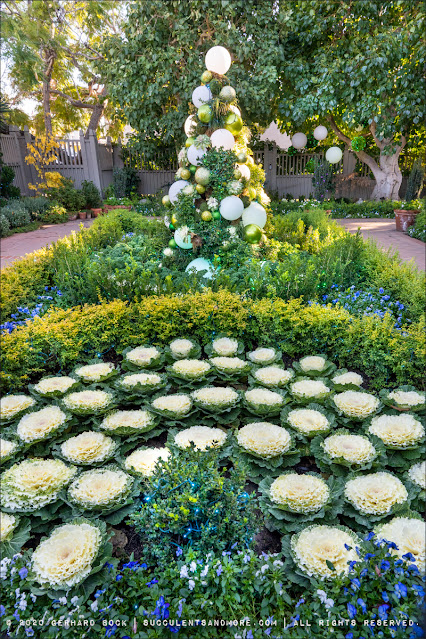 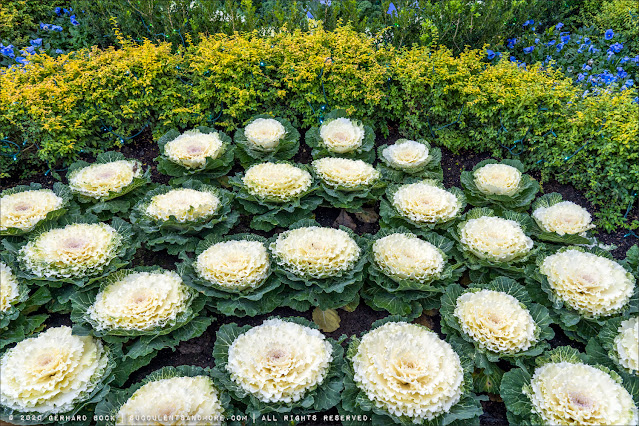 That's a sufficiency of ornamental kale, isn't it?
Let's look at some bromeliads, which are happy being outside year round. Corona del Mar is in USDA hardiness zone 10b, or Sunset zone 24, so no worries about getting struck by frost. 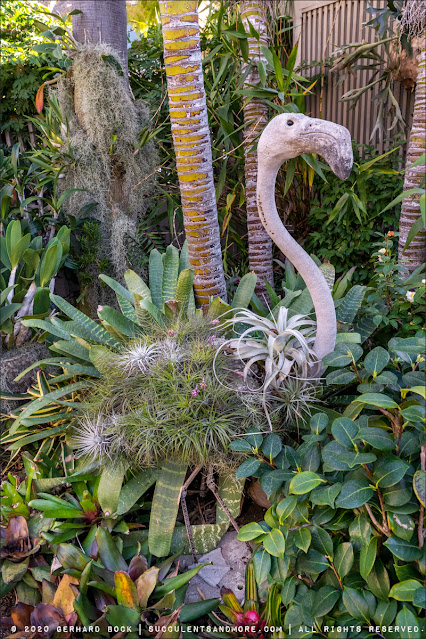 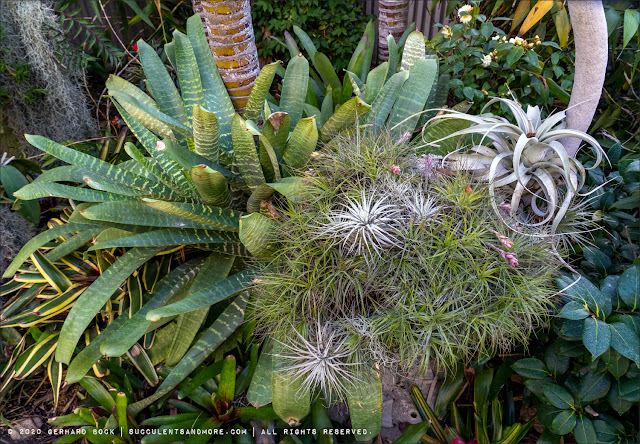 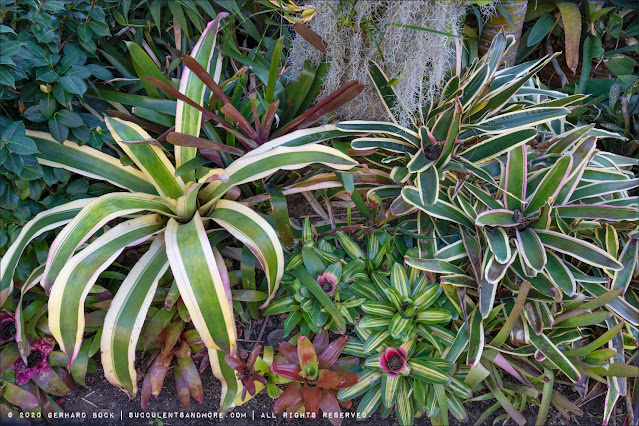 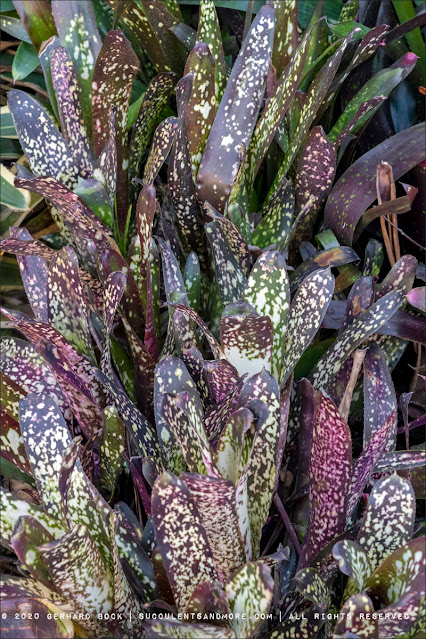 The Sherman property isn't large as far as botanical gardens go, only a little over two acres, but there's a lot of variety, not just in terms of plants but also ornamentation:


The stately pepper tree above is adjacent to the Succulent Garden, the main attraction for me. I'll have a separate post about it in a few days.
Here are a few more “wintery” images—selected leaves spray-painted silver. Call it festive, or call it plant torture, but it's the closest to snow these plants will ever get. 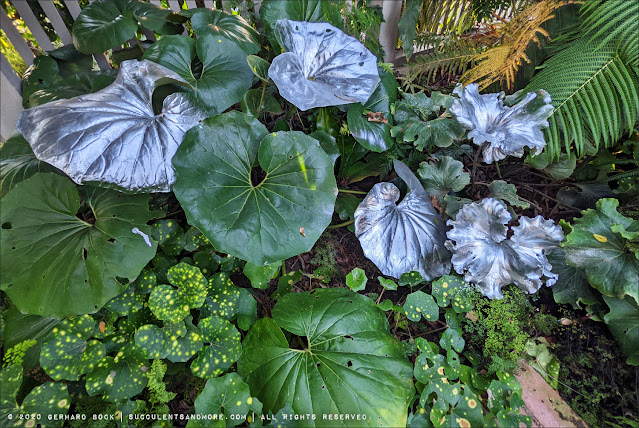 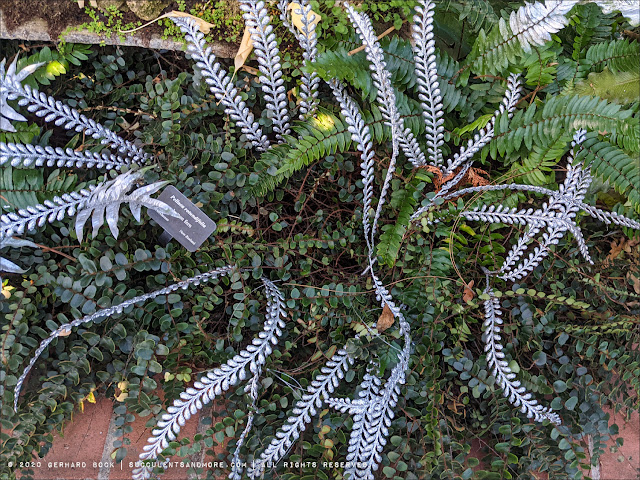 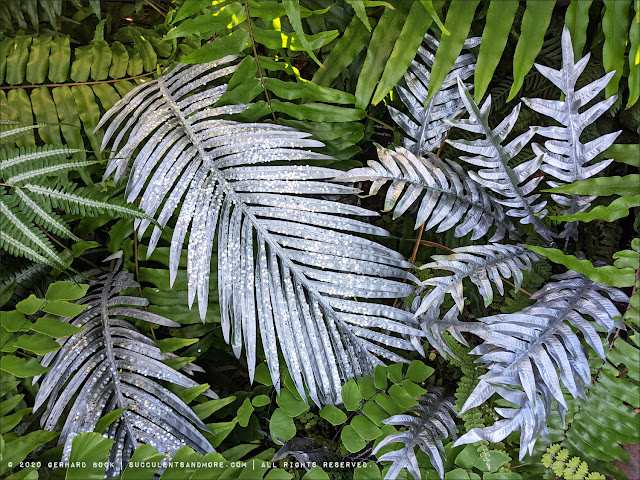 The final image I want to show you is much more to my liking:
Sherman Library and Gardens is a weighty-sounding name. When I did some research a few years ago, I was surprised to find out that the property was a nursery when businessman Arnold Haskell (1895-1977) bought it in 1955. The old adobe house at the corner of Dahlia Ave and Pacific Coast Highway was built in the late 1930s by the Lushbaughs, a young couple who hand-fired all the adobe bricks. They had bought the land from the City of Newport Beach for $600—that's less than the price per square foot of an average house today! Here is a very interesting article from the Sherman Library's collection entitled "When Nobody Bought $100 Lots in Corona del Mar." Wouldn't it be nice to travel back in time and buy a few of those cheap lots?
In the 1960s, Haskell acquired the rest of the 2.2 acre block and created a series of gardens open to the public as a refuge from the stress and pressures of daily schedules." He chose the name Sherman Library & Gardens in honor of his mentor and benefactor Moses Sherman (1853-1932), a pioneering Southern California real-estate developer (the city of Sherman Oaks still carries his name). So what I'd assumed to be a historical property with roots going back to pre-statehood days had actually been Norman's Nursery (plus the Lushbaughs' modest 1930's single-room adobe)!