A tale of two dudleyas unfolding in our garden

Dudleyas are the most intriguing succulents native to California—or in a broader sense, the California Floristic Province, which extends into Oregon in the north and Baja California in the south. Geoff Stein wrote a great introduction to dudleyas on Dave's Garden so I don't need to repeat the same information here.

The common name for dudleyas is live-forever, owing to their extreme longevity (some species live 100 years or longer). That, however, is in their native habitats. I doubt the same is true for cultivation. They certainly don't last that long in my garden.

With some exceptions, dudleyas grow near the coast where it's nice and cool year round. In our hot inland summers, when they're dormant, they struggle mightily. Water them during their dormancy, and they'll likely rot. Don't water them at all, and they might die of desiccation. In their native environment, they get just enough moisture from the air that they're able to survive the dry season. Of course the much cooler temperatures also help.

Why then, you might ask, would I even bother with dudleyas? Because I love a challenge, and because the best of them have an otherworldly beauty. Just look at this Dudleya brittonii I photographed last summer at the UC Botanical Garden in Berkeley:

To my delight, I've managed to keep Dudleya brittonii alive in my garden for 4+ years now, largely by leaving it to its own devices. Like all dudleyas, it's a winter grower, and it's getting close to looking perfect right now. Here it is in the front in the photo on the left and in the back in the photo on the right: 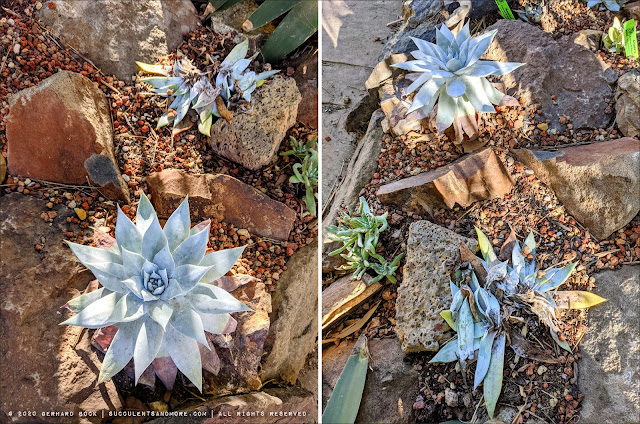 The other dudleya in these photos is its close sibling, Dudleya pulverulenta. At its best, it's a dead ringer for Dudleya brittonii, albeit with less fleshy leaves But in my garden, the differences between the two couldn't be greater. One is thriving, the other is dying. 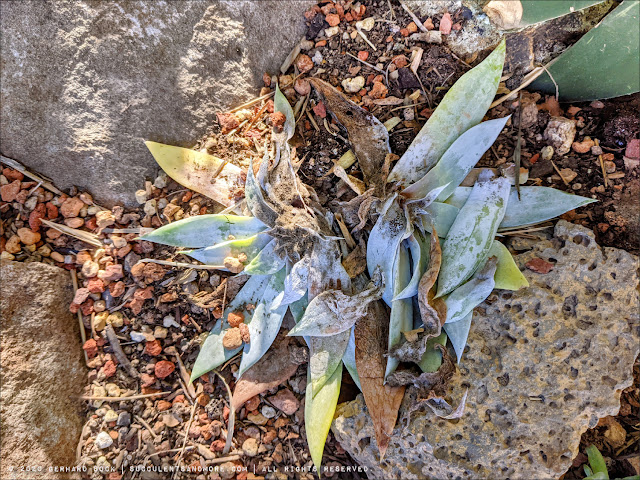 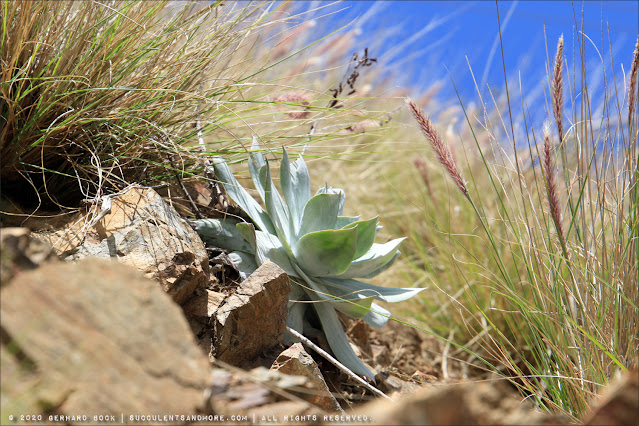 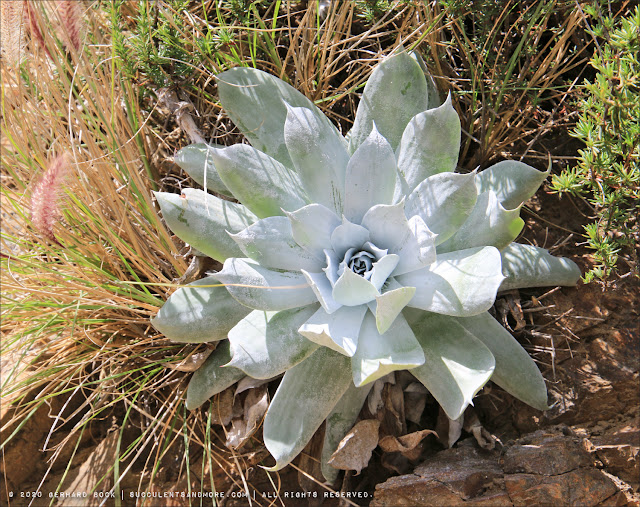 The lesson I've learned from this is two-fold: (1) You can't grow 'em all, and (2) some plants are best enjoyed in their native environment.