Succulent hunting in the Arizona desert

- December 11, 2019
Only two weeks to go to Christmas. That means two weeks and a day until I set out on my 7th annual post-Christmas trip south. Like 6 out of these 7 times, it will be to Arizona. What can I say? I love the desert, especially the Sonoran, and I need my yearly fix!

Looking back at my previous excursions, I realized that I never blogged about a December 2016 outing to the Waterman Mountains with agave guru Greg Starr, author of Agaves: Living Sculptures for Landscapes and Containers, and desert rat Ron Parker, author of Chasing Centuries: The Search for Ancient Agave Cultivars Across the Desert Southwest. It was one of the most memorable experiences I ever had in the Sonoran Desert, and the photos I took are too good not to share. 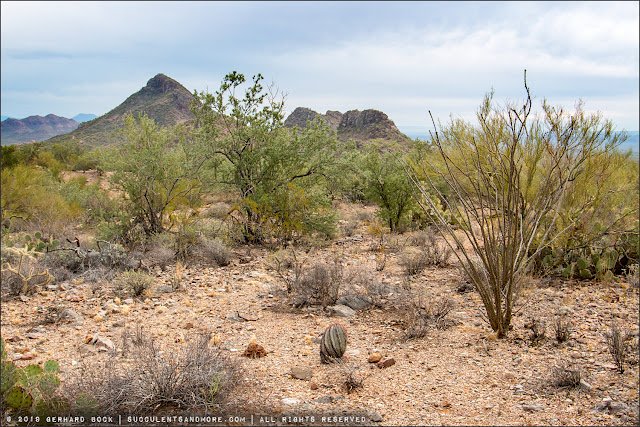 Located about 25 miles northwest of Tucson, the Waterman Mountains are part of Ironwood Forest National Monument. This is a remote area inhabited by few, if any, souls. The roads we took after getting off Interstate 10 got progressively narrower and bumpier. That was before we entered territory that can only be described as hair-raising. Ron, to his credit, handled the many potholes and sharp rocks with great skill (and speed). Eventually the “road” got too bad to continue so we parked the car and set off on foot.

We climbed about 600 ft. over a mile or mile and a half to an altitude of about 3,000 ft. What we saw along the way was amazing: Echinocactus horizonthalonius var. nicholii (rare and federally protected), Ferocactus acanthodes (a barrel cactus known for its fiery red spines on young plants), Echinocereus nicholii (a beautiful hedgehog cactus with golden spines), Mammillaria grahamii, untold numbers of ocotillos (Fouquieria splendens), saguaros (Carnegiea gigantea), and of course the star of the show for me: Agave simplex. You'll see all of these in this post.


It takes a while to develop your “desert eyes” that allow you to spot plants (or animals) amidst the random jumble of rocks: 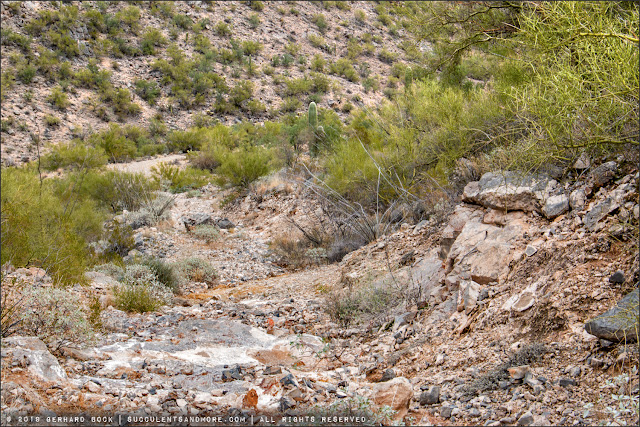 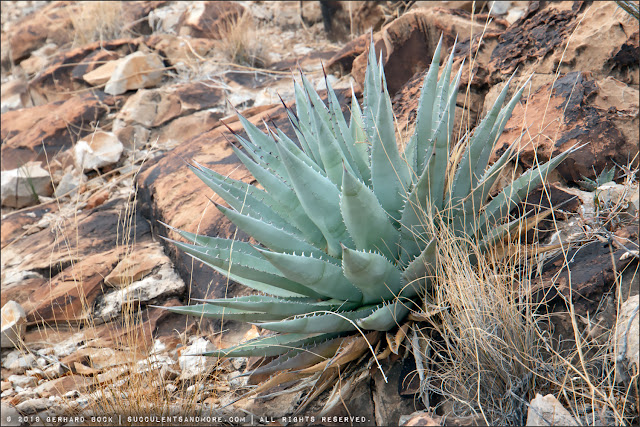 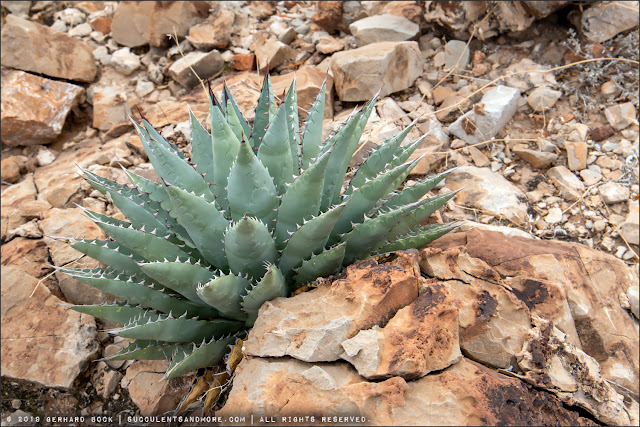 On our 2½ hour hike we met only two other people on the trail. This was as close to wilderness as I've come in a long time even though we were back in Tucson an hour later. I wouldn't have ventured out into the Waterman Mountains without Greg and Ron, and I'm very grateful they took me under their wings.

© Gerhard Bock, 2019. All rights reserved. No part of the materials available through www.succulentsandmore.com may be copied, photocopied, reproduced, translated or reduced to any electronic medium or machine-readable form, in whole or in part, without prior written consent of Gerhard Bock. Any other reproduction in any form without the permission of Gerhard Bock is prohibited. All materials contained on this site are protected by United States and international copyright law and may not be reproduced, distributed, transmitted, displayed, published or broadcast without the prior written permission of Gerhard Bock. If you are reading this post on a website other than www.succulentsandmore.com, please be advised that that site is using my content without my permission. Any unauthorized use will be reported.