From the mountains to the desert

- December 26, 2019
Christmas Day at my mother-in-law's place in Mount Shasta, about an hour south of the Oregon border. The mighty mountain the town is named after has been playing peek-a-boo:


When Mount Shasta is hidden in the clouds, motorists passing through on Interstate 5 often mistake Black Butte for Mount Shasta:

However, at 6,334 ft, Black Butte is less than half the height of 14,179 ft Mount Shasta. Rising up right next to the freeway, it's still an imposing sight.

The town of Mount Shasta is in a picturesque alpine setting. However, less than 10 miles to the north, the geography changes dramatically as the conifer forest gives way to the high desert, which stretches east into Nevada and beyond. 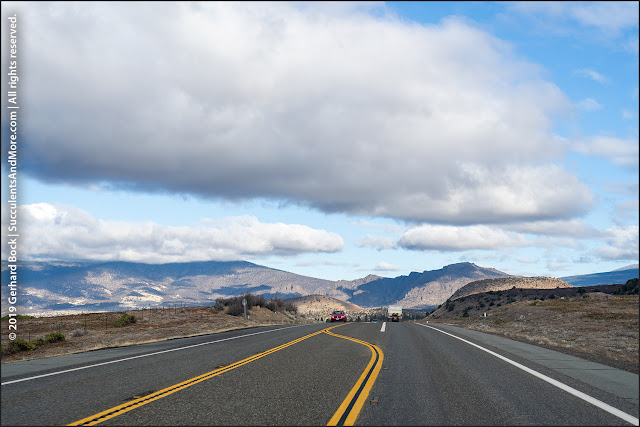 As much as I like the mountains, the desert is where my heart is. This desert, any desert.

“I succumbed to the desert as soon as I saw it,” wrote Antoine de Saint-Exupéry, best known for The Little Prince. He was referring to the Sahara, but still.


It's been a long time since I've done any exploring in the far eastern corner of California—an area that is as vast as it is remote. One of these years...

In the meantime, I'll get my desert fix somewhere else entirely—over 1,000 miles further south in the Sonoran Desert. On Boxing Day, I'm heading to Tucson, Arizona for my the annual post-Christmas solo road trip. From the Oregon border to the Mexican border, one might say!