Out with the old, in with the new: small succulent bed makeover in backyard

- May 26, 2019
Last week's unplanned makeover of a section of the streetside bed, the result of our 'Sonoran Emerald' palo verde falling flat on its face, proved contagious. Out with the old, in with the new—sometimes there's nothing better to break through the inertia.

Case in point: this small planting strip along the side of the house (the kitchen is behind the wall). It's separated by a concrete walkway from the much larger planting bed against the streetside fence. On the other side of the fence is the streetside bed where the palo verde toppled over, just to give you a sense of place.

Since the bed is only 2½ feet deep, we're limited in what we can plant there. After a long cycle of trial and error (mostly the latter), I decided to stick aloes and agaves in there. I can't even remember when that was—it might have been as long as ten years ago. Likewise, I can't tell you where the yellow columbine on the left came from; probably a volunteer. The nasturtiums were here when we bought the house 22 years ago; I'm sure they'll outlive us, too.

There wasn't anything terribly wrong with this bed, but I was tired of the same-o, same-o. Time to switch things up!
The first step was to remove the old plants. That didn't take long, considering aloes and agave are shallow-rooted. I decided to leave the clump of Agave 'Red Margin' since it fills its corner spot nicely. The rest came out. 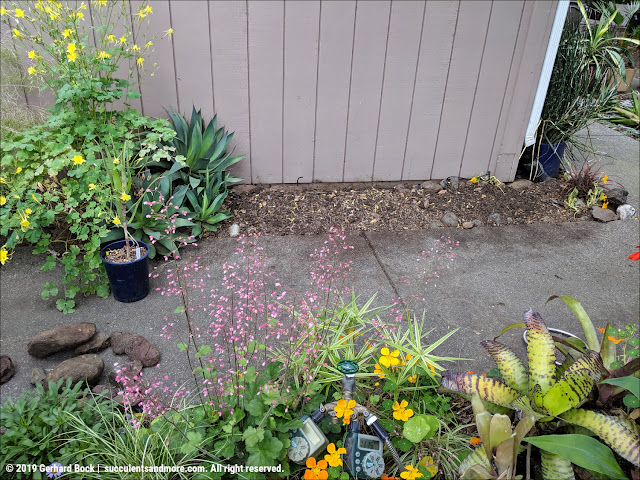 The next step was the most fun: picking replacement plants. I have trays of small aloes and agaves scattered around the backyard... 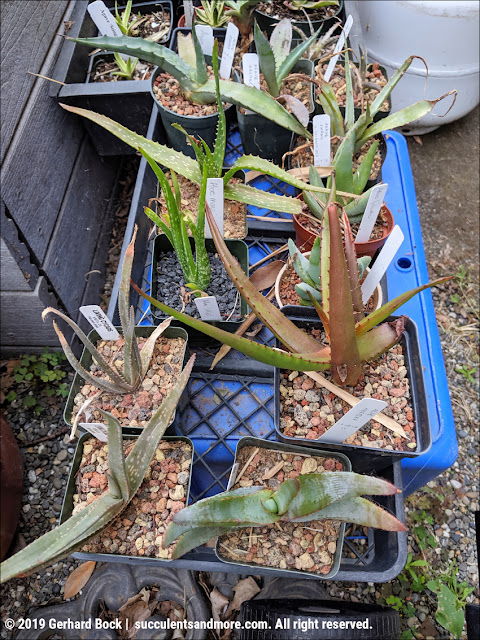 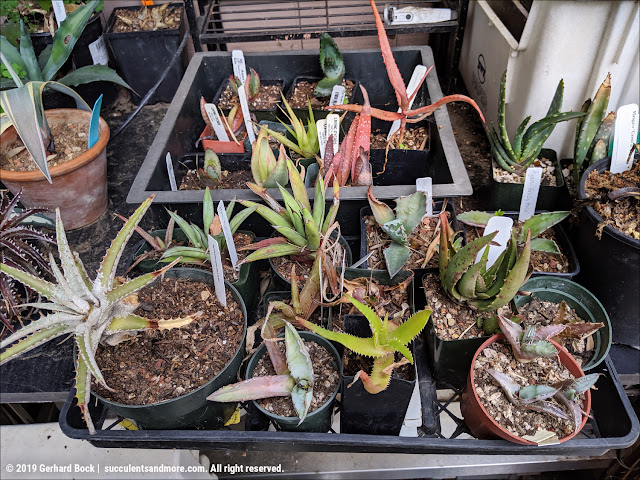 ...even some larger ones: 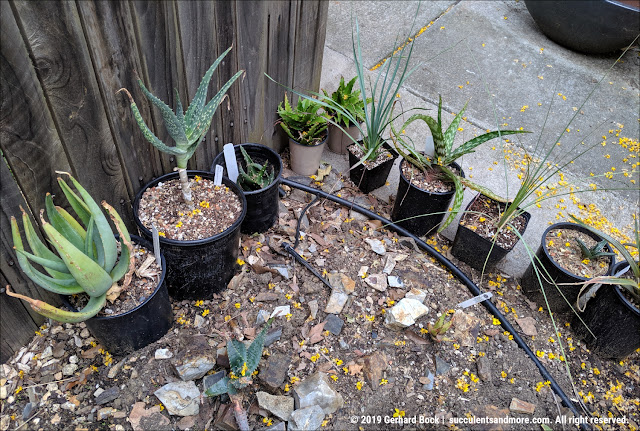 Here's the bed after replanting: 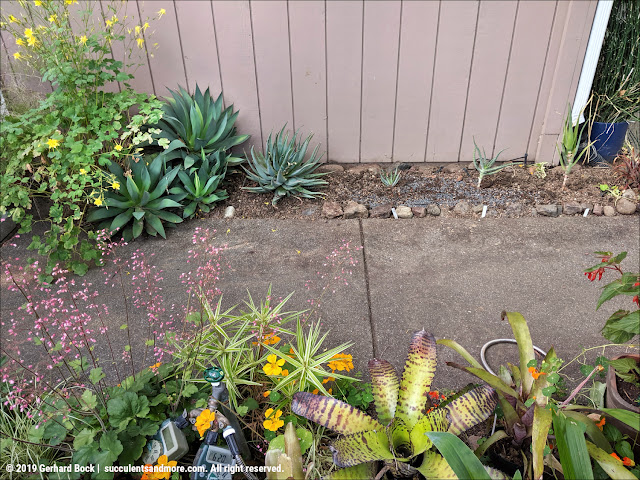 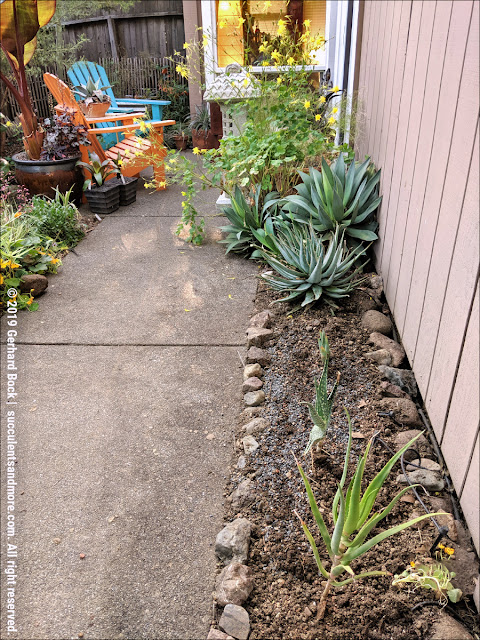 The final step: Add a few rocks to soften the severe geometry of the planting—all ducks in a row, as you might say. But there really isn't room to offset the spacing, especially front to back. 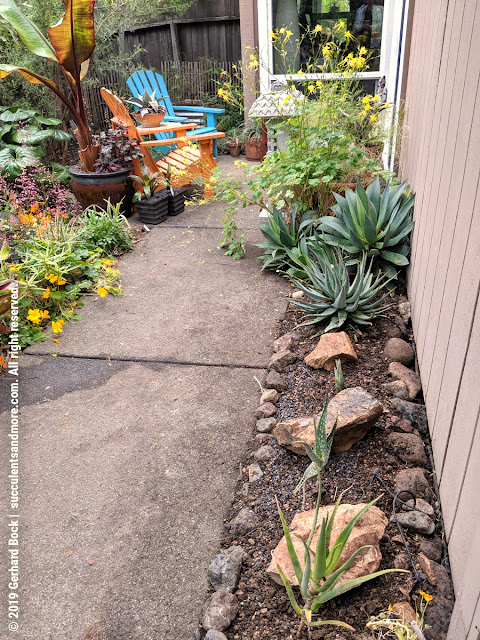 Since the aloes I picked aren't all that common, I want to show you some larger specimens:

According to the San Marcos Growers website, my go-to place for all things Aloe and Agave, "in winter, the foliage [of Aloe pseudorubroviolacea] takes on pink tones much like Aloe rubroviolacea, whose specific epithet 'rubraviolacea' means "red-violet" but this species differs in having larger rosettes that produce fewer offsets and more heavily branched inflorescences that appear later." If you grow both and know of a sure-fire way to tell the two apart, please leave a comment.

Another bonus of this small bed: It's southfacing so it gets plenty of afternoon sun, even in the winter. Since it's right up against the house, it's a few degrees warmer there than in other areas of the backyard—enough to let me know grow plants that are iffy in terms of hardiness.

So there you have it, another baby step towards completing the much larger makeover project that is the backyard.

If you are reading this post on a website other than www.succulentsandmore.com, please be advised that that site is using my content without my permission. Please report such unlawful use to me at gerhard[AT]succulentsandmore[DOT]com. Thank you!
aloes back yard makeover renovation
Location: Davis, CA, USA