In my previous post I showed you the spectacular venue of the Friday evening reception: organizer Jeff Chemnick's home and nursery, Aloes in Wonderland. When I told Jeff how amazing his place was, he said, "it's nothing compared to where we'll be tomorrow evening."

So here we are: St Francis Ranch in the Santa Ynez Valley, a 30-minute drive from Santa Barbara proper. It's the kind of country property you're likely to see in a high-end real-estate magazine like LAND (for some reason, my dentist has a subscription so I get to page through it a couple of times a year in the waiting room).


If you look at the three figures on top of the gate in the photo above, you'll have a good idea of which animals are raised at St Francis Ranch. The cattle are Ankoli-Watusi, whose prominent feature are almost comically long horns—to my regret I didn't take a photo. And the second kind of animal was this:


I also spotted a very large orange bunny, but I don't know if they raise those at St Francis Ranch as well. 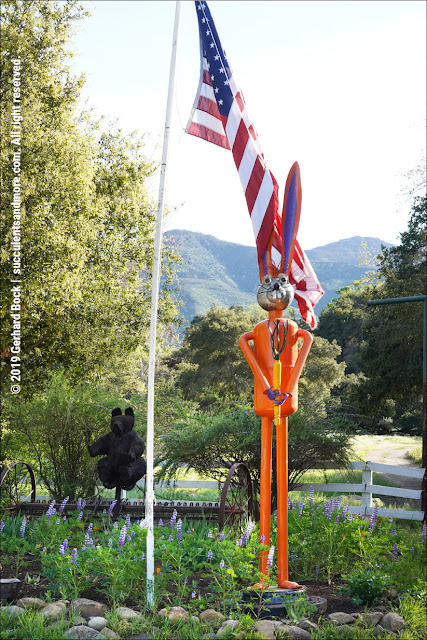 There was some speculation about the size of the ranch; I heard 3,000 acres being mentioned. For somebody whose house is on 1⁄5 acre (me), that's an abstract number which doesn't really mean much other than "very large." To put it in perspective, 3,000 acres is roughly 4.8 square miles. In other words, if the property were square, it would be 2.2 miles in either direction. The driveway at St Francis Ranch certainly was long enough—if not a mile, then close.

We parked near the house, maybe 2⁄3 of the way up the hill, still not knowing what to expect as far as the garden was concerned. But that was about to change. If this were a Hollywood movie, this is where the kettle drums would begin a low rumble.

But before I gave in to the gravitational pull of the garden itself, I walked away from it, across the road to this spot:

After a wetter than usual winter, the hills were a rich saturated green, with wildflowers adding pops of color. Add freshly leafed out oak trees, and you have a quintessential California spring scene: 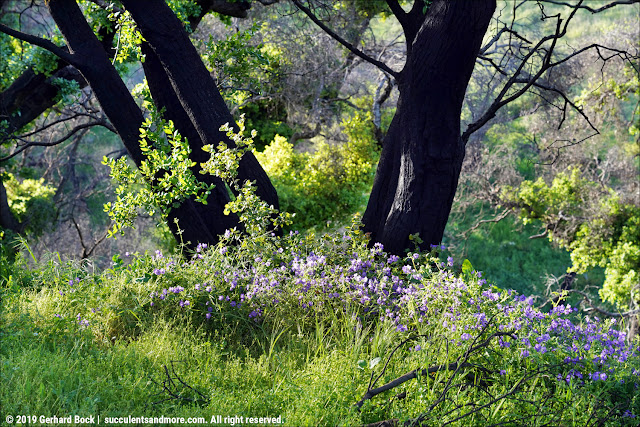 Finally I was no longer able to resist. I turned my back on the bucolic scene above and threw myself into what would be the most stunning naturalistic garden I've ever seen. At this point in the evening, I knew virtually nothing about it, its owner, and its history (and even now I don't know a whole lot more), so I'll share these images with you the way I saw them: with no preconceived ideas, and not knowing what I might see next. 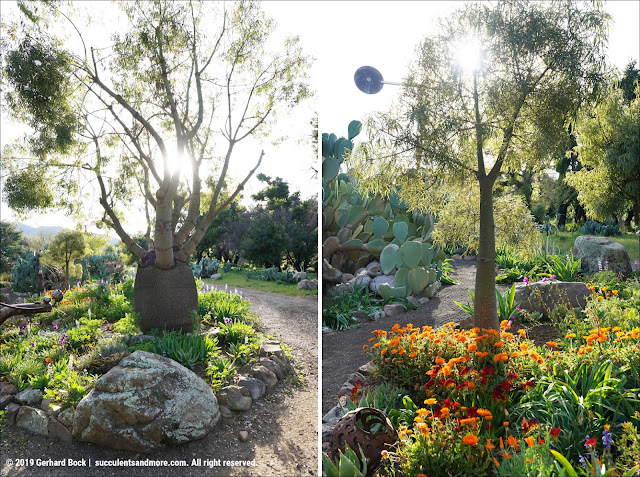 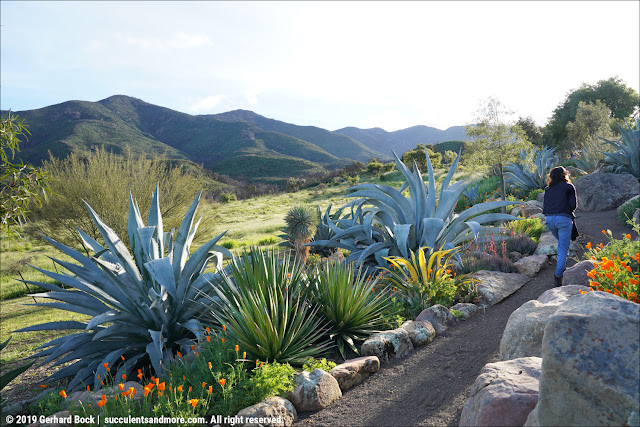 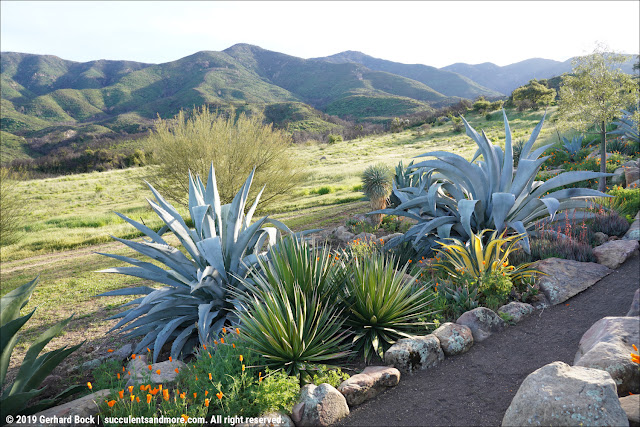 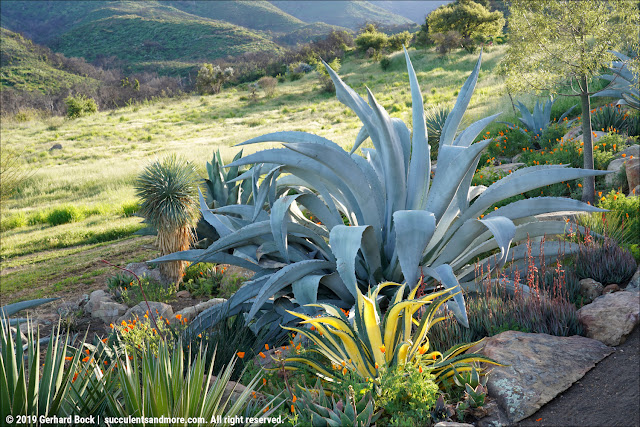 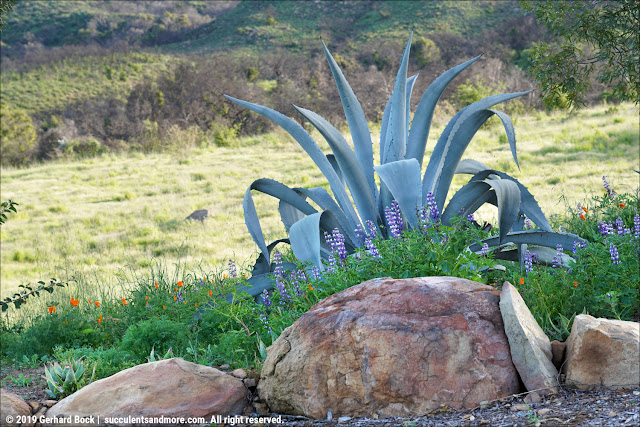 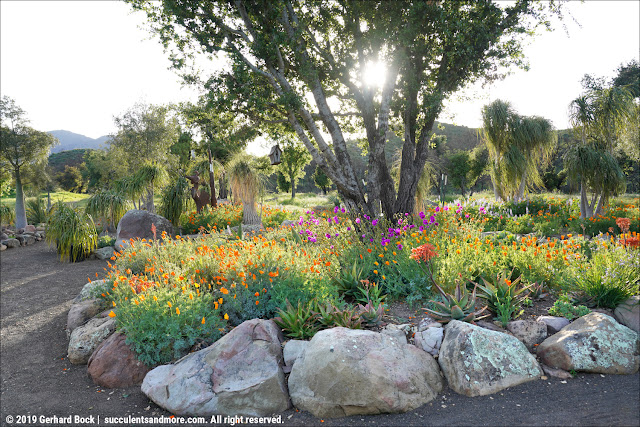 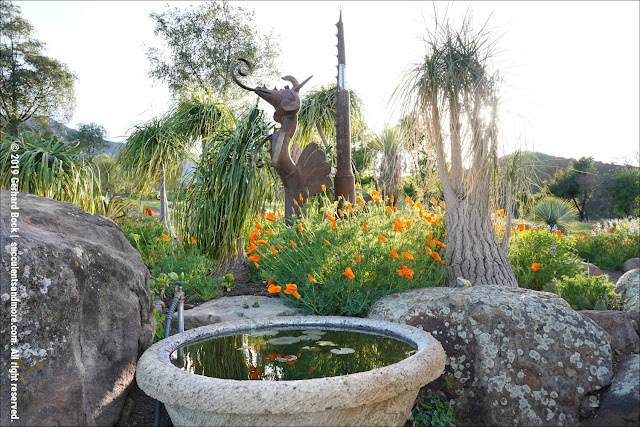 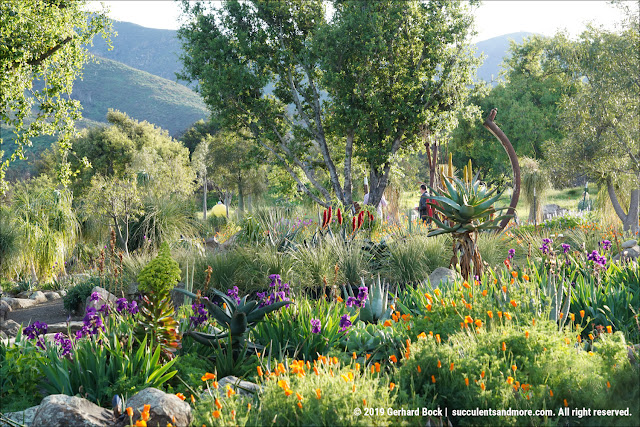 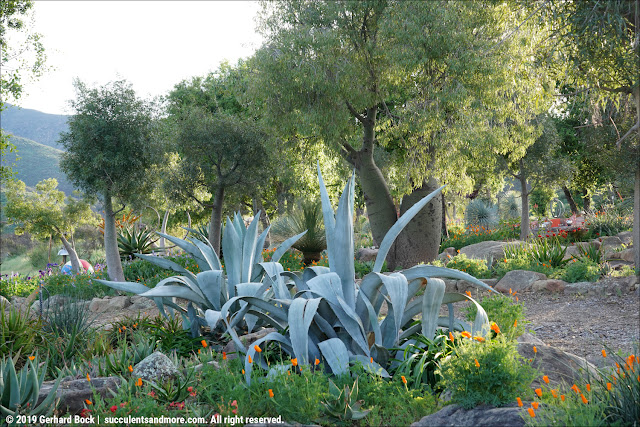 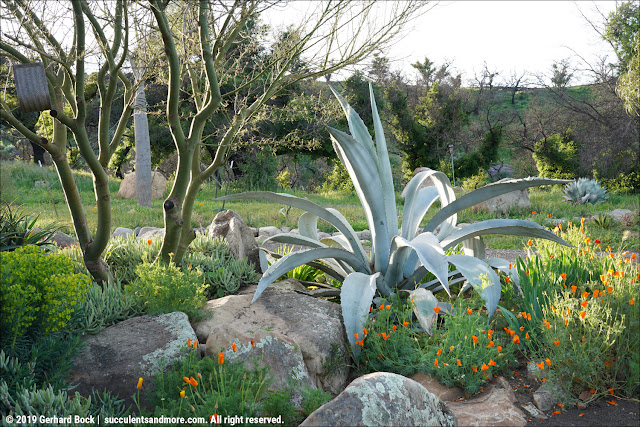 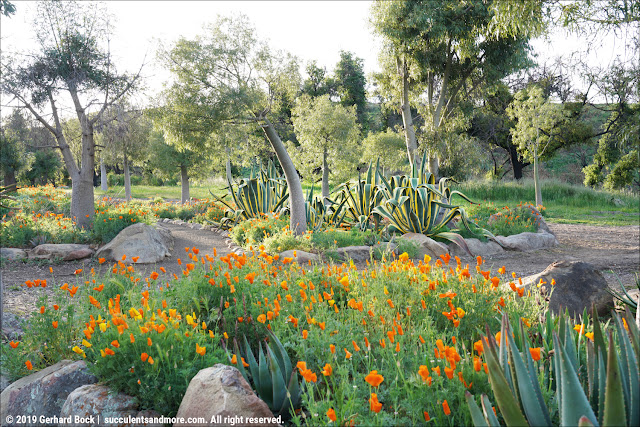 At this point, the sun was almost down and my stomach was growling so I decided to head towards the house to get something to eat. However, as good as the taco bar was, I couldn't focus on the food because there simply was too much to see. 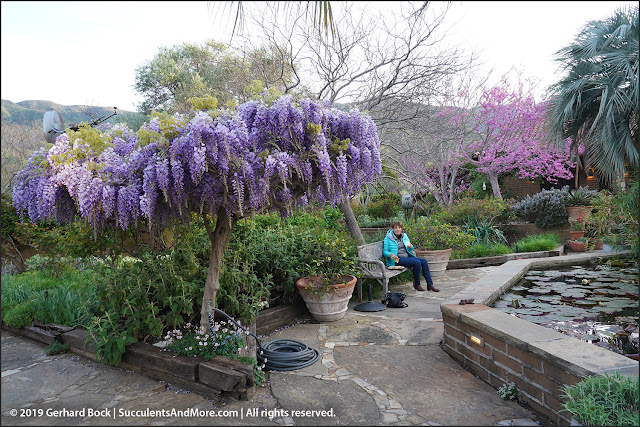 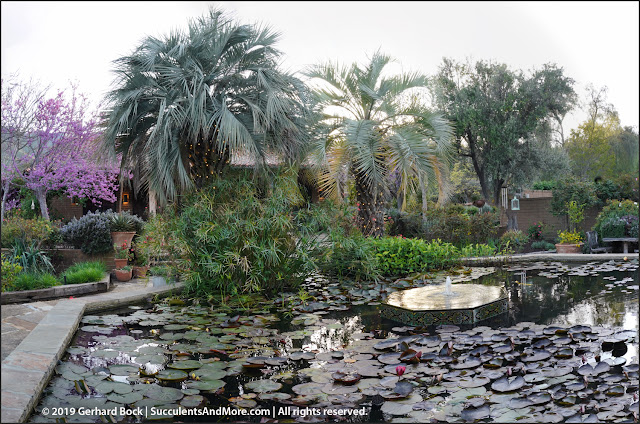 I was hoping to find out more about the history of this extraordinary property, and the evolution of the succulent garden, but it's still shrouded it mystery to me. Other than thanking her for her hospitality, I didn't have a chance to talk to the homeowner, but it's clear she's a powerhouse with a ton of energy and passion. And a vision of what she wants her garden to be.

After dark, we were invited into the house. A fire was roaring in the massive stone fireplace, and the sofas in front of it were so comfortable, I didn't want to get up again. But we did have to leave eventually. On the way back to the car, we were blown away by how many stars were visible. It's easy to forget how much we miss out on because of light pollution. Seeing the night sky in all its glory was a climatic end to an unforgettable day. 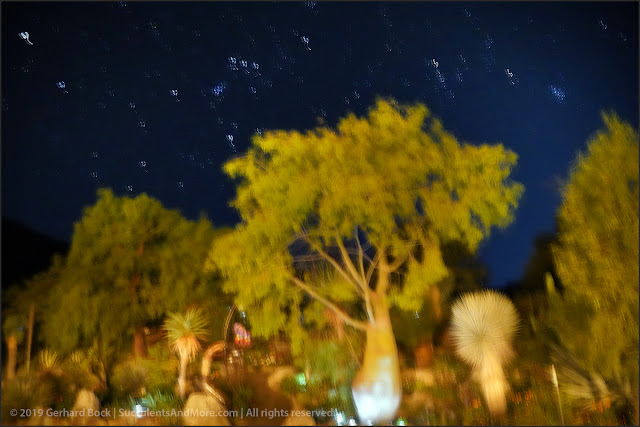 Do you want to see more? Loree is writing about St Francis Ranch today, too. Since we visited together, we thought it would be fun to see how we each approached the garden, what things we both took photos of, and what stood out to us personally. Click on over to danger garden to check out her post!

© Gerhard Bock, 2019. All rights reserved. No part of the materials available through www.succulentsandmore.com may be copied, photocopied, reproduced, translated or reduced to any electronic medium or machine-readable form, in whole or in part, without prior written consent of Gerhard Bock. Any other reproduction in any form without the permission of Gerhard Bock is prohibited. All materials contained on this site are protected by  United States and international copyright law and may not be reproduced, distributed, transmitted, displayed, published or broadcast without the prior written permission of Gerhard Bock. If you are reading this post on a website other than www.succulentsandmore.com, please be advised that that site is using my content without my permission. Any unauthorized use will be reported.
2019 Bromeliad Summit agaves aloes California native private garden Santa Barbara Southern California spring flowers
Location: Santa Barbara, CA, USA