- April 09, 2019
Last weekend was very special. Loree "danger garden" Bohl came down from Portland, OR on Thursday for four action- and fun-packed days. We hung out in Davis and visited the Ruth Bancroft Garden in Walnut Creek, which would have been a treat in and of itself. But there was a lot more in store: We went on a road trip to Santa Barbara for the 2019 Bromeliad Summit organized by Jeff Chemnick of Aloes in Wonderland. Just imagine two spiky-plant nerds joining 60+ like-minded folks for a jam-packed weekend of presentations and visits to public and private gardens and even an air plant nursery!

The opening reception for the Bromeliad Summit was held at Aloes in Wonderland, Jeff Chemnick's 5-acre garden paradise in the Santa Barbara hills. Yes, it's a private garden, but it's an also a nursery where (almost) everything you see is for sale. A shovel is provided free of charge, but backhoe or crane use is extra. I'm not kidding about the later—you'll see what I mean in my upcoming post about Aloes in Wonderland.

Jeff's driveway and front porch were more than large enough to accommodate the 50+ people in attendance at the reception.

Here's a tantalizing glimpse of the garden. It extends down the slope and beyond. The panoramic view of the hills isn't too shabby either! Look for a lot more photos soon.

We spent all day Saturday at Lotusland, arguably one of the most beautiful gardens in the world. All presentations (three in the morning, and three in the afternoon) were held in the Sunken Room in the main residence:

We had access to the garden all day. Loree and I snuck out between presentations for quick photos around the house and used most of the 2-hour lunch break to explore as much of the 37-acre estate as we could.

After an unforgettable day at Lotusland, we headed out into the country for dinner at a 3,000-acre ranch in the Santa Ynez Valley.

Since space is not an issue on such a large property, the garden isn't bound by conventional size limitations. In fact, it was the largest private garden I'd ever visited. No expense was spared to create a naturalistic hardscape and to populate it with a wide range of plants from the Americas, South Africa and Australia. Many of them, especially the aloes and Queensland bottle trees (Brachychiton rupestris) came from Aloes in Wonderland. Click here to read my post. 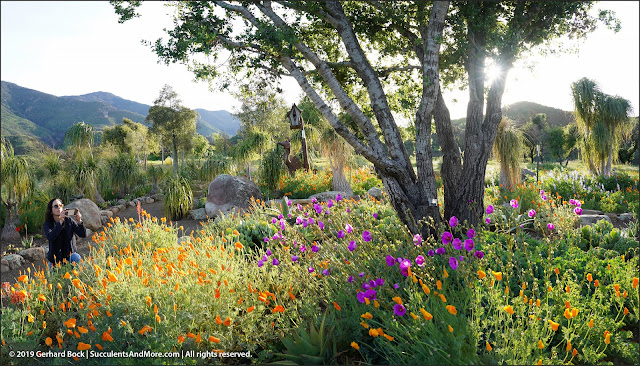 Sunday began with breakfast and a silent auction at San Marcos Growers. Their website is my go-to resource for plant hardiness and cultivation information, and I have many of their plants growing in my garden. However, since San Marcos is a wholesale grower, I had never been able to visit. I walked all over the nursery grounds and will have a separate post with photos. 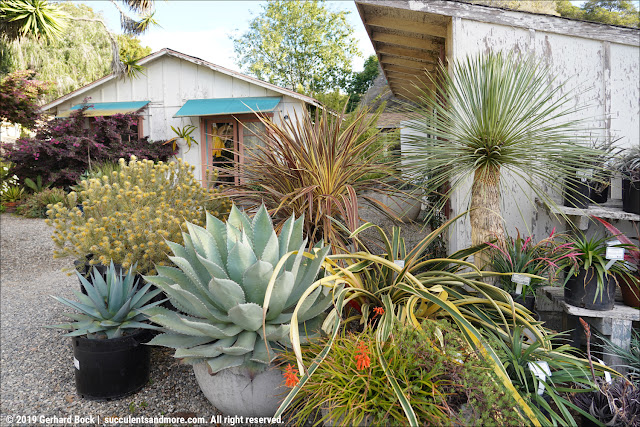 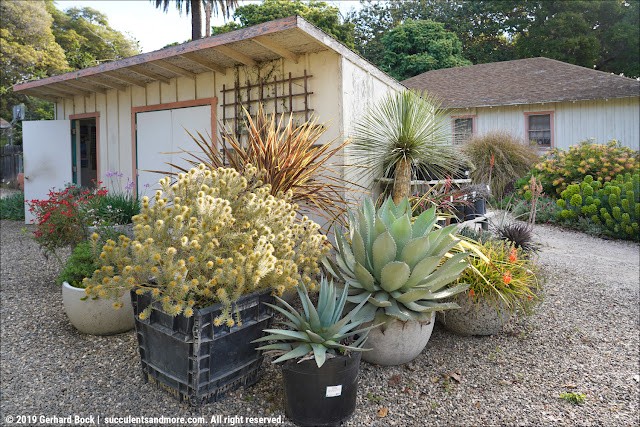 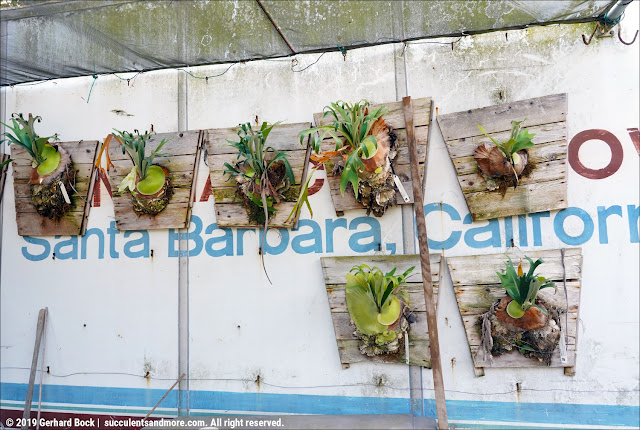 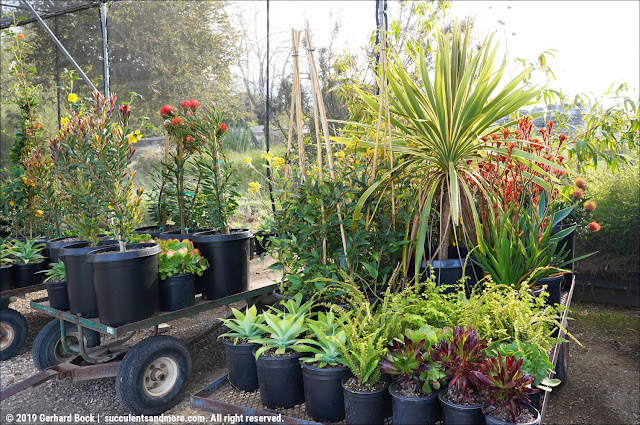 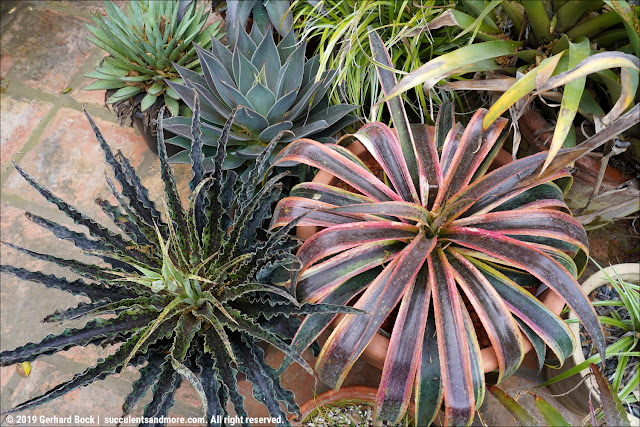 The silent auction featured a large number of plants—mostly bromeliads but also aloes, agaves and other collector plants. They had been donated by Summit attendants and sponsors, including San Marcos Growers, Lotusland, and the Huntington. The proceeds will help cover the costs of this Summit, with the rest going towards future Summits. 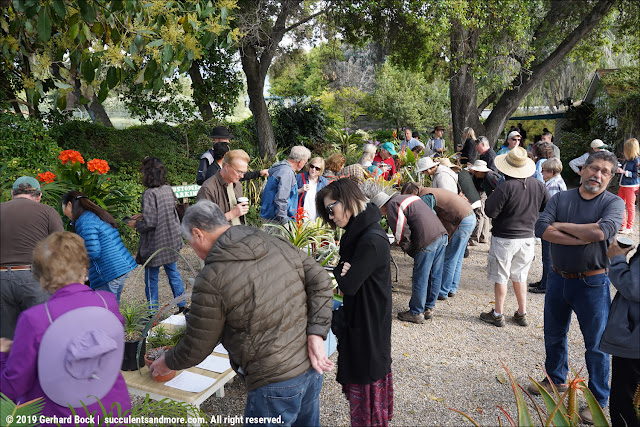 The next stop was the garden of collector John Bleck. It was filled with goodies like this: 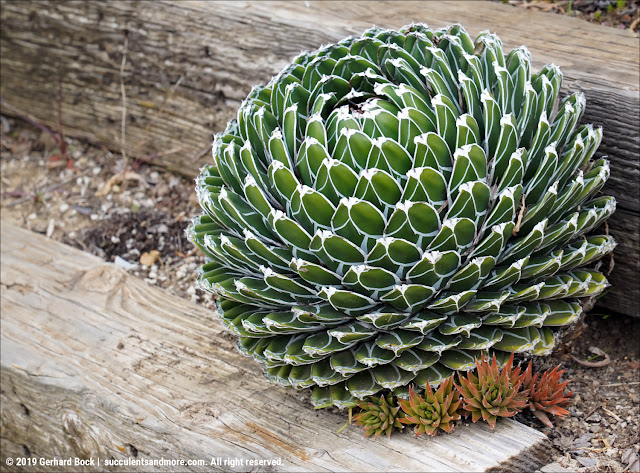 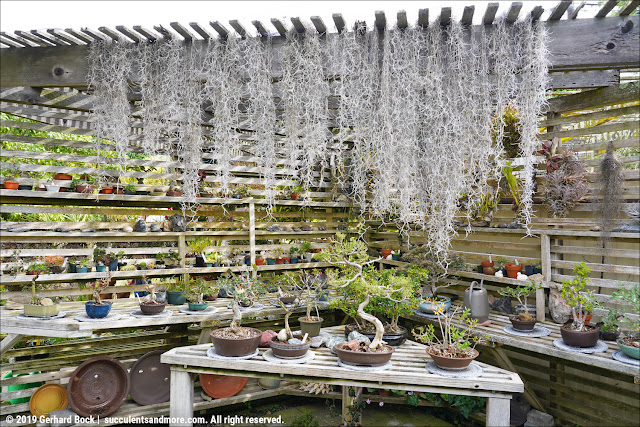 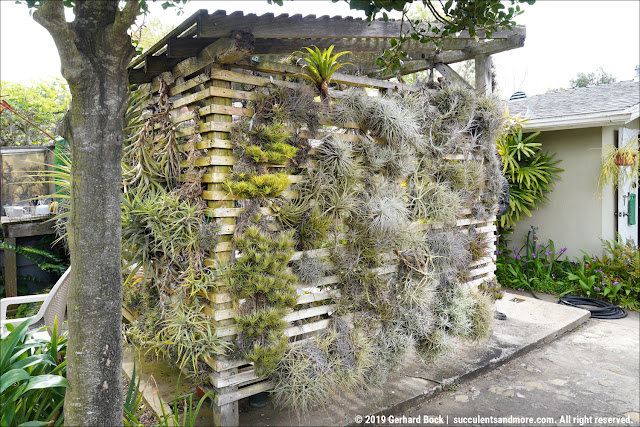 The final garden of the Summit was a 10-acre estate in Montecito not far from Lotusland. Landscape architect Derrik Eichelberger provided a history of the garden as he led us through the expansive grounds. Money was clearly no object here. The result is impressive, but I found it hard to connect to the garden on an emotional level. If anything, it felt quite corporate—like a high-end resort. 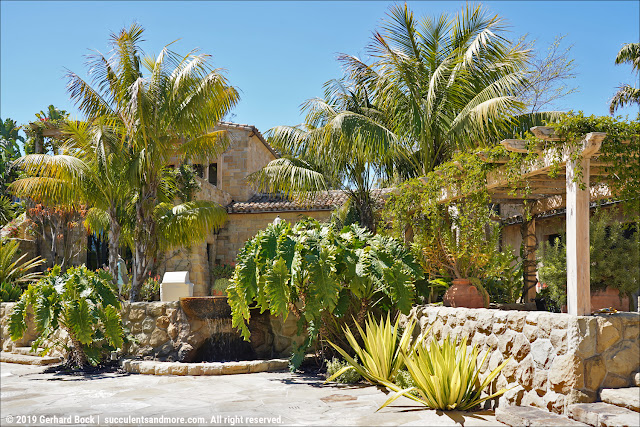 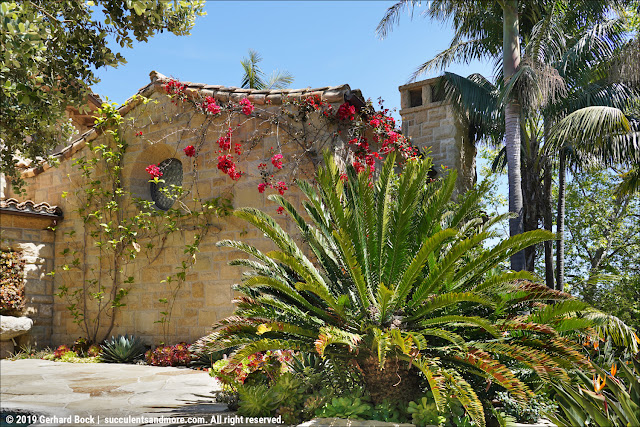 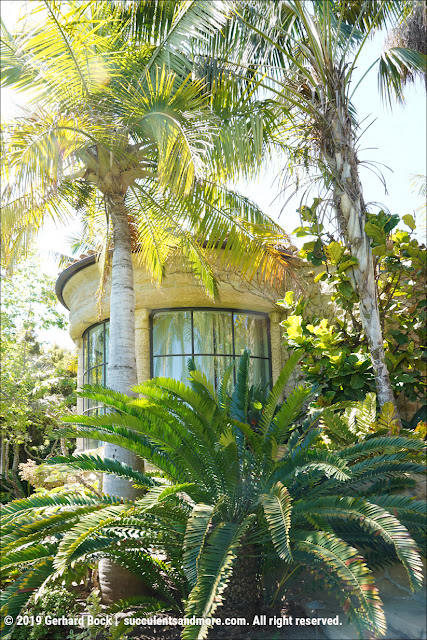 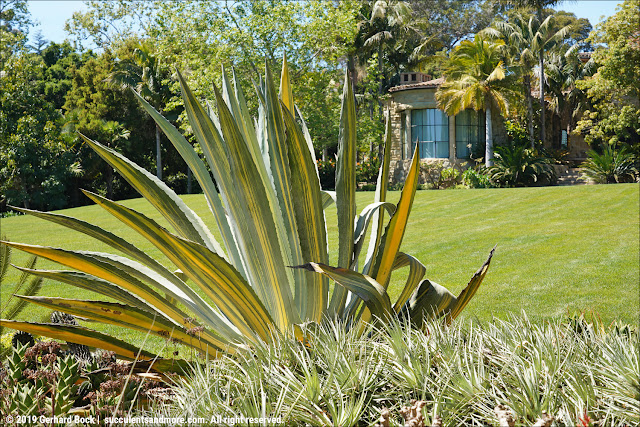 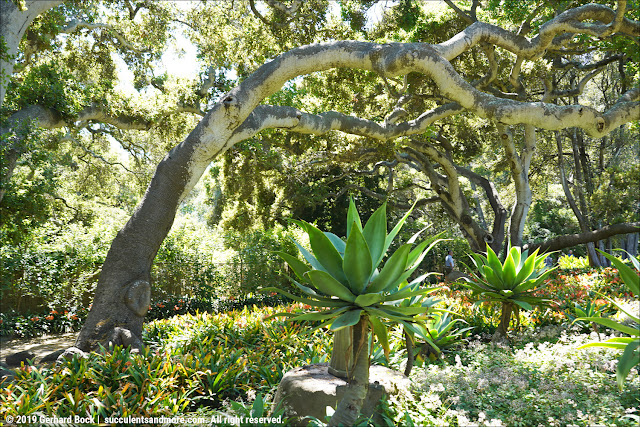 By this point Loree and I were close to sensory overload, but we had one final official stop: Air Plant Alchemy in Carpinteria. It's primarily a wholesale nursery specializing in tillandsias and orchids, but they do have a retail outlet in one of their greenhouses.

We not only had the opportunity to shop, we were also given a tour of the tillandsia propagation greenhouses: 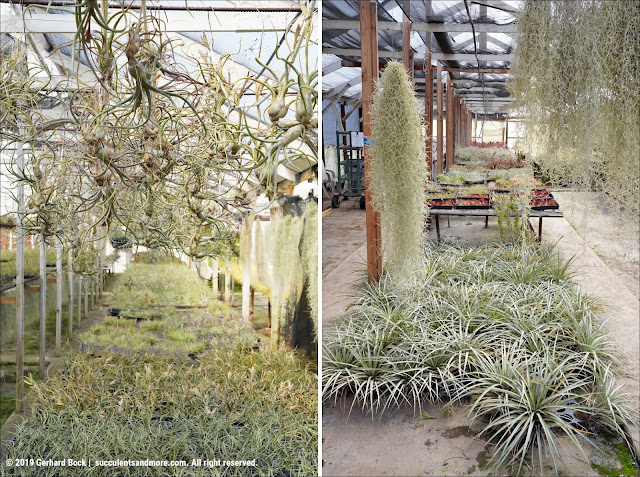 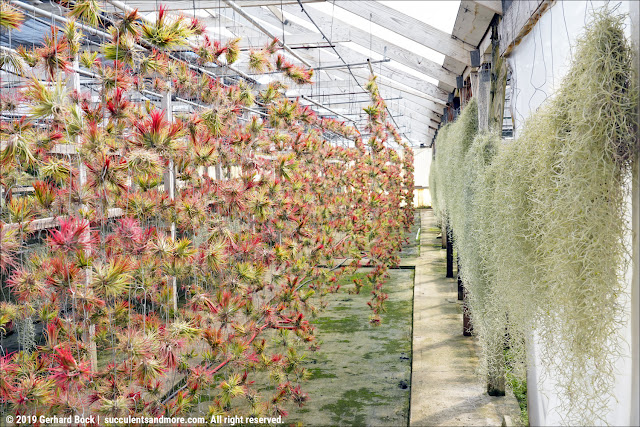 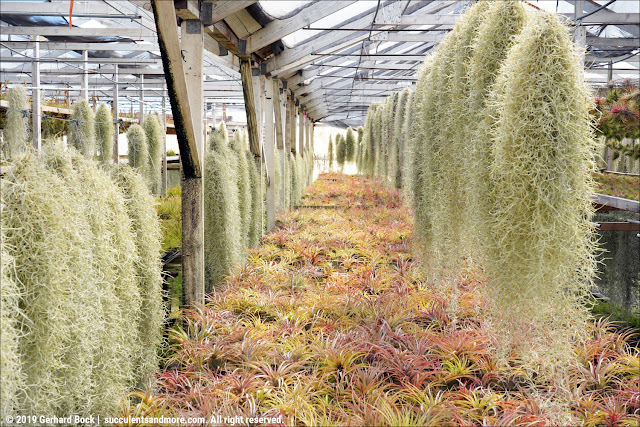 As you can see in the photos above, there are thousands—if not tens of thousands—of tillandsias. A sight I won't soon forget!

Even though it was already past 3 pm and we still had a 6½ hour drive ahead of us, we couldn't resist stopping at Sal's Cactus Mart in Fillmore. Loree had discovered it a number of years ago but it had always been closed when she tried to check it out. Not so on Sunday: It was open and full of reasonably priced goodies. A very large hechtia literally bursting out of its 5-gallon container hitched a ride home with us.

I took hundreds of photos and will have plenty of material for a series of posts. Look for them soon.


© Gerhard Bock, 2019. All rights reserved. No part of the materials available through www.succulentsandmore.com may be copied, photocopied, reproduced, translated or reduced to any electronic medium or machine-readable form, in whole or in part, without prior written consent of Gerhard Bock. Any other reproduction in any form without the permission of Gerhard Bock is prohibited. All materials contained on this site are protected by  United States and international copyright law and may not be reproduced, distributed, transmitted, displayed, published or broadcast without the prior written permission of Gerhard Bock. If you are reading this post on a website other than www.succulentsandmore.com, please be advised that that site is using my content without my permission. Any unauthorized use will be reported.
2019 Bromeliad Summit agaves aloes bromeliads Santa Barbara Southern California terrestrial bromeliads tillandsias
Location: Santa Barbara, CA, USA