- April 18, 2019
The 2019 Bromeliad Summit in Santa Barbara was a two-day extravaganza the likes of which I probably won't see again for a while. A personal highlight was breakfast at San Marcos Growers, a wholesale nursery specializing in “plants appropriate to California's mediterranean climate, including many California native plants, as well as vines, trees, shrubs, ferns, perennials, succulents, ornamental grasses and grass-like plants from other areas around the world.” [1]

San Marcos Growers isn't open to the public, but their plants are carried by retail nurseries across California and in the Pacific Northwest. Over the years, I've bought many of their plants at the Ruth Bancroft Garden nursery and Peacock Horticultural Nursery. More recently, I've been able to get SMG plants via a friend so I've been able to indulge.

San Marcos Growers is named after San Marcos Road, the location of the nursery. For a long while I was confused because there's also a town named San Marcos, but it's much further south in San Diego County.

The nursery was started in 1979 by retired businessman Jim Hodges and City of Santa Barbara arborist David Gress on a 6-acre lot. Over time, adjoining properties were purchased, and today SMG has 21 acres in production, with 2 additional acres of cutting and demonstration gardens.


To many of us, San Marcos Growers is synonymous with Randy Baldwin. He was hired in 1981 as production manager, became general manager in 1990, and is part owner of the company today. Arguably one of the biggest stars in the plant world in California. Randy has been a pioneer in the popularization of plants appropriate for our Mediterranean climate, including many South African and Australian plants that hadn't been seen in California gardens before. This interview with Randy Baldwin, which was posted on the State of California's CA GROWN blog on February 17, 2017, is a great introduction to what Randy does and what his interests are. It's a fast and informative read, and I highly recommend it.

Along with everything else, Randy also writes the descriptions for the plant database on the SMG web site. It's usually the first resource I go when I try to find out more about a specific plant. In addition to the specs you expect in a plant description, Randy gives valuable hardiness information and, with hybrids and cultivars, often sheds light on the plant's origin. Without the SMG database, I'd be lost, and that's no lie.


Back to the Bromeliad Summit. Between breakfast, the silent auction, and the many opportunities to socialize, there wasn't as much time to explore SMG as I would have liked. But that's how it always is.

The first group of photos below were taken near the office. Eventually, Loree and I went a bit farther afield and checked out the container production area, especially the succulents. We were the only ones there.

As you can imagine, the desire to take home plants was strong. Unfortunately, with all the Summit-related hubbub going on, SMG wasn't able to accommodate those of us who wanted to do some shopping. I'll be honest, I was a bit disappointed, but I understood. Heck, SMG had already gone all out to serve as a great breakfast complete with pastries as well as a bagels, cream cheese and smoked salmon!


One thing to bear in mind as you look at these photos: San Marcos Growers is a working production nursery. Since there are no walk-in retail customers, there's no need for pretty trappings like artfully arranged plants, shiny containers, clever gadgets and the assorted other doodads you expect to find in a retail environment. SMG's customers are other nurseries as well as landscapers and landscape designers. They're there to buy plants and don't mind if things aren't super fancy.

In the photos below, where I was able to identify a plant, I've added a link to the corresponding entry in the SMG plant database. Do click a few of these links to see what useful information is out there for anybody to use. 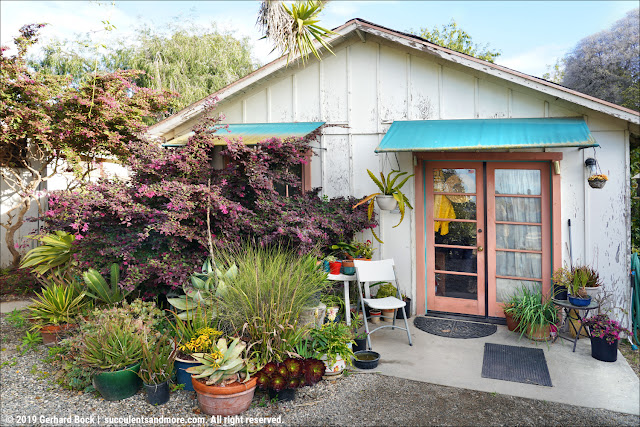 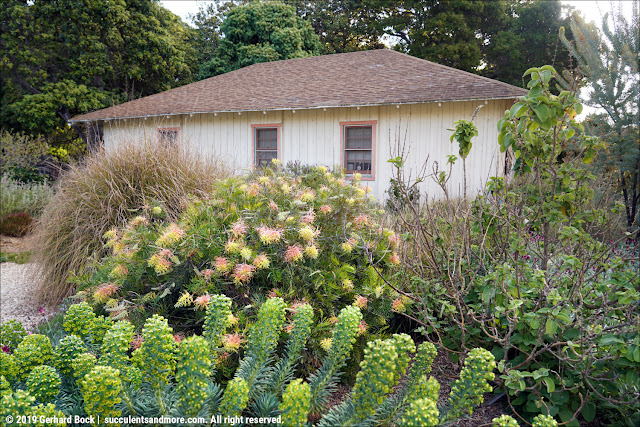 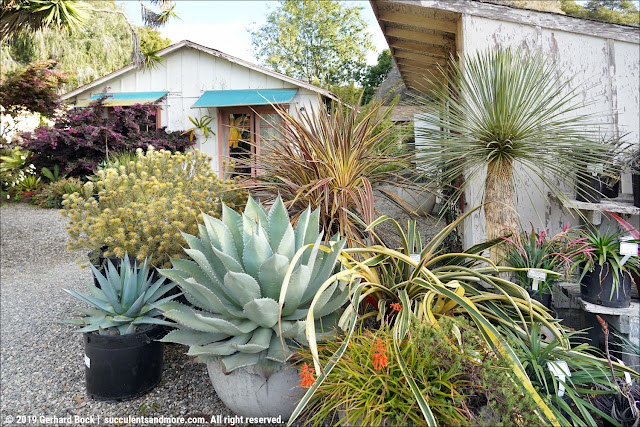 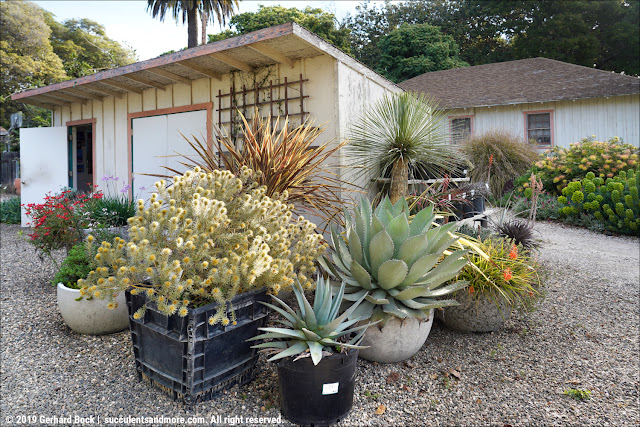 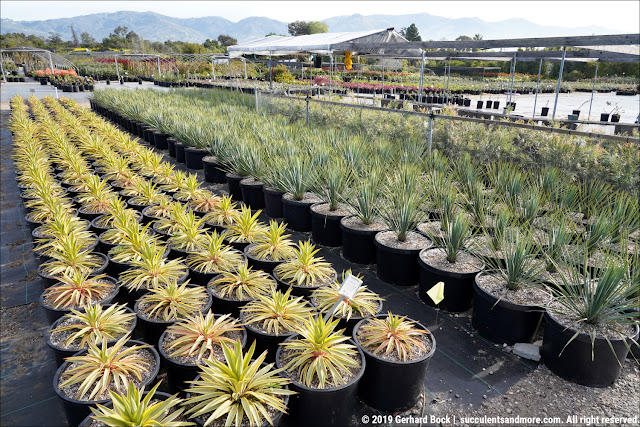 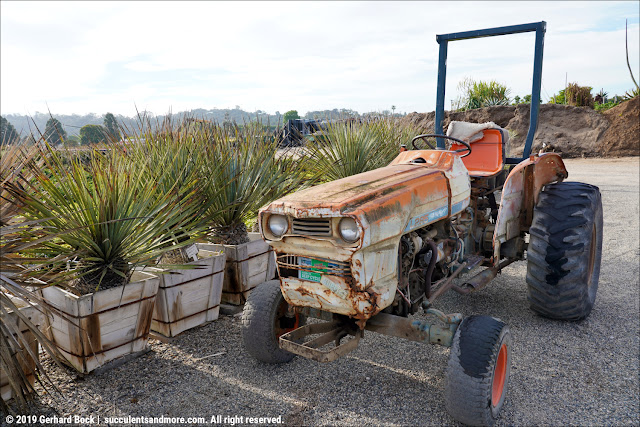 So there you have it. You may be as overwhelmed as I was and yet even more enthusiastic than before about the many cool plants San Marcos Growers produces. If you're a succulent fan, their aloe and agave offerings are of particular interest. Because of their deep ties in the plant community, SMG has access to seeds and plant material that may not be available through other channels. At the same time, exciting hybrids or sports continue to be found right in the SMG growing grounds.

If you are reading this post on a website other than www.succulentsandmore.com, please be advised that that site is using my content without my permission. Please report such unlawful use to me at gerhard[AT]succulentsandmore[DOT]com. Thank you!