Beauty can be a heavy burden—just ask this cactus

- June 06, 2018
It's that time of year when the echinopsis in the front yard go into flower. We only have a few, but they're still quite a sight.

In the past, the flowers opened successively, prolonging the show (each flower lasts only a day, two at the most). This year, though, this Johnson's hybrid has six (!) flowers open at the same time: 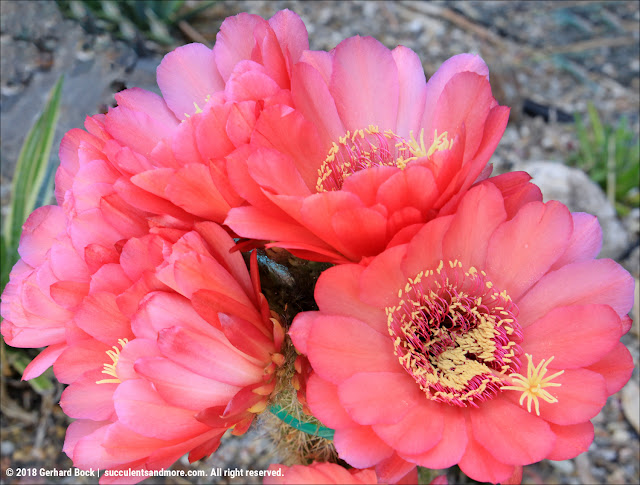 It's a stunning spectacle!


However, something is not quite right with the perspective: 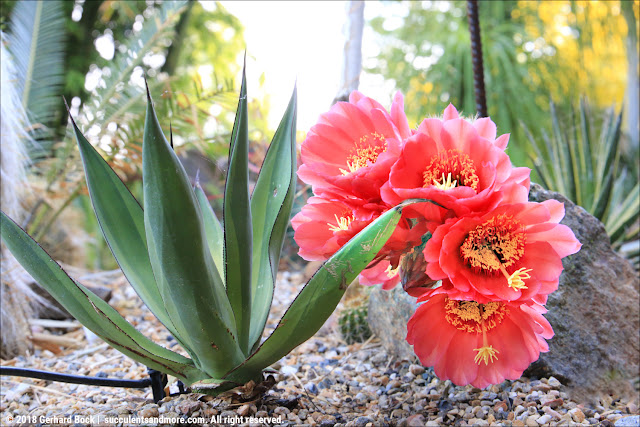 Because of all these large flowers, the stem got top-heavy. And because of gravity, that irksome force of nature, this is what happened: 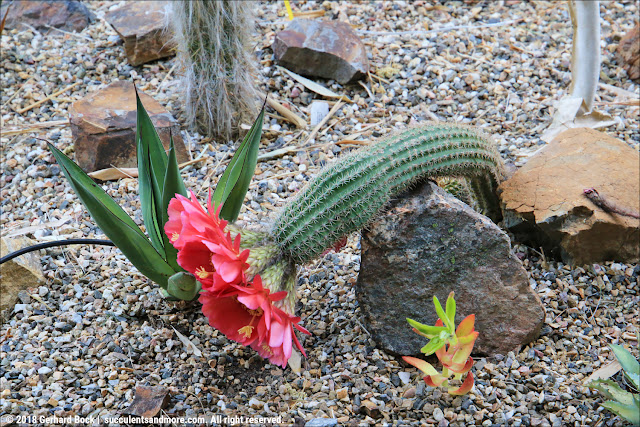 All this beauty is—literally—too much to bear. 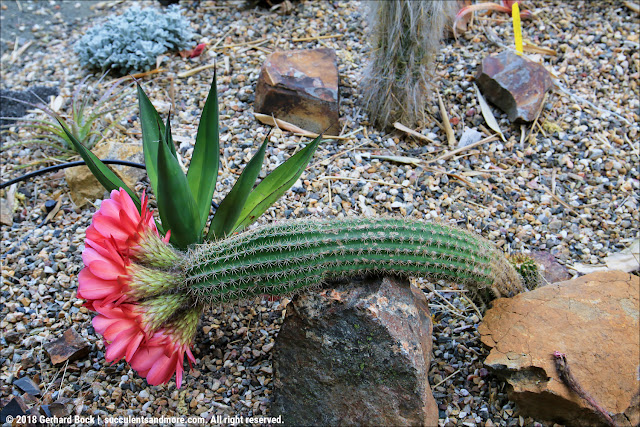 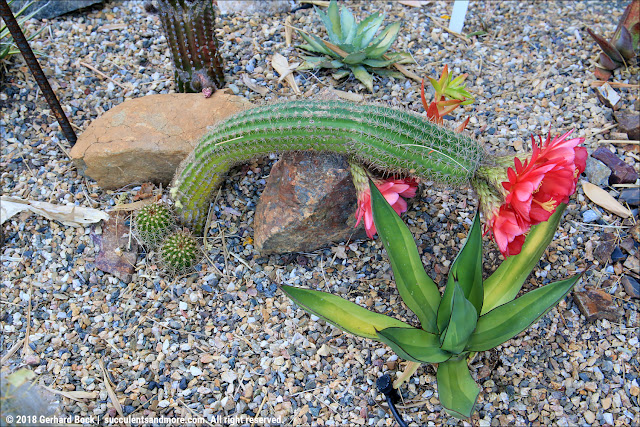 This particular cactus has seen its share of abuse by yours truly. It was stuck in a shallow bowl for a number of years. It got watered very sporadically, causing it to grow in fits and starts instead of evenly. After I put it in the ground, it bulked up quite quickly. As a result, all the new growth is beefier, and hence heavier, than the relatively thin growth at the base. Scarring from earlier sun damage probably doesn't help. 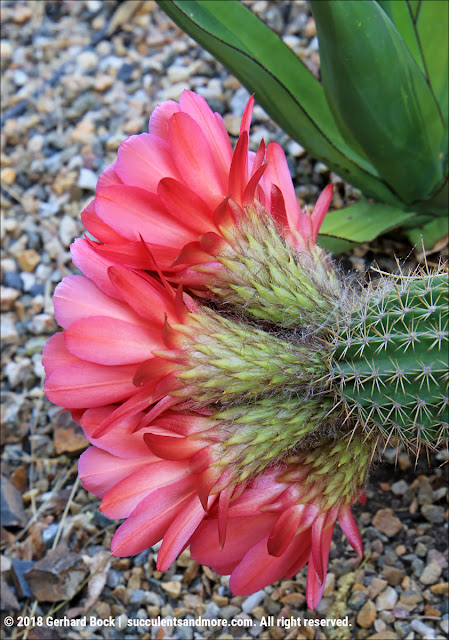 For now, I've tied it to a rebar stake nearby: 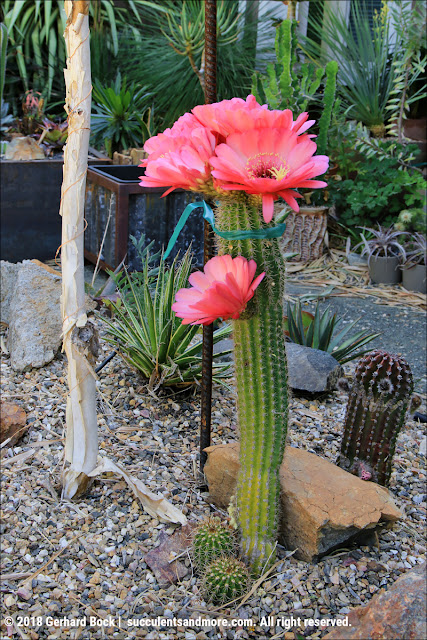 I'll leave it like this for a few weeks to see if it can hold itself upright after the flowers have dropped off. If not, I'll simply cut off the stem above the first stricture (level with the top of the rock in the photo above) and replant it.