- June 17, 2018
I've seen quite a few front yard conversions in recent years, driven by the historic drought as much as turf replacement rebates from local water districts and the State of California. But few conversions have been as complete and as successful as what my friend Brian has achieved at this home in Concord.

Brian has gone from the quintessential suburban front yard—a rarely used expanse of front lawn and some shrubbery along the sidewalk and driveway—to a garden bursting with beauty and life: All the pollinators for whom the previous incarnation was a wasteland now have a smorgasbord that is as never-ending as the California sun. In addition, Brian's water consumption has dropped to a fraction of what it had been before. I don't think you could do much better than that.


Here's a before and after: 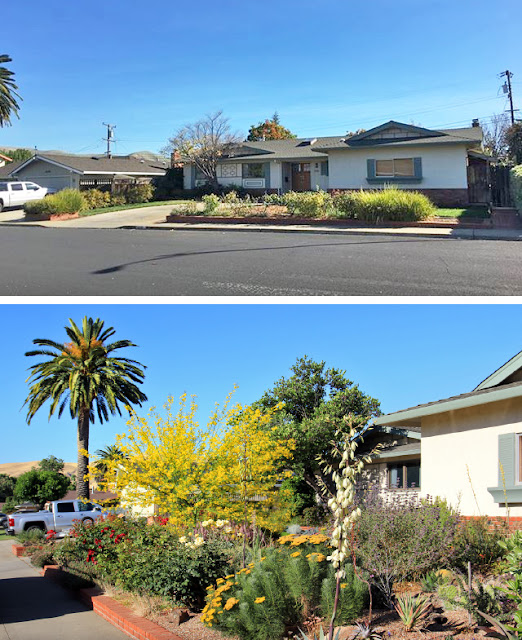 I parked right next to this flowering yucca, most likely an intergrade between Yucca pallida and Yucca rupicola: 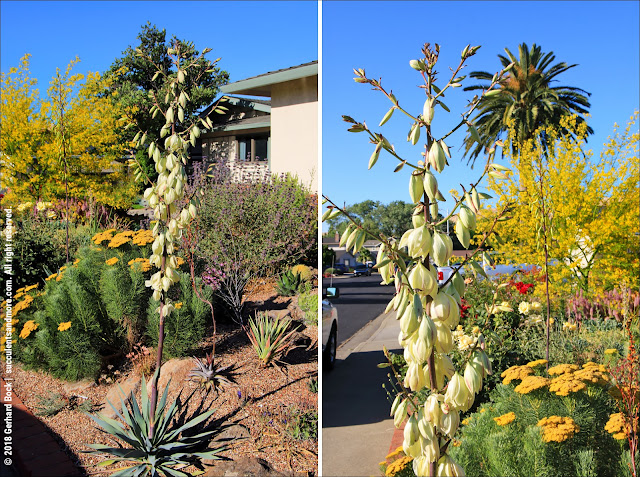 The curving walkway creates two distinct areas, providing closer-up views of the wide variety of succulents Brian has planted (including many cactus): 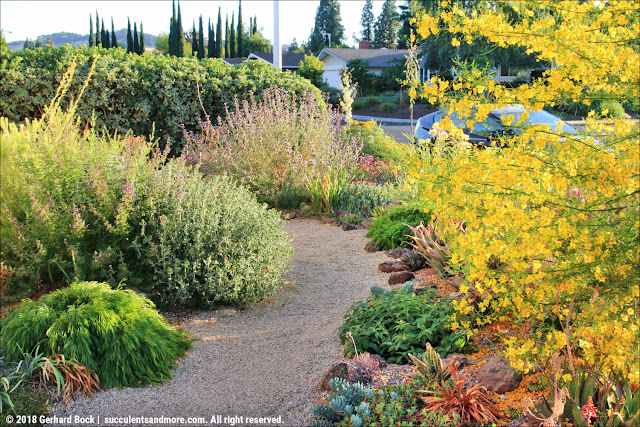 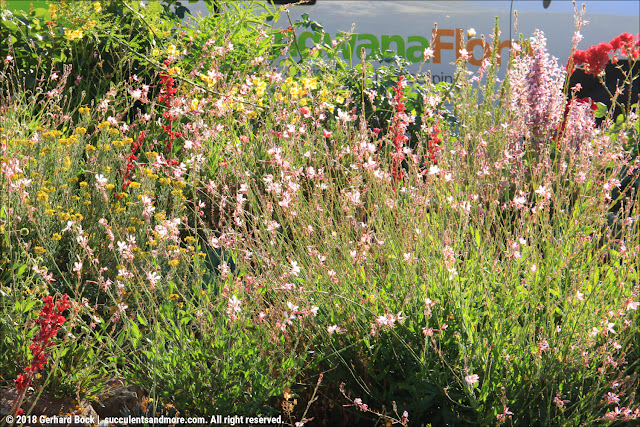 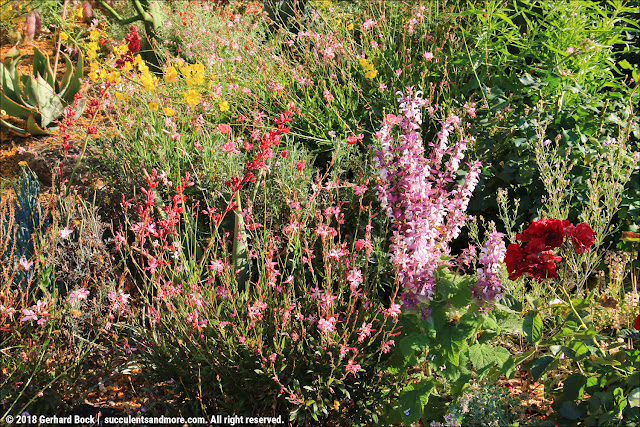 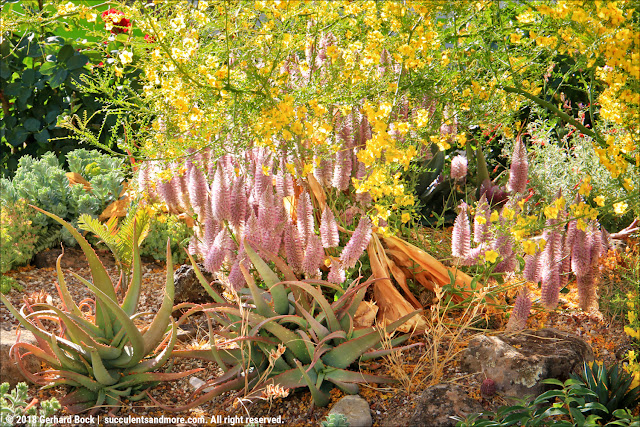 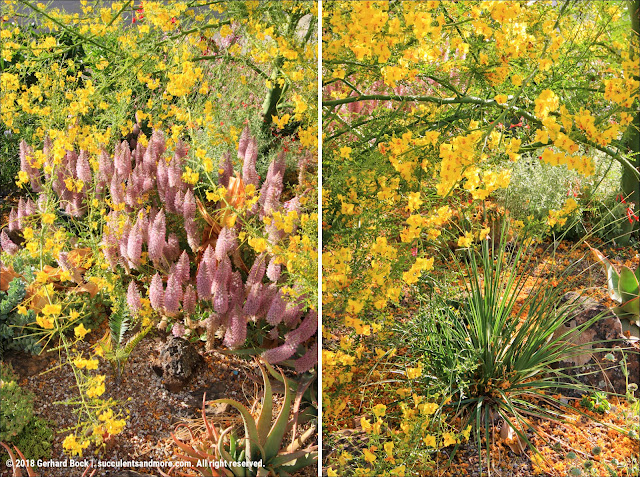 All the photos above are of the area that used to be the main lawn. The photos below are of the strip on the far side of the driveway, which used to be lawn as well. 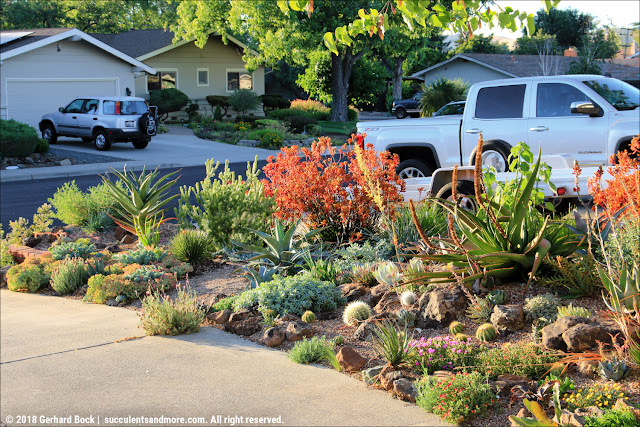 The main source of color in this area is from a row of kangaroo paws (Anigozanthos 'Amber Velvet'): 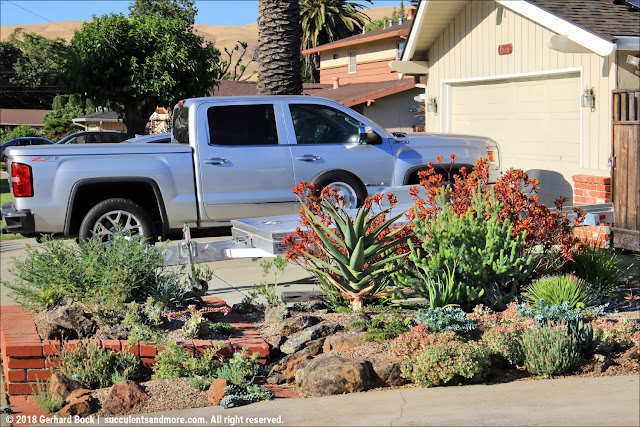 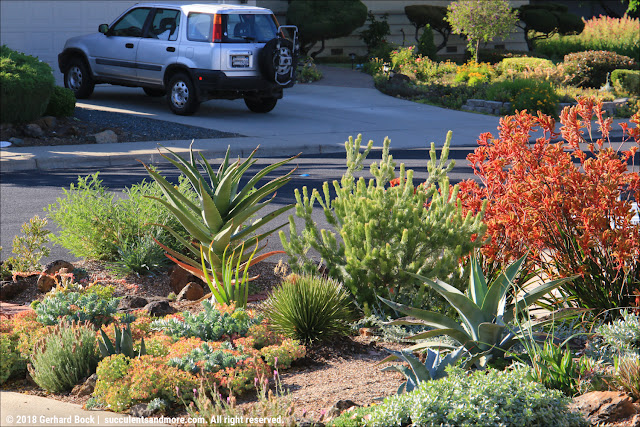 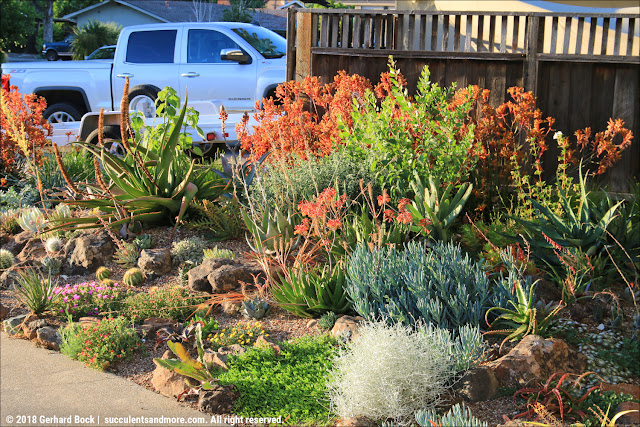 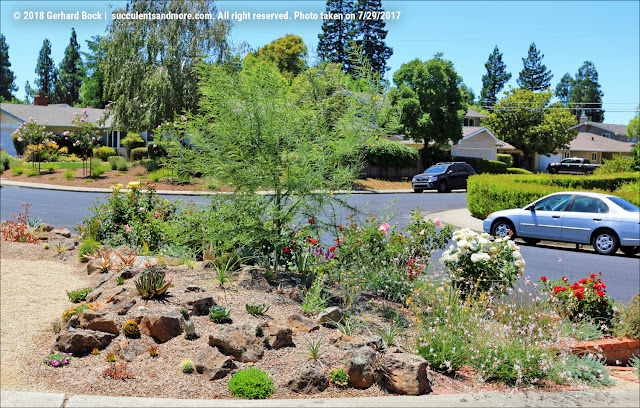 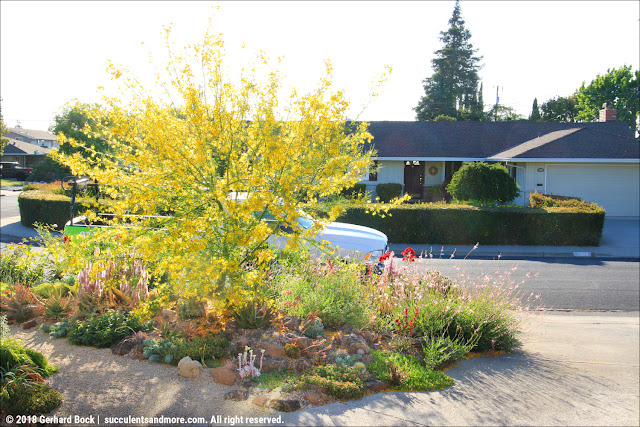 The amount of growth is astounding!

Google is always good for "before" images; here are a few from April 2015: 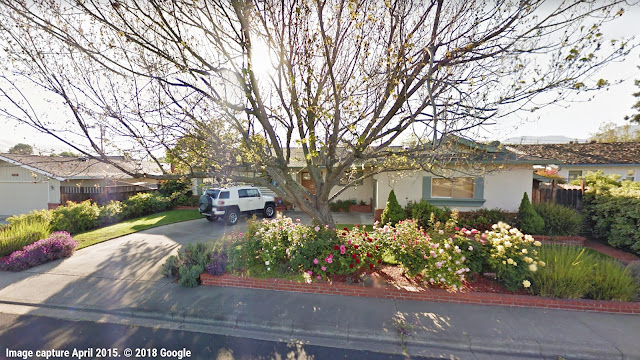 These pictures vividly illustrate the transformation that has taken place. 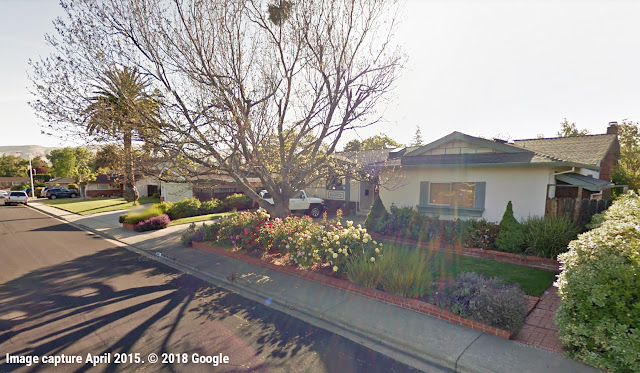 The conversion project started in November 2016. The "bones" were completed by late spring 2017, but the tweaking has been ongoing.

Brian's main source of inspiration was the Ruth Bancroft Garden where he works as a volunteer several times a week. Many plants came from the Ruth Bancroft Garden nursery; others were castoffs from the garden itself. Other plant sources include area nurseries like Markham Nature Park and Arboretum in Concord and Annie's Annuals in Richmond as well as mail-order nurseries like Arid Lands and Miles' To Go.

With our own front-yard conversion still fresh in my mind, I have a fairly good idea of how much work has gone into this project. Ryan Penn, the horticulturist at the Ruth Bancroft Garden, and Troy McGregor of Gondwana Flora provided input on design and plant selection, but the back-breaking labor of creating the mounds, placing the rocks (literally tons) and installing the irrigation was largely done by Brian himself. I think Brian has every reason to be proud of what he has accomplished!
Australian plants drought-tolerant front yard conversion landscaping Northern California private garden South African plants succulents water-wise landscaping
Location: Clayton, Kalifornien, USA