- February 24, 2018
In part 1 of this post I showed you the South African Garden at the University of California Santa Cruz Arboretum. Many shrubs from the Proteacea family were in bloom when I visited a couple of weeks ago, including cone bushes (Leucadendron), pin cushions (Leucospermum) and Cape heaths (Erica).

The Australian Garden was even more stunning, as you will see below. I tried hard to edit myself, but this post is still image-heavy. So grab a cuppa and settle in for the duration.

We'll get to the Australian members of the Proteacea family (Grevillea, Banksia and the like) shortly, but the first plant I actually photographed in the Australian Garden was this Eucalyptus caesia, commonly know as silver princess.

Aren't these flowers something?

I toyed with the idea of sorting my pictures from the Australian Garden by genus but that seemed a bit too obsessive-compulsive. Instead, I'll show them roughly in the order I took them. This will give you an idea of how magical it is to walk through this wonderland, not knowing what you'll find around the next bend. 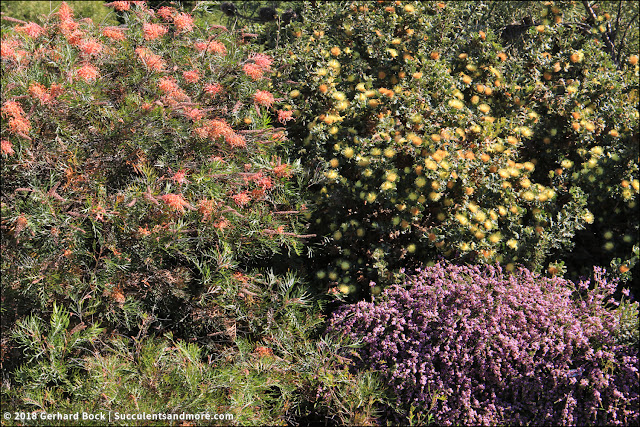 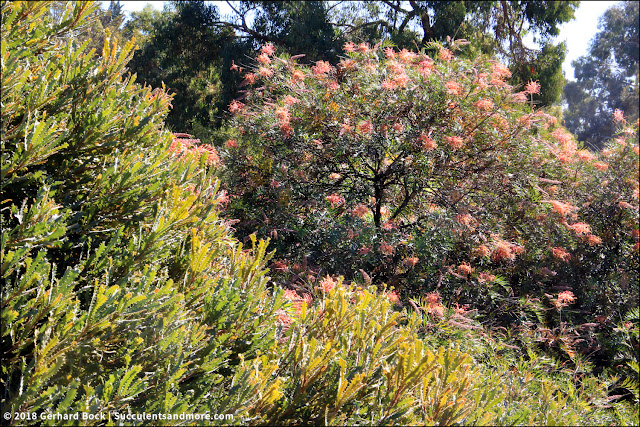 Brian and I ended our visit at Norries, the Arboretum's gift shop. Even though the plant selection was smaller than usual (probably because it's still winter), what they did have was all special. I'd say half, if not more, of their inventory falls in the "buy it now because you may never see it again" category. And I did just that. But that's a topic for another post!