- February 02, 2018
I don't want to get into the habit of ragging on the big-box garden centers all the time because I do buy plants there every now and then (especially from the clearance rack at Lowe's). But I get so mad when I see this: 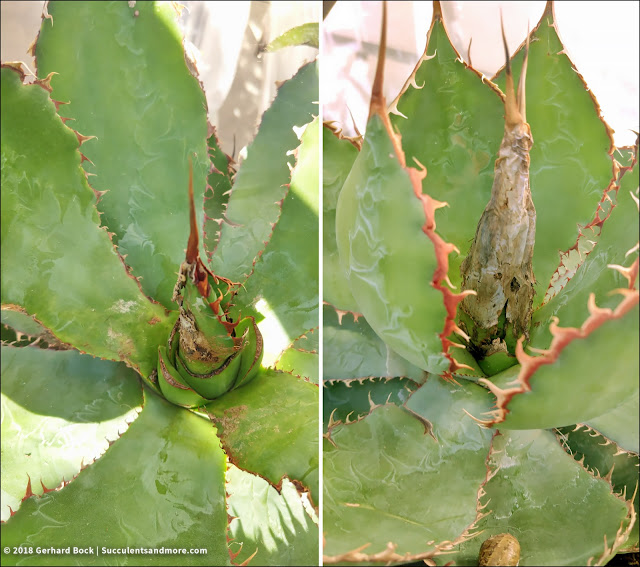 I'm not quite sure what caused this damage although my money is on agave mites. But that's neither here nor there. These plants should simply not be offered for sale.

What makes me even more angry is that the fix is so easy: Just pull the infected plants!

The rest of the succulents were nice—very nice, in fact. There were several healthy Agave bovicornuta (left in the photo below) and a few awesome Agave guadalajarana (right). At least I think they're Agave guadalajarana; the label simply said "Agave, assorted." 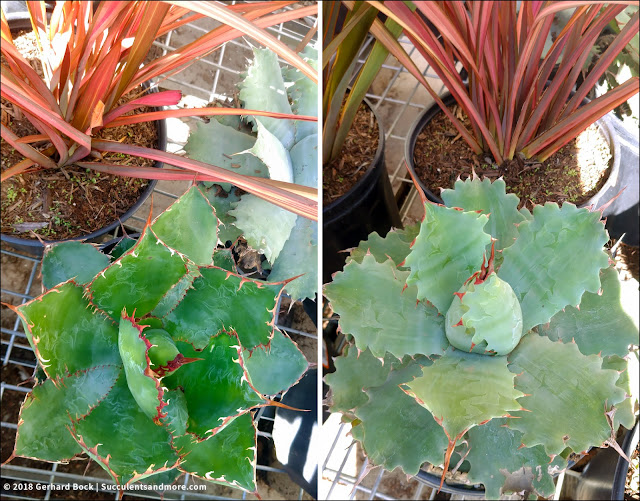 On the left in the next photo, a whole bunch of Agave potatorum, properly labeled. On the right, Agave mitis 'Nova', incorrectly labeled as Agave 'Blue Glow'. The mislabeling is the grower's fault, not the Home Depot's. 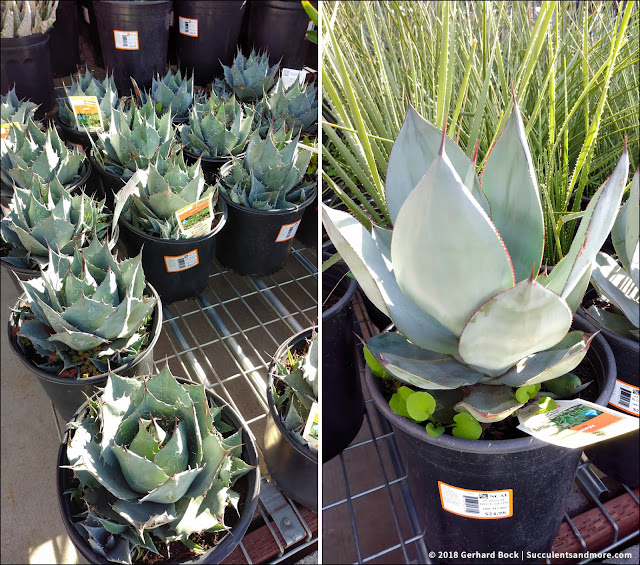 You know that spring is near when plants begin to appear outside the big-box garden centers. Some nice golden barrel cactus in addition to more agaves, aeoniums, and even a Euphorbia mauritanica. 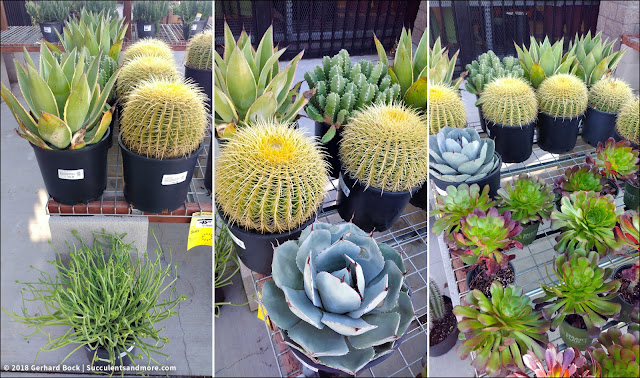 Inside the garden center, some tables were still bare but there were some goodies already, including these two beauties from Australia: fuchsia emu bush (Eremophila glabra 'Kalgoorlie') and blue hibiscus (Alyogyne huegelii). These are perfect plants for our Mediterranean climate. I'm happy to see they've made it into the mass-market nursery trade. 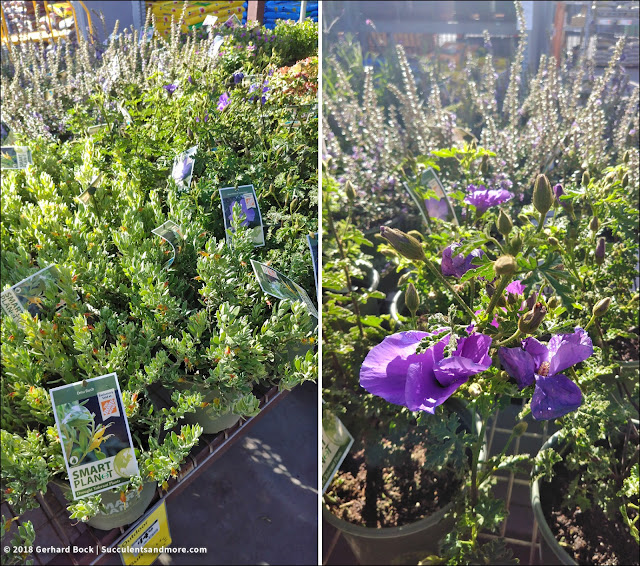 My plea to the Home Depot and other big-box garden centers: Empower your employees to remove damaged or diseased plants from the sales floor instead of hoping some poor sucker of a customer will buy them. Your employees will be happier if they're allowed to take more initiative, and your customers will be more satisfied.

Unfortunately, the situation is a little more complicated than that because the plants typically aren't owned by the Home Depot but by the grower (who essentially rents space to offer their plants for sale). The solution: Hold the growers responsible for the quality of their plants. Make it clear to them that any diseased plants will be removed, no matter who owns them.

I know, I'm being naive thinking things will change. But it's still nice to dream.