- September 05, 2017
After reading my recent posts about the Scottsdale Xeriscape Demonstration Garden and Cavalliere Park, both in Scottsdale, Arizona, you might be reaching Corten and gabion overload. But the place I will show you in this post is so well-designed that I hope you'll stick with me. It's Arizona State University's Polytechnic Campus in Mesa.

The main campus of Arizona State University (ASU) is in Tempe. It's a sprawling site the size of a small town (642 acres). According to Wikipedia, "76,844 students [were] enrolled in at least one class on campus in fall 2016." That's a staggering number!

In addition to the main campus, there are four other campuses in the Phoenix metro area. One of them is the Polytechnic Campus in Mesa. It opened in the fall of 1996 on the grounds of the former William Air Force Base. In 2009, Ten Eyck Landscape Architects helped turn 21 acres in the heart of the campus from a concrete wasteland into what it is today: a lush desert oasis.


The goal of the project was to "transform acres of asphalt, concrete, and river rock into an academic, social and ecological campus hub that embraces and sustains desert life". But the removed materials were not simply discarded, they were reused as much as possible. Concrete paving was repurposed for seating elements, retaining walls and pathways. Existing river rock was used in gabions and for freestanding and retaining walls. Mass plantings of drought-tolerant plants create shade and inviting places for socializing.

This project was so successful that enrollment at the Mesa campus has increased by 20 percent as more and more students are attracted to this very special campus in the Sonoran Desert. In 2012, Ten Eyck Landscape Architects received an Honor Award from the American Society of Landscape Architects for their work.

Christine Ten Eyck's company also designed the Scottsdale Xeriscape Demonstration Garden, and you will see a similar aesthetic in the photos below.


The glass-and-steel architecture of the LEED Gold-certified Academic Complex and Ten Eyck's landscape design are a perfect marriage, not just visually but also ecologically. They're focused on conserving resources, maximizing sustainability, and connecting students and staff to the desert instead of shutting them off from it.

In spite of their scale, I found the outdoor spaces so inviting that I thought I was in somebody's private garden. 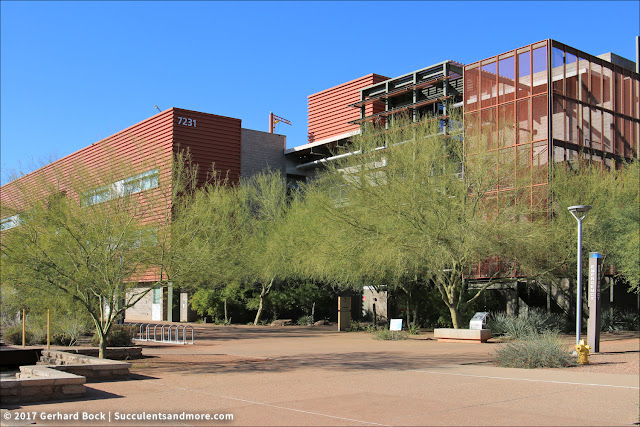 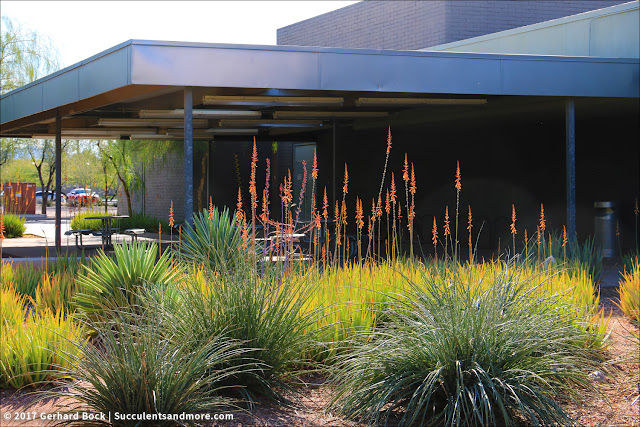 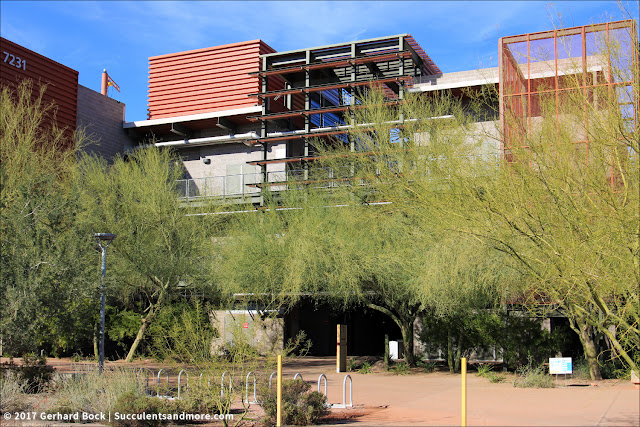 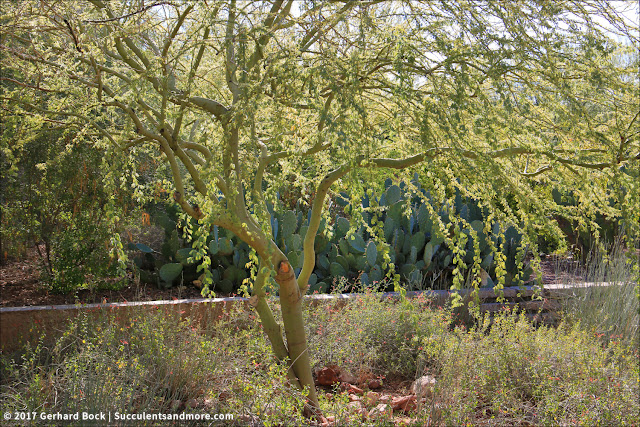 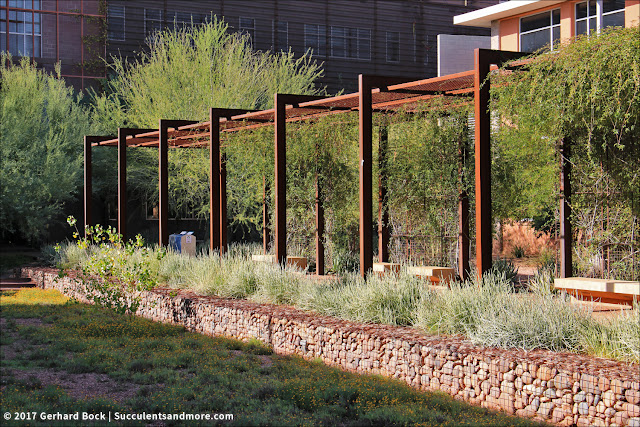 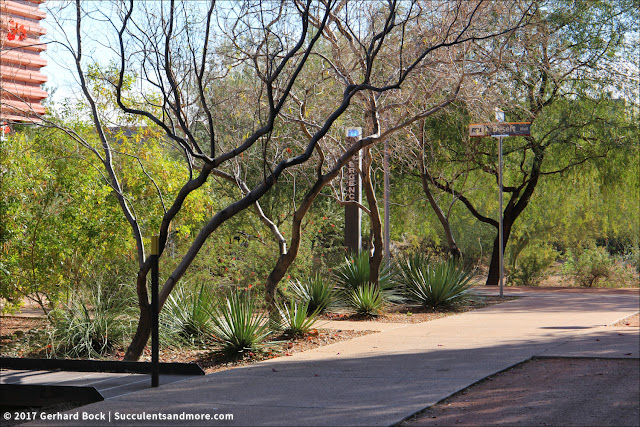 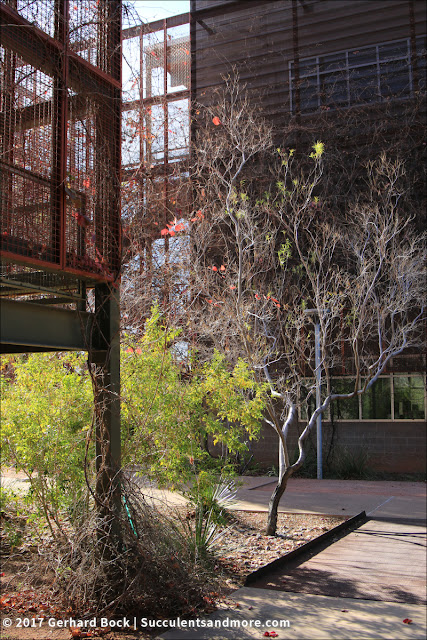 The courtyard in the last set of photos below had mass plantings of Aloe barbadensis and palo blanco (Mariosousa williardiana), an acacia from Sonora, Mexico. It's one of my favorite trees because of its graceful weeping branches and its dramatic white bark that is constantly peeling. The specimens in this courtyard are perfect examples of why I'm so fond of this species. 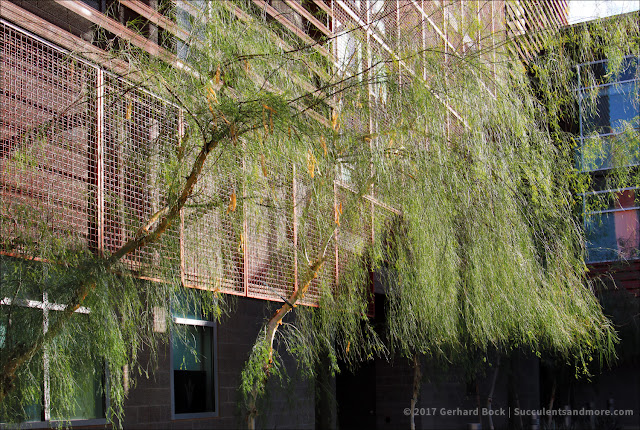 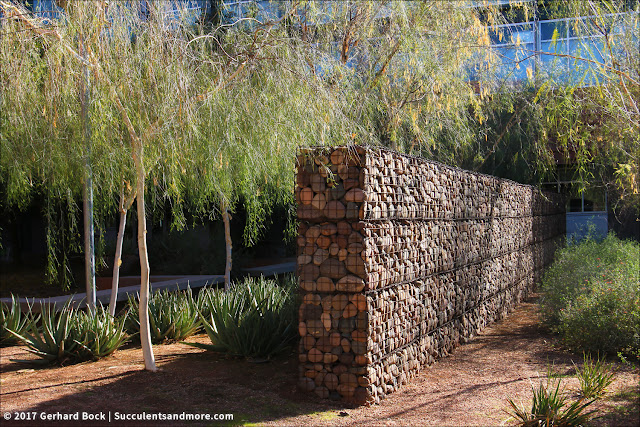 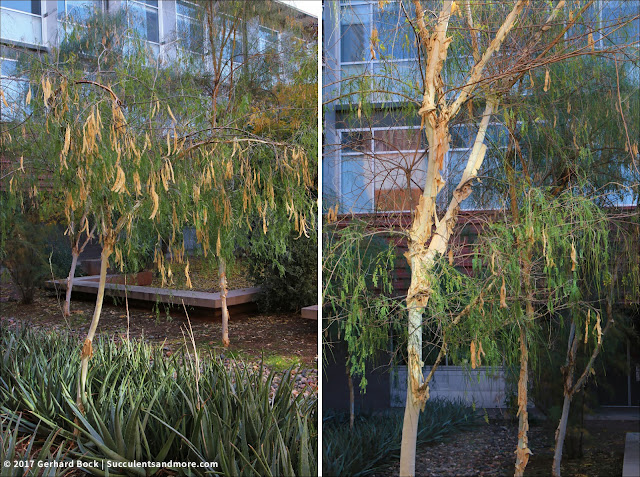 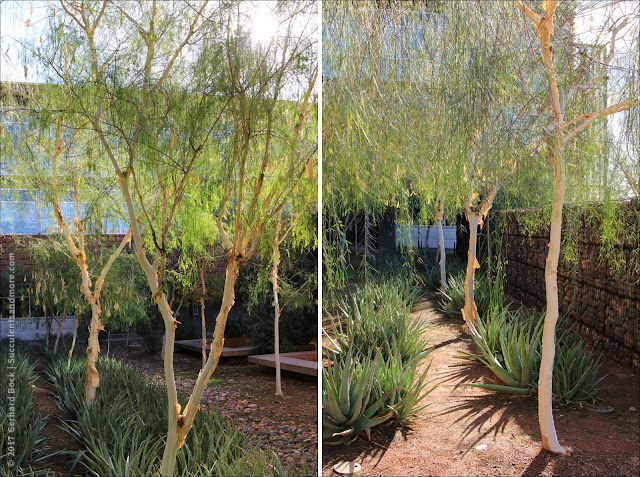 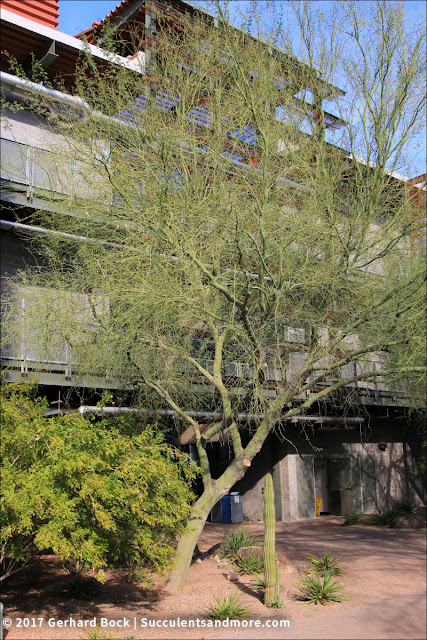 ...and then it was time to hit the road. I had more places to explore!