I visited the Danger Garden (again) and didn't get poked

- September 28, 2017
Loree Bohl is one special woman. Her blog, Danger Garden, was one of the first gardening blogs I started to follow, and it has had a lasting impact on my own garden and my personal plant preferences. But Loree is not just a talented writer and photographer, she's also a truly gifted gardener. If there was a Gardening Hall of Fame, I'd start a campaign to get her inducted.

A couple of weekends ago, I had the pleasure of hanging out in Portland with Loree, Mark and Gaz of Alternative Eden, Sean Hogan of Cistus Nursery, and a bunch of other plant nerds. Needless to say it was a blast, and I came home with a nice assortment of plants.

Since I was staying with Loree, her husband Andrew, and their adorable chug Lila, I had ample opportunity to poke around in the Danger Garden. In this post I'll show you the front garden. In a future post, I'll take you around into the back garden. The two areas are quite different, but they're united by Loree's sharp eye for design. She appears to know instinctively which plants look good next to each other and how to combine seemingly disparate plants in ways that continue to surprise and delight me. Fortunately for all of us, she's a prolific blogger and shares tales from the Danger Garden five times a week.

Loree grows a huge variety of plants from all over the world. Many have sculptural leaves, others produce gorgeous flowers, and yet others have unusual bark or some other characteristic that makes them special. Growing among them all are the spiky rebels that gave the Danger Garden its name. It's no coincidence that the blog's byline is "Careful, you could poke an eye out." While I'm fairly certain that that has never happened, I do know that more than one unsuspecting visitor has lost some blood. 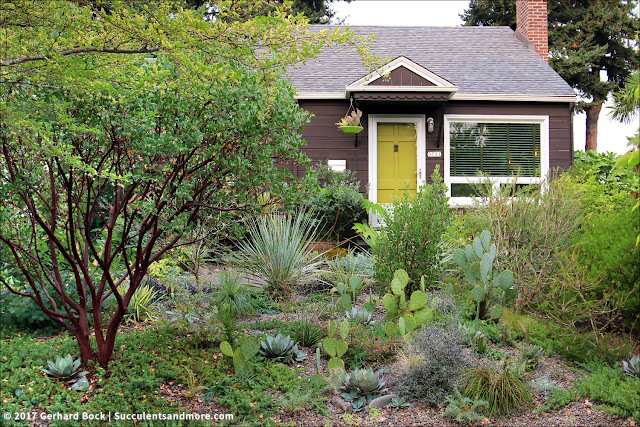 An agave growing under a manzanita? Why not! Loree may have done it first, but I've copied the idea in my own garden.

Large-leafed tetrapanax at the foot of the driveay contrasting with agaves and yuccas in front of the living room window: 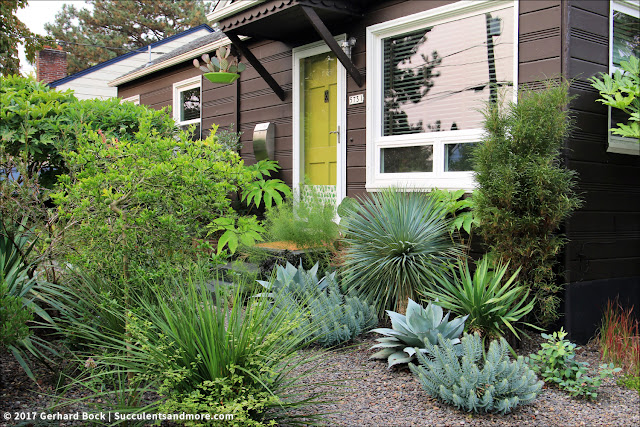 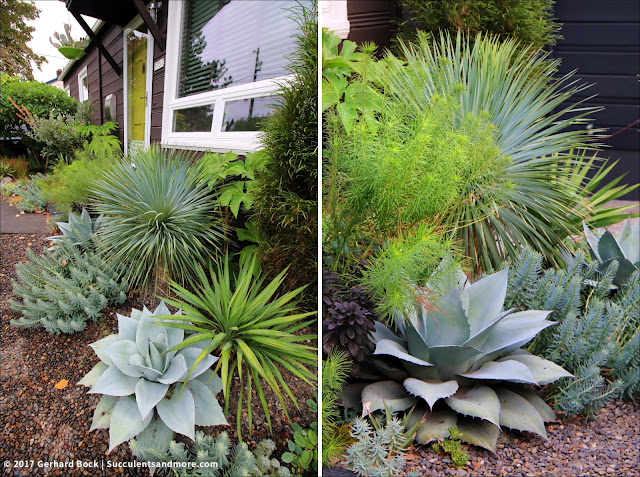 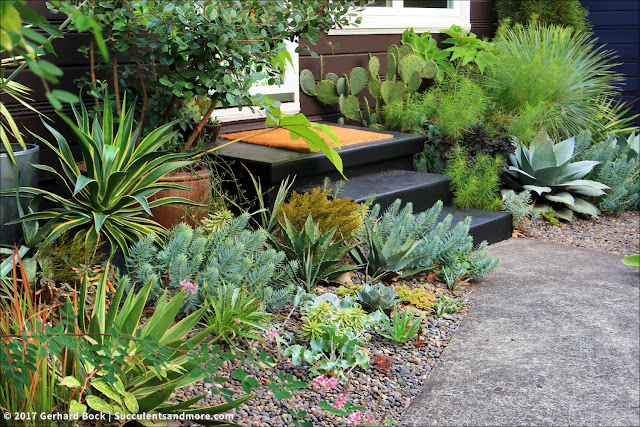 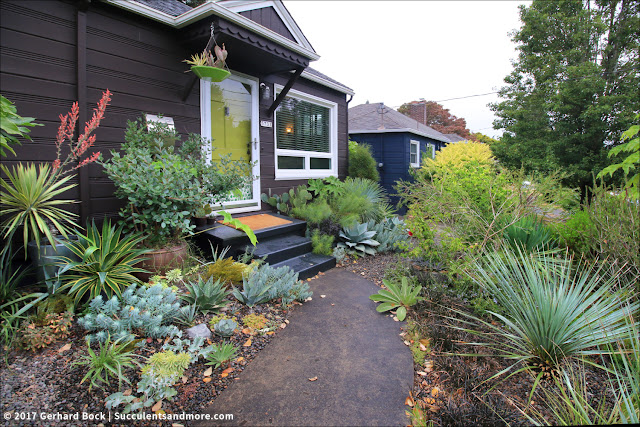 Check back next week for a look at the back garden.