- April 09, 2017
Sunnylands Center and Garden in Rancho Mirage, less than a half hour from downtown Palm Springs, is one of my favorite public gardens in California. While botanical gardens are typically focused on showcasing the diversity of plants from specific geographic regions, the public gardens at Sunnylands are like a giant living canvas. In fact, landscape architect James Burnett was very much inspired by Impressionist paintings. It's all about light, forever shifting and changing; and about color, vibrant and alive. 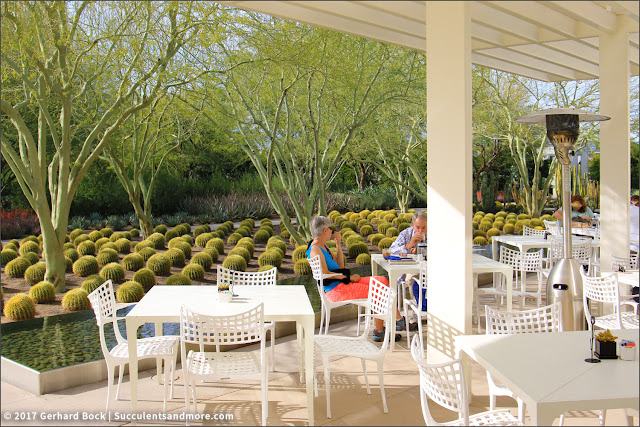 I was happy I got a chance to re-visit Sunnylands during my whirlwind trip to Palm Springs in early March.


Sunnylands is a sprawling 200 acre estate built in the 1960s by Walter and Leonore Annenberg, ultra wealthy philanthropists, art collectors and diplomats, and now managed by the non-profit Annenberg Foundation Trust. Sunnylands has a long history as a venue for informal political meetings at the highest level. Eight U.S. presidents have stayed at Sunnylands; President Obama held informal talks with Chinese President Xi Jingping in 2013.

Sunnylands Center was built after Leonore's death 2009 but it is in the location she had envisioned for a visitor center. Nine acres of gardens surround the Center. The plant palette is deliberately limited: only 70 species of desert or desert-adapted plants. But the number of individual plants is staggering: it's said that over 53,000 invididual plants were put in the ground. Nurseries in Southern California and Arizona had spent years growing them specifically for this massive project. Read the articles listed at the end of this post for fascinating insights into this endeavor. And check out this short video to see jaw-dropping time-lapse footage of the garden construction.

According to the Gardens Guide:


The Gardens are intended as mindful space, where visitors can wander along paths, watch wildlife, relax on benches, sit by reflecting pools, or walk the labyrinth. Plants are arranged in single-specimen beds, which are layered to create visual interest with color, texture, and light. The desert’s seasonal bloom cycle contributes to an ever-changing landscape, assuring new experiences on each visit.

We began our exploration with the Botanic Walk along Entry Drive just inside the entrance: 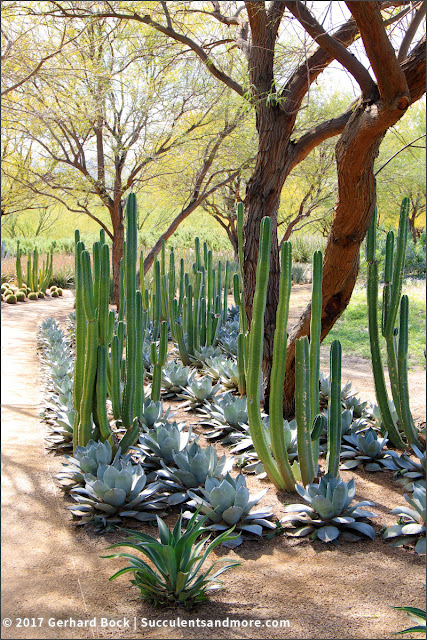 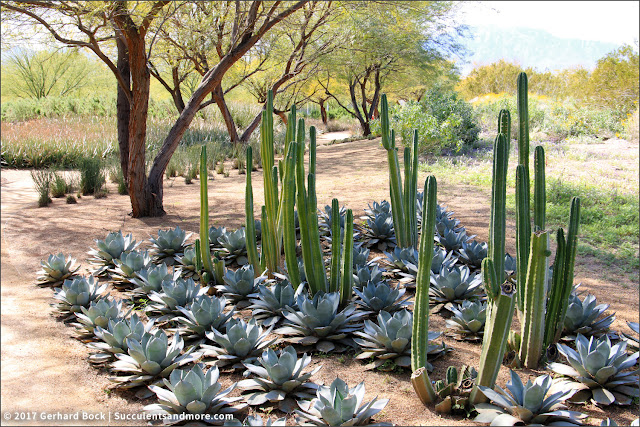 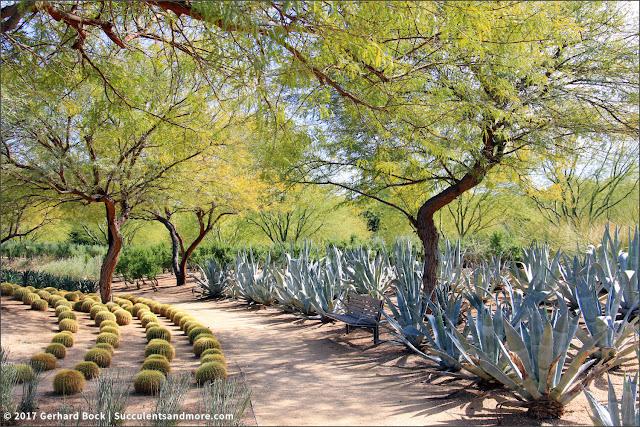 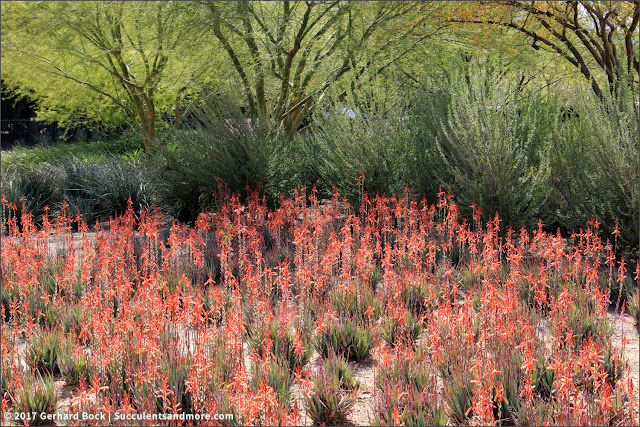 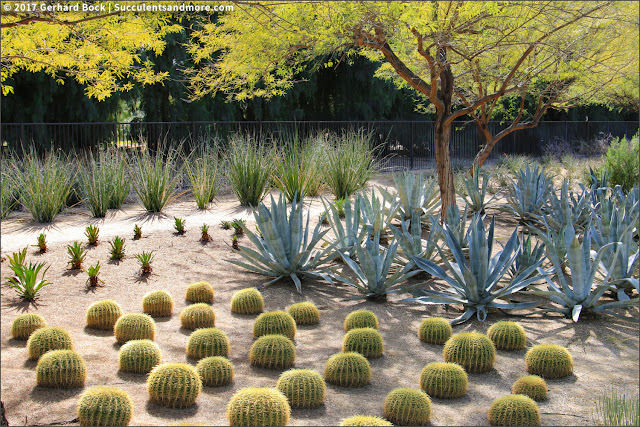 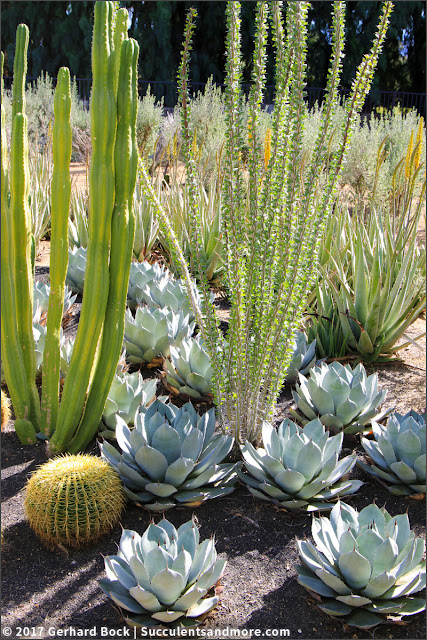 Now we're about to enter the terrace gardens west of the Sunnylands Center: 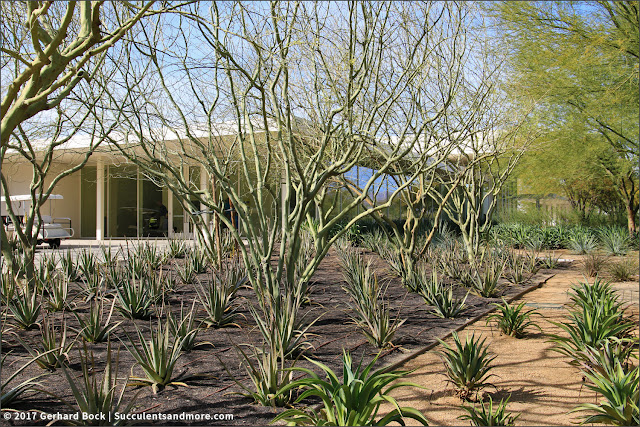 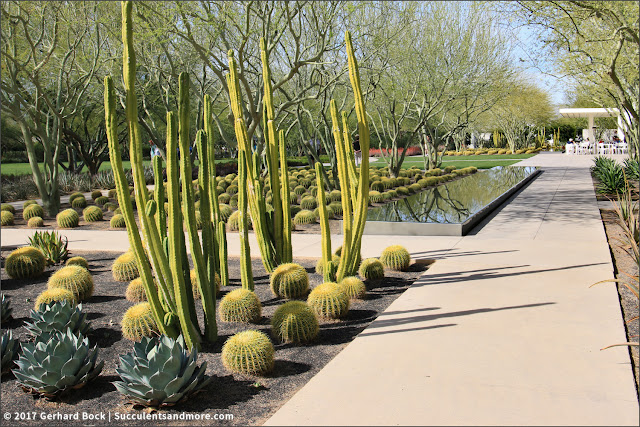 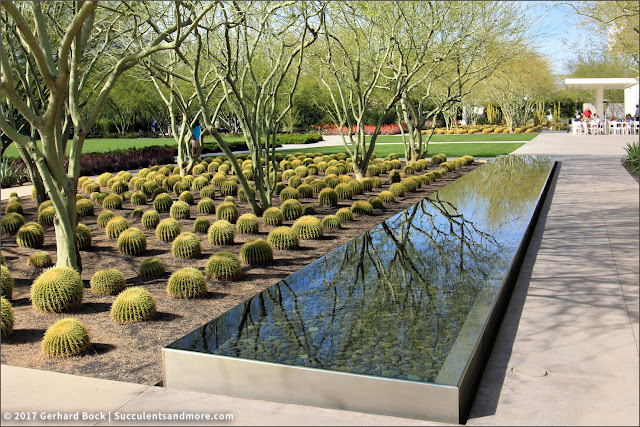 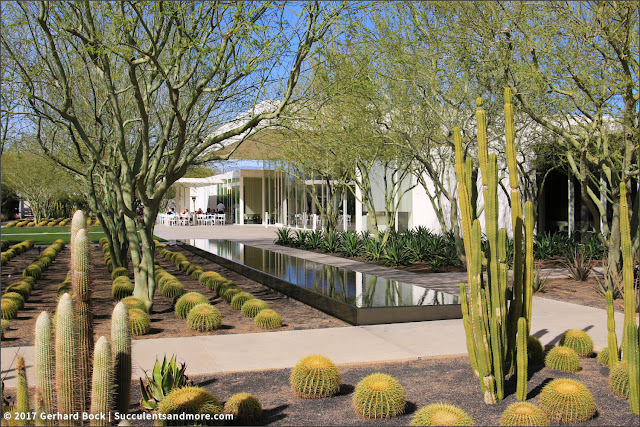 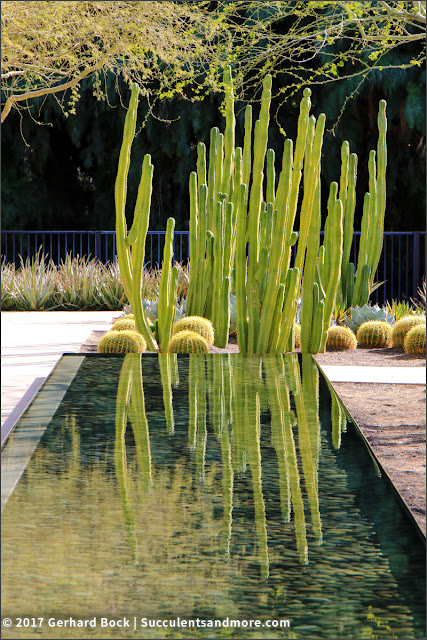 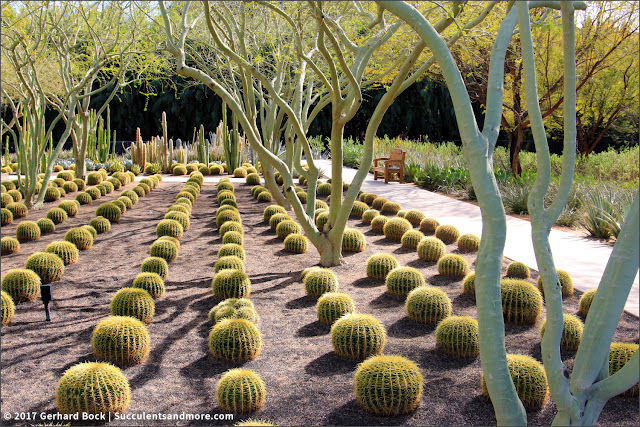 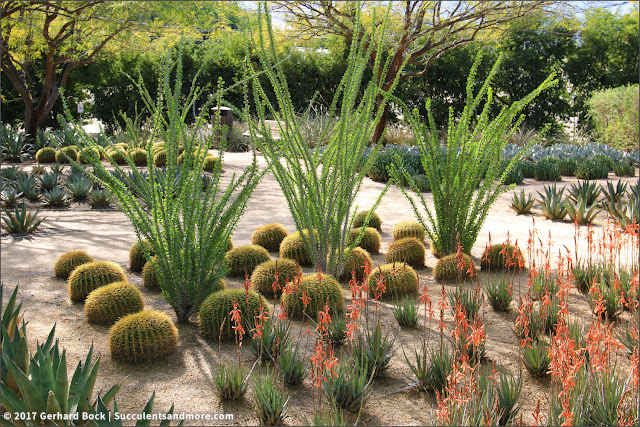 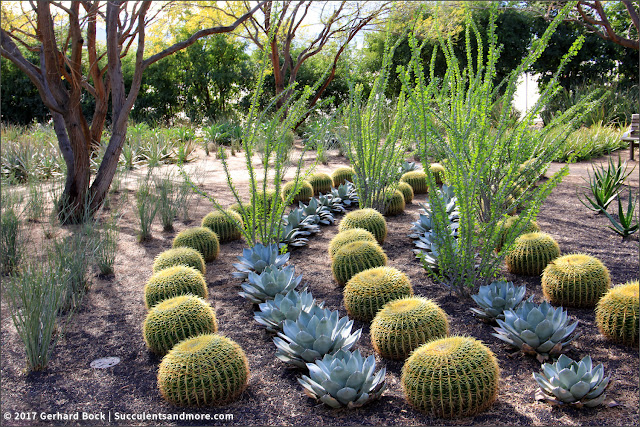 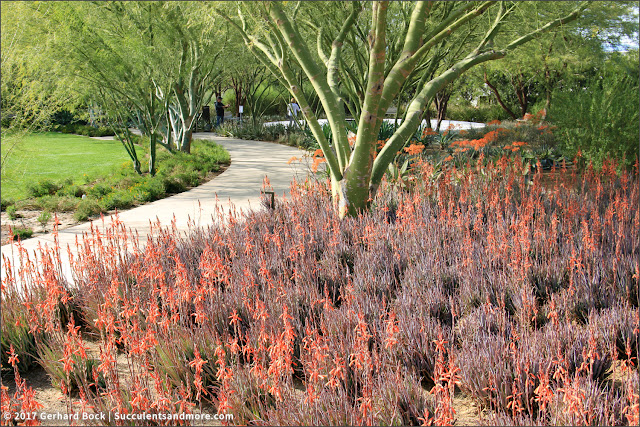 I understand that some people might not like Sunnylands because the design is so formal, controlled, and regimented. These aren't aspects I usually seek out either. But the sheer scale of these gardens and the unforgettable visuals that are part of it are truly unforgettable.