After an unseasonal heat wave a week ago it’s finally beginning to feel like fall. And fall means plant sale time. Last weekend it was Ruth Bancroft Garden’s turn. Their spring and fall sales are always a personal highlight, especially since I use the opportunity to check out what’s new in the garden.

Last Saturday I took a photography workshop at the RBG that allowed us early access (8 a.m.). I’ll show you my best photos later in the week. Today’s post is about the plant sale, which started at 10 a.m.. 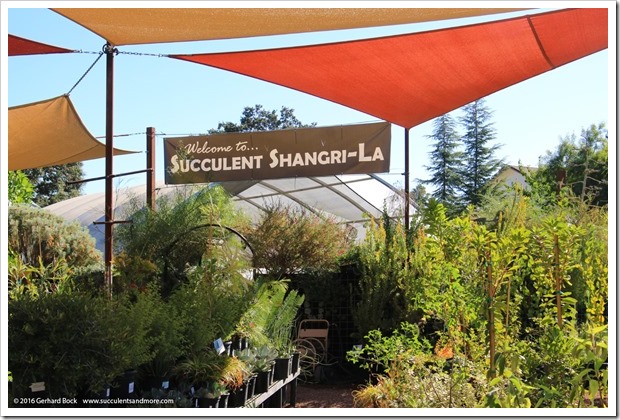 New banner in the nursery

In the “old” days, the plant sales at the RBG were a big deal. The retail nursery was small and only offered a limited selection year round. For the sales, the garden staff brought in a large amount of plants that were not available otherwise.

The expansion of the retail nursery in February 2015 has taken the pressure off the twice-a-year plant sales because the nursery has such a large permanent inventory now. Fortunately, they still bring in special plants specifically for the sales so the thrill of discovering something new is still very much alive. In addition, RBG members receive a generous discount of 20% during the sale, which sweetens the deal even more. 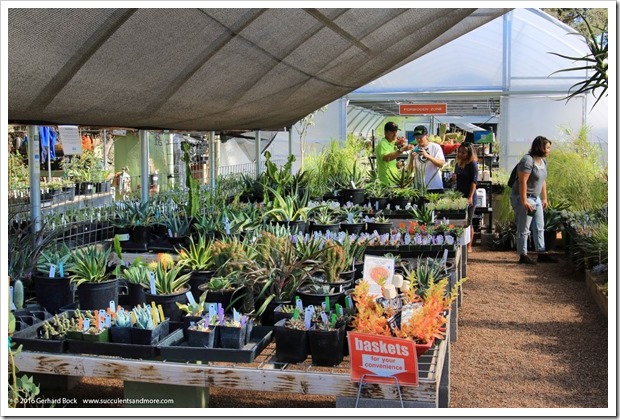 Inside the covered nursery area

The 2016 fall sale is over now, but I have it on good authority that there will be a Black Friday sale right after Thanksgiving (probably Saturday, November 26 and possibly Sunday, November 27). Make a note in your calendar and keep an eye on the RBG’s event page. 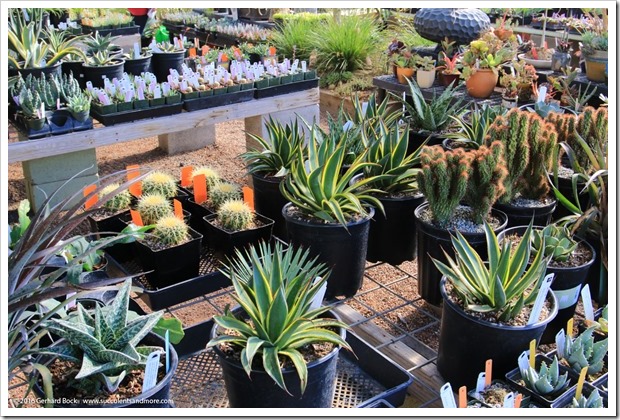 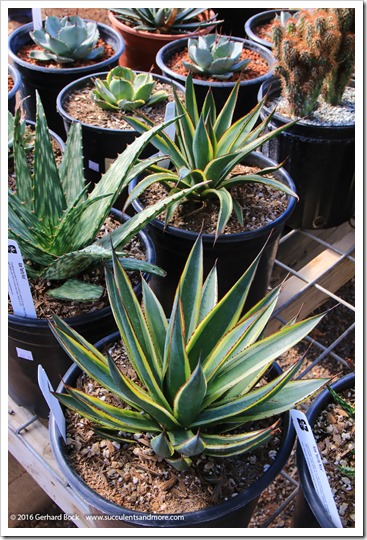 This is the first time I’ve seen Agave ‘Sun Glow’ in a nursery. It’s pricey, but so beautiful! 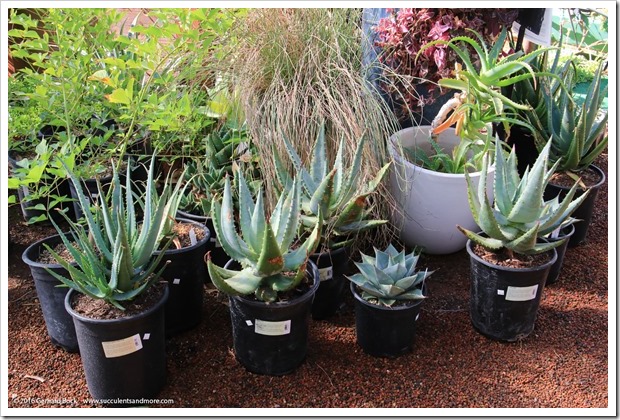 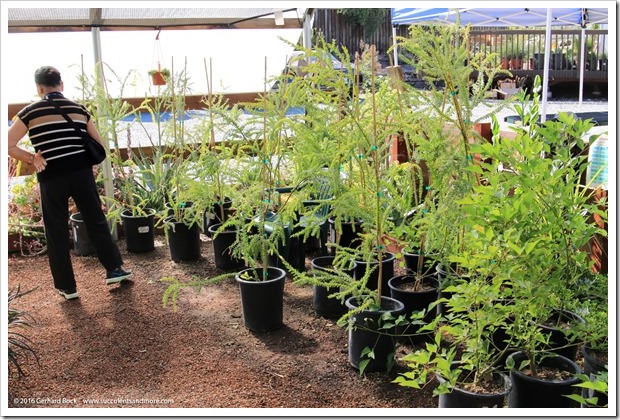 …and trees, including acacias 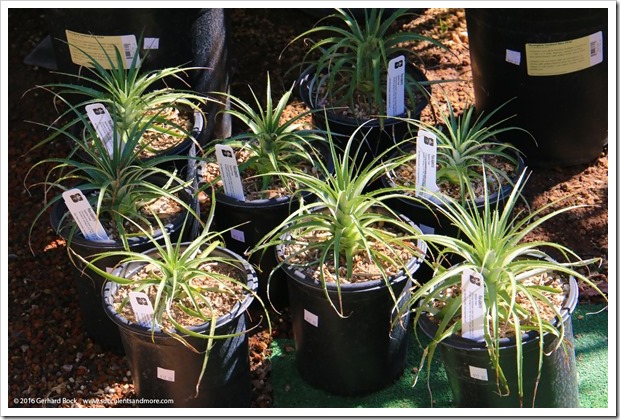 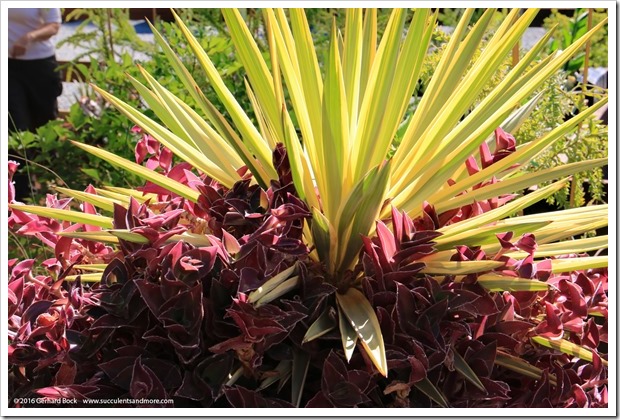 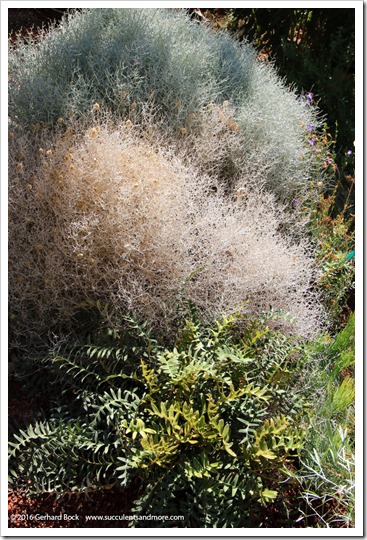 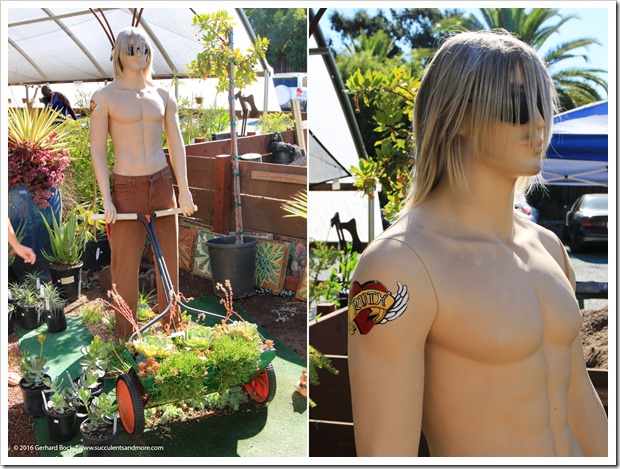 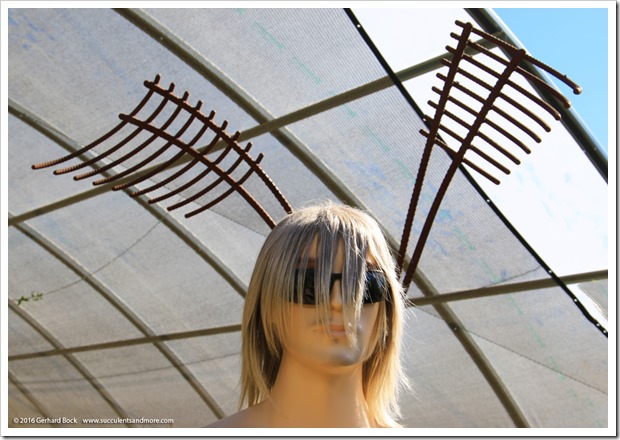 He could be in the Zoolander movies! 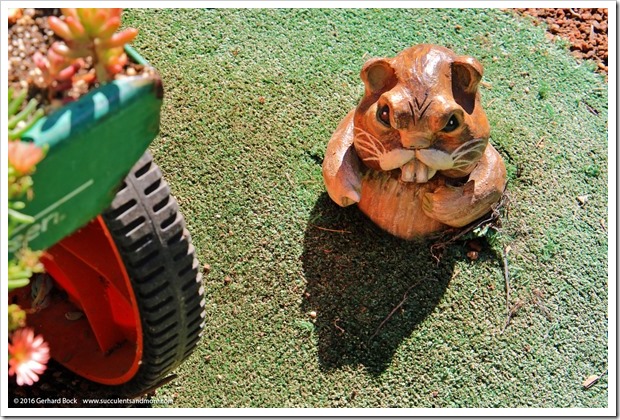 Gopher ceramicus, the only gopher species welcome in gardens and nurseries 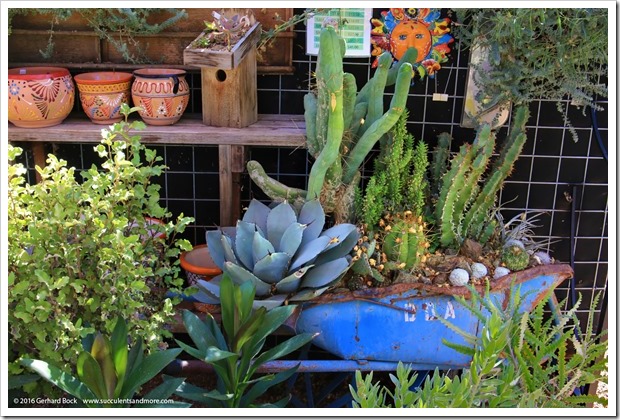 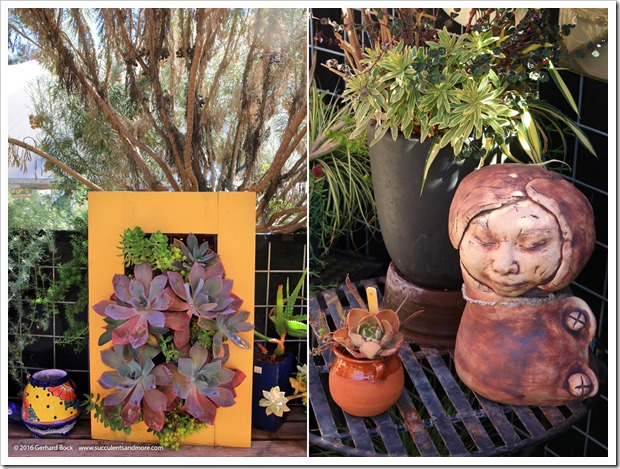 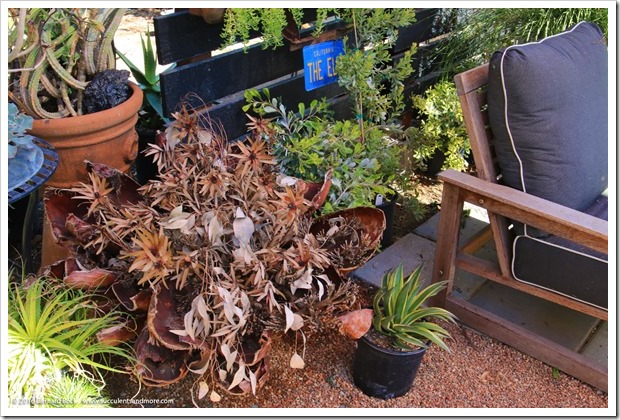 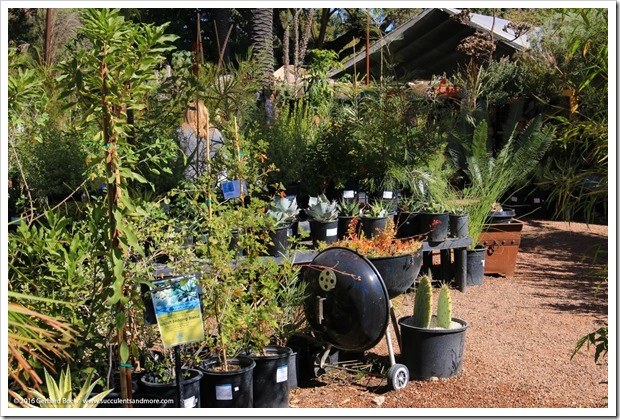 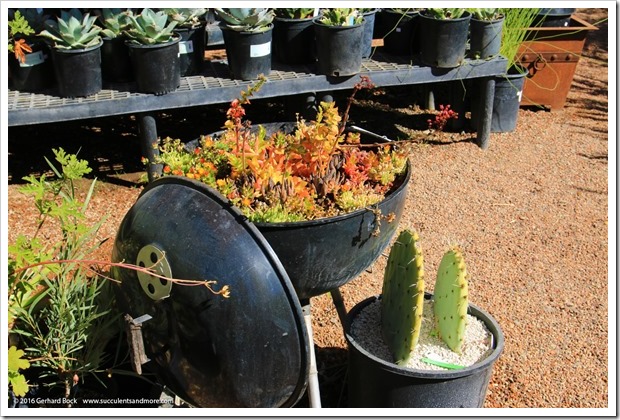 Sizziling succulents on the barbie 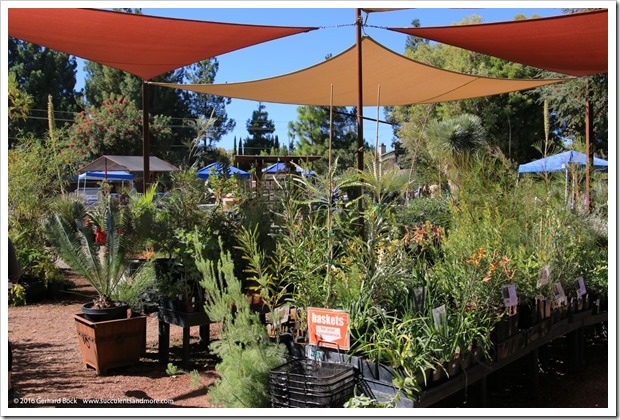 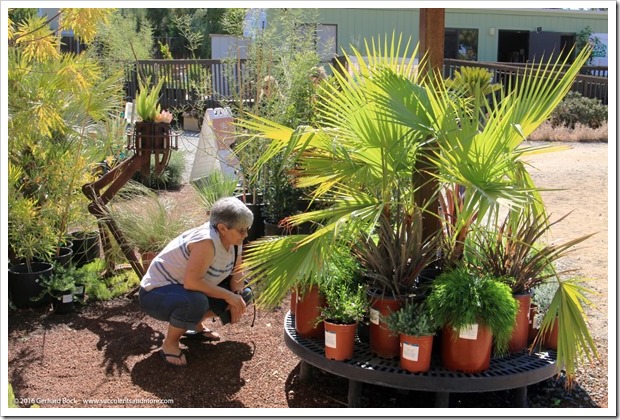 The plant selection at the nursery goes far beyond succulents 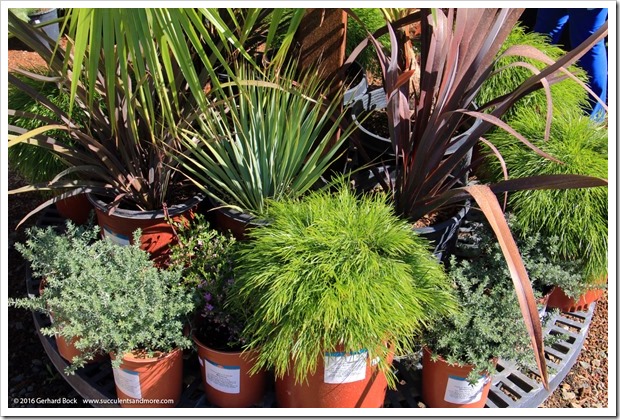 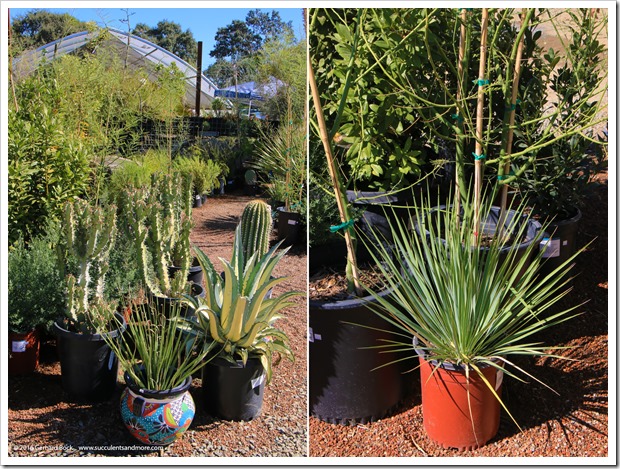 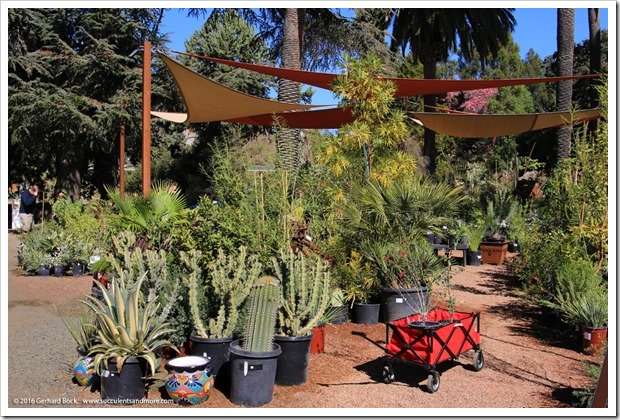 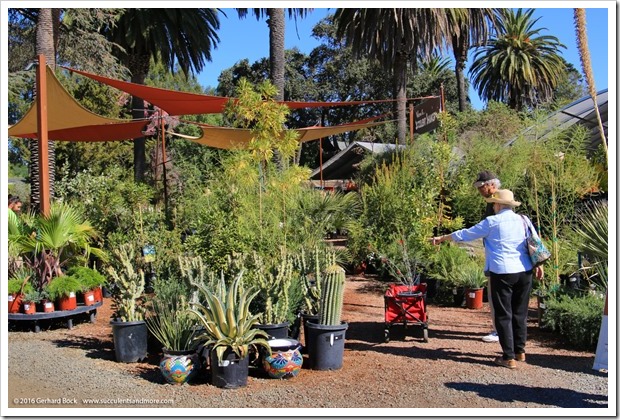 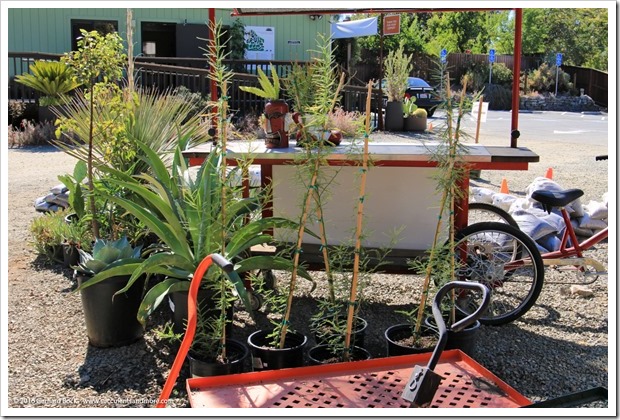 It was very happy to see ‘Desert Museum’ palo verdes in 5-gallon size. Much easier to transport in a car than 15-gallon plants (they had a few of those too). 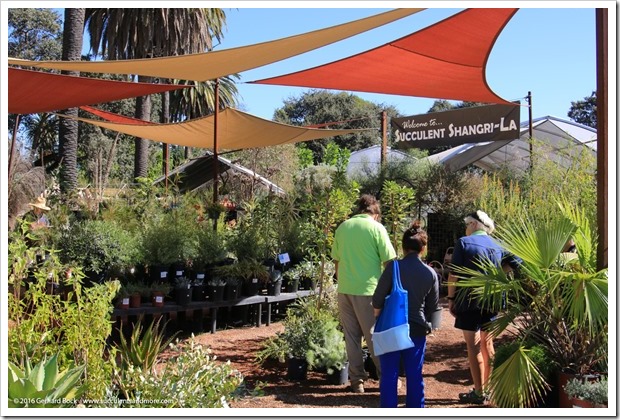 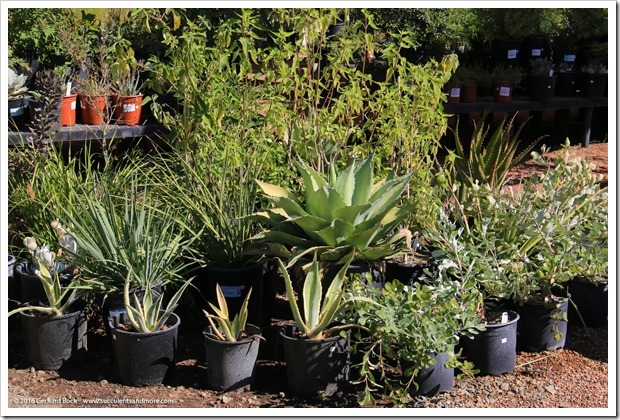 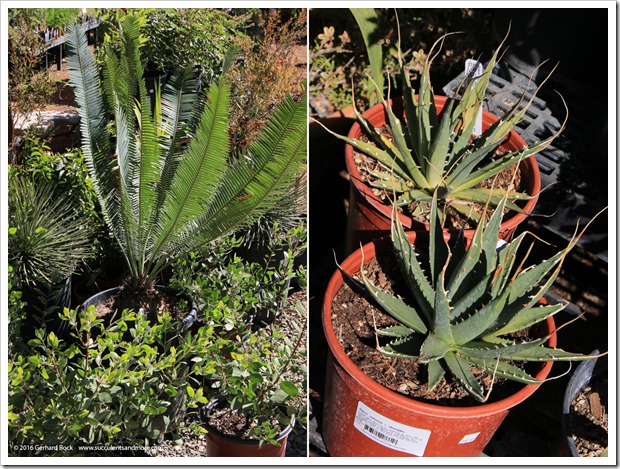 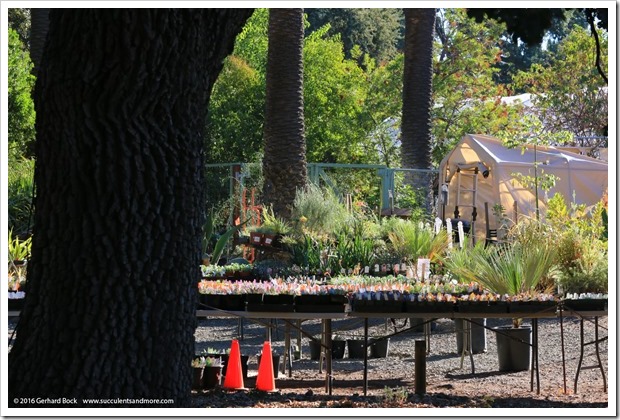 To my surprise I didn’t take a photo of my purchases. I didn’t buy a lot, but I’m excited nonetheless. After all, it’s not the quantity that matters.